Snow coverage not accurate
Where is the Snow? Minneapolis St Paul (KMSP)
Snow in the Caribbean...SMH
Snow all over - with 16 Degrees Outside Temperature in Tivat
Live weather in Madrid ans no snow at all!
Snow sno snow
Snow Not Working
More Snow Problems
Snow and ice in northern part of the world
Live Weather problems
No Madrid snow in the sim today
Question about Snow
Wrong live weather & snow cover in PAJN
Weather in Madrid wrong
Snow line too far south
Snow cover in Chigago
Not snow at all at Sierra nevada mountain (spain)
Turn on your weather server please!
Summer Snow in Switzerland around LSMM
Vistoad December 22, 2020, 6:52pm #2

Agreed. MeteoBlue Accumulated snow coverage map shows snow in the Northeastern US (we just had a large snowstorm). In sim, nothing. It is all green. There are a few areas that show a dusting of snow inland (near KCON). If meteoblue is showing all of this accumulated snow, why isn’t MSFS? Do they not get their data from MeteoBlue?

I live in the Northeast and we got 19" of snow here, It shows in my simulator.

The coverage is pretty sparse. Almost like there is only about an inch covering. My runways are pretty clear, but the tarmacs are covered by snow. Is this what others have?

Here is the accumulated snowfall chart on MeteoBlue. In sim, only the darkest shaded areas depict snowfall. 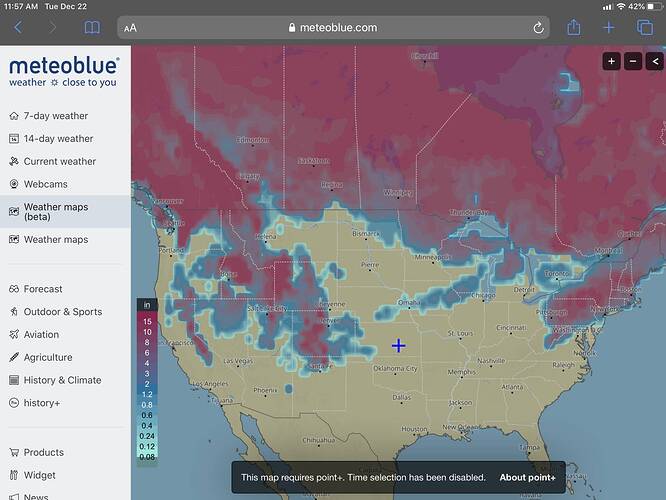 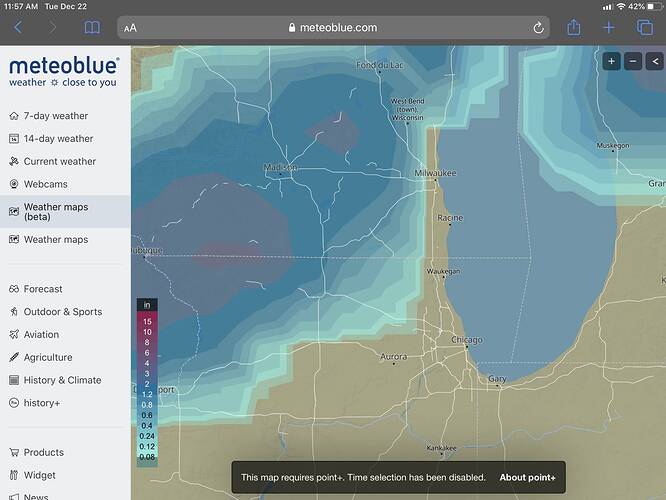 What airport are you loading in at? I checked KBOS, and NYC area. Nothing. Slewing inland, I managed to find a light dusting in the KCON area.

KALB - Albany International. It looks like this thing is still a work in progress.

No it is NOT a work in progress. It simply HAS NOT and still DOES NOT work. So disappointing.

In Elmira, NY today, Dec 22,2020, there is between 10 and 15 inches of packed snow left over from last week’s storm. In fact, every square inch of the state of New York and central Pennsylvania is, at this moment, covered by a dense snowpack. The only places in both states free of snow are roads, streets and parking lots which have been plowed.

I just took off from KELM, and flew north to Seneca Lake and back. There is a small amount of very patchy snow on hilltops and some rural farm fields, but very sporadic. Small farm ponds do appear to be frozen over, but the snow coverage is not even close to current conditions.

The sim definitely has the ability to create dense snow cover on all exposed surfaces when using the custom weather menu, but that is not what is being provided by Live Weather.

On the MeteoBlue web site, they have maps showing accumulated snow cover and snow depth, and I thought this was what would be used for the new MSFS snow system. There is no question that MeteoBlue has this data, but it is not being correctly injected into the sim environment.

I tried both KEWR and KTTN, no snow either.

I just tried KHLN. No Snow… 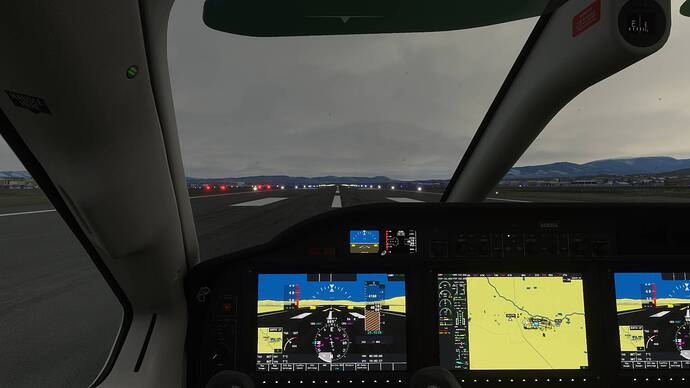 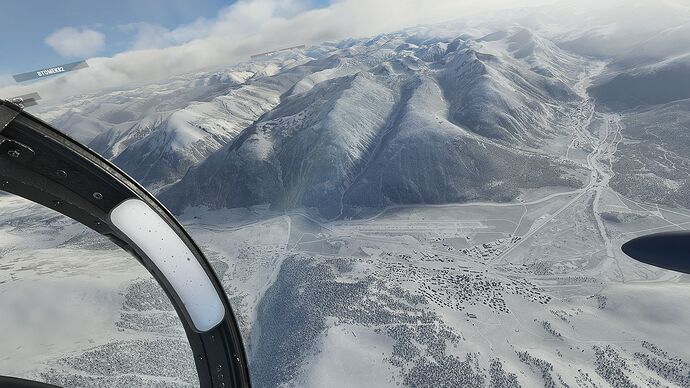 If all the roads would be so much covered in Snow there would be a riot against the government. 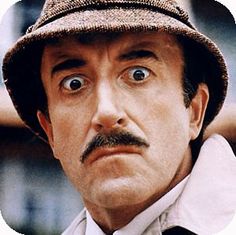 That is exactly how the entire state of New York should look right at the moment, but does not. I don’t expect the weather system to be so sophisticated as to have snow on the ground, but leaving the roads uncovered - that is probably too much to ask.

I’m glad to see that the new “snow already on the ground” feature does seem to be working in at least some locations, but it should work anywhere that the MeteoBlue accumulated snow database shows snow has fallen. Hopefully this is something that can be adjusted server-side.

I’m pretty sure you’re talking about something else. This thread is about a brand new feature which is supposed to show accumulated snow on the ground. It’s doing it, but only a teeny bit. It can’t have worked in the past because the feature didn’t exist. It needs some tweaking.

I’m pretty sure you’re trying to say the weather engine doesn’t snow when it’s supposed to? Sorry you’re so disappointed.

And now we understand how the software made it out the door. The guys flew locally, but didn’t bother to look at the rest of the world. While France and the local area is fine country, there are more countries they might want to check out before the release software…

But, whatever, I’m still having fun

What bothers me more are the new elevation anomalies that are everywhere now.

And now we understand how the software made it out the door. They guys flew locally, but didn’t bother to look at the rest of the world. While France and the local area is fine country, there are more countries they might want to check out before the release software…

The MeteoBlue accumulated snowfall map on their web site does show snowfall accumulation and depth for the entire world, so if the new feature works anywhere, it should work everywhere. There is a very small amount of snow in-game in upstate New York, but just a light dusting. The MeteoBlue website snow map does (correctly) show deep snow cover in central New York. I’ll check again tomorrow with a new forecast cycle. Since this new feature only went “live” with today’s update, maybe the snowfall data is not yet fully included in the Live Weather data feed.

I agree. I imagine there’s a bug. It looks to me that they are only putting snow in the US where it’s dark red and deeper.

do you mind posting what Europe looks like right now, St Moritz in particular?

agree. I imagine there’s a bug. It looks to me that they are only putting snow in the US where it’s dark red and deeper.

The problem is that my local airport is in a deep-red zone on the MB accumulated snowfall map, and indeed there is about 10-15 inches on the ground even 5 days after last week’s storm, but in-game, just a few patches of snow. here and there in rural fields.