Summer Snow in Switzerland around LSMM

No developer mode in use

Souround the airport LSMM (Meiringen) Switzerland (15km Radius) scenery is covered with snow in Live Weather in Live weather. Since several weeks we do have temperatures above +20C currently +30C during the day and snow is gone several month ago in real life. Can you please check. Lake Brienz is frozen even with wather temperature >15C. 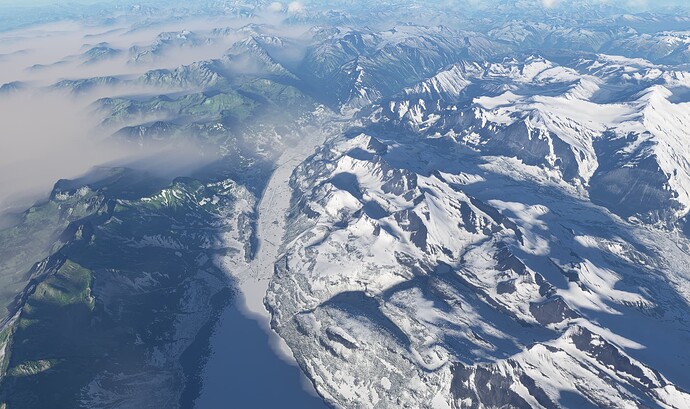 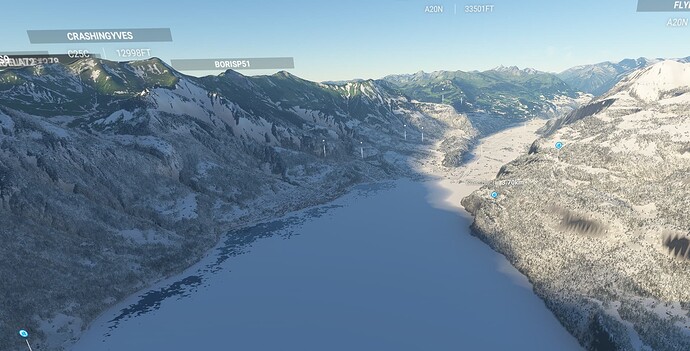 Build Version #1.26.5.0 and the version before when I first started experiencing this issue:

I have two independet installations and both have the issue

Unfortunately very little …
Live Weather in general - and snow cover in particular - have been a constant pain in the “you know what” …
Also the fact that lakes and rivers are covered with snow in the winter has been a mentioned many times. It’s just a matter of “report and hope for the best”

you can vote here:

Okay, I get it, Alaska is cold. Even in the summer it can be chilly. Like today, I took off on a flight from Unalaska Airport (PADU) in the Aleutian Islands, an it was a brisk 56F according to the weather report. Decided to do a water takeoff. But…my aircraft was stuck in the ice. In the summer. In the central Aleutians. A quick check of the FAA weather camera for Unalaska shows no snow or ice anyhere to be seen…because it’s late August. It’d be weird for there to be any snow, let alone an iced …

Please tag your post with #pc and/or #xbox. #pc High End Are you on Steam or Microsoft Store version? Steam Are you using Developer Mode or made changes in it? no Brief description of the issue: Iive weather show snow when its not supossed to be the season

There surely are more topics on the problem, but I can’t be bothered to search them all now.

I think main thread about snow issue is this one Snow Cover or No Snow Cover, your post should be moved there.

I have two independet installations and both have the issue 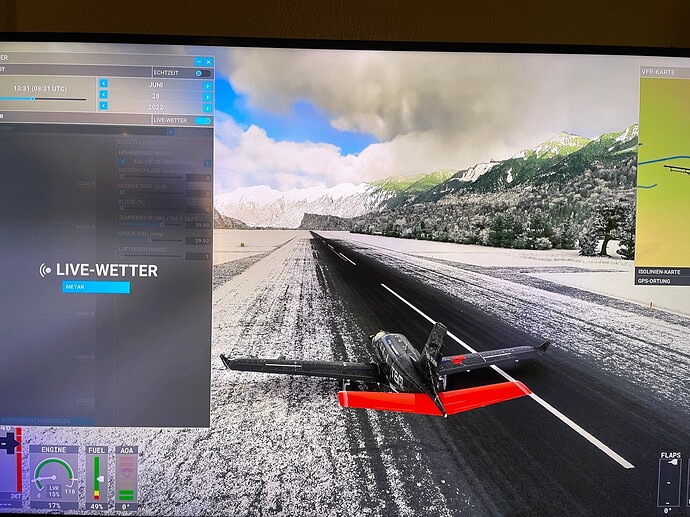 I have the same problem and I hope Asobo is going to do something for that.

I don’t uderstand how it can be so complicated to correct… 800 m AGL + Summer = Snow Ban, for the 2 or 3 times it snow in decades it’s better to have something right for the 99 % of the cases.

Well, first the issue needs to come up in a Q&A where everyone says that they are not aware of the issue.

Then comes another Q&A where they say the saw the issue and are about to fix it.

Then comes the next SU where the issue is supposedly fixed but isn’t, because they didn’t quite understand what the actual issue was and fixed something else (and broke a couple of other things).

Then we can start talking about what hopefully will be done about it.

That seems to be the usual process with weather issues.

passing Brünig it was ok again

Same here. Parts of the central european alps are snowcovered today…for some reason, which for sure is totaly wrong and Asobo never will get it.