Snow partially at low altitudes at 19°C in LOWI

Are you using Developer Mode or made changes in it? NO

Brief description of the issue:
With live weather there is snow on the southwest of LOWI airport, altough temperatures are at 19°C. snow in may would be ok on mountain tops above the treeline, but snow is visible in very low altitudes. the odd thing is, that snow is not on the same levels on the northern mountains of LOWI airport and southeast.
if i select weather preset clear or scattered, etc… everything is green. if i manually set a snow layer, eg. 7… the snow evenly distributes all around the airport (as i would expect) and on every altitude level evenly. (also note on the screenshot that the snow at live weather is a little bit greyish compared to the manually set snow).
everything is also given in the screenshots (live metar data, aerial views, weather presets. 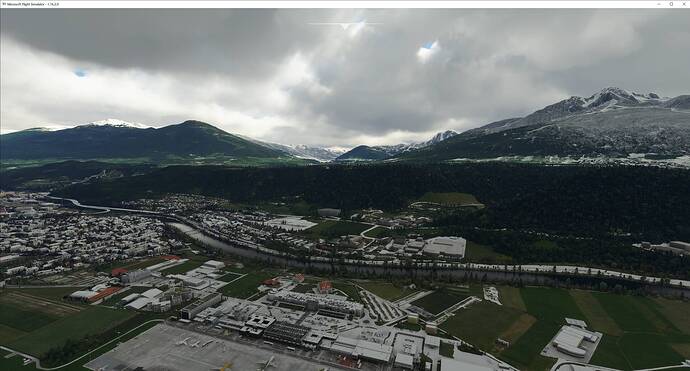 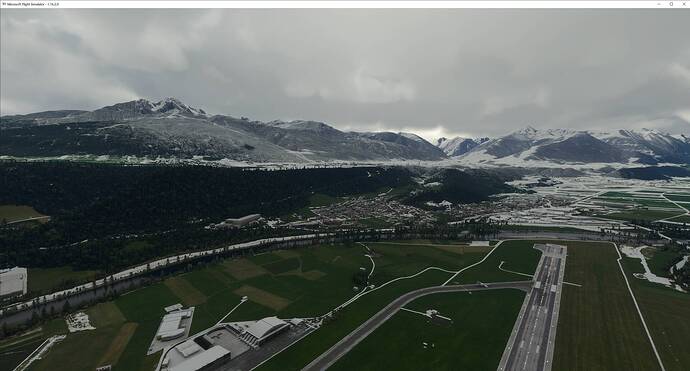 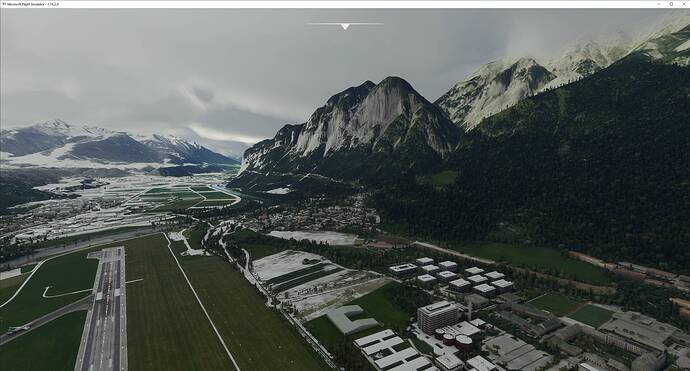 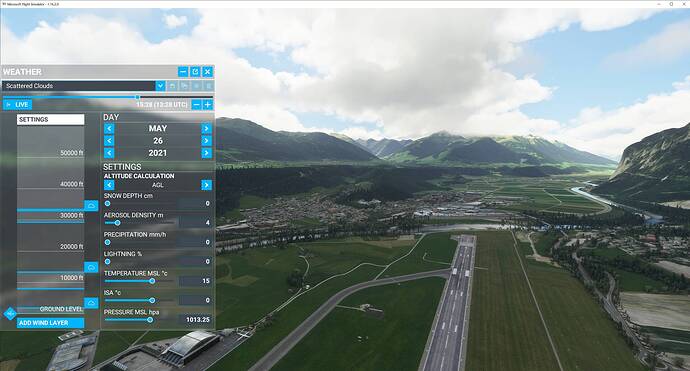 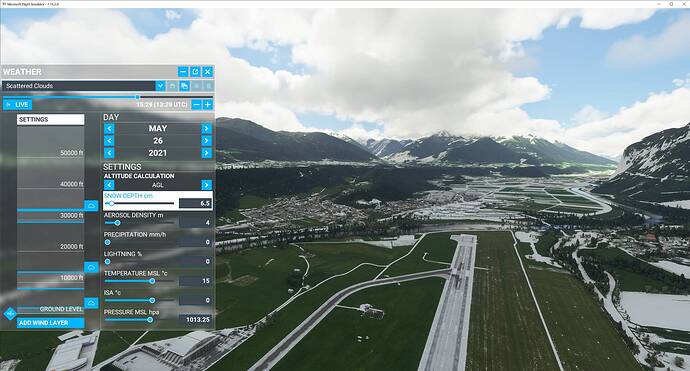 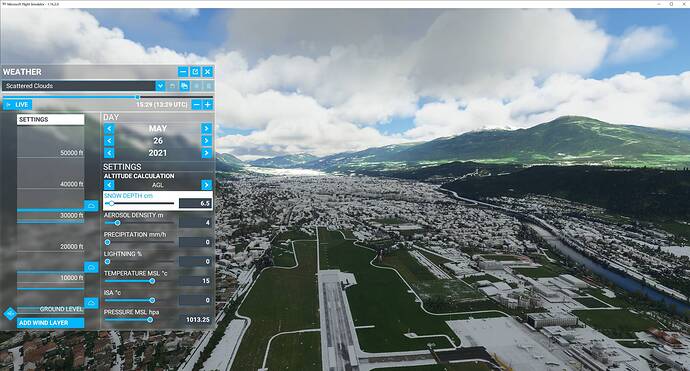 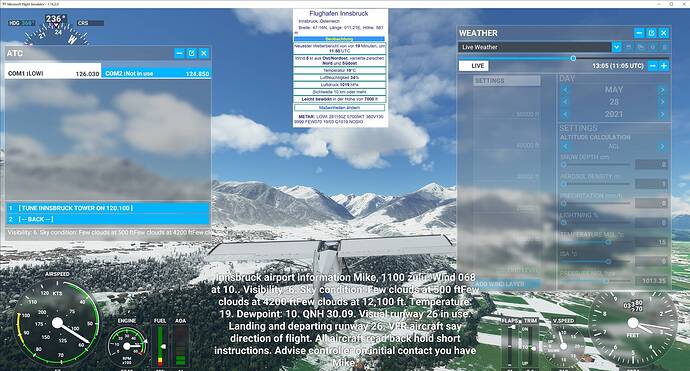 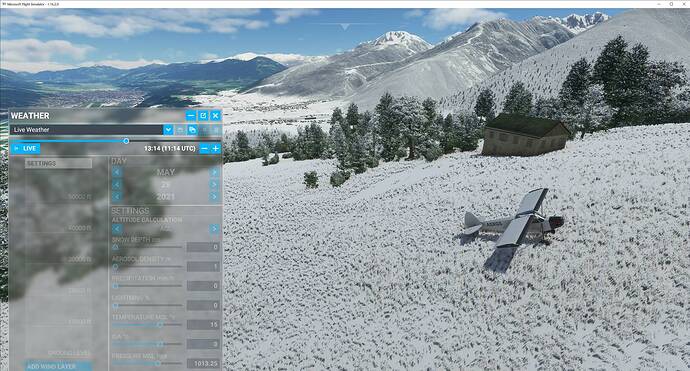 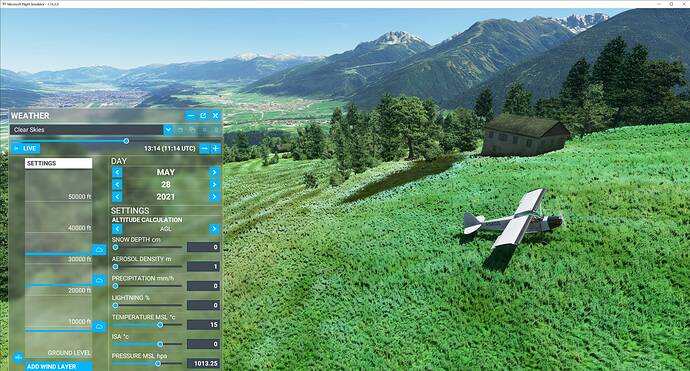 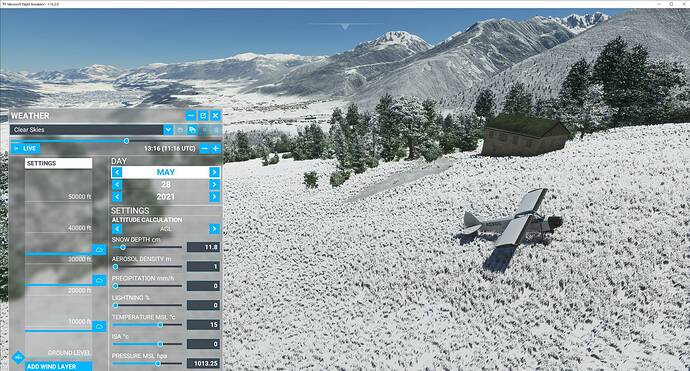 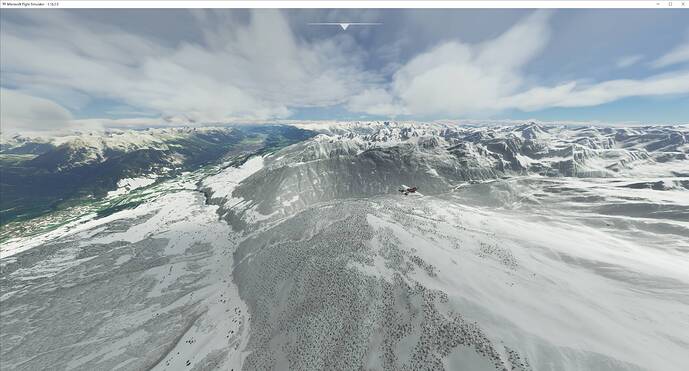 Detail steps to reproduce the issue encountered:
Load a flight at LOWI and select live weather. changing weather preset to scattered or clear will remove the snow.

Are you on the Steam or Microsoft Store version?
Microsoft store

Did you submit this to Zendesk? If so, what is your ticket #?
not yet

THANKS for any hint!

here is a video of the issue: https://www.youtube.com/watch?v=umUE8A1wWlo

Accurate weather is broken in the sim. Always has been since release.

is in LSZS the same snow at +13 degrees

Snow in the alps is generally total wrong in these months. No matter if LSZS (Samedan), LSGs (Sion), etc.
All the airports in the swiss alps are still covered in deep snow in the Sim. But IRL its 26c and definitely no snow again.

was fixed with the last update like many other things 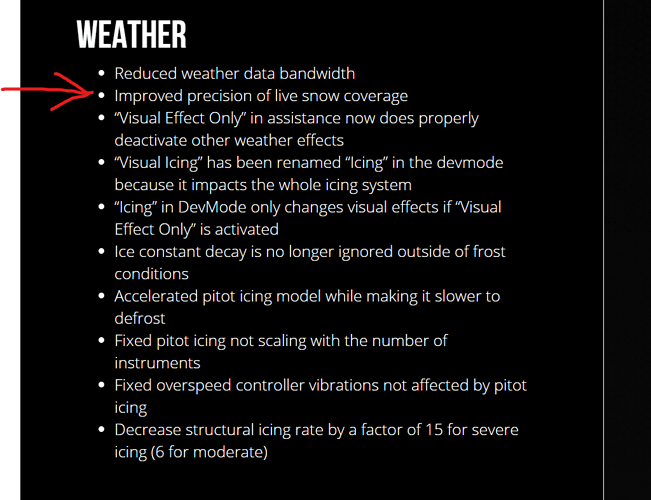 I really want to know where the server gets the information of the snow coverage from.
Because Meteoblue’s maps certainly don’t show any snow anywhere near LOWI.

I find such contributions unnecessary. Otherwise nothing constructive to contribute? You make fun of the TO!?!

I live in the Alps and it’s a pretty annoying problem.We haven’t had any snow here for 2 months … , but it stubbornly persists in the MSFS. Another example of what doesn’t work in MSFS. It slowly hurts … And annoying

I voted, although I don’t have too many hopes that it will be repaired. At the moment they seem to be busy with other “things”

Could it be that you confused Meteoblue with Bing?

I live 5 km away from LSZS and every time I fly home there is snow, should I cry because of that? I have not claimed in the release that the snow cover was fixed complain to ASOBO and create a tiket or take it with humor
censoring is also a solution

I’m not confusing anything. Meteoblue has the data for current snowcoverage and depth.
But for whatever reason the sim doesn’t read that properly.

This is new to me, thanks for the info.

Until now I thought that Meteoblue is all about weather data.

+27c at Innsbruck right now, and there is still snow nearby to the airport! Ridiculous.

Looks that it fixed now, in my case.

Jupp must agree with you, I was wrong.
I was happy too soon …

also greetings from St.Moritz
are you not in Winterthur ?