So I tried the Nvidia Studio Driver

I’m back on the current game ready drivers and so far my performance has been really good with DX12 however still some noticeable fps drops at payware airports.

I’m sitting at Orlando ATM with the Fenix A320 in cloudy live weather.PMDG performs better than Fenix even under DX12.

The settings I changed:

Texture Resolution is set to High instead of Ultra. SuperSampling is lowered as well.

Live AI traffic is now off.

I am having the same issue running on a RTX3080. vram gets eaten up and frames drop to half they started with originally.

I think you’ll find that even 12GB will get consumed by MSFS, having seen reports of over 20GB being consumed on a 24GB GPU.

I’d hold off upgrading to a GPU with more VRAM until we fully understand where Asobo are going with VRAM optimisation in DX12.

On my RTX 2080 Super with 8GB of VRAM I get perfectly smooth fixed 30fps in most areas that I fly, the only exception being London…

I had the absolute WORST experience with the Studio drivers, unfortunately. I got super high GPU times (100ms+!!!) and had to roll back. In fact, roll back via GeForce Experience got stuck on the “preparing to install” so I had to manually run the EXE for the GRD driver and do a clean install.

I am now tempted to do this again, but with the studio driver but with a CLEAN INSTALL. Will report back if it helps 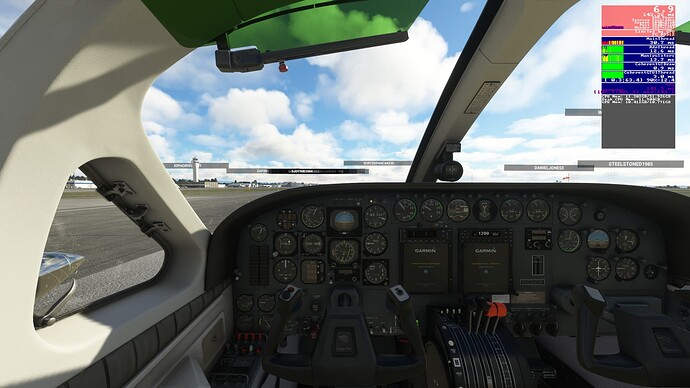 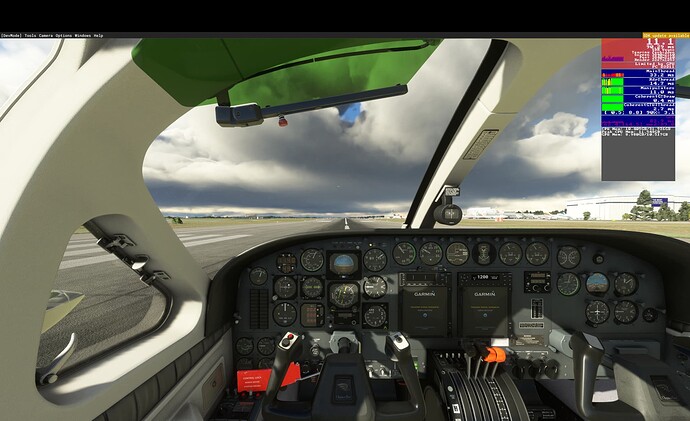 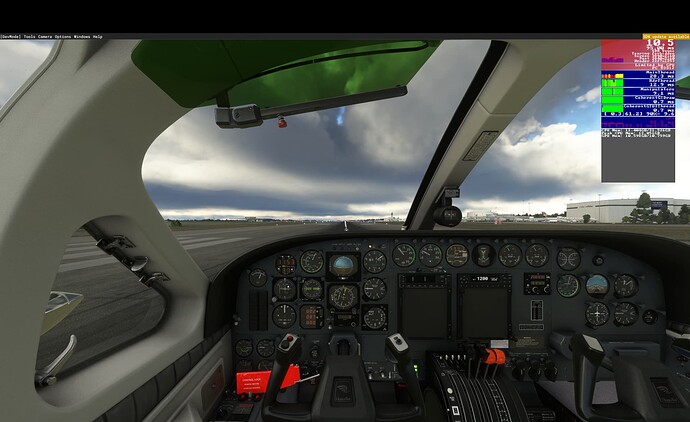 After validating my 516 drivers/DX11 was copacetic coming out of SU10 Beta, I took the plunge and updated to the Studio Drivers and went to DX12. So far, so good. I’ve not seen a penalty in forward view FPS or external FPS. I did note that with my hat switch set to eight-way view from the cockpit, turning to look to the side or quarter-rear views seemed much smoother than the previous settings.

I did note some artifacting on both fences at the Gaya KBID (just some high reflectivity flash) as well as some just-barely-noticable weird texturing on the water occasionally - not discolored, but just some odd texture that didn’t quite match the wave patterns - it would come and go.

Not bad for a Beta, but I need more hours with it under different lighting/weather, which I’ll get since I fly Live WX all the time.

Runs well for me, not blurry or ghostly on balanced, super or any other setting.

Switch to low end and see what it does on your system from there move upwards by manaully change settings.
But if you change terrain resolution make sure you restart the sim and then dont switch the other to
Ultra immediatly but build it up step by step sometimes up sometimes down use the tlod and dlod sliders for tweaking and tunning

Ah; the question was about DLSS.

I am going to second this post.
The difference between the latest game ready driver, and the new studio driver, is night and day.
Don’t delay… Download the studio driver today

Actually, the latest (517.48) game ready driver dropped today. I installed it and on my rig it is identical in performance to the previous studio driver. There are a few additional switches in the graphics settings, that’s about all. Frames are good (55-60-ish) and smooth as butter with DLSS and DX12. Same as the Studio Driver.