So I tried the Nvidia Studio Driver

I was just meaning in the driver its called a program. I wasn’t trying to debate about game vs simulator. The discussion was about the display driver and i was pointing out that the studio driver refers to MSFS as a program not a game (or simulator)

The real reason I posted this is to tell folks, if you are waiting for the game-ready driver, you should consider trying the studio driver in the interim. Whatever the differences between the two drivers are, the SD has merit and is effective at taming the DX12 hickups and stutters that plague a lot of folks. It is also beautiful, visually. I used to have enough problems with DX12 as to make it unusable. Not anymore.
Thanks for reading-

It only works after a restart.

You are absolutely right. These drivers have cured the tiny stutters I used to have when panning around the cockpit and the whole experience is incredibly smooth now.

Interestingly my GPU memory usage rarely tops 10GB when I have a 24GB 3090 but I am glad I installed this driver even if it only for a few days as I’m sure I will switch when the Game Ready drivers are available.

edit - Actually I was wrong, my GPU usage just went up to 13.70 GB when flying through central London, which by the way was the smoothest it has ever been.

Would I be better off downloading the studio driver before actually updating to SU10? I haven’t had a chance to be on the computer this week too busy working.

Thanks for the info.

edit - Actually I was wrong, my GPU usage just went up to 13.70 GB when flying through central London, which by the way was the smoothest it has ever been.

Same here on a 3090, although it seems VRAM consumption on DX12 when using the new studio driver is slightly higher. There’s another thread about results of using the studio driver, and I posted two comparisons here:

There’s something interesting about the 517.40 studio driver from Nvidia. Using DX12 with a 3090, I’m seeing an increase in FPS compared to the previous driver, as well as reduced stuttering while panning. However, this seems to come with higher VRAM usage, where I’m seeing >1 GB of more VRAM usage compared to the previous driver. I suspect this is due to the enabling of DX12 memory optimization features with this new driver, as detailed in this post below. This seems to suggest the new 517.40 s…

Thank you very much

I guess this settles it.

Thanks @KStarfightrr I’ll give it a try after work!

Well now that Nvidia confirms it I’ll take the plunge and test the driver.

Yes, the glass cockpit digital text items are still blurry, a bit, even with the sharpness slider set to 200.

Let us know how it goes!

No guarentee I’ll get good results because I’m on an older 8gb rtx card but let’s see how it goes.

Update: No stuttering when panning like DX11 but significant fps loss due to running out of VRAM. That was tested with Fenix A320 departing payware DD KDCA.

The studio driver is good with DX12 but still some stutters. Nothing like the first update of SU10 beta was. 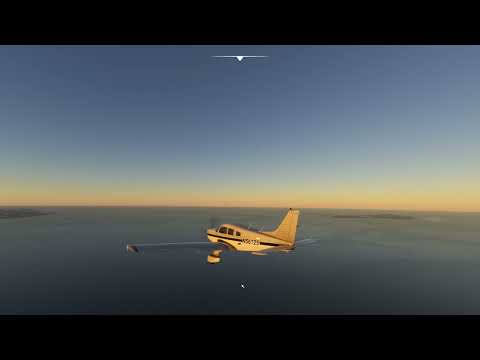