In this epic leg we start from the sunny beaches of Malaga, and warm up with some rolling hills, picturesqe towns and a few landing challenges. Then we climb up to a 7000 ft ridge, to what can affectionately be called a “target-rich environment” for mad mountaintop landing fun. After finishing with the playground, we regroup at a proper bush strip and swoop over some plains and twisty river valleys to Granada airport for a short break.

After the break we begin with flying over the magical Alhambra palaces, of which Sleepy Hollow scribe Washington Irwing wrote fondly in his short story collection “Tales of Alhambra”. Then it’s time to grab the climbing gear, hold on to the mixture controls and flip on every de-icing switch as we start the climb to 12000 ft to reach the highest peak of continental Spain, called Mulhacén, in the Sierra Nevada range. We celebrate passing the ridge with more wild landings, and a special mad downhill course before cruising into Almeria over some hills and windmills, where we finish the flight.

In-Flight Entertainment: The plan is to spot interesting and fun places to land along the way and watch as hilarity ensues. Also: mad downhill course.

IMPORTANT NOTICE ABOUT LOADING FLIGHT PLANS. Due to the nature of how FS2020 loads flight plans, if you load the plans in the sim, it will place you on the runway. If you CHANGE your spawn location, the flight plan will turn into a straight “DIRECT GPS” line flight. I suggest, leaving the flight plan as it is, spawn on the runway, but get out of the way ASAP and park somewhere nearby.

Here’s what to expect:
A taste of Leg 2 and the first half of Leg 3: 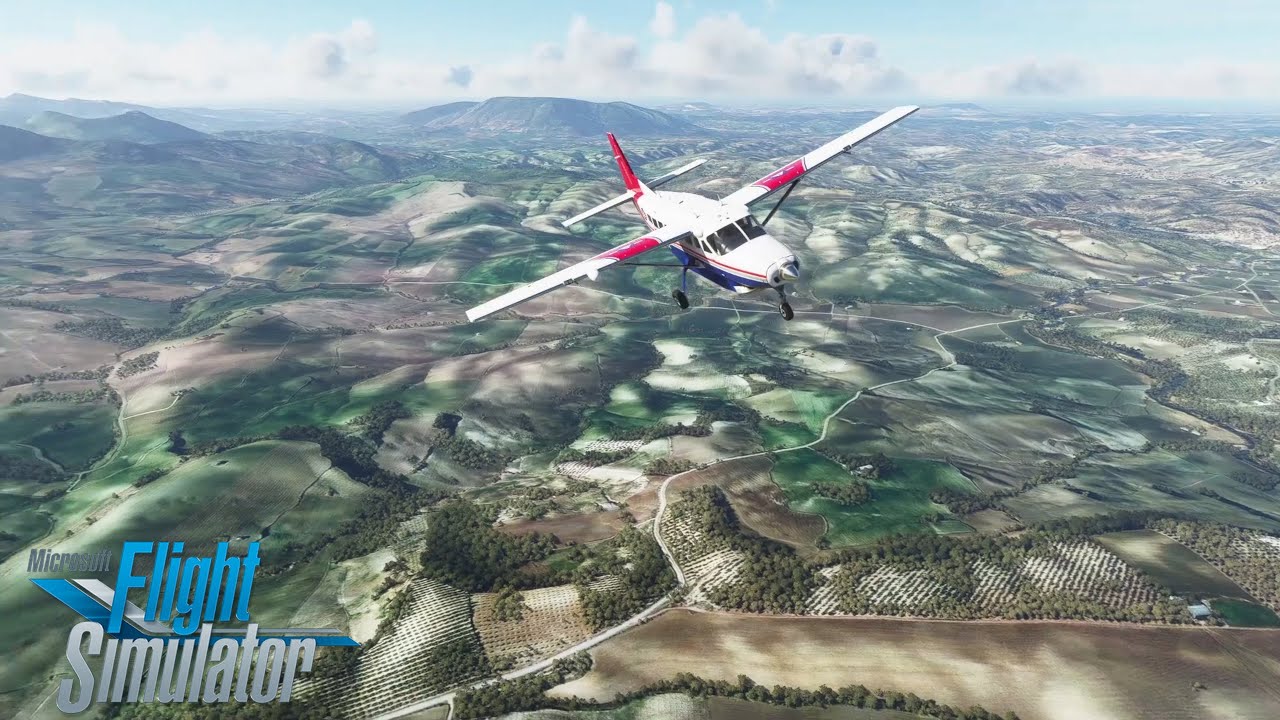 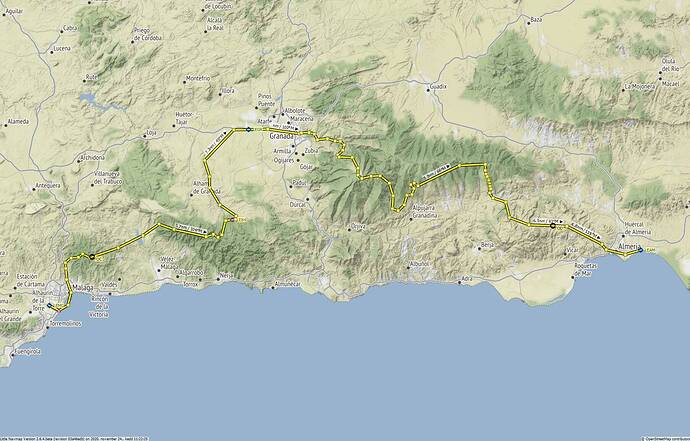 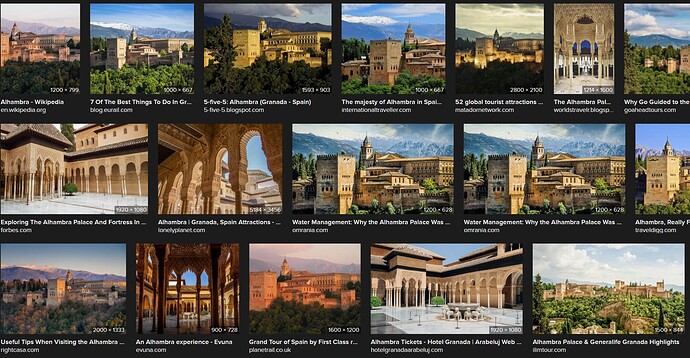 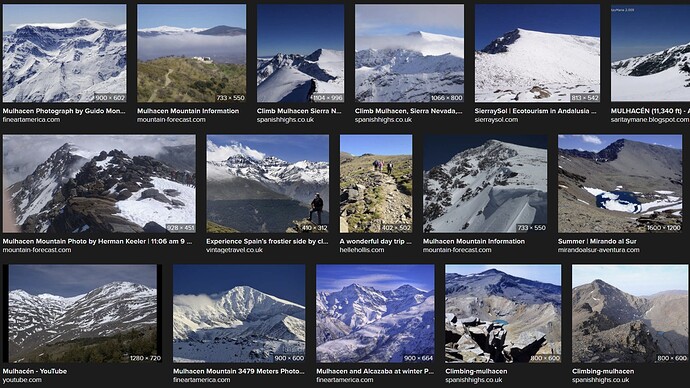 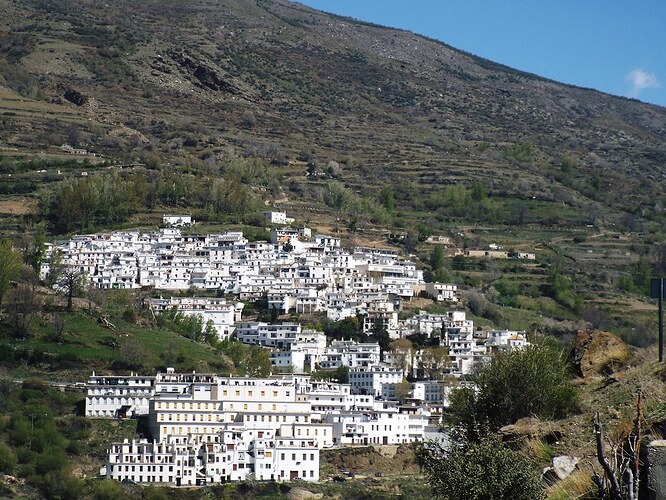 That ahh, scenery from in game looks very good

All in good time… 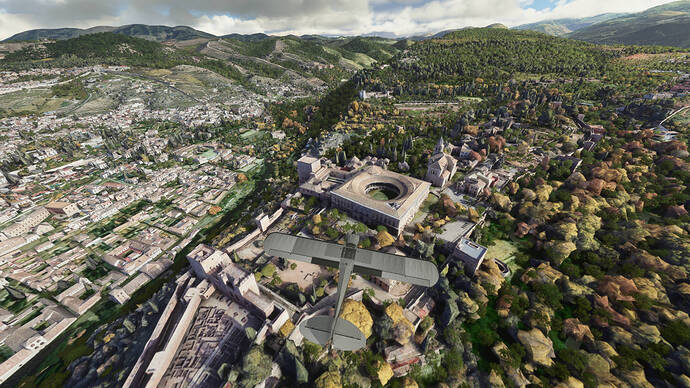 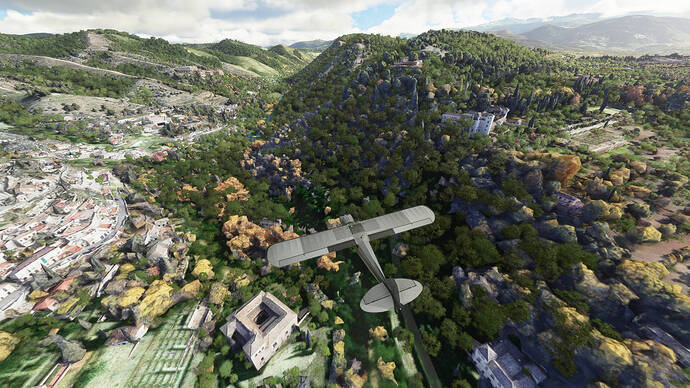 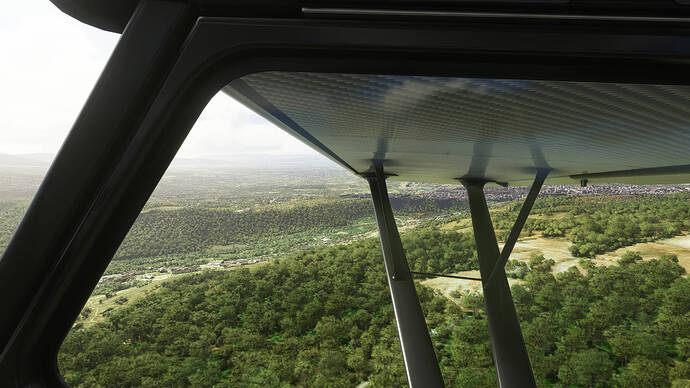 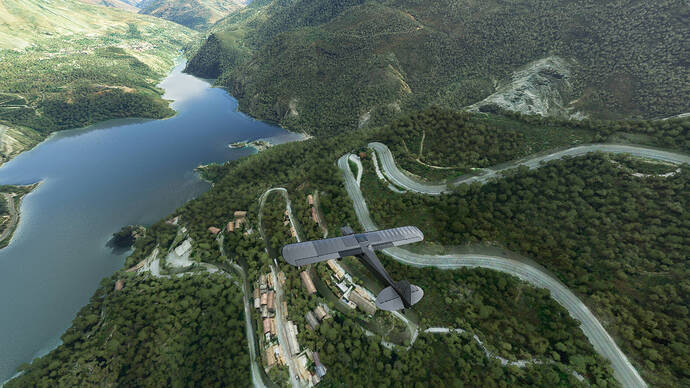 (and without the scenery mod) 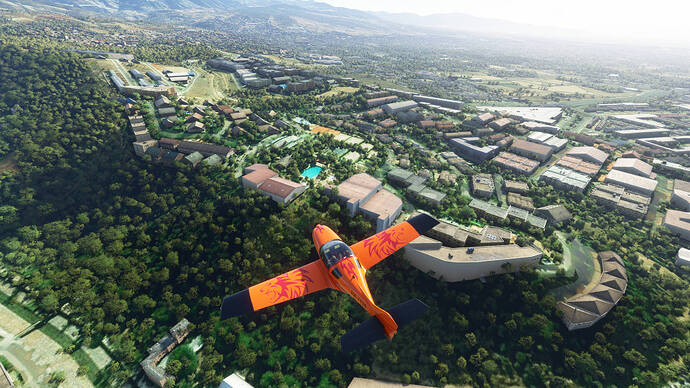 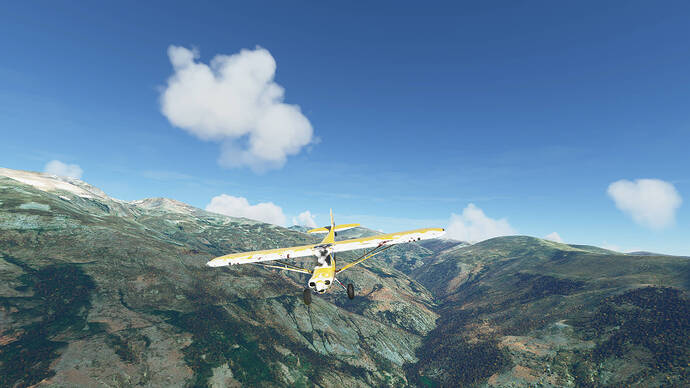 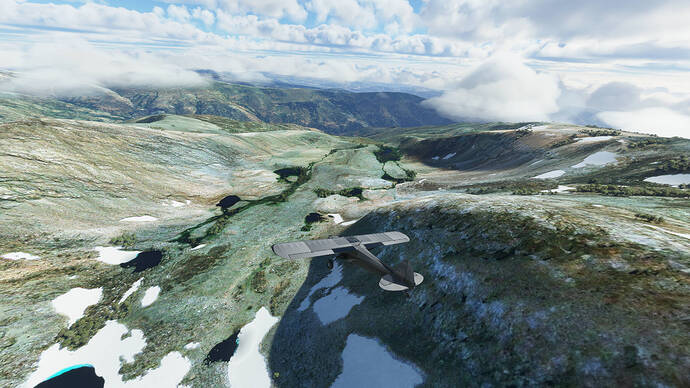 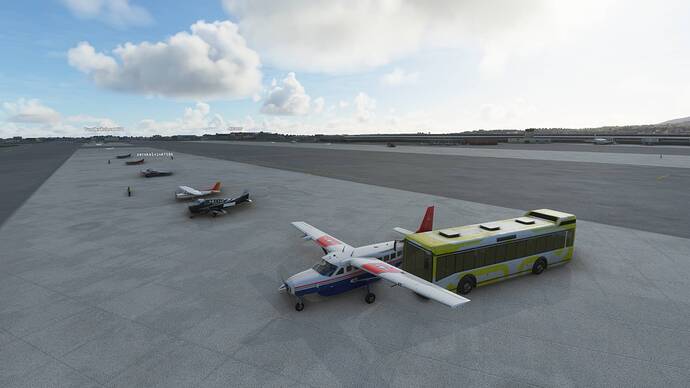 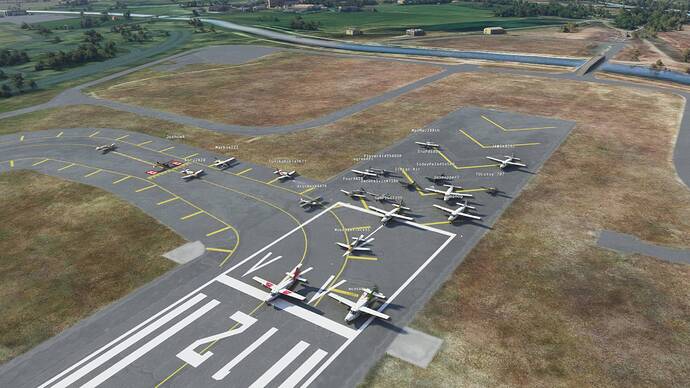 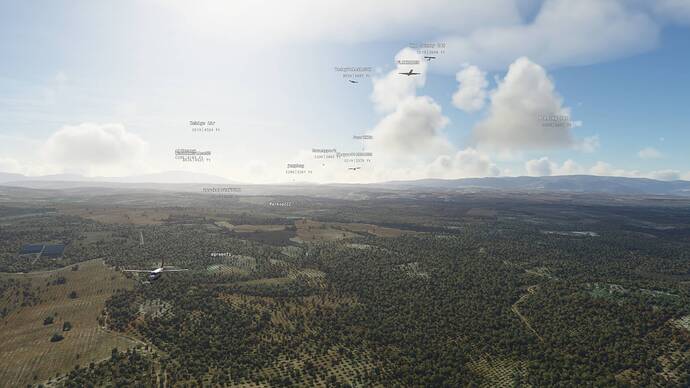 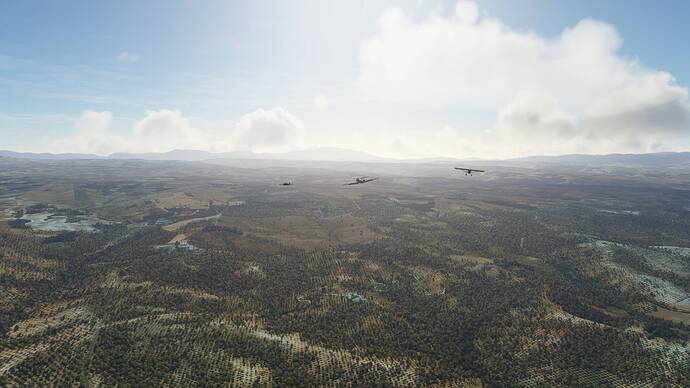 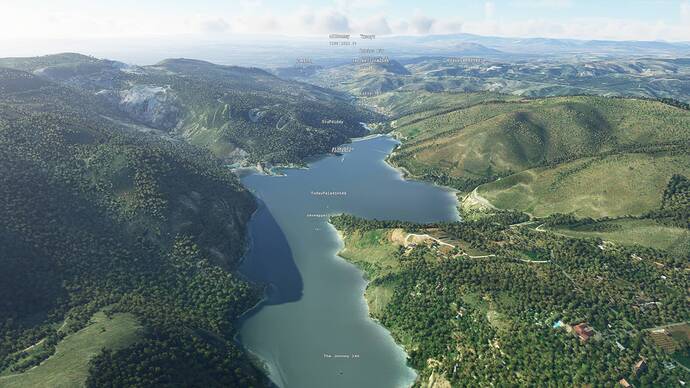 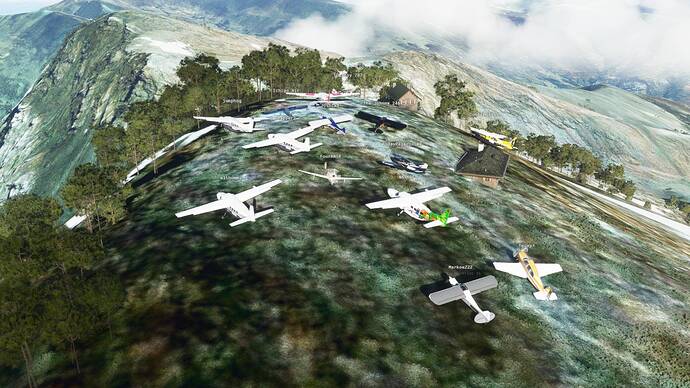 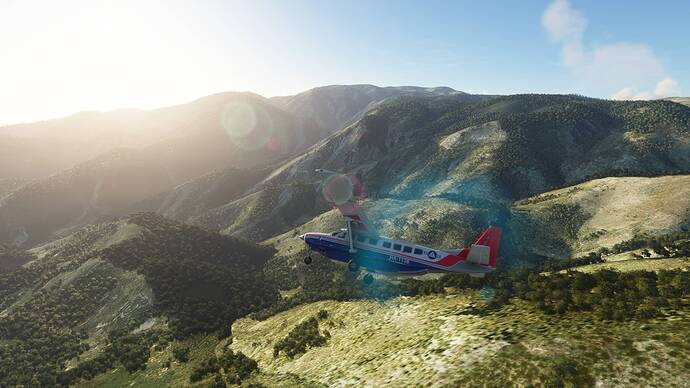 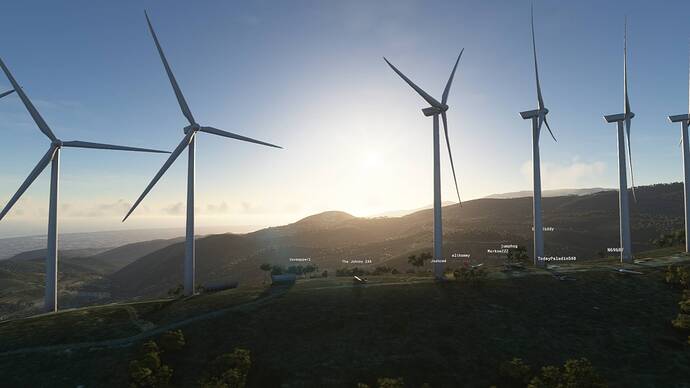