Norfolk, VA looks like that. dock cranes that didn’t translate well in its case.

What is really a shame is a total radio silence from Microsoft regarding this issue.
They either:

Most adults learn at the age of around 7-10, that the 2nd strategy does not work in the long run, sooner on later the parents will discover the broken vase, so admitting and apologising usually yields much better results.

You are right.
I wrote this some days ago:

Reference is made to this subject: “After Today update, i get Spikes on Terrain and and Mesh Problems not only at EDDL” And to: “X-Plane 11.50 Beta 5 Temporarily Recalled For Being Stupid” What do you think Asobo and Microsoft about issuing an update without a minimum test?

This is what the St Lawrence River looks like in the Thousand Islands area right at its entrance from Lake Ontario.

terrain issues all introduced since launch with various patches.

I know the French language sometimes reverses the order of words compared to the English language, but please Asobo…

Ground-breaking new sim does not mean keep breaking the ground with every patch and update. Doing so means you are losing ground, and losing the support and good will of a discerning segment of your customer base.

Regarding point 5…Do you mean the terrain morphing that you now see when flying over high DEM mountains? This was one of the worst features of P3D/FSX that I was really pleased to see had gone from MSFS (well gone until the USA update and now worse in Dec 22 update!). It may be the ‘issue’ was always there but was only now seen due to the high DEM but it’s a retrograde step whatever. Again this does not seem to have raised much attention except here:

Only 44 votes (at time of this post) - please add if you are seeing this too.

Edit to add some balance: Despite these issues I think this simulator is great. At 4k/Ultra settings I still regularly have my breath taken away by the visuals - hence my (and I suspect a lot of ‘angry’ posters) frustration at the degradation we’ve seen. P3D has not been started on my PC since MSFS’s release.

Same thing happening around KPRB (Paso Robles, CA). I have rolling cache and photogrammetry turned on and have downloaded manual cache for the area.

Its a pity that the community has reacted sooner than the responsible os solving this.
Solutions here:

After 5 days with no explanation about this spreaded problem, the community has prepared some solutions, these two are what I know as per today:

I purchased Liverpool EGGP and FS Academy VFR. Both are amazing but unfortunately the first 2 lessons are from EGGP and when you take off from runway 24 you see these pyramid type objects in the distance which evaporate as you get close to them. Hope this problem gets fixed soon.

Thank you for replying. I do agree that the simn is awesome. In just hate to see it incrementally imploding as it erodes that awesomeness one patch at a time.

Point 5. I will give two examples to explain what I mean. In Saskatchewan Canada (where I live), many roads are as flat as a pancake for miles. After the early December patch, they go up and down every few hundred feet. Take off from an airport you know while looking down a flat road you know, and if it looks like mild corrugated cardboard, well the sense of reality is gone.

This same issue impacted freeware airports. The underlying terrain change caused airports to no longer sit accurately in their surroundings. Yes, I know third party add-ons are not Asobo responsibility, but the inaccurate terrain change introduced by Asobo is. It is as if they tried to exaggerate terrain undulations beyond reality.

And… The popping terrain you refer to… I forgot that one. It is number 7.

I have also fired up P3d again since last week. Not exclusively, but its stability helps to sooth the disappointment when another glitch appears in the msfs matrix.

Weird! The spikes also appear in the primary flight displays!

We deserve an explanation, and a path to move forward. My new Christmas hardware will have to stay unpacked until this issue is fixed.

Is there even an easy way to query your current GPS coordinates in the sim?

Would appear they are all over the place, I have had them in the west and eastof Scotland and in France. All was absolutely fine until the update of 23rd December. 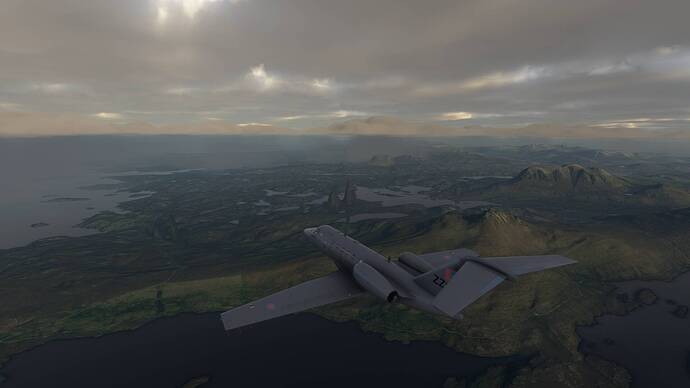 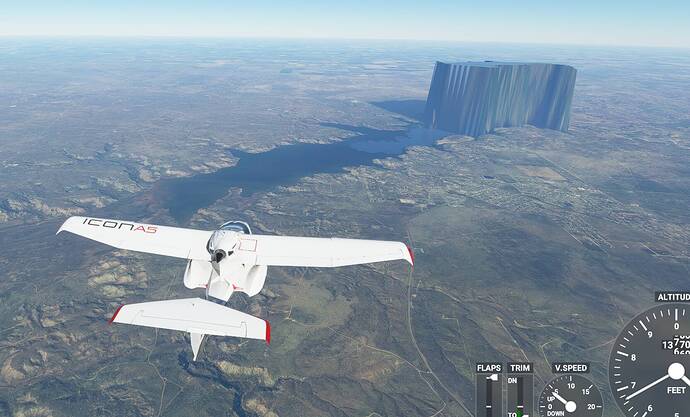 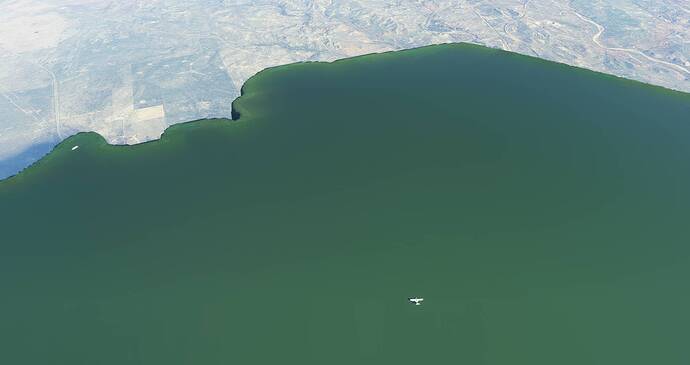 Horrible. Hope they will fix it soon! No problem before the update. Tried to change all my graphic settings with no results, thought I messed up but then found this forum… fingers crossed, it ruins the whole experience.

Have the same problems with V1.12.13.0 as described here (around Linz, Austria, for example flying from LOLT to LOLO along the danube)
Didn`t had this issue before. It started with tha latest update.

Saw one of those spikes between W27 and KPDX. Reported it to zendesk. These guys are busy after their holiday break

So you expect them to cancel their holidays so they can fix some game terrain deficiencies for you?

Have them enjoy their free time with their families and loved ones please, they’re human too.

Hi @marsman20208043,
Wow, make sure you report this one to zendesk with those coordinates (of the green glob/green glacier)