I haven’t tested anything new, still on the old ones! I will test but I don’t really have the motivation to when I know most likely I’ll just have to go through the whole process of removing and manually installing the old drivers.

yesterday i was going to record some scenes. After 3 failed attempts, i get artefacts like you all. This seems happen randomly. I restarted my computer and it was gone. It is very annoying but I hope it will be fixed. Like you all mentioned, this issue have to do with lights. You can see it on my recorded video.

First I thougt my 3080 is broken because of the HOT memory chips. This is a common issue of this cards.
But then I saw it on this forum that many of you guys have this problem too. Now im a little bit more relaxed :D.
Artifacts at 2:40 , 8:13 etc

Like you all mentioned, this issue have to do with lights. You can see it on my recorded video.

People still getting this might like to try this tip about disabling Gamma Correction in NVCP. It might have the added benefit of solving this problem.

One setting that worked magic for me PC & Hardware

I figured I would share this because despite seeing many complaints over the past year regarding non-performance-related graphical issues, it is one thing I have not seen discussed on this forum. This was so easy and so overlooked but wound up helping me greatly. I found a solution to many of my overall graphical ugliness problems regardless of high settings. Things like aliasing, jagged edges in the distance, pixelated/grainy trees in the sun, dancing coastlines, volcanic ash clouds, etc. F…

In my case it seems to be the other way around, i had this artifacts a while ago, then i had fixed it by using an older NVidia driver temporally till the next nvidia update was released (cant remember the version numbers), and i didn’t had these artifacts again, until i read the linked thread and turned off gamma correction.

I was wondering why all the nameplates were lagging and then noticed that artifacts were there in the middle of the screen - all the glass, nameplates and lights lagged behind during movement. fps was locked at 60; 10% cpu usage. Gamma Correction was off. 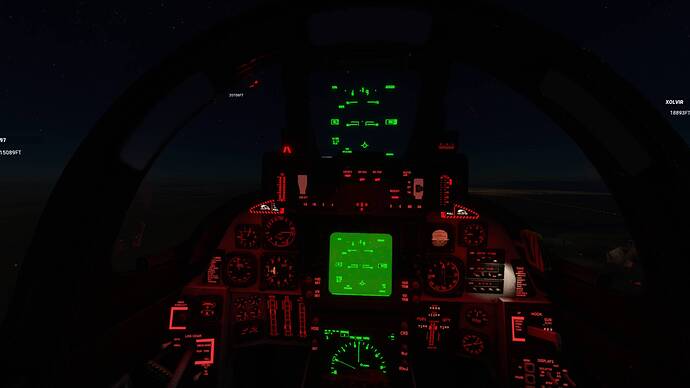 Has anyone tried disabling TILED_CACHE using profile editor? I’m currently on 496.13 w/ 150 oversample atm with no light lag, checkerboard artifacts or the input stutter introduced to 496 in su6. Keeping fingers crossed it sticks.

EDIT: while turning my head I had a slight freeze and then it went wonky again; the lights and glass all lagged behind the game.

can confirm the artifacts exist on clean install of the new windows 10 and 496.49

eugh, getting bored of this now

given enough eyeballs, all bug are shallow

Does anybody know the reason for that Problem?

In different aircrafts i have this graphic error during using the Headlights.

I have the pc version (Microsoft Edition) and always the newest Updates.

Is this because of any graphic settings? 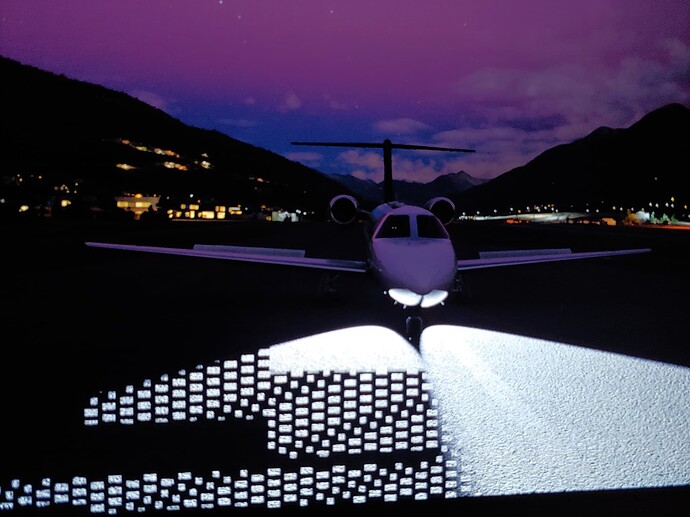 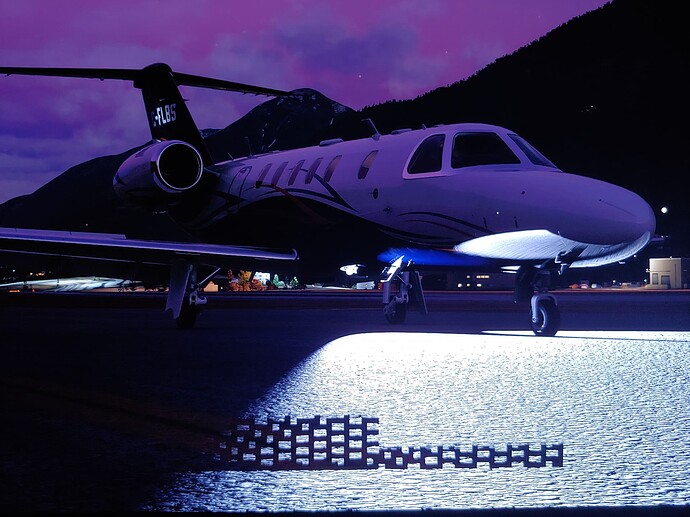 Does anybody know the reason for that Problem?

changing the AA doesn’t remove it - it just changes it and moves it somewhere else in the game. this is with DLAA 100 sample rate. 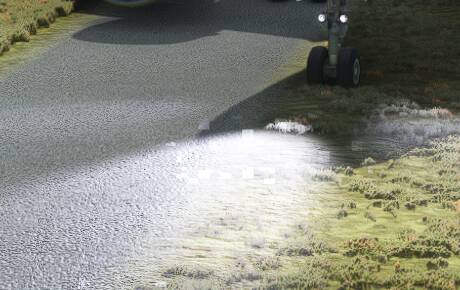 This is a new problem for me since SU7. Tearing and checkerboard pattern at top of the screen when panning and on the runway/taxiway lights during night.