Can you share your config pls, I have similar rig and I have more sttuters with the update. Thank you in advance

Well, I’m just speaking from my experience and from what a couple others have said. I had two issues with the update and both were mod related. Everything is fine on my end.

I removed VFR map and everything seemed back to normal. Was having a great stutter free flight. Got cocky and turned up my resolution scale… immediate 10fps slide show, nothing would recover it either. Menu hang as well. Reloaded the flight with the same settings I started with, stutterfest. back to main menu and all good again. ridiculous.

Right on, well thank goodness it’s all good on your end. I have a beast of a PC and get this with an empty community folder. 9900k 3090 and 64gigs of samsung b-die low CAS SDram. This is a real problem, happy it didn’t affect you.

I’d like to add to the list of people with issues. No problems at all until this last update. I have a 5800x, 3090FE, 32GB 3600 CL16 Ram, and a nvme drive. I putt around at 60fps then all of a sudden the CPU appears to be a bottleneck dropping my FPS to ~10 for 10-30 seconds then it goes back to normal. The stuttering is really bad and the sim is broken until it is fixed

Before uploading an update, does ASOBO at least try to play it? It is frankly a disaster. I am disgusted … 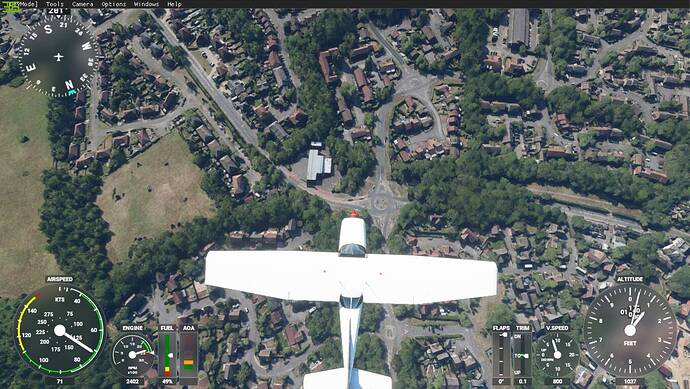 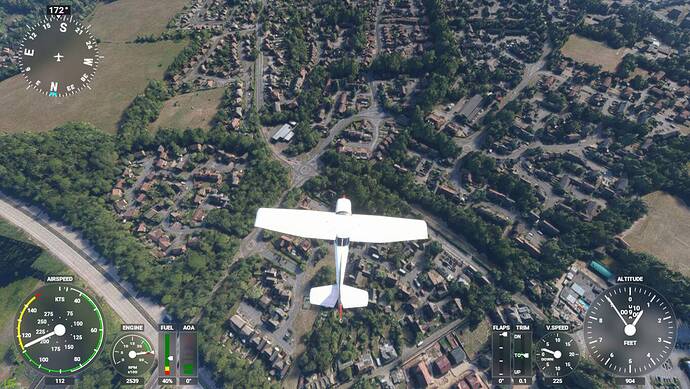 But there are always good news! I found my brave old flighsimulator II for C64 (1983) today in my storage

. One Plane, four airspaces and three weather conditions. Along with an very nice printed manual.

This is normal, then a few seconds later I get the second picture

Screenshot (8)5120×1440 168 KB
It looks like whatever the “Manipulators” thing is just flat isn’t reporting. And it appears to be postion based. If I hit active pause it will stay like this indefinitely getting choppy frame rate but if I unpause it and fly another mile I go back to no issues
2 Likes
OlieTsubasa443 March 10, 2021, 4:31pm #33

The team is aware that performances can be impacted for some users.
We are investigating, thank you for your reports.

I was flight testing the A320NEO last night. Live time, live weather. Was very smooth, no stuttering until approach into KDAY 10,000 ft. It was like the system was loading in data but much more pronounced stuttering. Smoothed out after 15 seconds.
On another test at Incheon I noticed that on rollout 33L my frame rates became noticeably slow, then smoothed out at the end of the runway. Taxi to the ramp and stopped, then the frames dropped again for approximately 1 minute, then back to fluid motion. i9, 2080ti. I noticed my GPU fans spooled down during the frame rate loss, then ramped back up when the fluid state returned.

I would like to chime in too. Since the 1.14.5.0 update I am seeing freezes and stutters with exactly the same settings. No mods in community folder. Intel 10700, 2080ti, 60mb dowmload speed. It is strange that some are having a better experience than before the update. What is the common denominator here?

Same here: FPS dropped down to 5-10 FPS while flying over cities and landscape at low altitude. It becomes better, if I fly at higher altitude. The game is currently unflyable.

There must be something that is causing incompatibility, and as we see the sharp increase in CPU usage when this happens, the problem is probably in something badly optimized that is in those regions. Perhaps wind or weather parameters, even an object that is in conflict can generate this high GPU index

Thank you for listening to us! But it does not seem to be the problem of some but of specific places. Where some try to pass and end up having this drop in FPS and high GPU usage. I hope our information can help you in some way!

Good luck and thanks!

Not sure which topic to place this under so I will add it here. I generally have no issues with updates (fortunate, I know) but after yesterday’s update I created a flight from Brunswick GA to Charleston SC up the east coast. I had the following issue: 4 or 5 times during the flight my fps (normally 48-52 or so) plummeted to 16-21 with stutters. This lasted some 30 seconds to perhaps a minute before fps would go back to normal. Quite surprised to see this and it appears many users are seeing the same problem. I wondered if it was a streaming issue, a problem with a particular mod, or something changed in the core program with the update.

Later today I will try another flight at a different location and see what happens. It appears Asobo is aware of this particular problem, so hopefully this will get sorted soon.

sometimes it does not recover at all.

I truly believe that the problem is regional, something in the code that is conflicting in this area. It can be a simple object that is in conflict or something more rooted.

As I show in the video that I did. I go out and enter the same area and it happens the same way and the same intensity. So when we are passing through the area that is on our route it gives us the impression that it is something of banal performance, when in fact it is the area that we pass through.

I’m sorry for the English

Hi. Im seeing exactly the same which is a bit annoying. Roughtly 10-20 fps around the more demanding area’s; the likes of New York, JFK, London and Heathrow. I have a Razer blade 2020 laptop with an RTX2070 Max Q graphics card upgraded to 64GB RAM and intel Core i710750H. Not the fastest specs but I dont think that’s the issue. Performed pretty well before World Update 3 came along. Look forward to a fix, which I hope will come in time. And hopefully maybe an improvement IF and when DirectX 12 support comes to the SIM, opening up full core/thread performance? Thanks