Despite having terrain precache set to Ultra, I am still experiencing terrain pop-in that did not exist prior to Sim Update 5. I have uploaded the videos below to show the proof. The first video is shot today after World Update 6. You can clearly see the mountains popping into detail as I fly towards them during the approach into Paro without even having to move the camera. The second video was shot on November 7th prior to Sim Update 5. There is zero pop in during the same part of the flight into Paro.

Why is there still pop-in at Ultra? This is still very immersion killing and needs to be FULLY fixed. 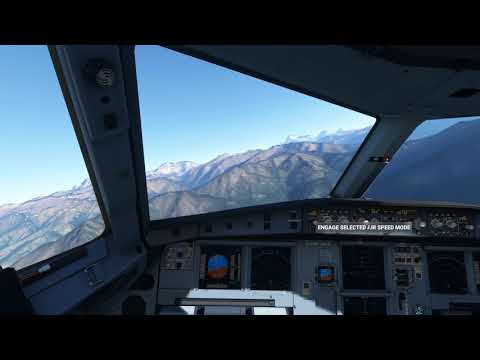 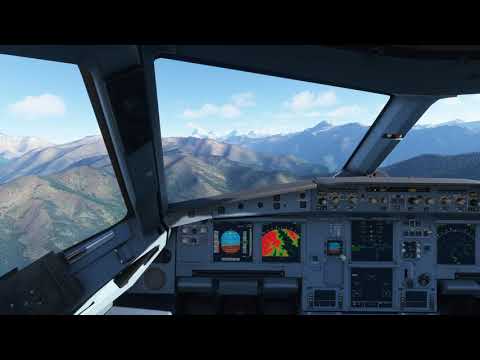 It is fixed for everyone else. You must have old hardware, bad drivers or bottlenecks. Check your system dude.

That’s not true. This was also seen on TheFlyingFabio’s stream today. He also has terrain precache set to Ultra and saw lots of mountain pop-in. This is not a hardware issue. Go fly around the mountains and look for yourself.

It is fixed for everyone else. You must have old hardware, bad drivers or bottlenecks. Check your system dude.

Then my hardware issues changes every time a new update comes out, strange or

Why is there still pop-in at Ultra

Same here, lets wait for the next Update, even if my hope is sinking

It is fixed for everyone else

You are wrong. Caching on ultra; the terrain pop-in is fixed, but buildings still pop-in when approaching big cities. It did not do this for me prior to SU5. I have RTX3070, 10700k and 64 GB RAM, all very adequate hardware.

You can clearly see the mountains popping into detail as I fly towards them during the approach into Paro without even having to move the camera.

I don’t think it’s any intention of the Ultra option to solve that. You’re flying straight towards mountains, not moving the camera any, so I think you are simply seeing LOD optimizations (which can probably be blamed on Xbox optimizations).

I think you may be right, but still this is still pop-in that is unacceptable.

Yeah, I saw some other topics and concerns about it, calling it “terrain morphing” or the like.

Just finished a flight directly over KSFO, with a vector to my destination that took me over North Beach @ 10,500 feet. I watched The City “draw” as I got closer. Once drawn, the detail looks nice, but the drawing itself? Not so much. I’m pretty sure it is an LOD issue.

Can’t argue with the performance boost though. Last year at this time flying over San Francisco (and especially over KSFO) would bring the frame rate into the teens. Now it’s comfortably at 50+ so that’s something…

Exactly. If you compare @CalmEspressos videos you will notice that the pre SU5 LOD is noticeable lower.
With the higher LOD the morphing occurs due to the LOD ‘upgrade’ when approaching the mountains.

But at least it’s less noticeable than in FSX.

@CalmEspresso
Could you maybe change the title from the incorrect pop-in to morphing?

Wasn’t a problem in SU4

Funny how merging a PC game with a platform with much less powerful hardware can decrease fidelity huh, interesting.

Same here.
I was looking forward to WU6, so I can do some low level VFR flights in the Austrian mountains.
But the terrain morphing and mountain pop in is just as bad as it was before.
Zero improvement, even on Ultra.

It’s the same thing to me. The terrain is still popping in and/or morphing. Different words for the same garbage that needs to fixed.

Yes, you are right. It is not fixed, because it was not promised to be fixed in this WU. As already mentioned, this is a different issue than the LOD pop-ins that were fixed with the off-screen precaching setting. There is a logged bug with 400+ votes on this issue that you are raising here:

I know I should have just stayed away for longer, (like ChaoticSplendid suggested!) but I couldn’t help myself. After WU6 I just had to have a look and see if my great nemesis “morphing” had been resolved. Fired up the fully updated sim and …Nope!! not even a little!! see you folks in another few months I’ll see myself out!

It is not the same thing. We did not complain about this after SU5, we complained about the LOD pop-ins.

How is it performing? Have you seen any difference compared to one 3090? None of the benchmarks I’ve seen recommended SLI on 30 series cards, quite the opposite. It can actually hurt performance I thought.