The Big Ezy - Gatwick to Skiathos

For the last 18 or so months, I’ve mainly been using MSFS for virtual VFR flying. However late last year, I fell in love with the Flybywire A32NX. After quite a bit of trial and error, watching many tutorials, and purchasing a Navigraph subscription, I have now become rather fond of operating the Neo.

I also grabbed myself a copy of Origami Studio’s Gatwick EGKK- an airport I regually used to fly out as a passenger when I was younger, and downloaded an Easyjet livery for the machine ready for some European flying.

Today’s sortie was a charter from London Gatwick in the South of England, across the snow covered mountains of central Europe, towards the warmer Mederterrain climate of Skiathos. (Payware scenery from Orbx)

The non precision approach into Skiathos is famous for its scenic final segment, and lack of either RNAV or ILS guidance. The only published approaches require tracking overhead a VOR on the neighboring island of Skopelos, tracking outbound for 10dme on a radial, before making a turn back towards Skiathos to intercept an offset NDB track into the bay adjacent to the airport. It certainly required a load of button mashing and overriding of the MCDU driven flight modes to pull it off, but thankfully after a 2 hour 59 block to block trip- it all came together beautifully at the far end. 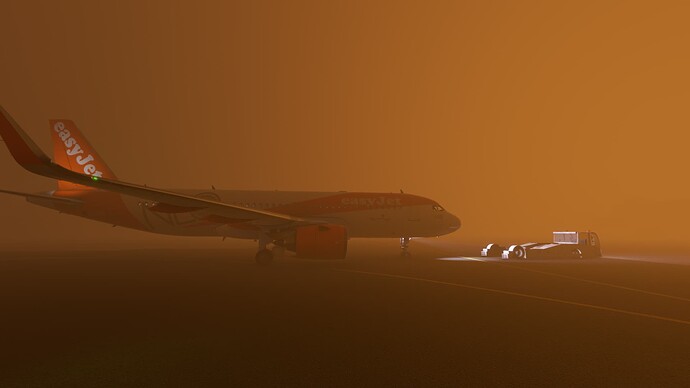 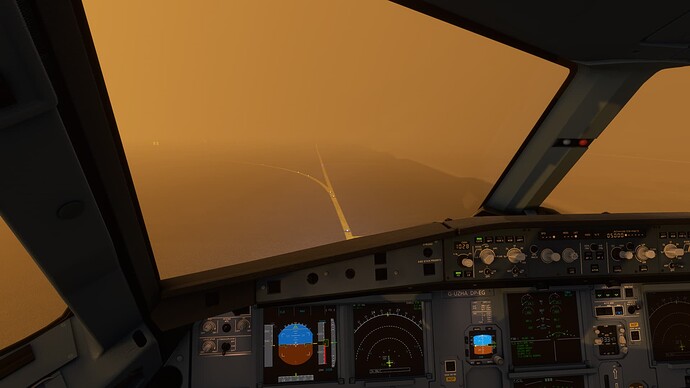 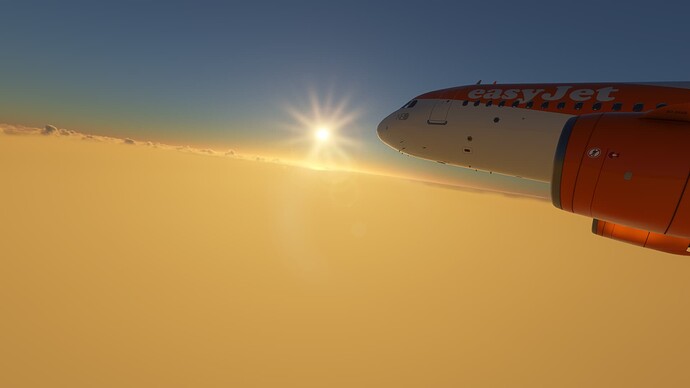 The sunrise through the thick fog almost looked like an Easyjet orange! Too bad it was RVR conditions for the departure from Gatwick- I’ll have to plan some more flying in and out of EGKK so I can actually see what the airport looks like! 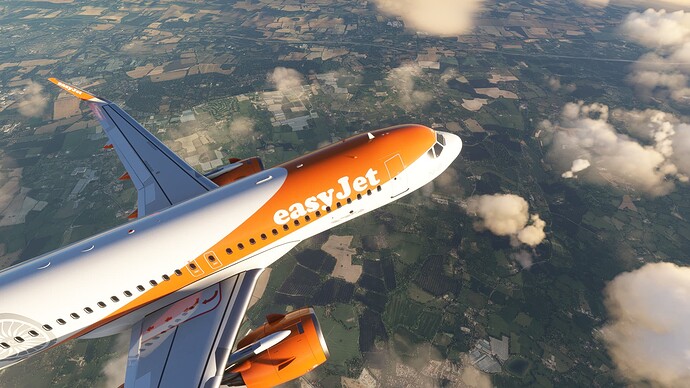 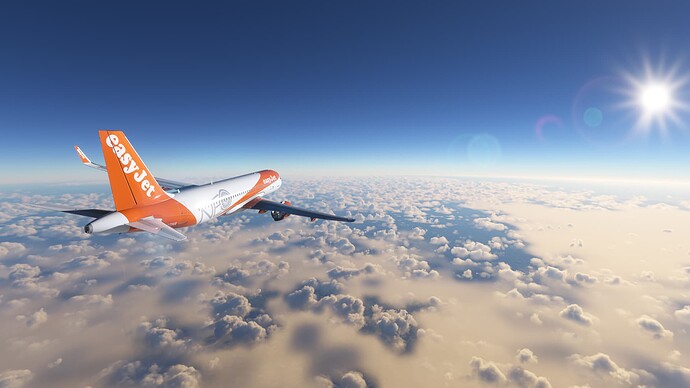 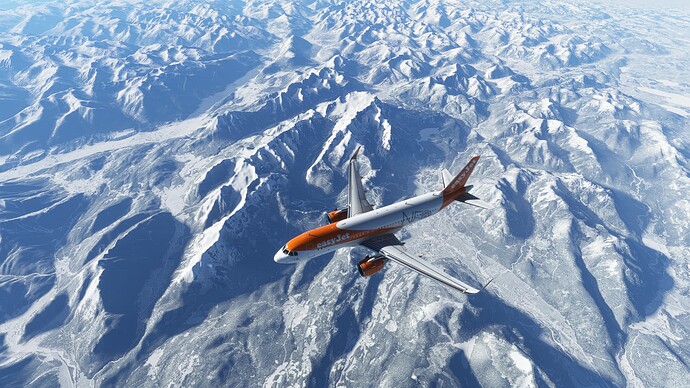 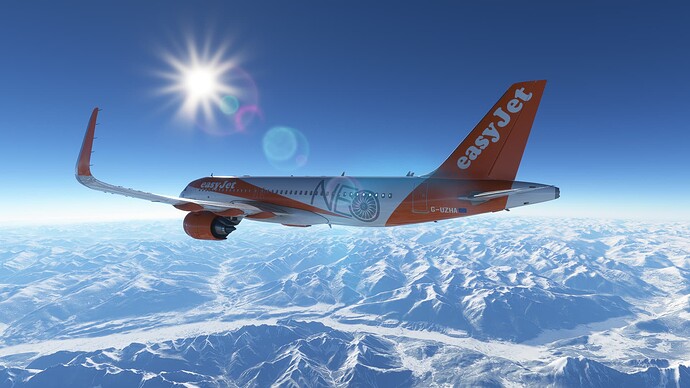 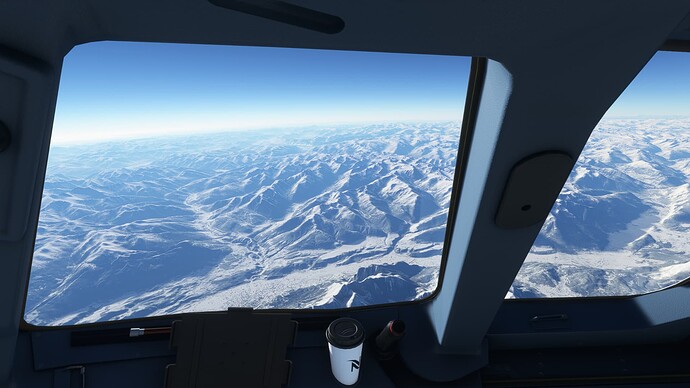 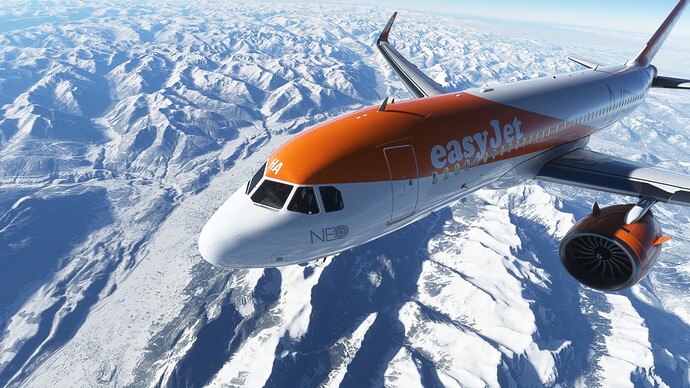 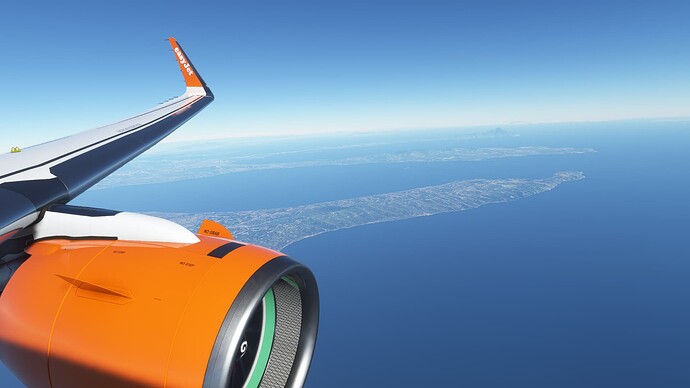 Beautiful clear skies over the Greek Islands with Skopelos out to the left and Skiathos seen to the right: 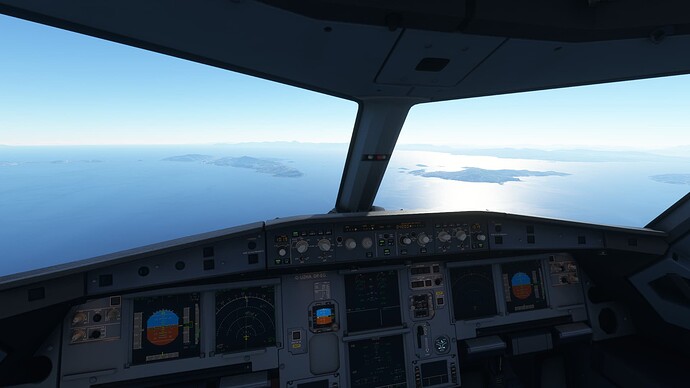 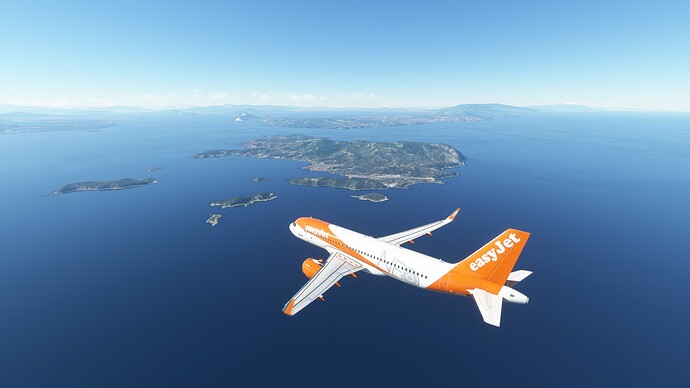 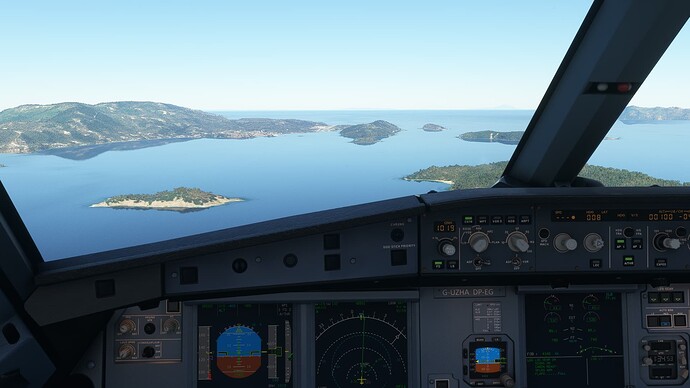 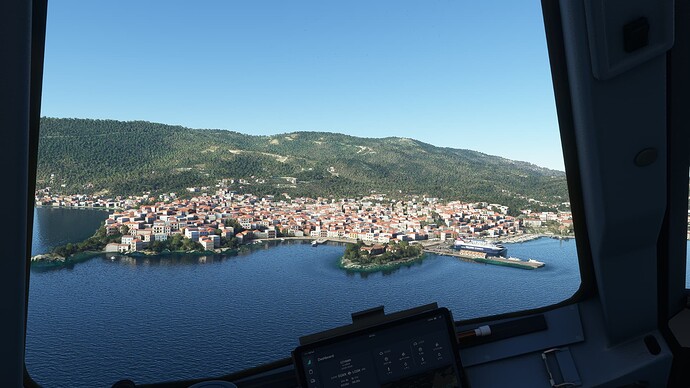 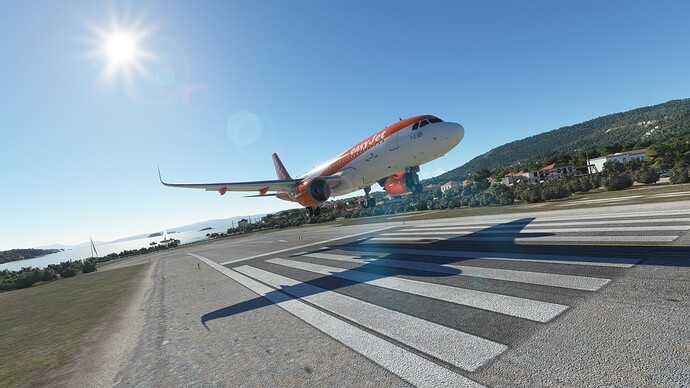 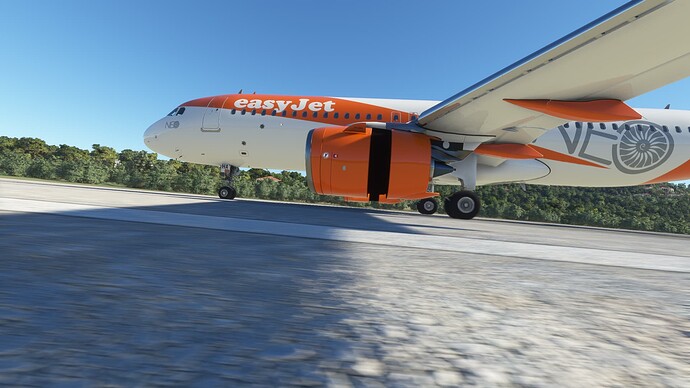 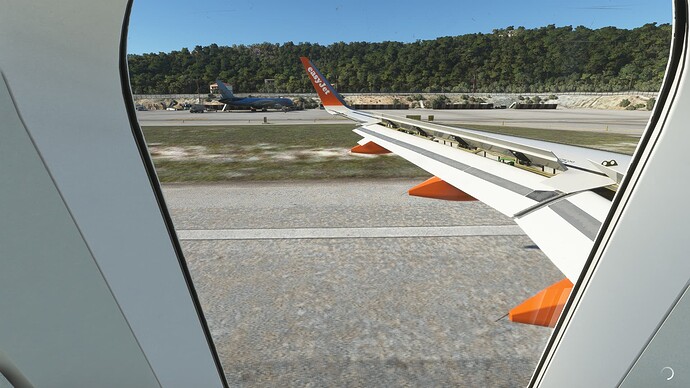 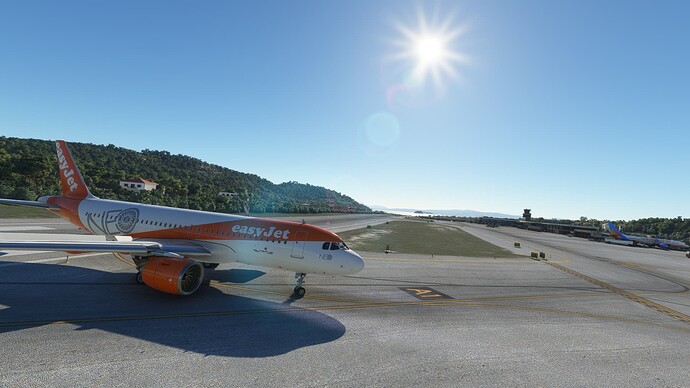 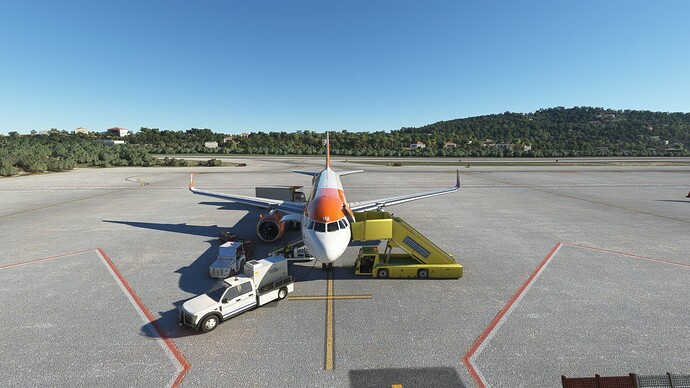 Cheers- FL390, as suggested by dispatch at SimBrief.

I make the same trip regularly from London Luton to Skiathos, but as I run an Xbox x I don’t get the benefit of the Easyjet livery. Why oh why is there such a dearth or liveries in the Xbox Marketplace. but tons of them in the PC third party sites!

Recent early morning takeoffs this winter have given some great atmospheric shots.

I don’t get the benefit of the Easyjet livery. Why oh why is there such a dearth or liveries in the Xbox Marketplace. but tons of them in the PC third party sites!

I did see in one of the recent MSFS weekly Blog Post emails that there are payware addons recently released for Xbox called ‘A320 Liveries Pack’ from developer BREDOK3D. Not sure about the quality of the addon or the price point, but it’s a start. Unfortunately those who are simming on consoles are missing out on thousands upon thousands of modifications available on the PC which completely transform the platform from its out of the box base state!