Thinking of getting into VR

Hi all, so that time has come when I feel like I want more immersion in the sim. I’ve contemplated TrackIr and various other similar devices, and come to the conclusion that VR is going to give me the best experience.

So I’d like to hear about what sort of headset to get. Oculus or meta whatever it’s called is out of question as I don’t do Facebook, and won’t either. Pretty rediculous you have to be tethered into a Facebook account to use a device but that’s a argument for another day

I’ve seen 2 headsets that stick out. The tried and tested HP Reverb G2, and the Pico neo 3. The pico is basically as good if not slightly better than the oculus according to reviews, and luckily it’s in stock in the UK for quite a good price £399 new

The G2 I’ve seen sells for around £600 new, so is more expensive

My PC specs are as follows

I mainly fly airliners but would love to do some ga flying under vr. Would the Pico suffice or should I sell a kidney for the G2? 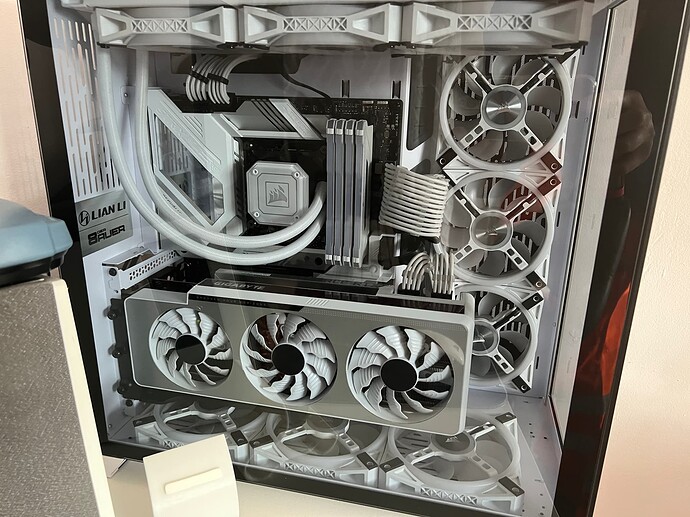 If you are new to VR or unsure how much you will use I would opt for the Pico. If you have used VR before and are 100% sure you will use it regularly I would go with the G2 assuming the money is available.

Your system should be fine for either with the warning that there are some bugs and other issues with VR in the sim right now as well as some poor optimization, which should hopefully improve soon.

I’ve never used VR as truth be told Ive always been happy just using a monitor, however it just seems so immersive, and I feel like it would open a whole new level of enjoyment

Maybe the Pico will do? And yes can afford either, but obviously a £400 outlay is easier to swing by the wife rather than £600

I’m thinking the same as you. My experience has shown i go for the lower price and then end up upgrading soon after

With your kind of rig it would be foolish to not get the G2.

. I bought a i910850k 6 months ago, then debated the 11th gen i9. Then I thought about hitting the 12900k but the 12900ks literally came out so had to have that. I’ve spent a fortune on my pc and really enjoy it, however I feel custom water cooling might be my next target

Have you looked at the Pico? Seems a solid headset. Oh the choices

If you could afford your pictured PC, I’m quite confident that you don’t need to sell a kidney for the G2. I would not recommend going lower with resolution than G2. Varjo would be better but thats a real kidney seller.

The only reason I thought about the Pico is purely it’s not a massive outlay, and as I have never used VR, I’ve read they can make you feel odd if you can’t get on with it? £400 is a lot less to swallow then £600 if I could t get on with it.

At the moment I’m gaming on a 1440p monitor and will eventually go 4k, I just haven’t gotten round to it.

Are the G2 headsets suffering from mechanical issues as I’ve read that?

This is exactly why I would recommend the Pico or similar priced option, worst case you like it, sell the Pico for a small loss and upgrade. Some people essentially get motion sickness in VR, some also get migraines from it. Not the biggest deal in the world if it makes you a little motion sick you can build up your tolerance, by using it for short amounts of time at first, but if it gives you migraines that is likely a deal breaker.

The G2 are nice headsets with higher resolution than the Pico, there where teething problems with the original release but those have been mostly ironed out now. If you have the money definitely worth it.

Ok brilliant, think I’m gonna order the Pico. Just one last thing, I know vr is a performance hog, would my setup give me a decent vr experience? Or will it still struggle?

What’s vr like on say the fenix a320. Can’t help but thinking airliners in vr would be such a buzz

Hi, bought a used G2 3 month ago for 320€. It’s my first VR experience ever. I love it! Leaving speechless and funny moments during my flights. Experimenting through settings. What such a fun!

WIth VR it will always be a tweaking game. What works for one person doesn’t work for another. Just be realistic in your settings and you will eventually find the sweet spot.

Do I need extra utilities or is it plug and play? I know so little about VR

You at the very least will need to download and install the software for which ever headset you buy.

VR is not really plug and play except to do some troubleshooting and tweaking to get things running well.

Ok brilliant. I see lots of videos on YouTube talking about different software and tweaking apps and I wouldn’t have the first clue

Perhaps worth bearing in mind the implementation of VR in MSFS was based around using the G2. Quite frankly with your system I would opt for the G2.

Sell the kidney. The only reason I wouldn’t jump straight to the G2 would be if I could afford a Varjo Aero. The G2 was my first and, so far, only VR headset and I think it’s great. I don’t fly on the monitor at all anymore. Two things: 1) if you normally wear eyeglasses, get prescription lens inserts for the G2; 2) if it turns out you cannot stand VR, it just doesn’t do it for you, you can re-sell the G2 for a pretty decent percentage of the srp; 2b) get ready to spend weeks tweaking settings and getting it dialed in. Your rig, though, should be able to run msfs vr as well as it can be run. Good luck!

Here’s a perspective. Your quite right about VR not suiting everyone, I would urge you not to reject it on day one but that is another thread.

In your opening post you needed to explain what the pico was. If you need to sell it this will reduce its resell value. Love of hate Facebook who cares everyone and their dog uses it and knows what Oculus Quest is same goes for G2. Both have high resale value whereas Pico is probably only known by a select few.

My rambling point is buy well known respected gear and if your one of the unlucky people who can’t get on with it then sell it for 90% of its new price.

My recommendation -as a life long Oculus user would be the OQ2 (the best all round HMD) as again your new so how would you know what you like about VR if you’ve not tried it’s wealth of opportunity. If you where a seasoned VR user and you knew that your butt would never leave that chair and it’s was only MSFS2020 and iRacing you would do then G2 all day long.

I haven’t watched it but this guy does good videos 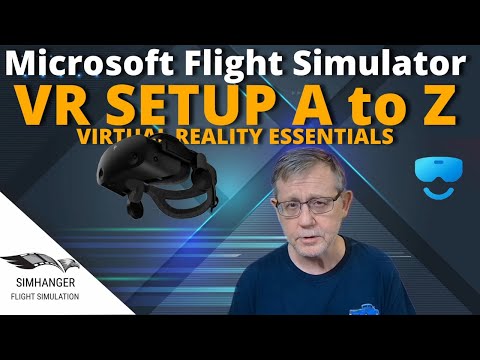 Hi all, just thought i’d let you know that i’ve decided to go with the HP Reverb G2 v2

Ordered it this morning, so hopefully it should turn up at some point in the week and then i can try and get my head round it all. I must admit from all the youtube videos i’ve watched, it does come across as a vary capable device. I’m really looking forward to getting it

I’ll update when it arrives, and no doubt i’ll need some help fine tuning it

Any other information will be greatly recieved