If there would be only one option for this button, I would like to use it for ALT SEL mode. But I haven’t found this option in the settings yet.

For the function of the SEL button, if the rotary switch is turned, I think Asobo has to code it. It would be fairly simple, they could just code "if rotary switch is set to HDG/TRK, then the button is used as HDG/TRK, if it would be set to IAS/MACH then it would function as IAS/MACH SEL. Same for ALT, but they have ro code it.

As for my rotary switch: it works fine for me. Sometimes a bit harder to turn but I don’t mind. Maybe you should send yours to RMA?

I checked my HC Bravo knobs and they seem to function the same way, so it may just be SU7 is a bit more finnicky in the knob turn detection.

Regardless, I set my “SEL” button as TO/GA (reminiscent of the switch on the C-17 throttles) and can bump it with my palm. Airspeed hold and Heading hold, and my right two switches are flap up/down since I don’t have a second quadrant yet for a flap lever.

I’m not sure FS really models Boeing MCP modes very well. Do you use the TOGGLE AUTOPILOT ALTITUDE HOLD command at all? I’m not sure what some of these FS commands do: 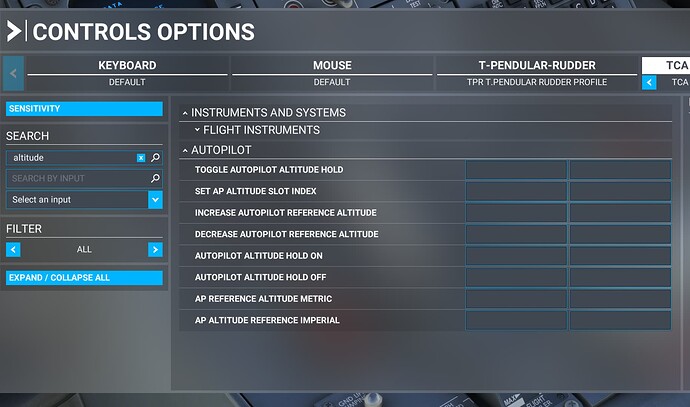 Yes, i think there is some issues with the rotary switch. I just received mine yesterday and there seems to have 2 additionally notches between the selections. I need to use 2x more strength to turn as compared to the selector knob. 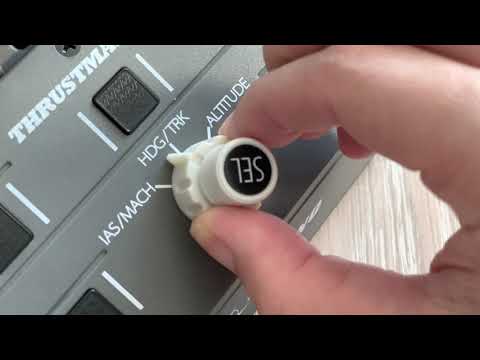 These are my button mappings i used for GA planes, have been flying the bush trips for the past few days. Sometimes when I am scanning for buttons, it will suddenly add 4 buttons. I think this is due to the rotary knob recognised as a click and turning it once in either direction will prevent that. 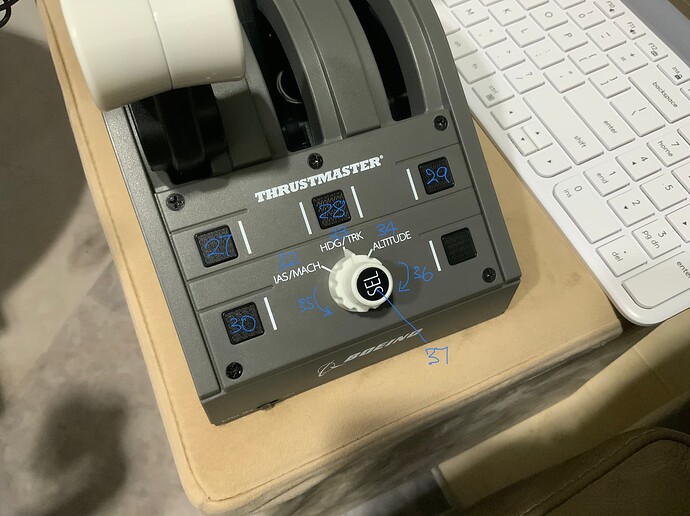 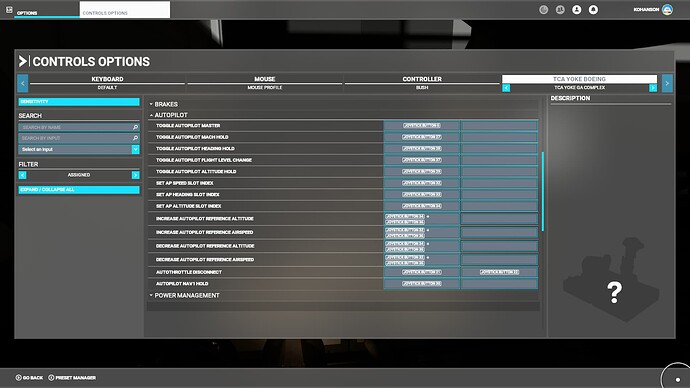 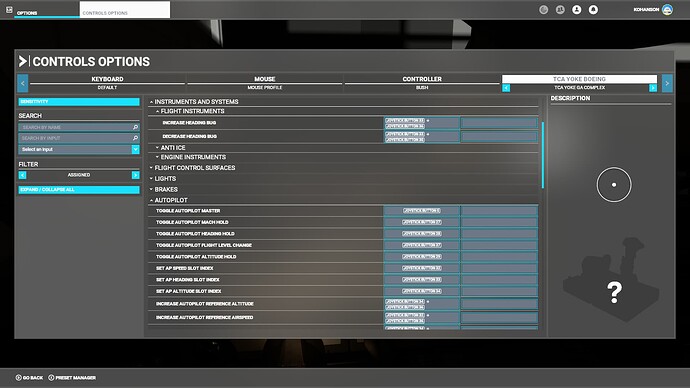 It’s more like a click and hold rather than a click. The sim doesn’t see an “on release” event until the knob is turned to another setting. Since the switches are momentary switches, when the knob is set to one its three positions it keeps the switch held down until it’s moved again.

I found the mapping of them to be tricky in the way you described.

It’s a bit of a drag that there isn’t, for now, a key mapping for the Speed, Heading & Altitude knobs’ push function. In a way, it’s sort of strange that Thrustmaster modeled the knob and buttons after the Boeing AP, yet we can’t map the Select push function, as such.

How do you know what buttons are what on the controller to program to the game ?

Are you on PC?

If so, launch the Thrustmaster control panel. Once there, select the throttle and when you press the various buttons, you’ll see their associated button number light up in the control panel. Make a note of that.

If you’re on Xbox, promise me an ice cream and I’ll write them down here for you.

Another way to figure it out is to go to the keybinding controls in the sim and basically experiment. Find something that hasn’t been bound to a key(button) and bind it to one of the buttons and you’ll see what that button’s number is. You can always clear that keybind and then do the same trick with all the other buttons to learn their numbers.

Note on the throttles, you will use left, center and/or right depending upon whether or not you’re using the handles inserted in the respective axis.

Crapsicle. I can’t help since I’m not on an Xbox. . .hopefully @NixonRedgrave helped?

Appreciate it, thanks for taking the time replying back exactly what I was looking for.

I spoke to quick. Those didn’t work, still appreciate time though. My throttle one actually matches a photo I seen posted on main page. Has the blue writings on the buttons. Note to figure out the Yoke.

I just select the function which i need, then from the top left, i select ‘start scanning’ and press the button i wish to map to. It will then register the button which i pressed on. It is buggy sometimes as it will randomly scan and select 4 button combinations. This bug may be due to the selector knob and turning it before the scan may help.

I did wrote down the buttons mapping on my phone’s note but i realised it was too time consuming.

Ah, so the Xbox assigns completely different numbers to the buttons.

I’ve not hooked the yoke & throttle up to the Xbox, yet.

If I do so, I can update the list for you.

Do you have the numbers for the Yoke you wouldn’t mind sharing?

If you’re still looking for a comprehensive list, I’ve put together this post that covers the assignments for both Xbox and PC:

I’ve assembled a list of the various button and axises assignment numbers here as a helpful reference for setting up your preferred key mapping. Both Xbox and PC are provided as they are different. PC users get the added benefit of assigning functions to the Xbox Home & Share buttons. Note: A second throttle quadrant can be ganged to the first to provide the option for Speed Brakes, Throttle 1, Throttle 2, Throttle 3, Throttle 4, and Flaps to be used all at once, in addition to the additional q…

Thanks for this information. The rotary knobs where the only mapping issue I was having. I have a dual quadrant so I leave one knob on ias and the other on alt.

If anybody has the same problem: I have solved it this weekend using FSUIPC7.
I can finally use the “SEL” button for the AP now. And guess what: it even works depending on the rotary knob position!
If you want to use it, here are the button assignments, so you don’t have to study how the compound button assignment in FSUIPC works:

Please ignore the events, I set them up for the A32NX as I mostly fly A320.
You can easily change them to any aircraft, this is about button assignment.