To Beaver or not to Beaver... that is the question

I have no idea when it will be ready but… it sure is looking nice! 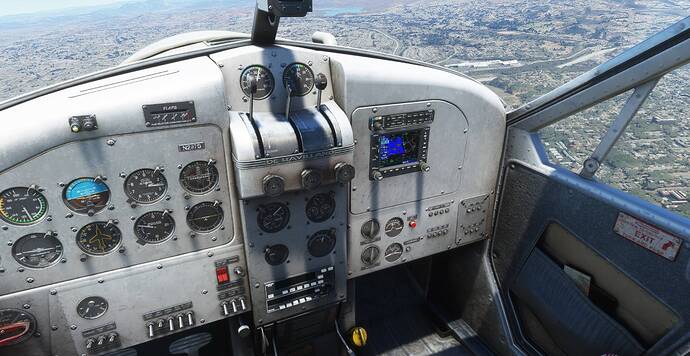 A much anticipated release. Looking forward to it. Will beta test if asked. You can see my writing and various reviews at flightsim.com. - Kenneth J Kerr

Is this the MilViz Beaver? Wondering if there will be an option for synthetic vision - several of the Beavers where I live use it for the weather and terrain we have. Either way, can’t wait to get this plane. I’m assuming there will be an amphib version? A beaver on wheels looks extremely wrong to me!

Since this is the Milviz dev, I’d guess this is

Really looking forward to it. Had the Beaver and Turbo Otter in P3D and really loved them. Especially the Beaver soundset.

And to answer Colins question: Of course BEAVER…

Does SVS even exist in the sim? If so, I am not aware of it… And the intention here is to do analog only with a set of choices for radio/nav units. We’re still working on what, exactly, those choices might be but…

There will be an amphib or float version… likely not both and we’re not sure if we’re going to release the plane with those in play initially. We will see.

There was some third party radio stack for p3d, I forgot the name. It was supported by the Beaver and looked marvellous basically always flew around with those and got it especially for that. This will be fun to fly around in the Montana valleys. Weeee

You’re welcome to make suggestions as to which units we should add, if they’re already supported by the sim.

We do not intend to dev new units for this aircraft.

There will be an amphib or float version… likely not both and we’re not sure if we’re going to release the plane with those in play initially. We will see.

As long as there are 0 water runways included in the sim (thanks for the big step back from FS2004, Asobo), amphibian makes a lot more sense to me.

I am not aware that the capability to go from water (floating) to a ground based runway is possible… is it?

I am not aware that the capability to go from water (floating) to a ground based runway is possible… is it?

Don’t think that’s possible either unless you turn off crash detection. What I meant is that at least amphibian gives you the option of starting from a normal runway and then landing in water, whereas if you do a non-amphib floats version then the user has to do some kind of silly stuff (IMO) like starting the flight in the air.

I know wake effects are planned but hopefully Asobo has bigger plans for enhancing the seaplane experience, as a bush flying enthusiast who put probably 50% or more of his time into seaplanes and amphibians back in FS2004/FSX it’s probably my biggest gripe with FS2020.

There’s many water runways available in the sim.

It is not currently possible to go from water to ground or vice versa.

It looks like float planes are coming to MSFS in the X-box release, so my hopes are they fix that.

There actually are a a few (3) water runways in the game. Honolulu has two and there’s 02NH Iroquois Landing which has (or had) a massive elevation glitch. I hope Asobo do add more when they add in floats to the various cublikes and other water stuff in upcoming updates, but in the meanwhile there are a few freeware water runways available on https://flightsim.to/

I’m really looking forward to this Beaver, I had the P3D version and it was a lot of fun and looked great.

There’s many water runways available in the sim.

No foolin’? How do I find them? Is there a list? Last time I researched this all I found was threads from last fall right after the sim came out with people lamenting their absence. I’ve found a grand total of one post with a specific ICAO code for an airport someone claimed had a water runway and when I tried it in the sim, it didn’t.

Edit: 3 isn’t what I’d call many. Can’t compare to old versions of the sim in this regard by any standard. Until we get a LOT more I maintain that an amphibious floats version of the aircraft is much more “practical,” even with the limitations in land/water taxiing.

We will likely do regular wheels first… reason being we need to get tail dragger flight dynamics done then we can do floats/amphibs and tundra wheels.

Not sure how we’re going to approach product line up on this but likely, they will be paid addons to the base product.

Not bothered about wheeled versions, plenty of other craft fill that role, the floating varieties is where it’s at, but wouldn’t want to purchase one first just to get the the other I do want, so it will depend on how that is packaged if it’s an option for me. Of course Milviz will make it’s market judgement, just saying.

The Amphibian version will have wheels also to land on runways, so no need to start a flight mid-air. All my amphibian planes (Cessna 172 and Piper Cub) have retractable wheels and the Beaver will have this feature too. Otherwise it would just sit on floats without wheels in the hangar which would be strange and unrealistic.

PALH should come back with next update (it is in the bgl from update beta). And if not (or too basic), i’m worlking on it : 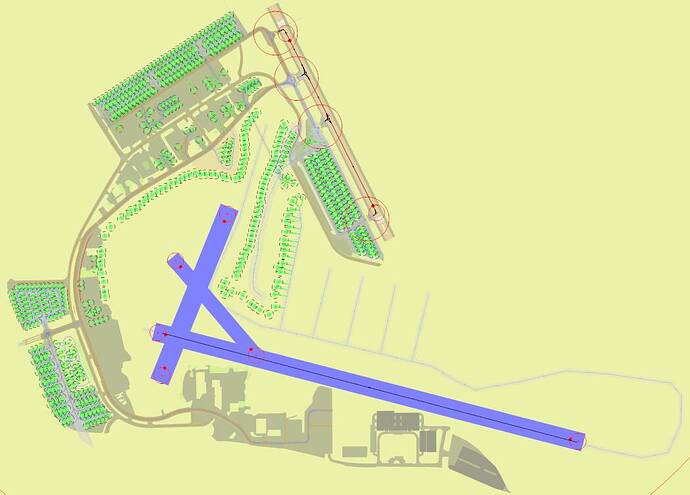 Not sure how we’re going to approach product line up on this but likely, they will be paid addons to the base product.

No problem with that, all work deserve to be pay

While it’s great to have a steam gauge cockpit, radio navigation beacons are fast disappearing worldwide so a basic GPS becomes necessary unless you only fly VFR using compass and map.