As for Maverick: I have IMAX tickets for Sunday. Can’t wait! In fact, I believe we all waited long enough for this movie!

So the dlc will be released at 5pm GMT?

The exact time is unknown. It’s possibly 5 pm GMT, or an hour later, either way we’re only hours away from it now.

Title explains it,I know today but what time or is it delayed? Quite curious

You’re going to love it! Have fun!

One easter egg in a hanger would be fun!

There have been a couple all along. No one has ever mentioned them in over a year or so. That says something. I’m not sure what.

It shouldn’t be delayed, it has been delayed for long because of the movie, so they had time to properly develop it. Also, it’s a contractual obligation to release it. The only delay that’s plausible would be one or two days at max. But I don’t think it will happen. The trailer is set to go live as well. 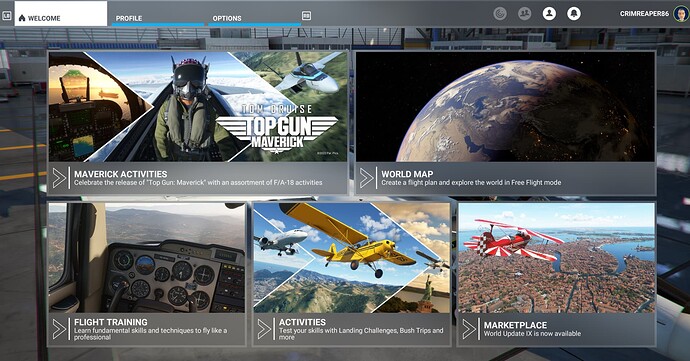 I think someone mentioned above that it could be 5:00pm GMT, which is noon EST. But no one’s sure

No steam update but I just got it too figured Id launch the sim before I went to lunch…ewww Maverick Activities: Hmm lets see 1. take shirt off and play volleyball what??? ;p

Just confirming that the Darkstar is flyable and has a VC.

at least there is a carrier in the pic

Is it on Steam already?

It’s in the marketplace.