Please tag your post with #pc and/or #xbox. PC

Are you using Developer Mode or made changes in it? NO

Provide Screenshot(s)/video(s) of the issue encountered:
Screenshots won’t show this!
Short video: Read below, re Camera… 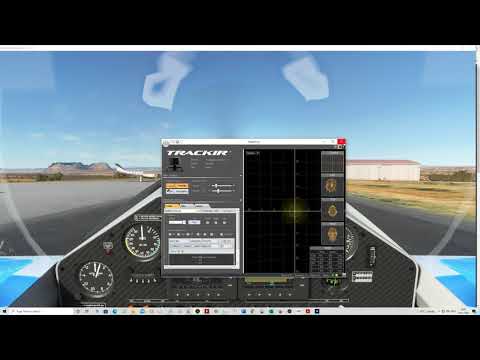 I won’t buy the full Reno Air Race as long as this TrackIR bug is not fixed.

This needs a patch urgently, please…

Detail steps to reproduce the issue encountered:
Fly until TrackIR disconnects from. Well you know it, since it’s in the Release Notes!

EDIT: I found that TrackIR works if you then turn it on in Camera, Cockpit 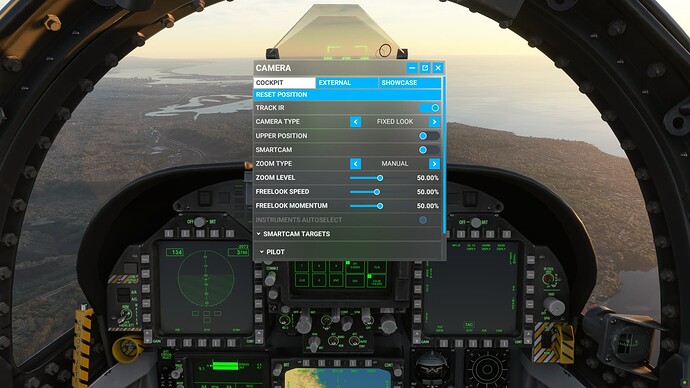 It is a bug in the menu, or FS loosing TrackIR for some new reason?

Known issues mention to press F12, but this doesn’t work.
Instead Camera, Cockpit, and Turning on TrackIR works, so far…

I have found that trackir works fine if you do not hit the pause for trackir (F9) which coming out of pause will show that it is working by the lights but it is frozen on the screen. Also if you move you head out of the area, i.e. go get a drink or do a potty trip it will also freeze and not return till after you restart the mission. Therefore, you must stay seated and in view of the trackir monitor for the entire flight. So much for those trans Atlantic trips, so sad, even pilots in the real aircraft can get up and go potty, but not you.

BTW pressing F12 does not reset position and gets it working again.

I don’t think they realize that thousands of people use Trackir.

Why did they have to break TrackIR? So frustrating. I wonder if it had to do with that eye tracker thing. I just bought TrackIR Pro (Not cheap) so hopefully they will get this resolved. It was working, and now it’s broke. So frustrating!

As I live in Aus, I haven’t touched MSFS as yet. I use Trackir5 all the time.
No probs, I’ll use P3D until they release a hotfix.
I have been reading quite a few posts, it appears that this latest update might turn out to be another “SU5” catastrophe. Let’s hope not.

Dont work. If you press, then return to off position. Cant fly without my TR5.
Will not use this sim until they repair this stup. issue.

Why did they have to break TrackIR? So frustrating. I wonder if it had to do with that eye tracker thing.

Yep, I agree.
When I read about that new tracker, I thought it could be an opportunity for a bug.
Recently, there have been several bugs where a call of a function is forgotten.

Revamped is right though, you can reactivate trackir in the camera settings without a restart or leaving the cockpit. You have to turn trackir on for each time it freezes. Something just keeps turning of that switch.

If, when you start a flight, TrackIR works, pay attention to this:
When you select, Camera, TrackIR quickly goes fron off to on…

So the work around above does work. But you have to keep turning it on if the TrackIr’s signal is interrupted. But at least I can use the TrackIR using this tip for now. Hopefully this bug will get fixed soon.

Yes. How could something that worked perfectly since 18 Aug 2020 got broken?

Track IR Stops Working - #73 by wazitdoinnow this is the original voteable thread (160 votes so far).

It goes off when the sensor looses connection and then stays off. So if you look away and one of the IR sensors loses connection (green light on left goes out) you have to turn it back on.

There’s a button you can bind (Ctrl + H I believe is default) to toggle it back on.

Otherwise have to click camera in toolbar and turn it back on in there.

Track IR Stops Working - #73 by wazitdoinnow this is the original voteable thread (160 votes so far).

Thank you skypilotYTS. Before I did this thread, I did search for TrackIR, but it didn’t find that one. Instead, plenty of old threads!

An admin can merge mine into the big one…

No worries at all!

Hopefully this gets put on the forefront of fixes.

Yeah I get what you mean. And perhaps not everything is 6 months ahead, but I’m fairly certain it is.

I tried turning it on and the switch remains firmly in the “off” position. At least I know it’s “them” and not “me” so I guess there will be a hotfix quite soon.

No Toggle Head Tracking key bindings worked for me, but then I tried again in yaw mode and everything worked perfectly.

So it seems that you can go into yaw mode (Y), then toggle TrackIR back on, and then press Y again to resume flight.

Just to say that OpenTrack has worked perfect so far on SU7 here.

Not so happy about the general drop of FPS and smoothness in the sim.