TrackIR movements are not smooth

The problem is not TrackIR nor the back lights in the room. As I said the app runs smooth when you do a head movement test on the app itself. Even fast head movements are tracked smoothly. How game converts the inputs to cam movements is what is not smooth at all. They should be at least similar to the movements done with mouse or with a joystick button (both produce quite good results). It seems TrackIR inputs are just updated too slowly compared to the case of mouse or joystick inputs.

Can you still do a head movement test while MSFS is running in the background (not paused), if that struggles it would suggest too much load on your cpu (e.g. maybe you have multithreading disabled).

I did it too. Still works well on the app and not in game. It´s not a problem of CPU capacity (I have now a i9-12900ks, with 24 threads, 16 physical cores) but just on game side, or maybe on Simconnect interface side, who knows.

I hope you find a solution. If it’s still a problem after the SU then file to Zendesk, it might even be worth letting Track IR know in case it can be fixed at their end.

I’ve just started playing around with head tracking using Aruco (it’s free) and have noticed any light in the background e.g. from even a shuttered window can mess up the tracking. Come evening everything moves smoothly again.

Aruco is a bit different as it works in visible wavelengths. It tracks your facial features with a webcam to determine head position. And these solutions work really well as long as you have sufficient ambient light for the camera to see your face and no light pointing at the camera to cause a glare on its lens.

TrackIR works a bit different. As the name suggests, it uses IR wavelengths, so it isn’t affected much by ambient lighting. It has 2 modes depending on what package the user has.

The first is using the basic “hat clip”. It’s a simple metal frame you can clip to the scoop of a ball cap and has 3 retroreflector strips. The TrackIR camera emits IR light, which is reflected back and the camera reads the position. (This is what I use)

The second is the “Pro” clip which is a USB powered dongle that can be mounted to the side of headphones. It has 3 IR light emitters which the TrackIR camera reads to determine head position. Again, ambient light has little to no effect on this.

For me, TrackIR was a little jittery in SU9. It had been very smooth for me starting with the SU7 hotfix in January which had also increased overall sim performance for me significantly (lower main thread timings). But those stutters came back with SU9 and were very noticeable. And of course, with higher main thread timings.

The initial SU10 beta 1.27.9.0 was amazing. TrackIR was butter smooth - easily as good as the head tracking on my HTC Vive - as was the rest of the sim. It was remarkably good. IMHO, when it comes to performance at least, it was hands down the best build of MSFS I’ve seen since launch.

1.27.11.0 reversed those gains for me. Performance took a nose dive. I’m once again badly main thread limited, regardless of my sim settings or contents of official or community folder. And the TrackIR stutters are back as in SU9.

I’ve confirmed that in the TrackIR app, tracking motion is smooth and precise, even while the sim is running. So this isn’t an issue with TrackIR. This is something in the sim. They fixed it in the initial beta, and broke it again in the last build.

I’m on SU9. The other day, I flew the C172 out of a regional airport with a 3rd party mod and I paid careful attention to see if I could see any stuttering. I did. I noted that TrackIR wasn’t smooth on the ground but it was OK in the air while I was flying circuits at that airport.

But this can be caused by the low fps directly not by TrackIR, as images in movement appear more laggy the lower the fps figure is. The best test is to slowly move head while being airborne and with good fps and compare it with the cam movement performed with mouse or with joystick buttons, looking at the windshield frame for instance as that´s a static reference. There is where you quickly notice how laggy TrackIR inputs are compared to mouse or joystick ones.

Correct. Having seen how good the performance (frame consistency) in 1.27.9.0 was and how buttery smooth TrackIR movement was compared to SU9 or 1.27.11.0 where frame performance is erratic with high latency, I’m 100% convinced this isn’t really a TrackIR issue per se. This is a sim performance issue.

The thing is, people without head tracking who just pan around with a mouse or stick occasionally will never notice this view stuttering. But when you’re constantly looking around with TrackIR, it’s very noticeable.

I just think the poll time (or the interval between two input updates in the sim) for TrackIR is much worse than the one used for mouse or joysticks in general and they need to tune it. Maybe they just changed it to release some latency on the main thread, who knows. The other controllers just send their inputs via USB directly as they can be seen as DirectX controllers while TrackIR needs a software interface as it´s not seen as a DirectX controller. Indeed with a joystick POV hat I can have an almost perfect and seemless cam movement.

I can attest to the fact that TrackIR is perfectly smooth with SU9. Any stuttering that might occur is definitely framerate related and has nothing to do with TrackIR’s throughput. I really hope they don’t mess that up with SU10.

Here, I recorded this on my current flight minutes ago: 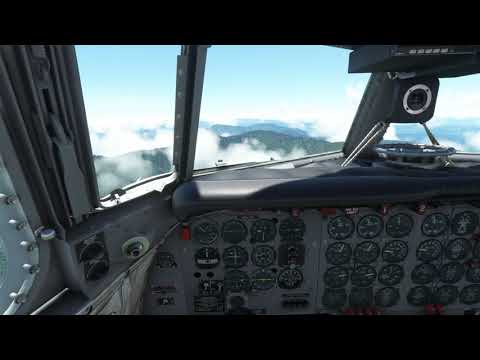 In my case (with SU9), what causes the poor performance and stuttering is popping out instruments to run on my touch screens. That drops my fps down to 30 fps and stuttering starts. That stutter is carried over to the head movement as well. Without popouts, I run 45+ fps, and tracking is smooth.

That’s the same I’m seeing in the latest SU10 build. TrackIR smoothness is tied to the frame rate.

Hehe, all good. No mountain was high enough to reach me at my cruise altitude.

Which settings do you have on the app? 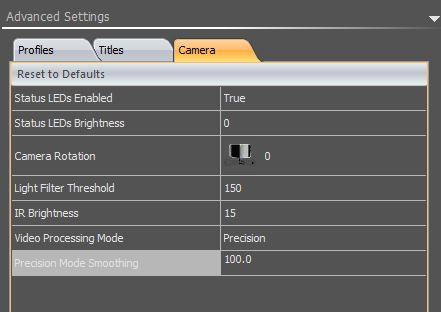 I’m inclined to believe that it’s a “straw the broke the camel’s back” issue. I have observed it but not in flight (which may render the video linked above moot). I don’t see it all the time. When I did observe it, I was on the ground at a 3rd party airport and I had the GNS530 screen popped out and displayed on my RealSimGear GNS530 bezel. In that configuration, I also tried the OP’s suggestion of panning with the mouse to compare the smoothness of that vs. panning with TrackIR. Panning with the mouse didn’t cause any jitter while panning with TrackIR did. I’m not sure what to make of all that but as I said, maybe it only happens when the system finally gets saturated, and TrackIR is just the bit that’s pushing the system over the edge?

Edit: I should add, for the benefit of those who aren’t paying attention, that this isn’t JUST a framerate issue. If it was, you wouldn’t expect to see the difference in jitteriness between the mouse and TrackIR. But it also only seems to happen when the system is already loaded up. Maybe TrackIR’s load is just enough to push it over the edge?

It happens also at 60 fps, so at that situation there´s clearly no saturation on the system. And if there was any saturation mouse cam would not be smooth either. As you say (I have seen the same too) mouse cam works well.

I experience a very jumpy TrackIR now in SU10 beta. It’s smooth for about 5 seconds, then jumps around a lot for 1 second as if tracking is lost, then repeats.