This hotfix fixes some clipping with this addon and the OrbX mesh along with fixing some issues present in the OrbX mesh itself around Reykjavik.

The tree coverage fixes were based on a map that shows tree coverage of the country. The structures cover iconic and VFR landmarks such as Harpa, and the DC3 crash site along with many other buildings within Reykjavik and the rest of Iceland to bring it to life. There are multiple POI markers around the shores of northern Iceland where you can fly to see Orcas and Blue Whales!

To download, just extract the folder into your community folder!

All model attributions are available in the download file.

This addon by ToasterPilot adds in the missing airport(BIGR) and missing satellite imagery on Grimsey Island right off the Northern coast of Iceland : BIGR - Grímsey Airport » Microsoft Flight Simulator

This addon by flying_coyotus adds some of the amazing rock formations around Iceland: Iceland Rock Formation - WIP » Microsoft Flight Simulator

✓ Iceland Overhaul is a Microsoft Flight Simulator 2020 mod created by Baddweapon. Download for free to enhance your experience in MSFS 2020. 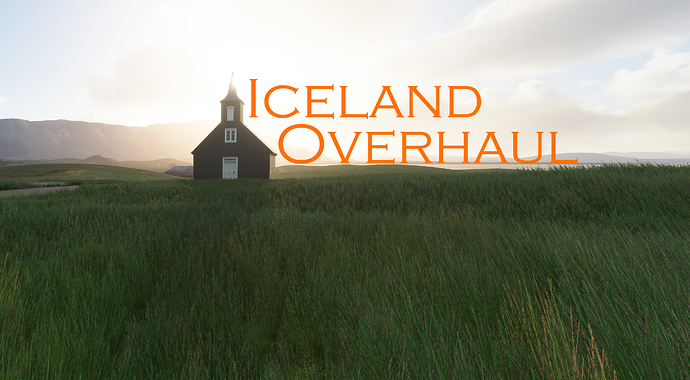 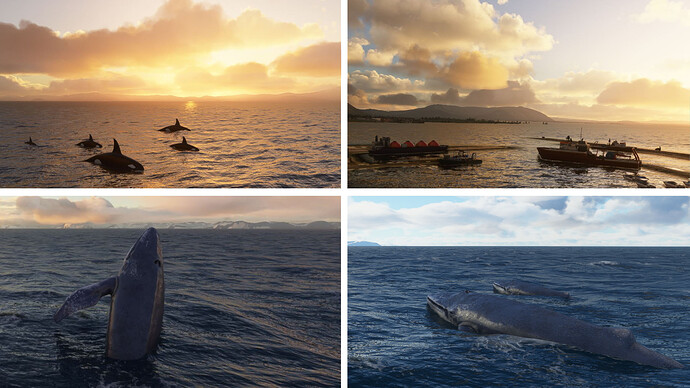 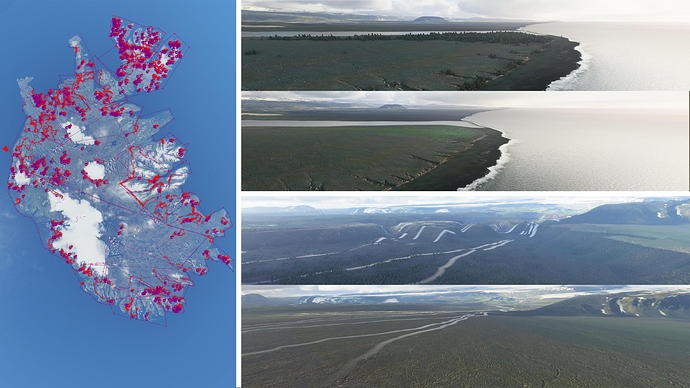 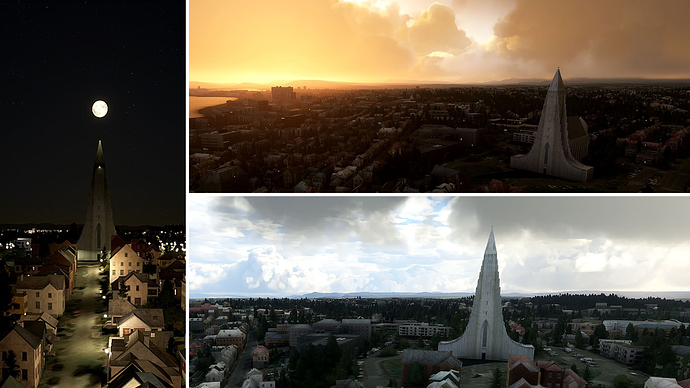 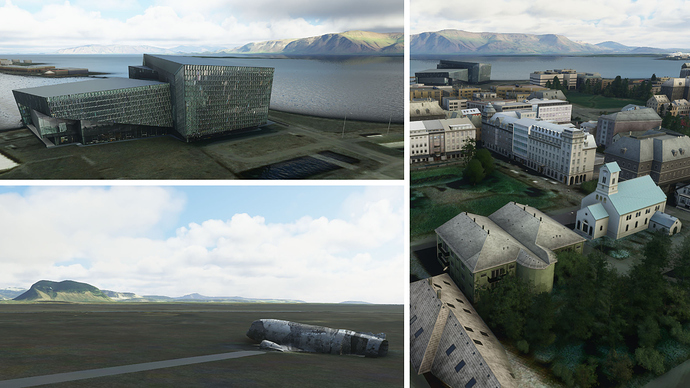 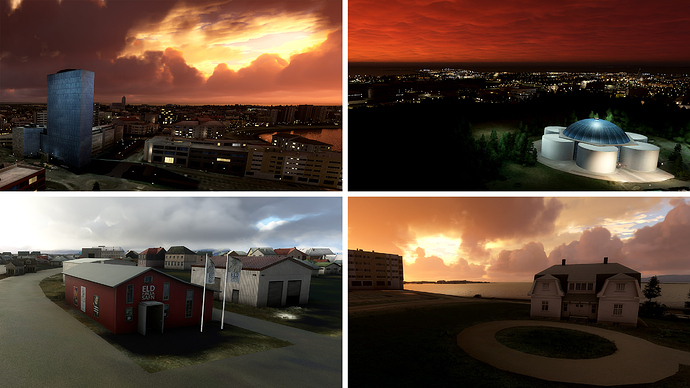 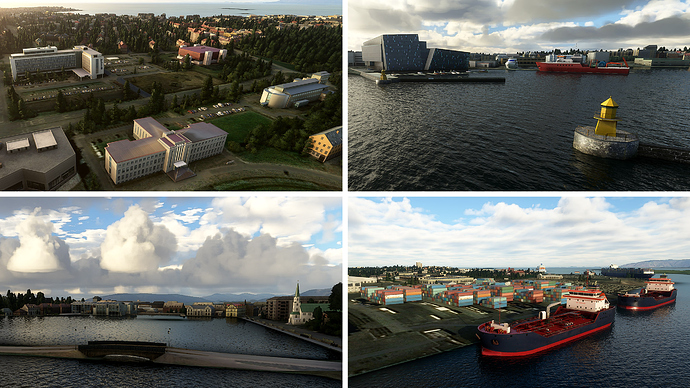 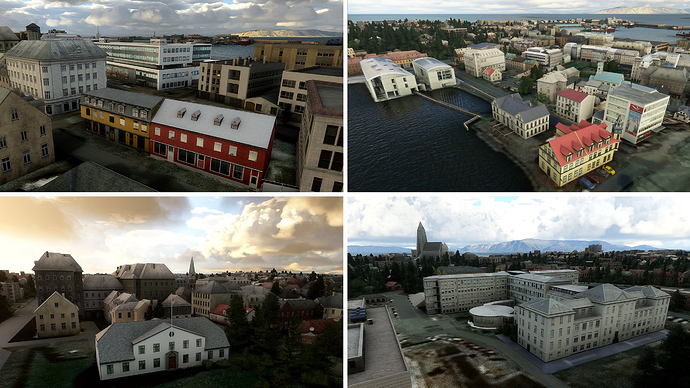 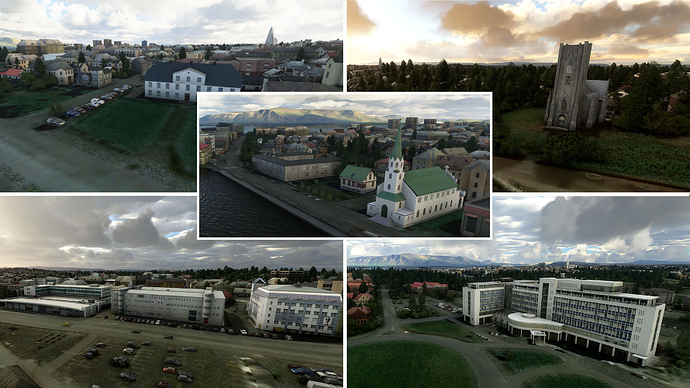 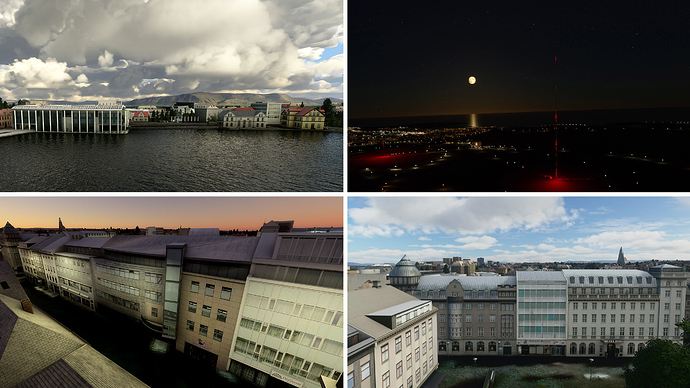 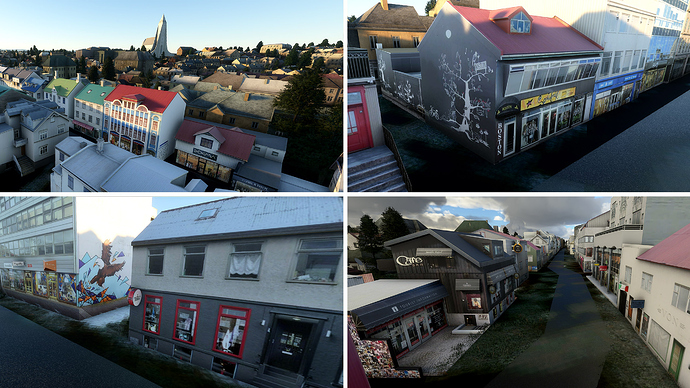 Old update Information will be posted here: UPDATE 02/03/21 1.7.2: This update fixes new terrain issues around BIBF and BINF, adjusts the speed and animation of the blue whales, and adds in more objects to all coastal city ports to give them more life. UPDATE 01/24/21 1.7.1: This update adds blue whales and two accompanying POIs to the north of Iceland. If you stick around the POIs long enough you may see one of them put on a show! I’m going to try and add splash animations when the SDK supp…

Thanks, these are greatly appreciated and a massive improvement

No problem! There are still gonna be areas that aren’t fixed just due to how bad the terrain is right now. Seems like 80% of the landmass has something going on. I got a good chunk of it though and gonna keep doing passes to find more!

No matter how much of it you’ve done, you’ve managed to fix something in a week that ruined major sight seeing/intresting areas. Will definitely be checking Iceland out more now

I’m happy for every improvement. Cool!

Thanks! Yeah I was a bit bummed on my first flight through, it was one of the spots I was looking forward to most. Atleast now we can have some breathing room from the water monoliths. I hope Asobo can get some higher res terrain mesh data for it.

Thanks for the fix. Where i have to but the files: In \Community?

Yes, Just put the icelandwaterandtreefix folder into your community folder. The process will be the same for any other modifications you download as well

Yeah! Jokulsarlon looks better now! Let me know if I need to fine tune it.

Installed your fix. works perfect. I found something that is not realistic. Near BIEG Airport have some mountains with rivers on it… Maybe you can fix it. See also the last pics with hills in the lake 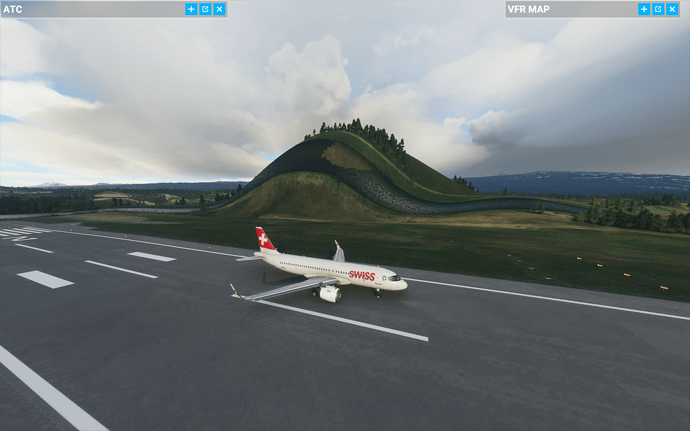 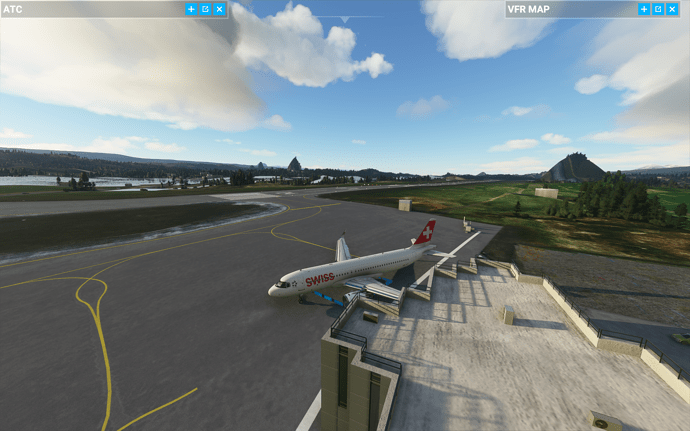 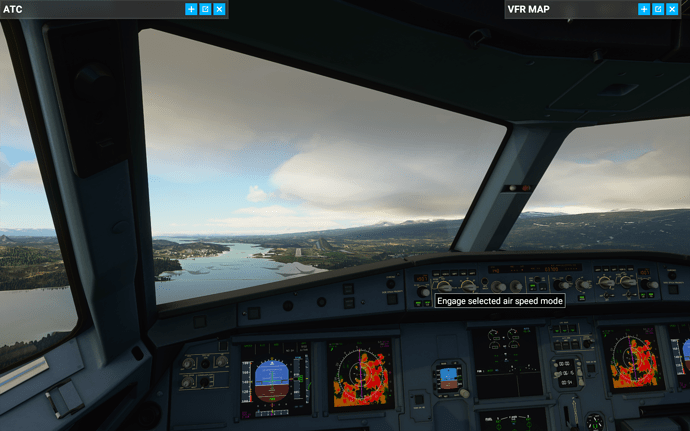 Awesome! glad it works.
Yeah I’ll have that fixed in the next update. Goes by much faster on my end when I don’t have to search the map for issues and just get suggested locations that have issues! 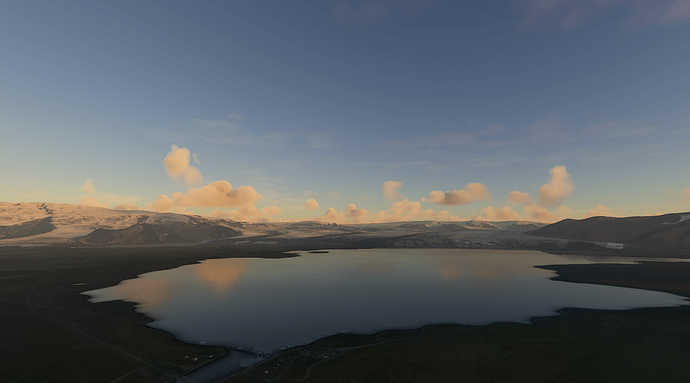 Hmm. Is this why I keep crashing to desktop when I try to load in Iceland?

crashing for me too

Nice works again you can submit your files, your Anchorage and Southern National Parks already there https://www.msfsaddons.org/

Yeah that’s normal! It seems like no community addons show up in the manger right now.

I’ve sent him a link already!

Looks like that’s a known bug with the sim for some people, wish I could fix that