I am using a USB 3.0 to UCB-C cable instead of the official Oculus Link cable. The data speeds I am getting is 2.5 Gbps. Is this too low and should I buy the official cable to get to 5 Gbps?

Good question, I*am using the Anker Powerline. Maybe someone has an answer!?

Which GPU is running?

My main complaint is cockpit blur, would love to know results with official cable.

I didn’t notice any difference going from a JOTO USB 3A to C cable to the proper Oculus Link cable.
The Link cable is far thinner, never gives any issues (in my own experience) and is plenty long enough for anything I do in VR - so I consider it money well spent, even if it is expensive. I have it plugged into a 2080Ti.

My GPU (RTX 2070 Super) doesn’t have an independent USB port, so I am using the other USB 3.2 ports on my computer. Also, I noticed that the device disconnects frequently and I am unable to figure out why.

Frequent disconnects are often down to power. Before using my graphics card port, I used to use a powered USB 3 hub. I’d tried most of the other ports on my PC and had various issues, some similar to yours. I was quite surprised that the hub worked so well - it’s got plenty of amperage (as it can also be used for normal charging of devices) and individually switched ports.

I am buying a Q2 and have a 2080Ti. This will be my first VR headset. After reading a few threads I’m still not sure about the cable/link requirements.

-My GPU is a EVGA GeForce RTX 2080 Ti XC2 Ultra Gaming with a USB Type-C port with the VirtualLink. Is this still a viable connection point for a cable/link? I’ve read that it’s been abandoned.

Thanks for any help / pointers.

Thank you. Prior to your response, I ordered a powered USB port and am awaiting delivery this week. I hope that fixes the issue. I also ordered the original Oculus link cable as a backup.

Out of curiosity, did you notice any significant performance boosts when switching to the graphics card port?

Literally just realized I have one and have been using USB 3.0. Been experience audio stuttering, etc. Wondering if that would be the problem.

Just wanted to check and make sure before I make the commitment to the official cable.

I haven’t noticed any difference at all - but then, I was happy with the previous cable I had, apart from the diameter - it was very thick. I bought a second one that was listed as made specifically for Quest and was also A to C, but it was no different to my original JOTO cable (but both worked well) so it’s been on the shelf since. They are good to use with Sidequest, though.

Up to now, I’ve noticed no difference in performance between wired with Link and wireless with Virtual Desktop, sideloaded. VD is definitely very good, but there can be the occasional momentary disconnect, which can spoil a gaming session by crashing a game or returning you to the Oculus Home etc, even though by the time it does, you are reconnected.

I’ve only tested Virtual Desktop with P3D, FSX and DCS World, not FS2020 yet.
These are the cables I’ve used, along with the previously linked USB 3 hub:

This is the original one, which worked well: LINK

These are two I purchased thinking they may be better, but apart from length, they were no different: Link 2 ; and this one is C to C : Link 3

The main reason for switching to the Oculus Link fibre-optic cable was how much thinner and therefore pliable it was - it’s longer, too - and also future-proofing, as improvements to the Link performance were touted by Oculus hierarchy.

edit: btw, there was a very long thread on the offical Oculus forum about which cables people had tried, what doesn’t work etc etc that may be worth a look. However, you will find that what works on one PC doesn’t necessarily work on another.

Here’s a couple of photo’s so you can see the difference between Oculus Link and the ones I bought on Amazon. You also get a handy velcro fastener on the Oculus cable, which makes routing it round the headset band very easy: 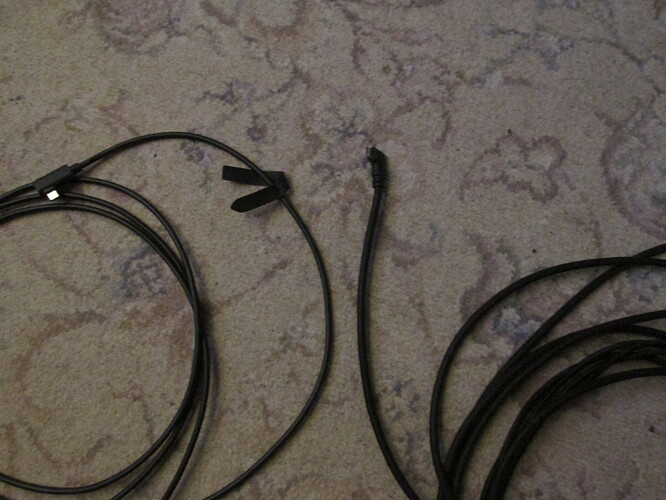 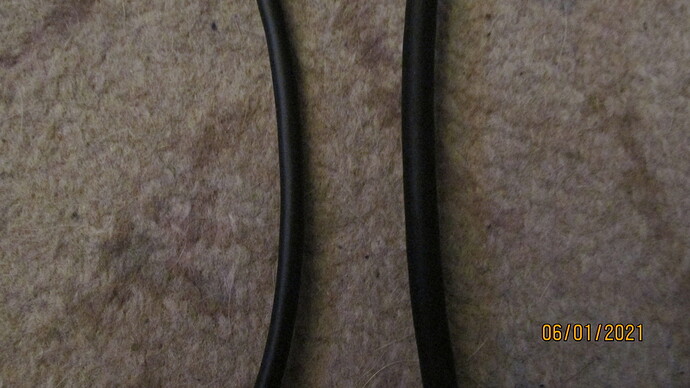