VATSIM / IVAO / PILOTEDGE Users - Be aware of an important bug!

The error is more noticeable at the higher altitudes. The PilotEdge controllers are aware of the issue, and should not press the issue following a single altitude check.

If you have additional PE specific questions regarding this bug, feel free to contact us on the official Discord.

Thank you for this input, again. It really is appreciated.

As @AGuther wrote above, communication is key. It’s probably the biggest diffuser of angst.

Well, yeah, there’s going to be some grumbling when I fly my 172 into the Bravo airspace and the heavies start lining up behind me lol.

I’ll suspend my PilotEdge account until this is fixed if this is an issue for flying at a few thousand feet though.

If you have additional PE specific questions regarding this bug, feel free to contact us on the official Discord.

Just in case anyone hasn’t seen this yet

Why the silence MS and Asobo? General Discussion

Fair enough… I respect your position and situation.

Much better … yes, that was my point above… if in crisis, start communicating authentically and honestly… most people will be understanding (yes there will always be the few who dont, but that you cant influence anyhow).

That’s all we want… Rather than radio silence

I don’t want to derail this thread further because it has helped greatly with the topic at hand, so my apologies; but I do want to use this opportunity to say that the communication needs to be improved - this I believe is a bigger problem than all the bugs and issues people are complaining about. When there are good communication they are buried somewhere in a thread or discord server. We don’t need communication just when the solution has been identified and are being worked on but throughout the process especially before and after updates. Better comms will provide us the foundation to replace those vacuums that are currently being created and filled with negativity with the facts and constructive inputs. I bring this request in good faith and appreciate the time taken to read and consider it.

Pressure is one thing… but I think the real issue is that the sim thinks the Temp is some crazy number like 60C at FL360! I can’t even get my plane to climb that high it levels off at 24,000 feet or whatever because the density altitude is so insanely high. It did this to me even when I turned live weather off.

Have you seen incorrect temperatures today? I have not seen anything suspicious since yesterday morning. 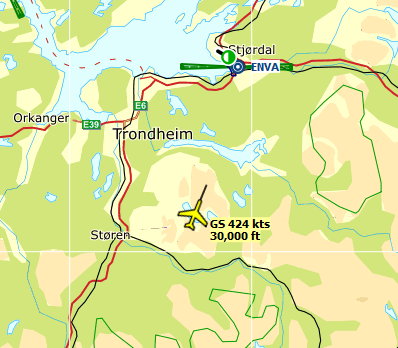 Oh believe me, it’ll come back for you too.

But this is the wrong topic for that issue.

The pressure bug is a different problem than the high temperatures.

I would think that they are related. When the sim thinks the ISA is +75 that ought to mess up the altitude reporting

No, Matt from Working Title had a long discussion about the altitude bug with several users on the forum who have r/w experience with aircraft avionics and altimeter systems. The altimeter bug comes from a change they made in the way that the sim calculates pressure altitude. It was an attempt to improve old code left over from FSX, but a mistake was made in the new calculation. In a recent post Matt said that they have fixed it, but it needs to be extensively tested to be sure it does not cause any other unwanted side effects before it becomes part of a future hotfix.

That said, high temperatures can indeed have an effect on measured altitude, but it is not the main cause of the incorrect reported altitudes affecting ATC and Vatsim

The high temperature bug is caused by the surface airport METAR data (which is part of the Live Weather system) getting mixed into the upper level weather data from MeteoBlue. This problem actually started several days before SU5 was released. Yesterday (Sunday) they turned the real-time METAR data off, and the high temperature bug disappeared. They turned METAR back on this morning, and the bug returned. There has been no official word from Asobo regarding any progress on fixing this bug, but I’m sure they are working on it.

Thank you for the clarification. That makes sense.

I did notice that temp issue a couple of days before SU5 when I was flying online on PE. I could not get my airbus to climb for the life of me and ended up having to disconnect in frustration. Hopefully they will solve these issues ASAP as it makes the sim unflyable

Awesome explanation that I think most people will understand that better.

That said, high temperatures can indeed have an effect on measured altitude, but it is not the main cause of the incorrect reported altitudes affecting ATC and Vatsim

The temperature effect has been disabled in the hotfix so in MSFS temperature does currently not have any effect on altimetry.