Very bad performance on the Rome to Naples mission

Hello!
It seems I have a reproducible issue with that particular mission. The mission loads and immediately my FPS tanks to 8 FPS. The dev mode FPS counter indicates a heavy load on “manipulators”.
When I try starting at the same runway with the same aircraft (via the world map) I get normal performance (25-30 FPS). I also get good performance with the A310 even in busy airports, both stock and bespoke so it doesn’t seem that the issue is linked to the plane itself.
The bad performance is related specifically to that mission and makes it impossible to fly.
I’m on the latest beta and I’ve updated everything in Content Manager. My specs are in my profile.

Has anyone else seen this or is it something on my machine?

Exact same thing here. I posted about it on the a310 forum but no one commented on it.

I must be a bug for that mission. I’m on the beta too and it’s still present.

I have a similar issue, runs at about 50fps, which is about 25fps less than similar flights on the A320 and 747… this plane hits the CPU hard, doesn’t seem to have been optimised very well.

In addition I’m getting these issues:

This is a specific bug relating to this mission. Your aircraft related questions can be answered in the main a310 thread.

Could you please vote for this topic if you have the same problem?

Done. Sorry, I missed the vote button up there.

Let’s see if you and I can narrow this down further. I have never tried it with no mods. I will make an effort to do so.

Where exactly can I find this mission?
I assume activities… And then?
Bush Trips? 40th anniversary? I can’t directly find it. 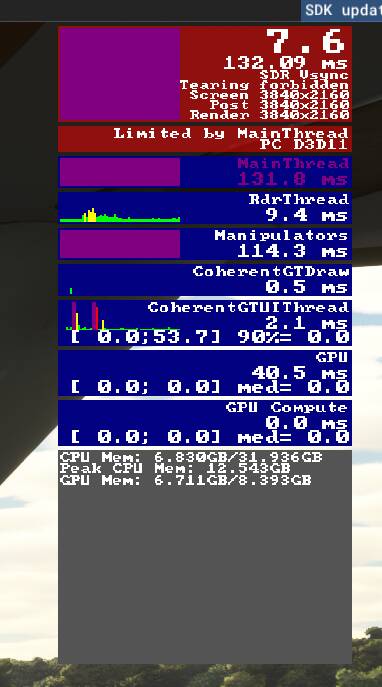 Not much better in flight, including AP porpoising (maybe due to low framerate)

Same location, same aircraft but not in a bush trip: 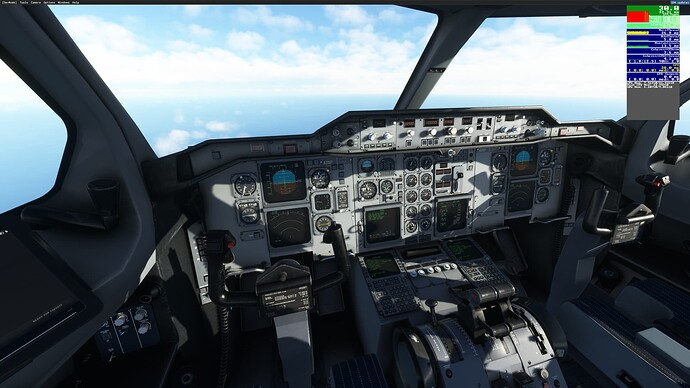 Thanks for testing! Could you please add your vote, so this gets more exposure?
I also think this now can be moved to a different forum section since SU11 beta has ended, but I’m not sure where.

Yeah I’m in the su11 beta and the performance is the same.

Do any of you see any live traffic out there? And switching between external/drone cam and back make any difference? Just trying to find causes…

Yes I was able to see both live players and AI traffic going around, the “multiplayer” toggle in data options is grayed out and forced to On.
Switching cameras didn’t help, and neither did switching off “live traffic” data.

Next thing I wanted to try was to load the mission flight plan from the world map and see if I see any difference, but I ran out of time yesterday.

Also worth mentioning that now I’m running the AAU1 beta 1.30.5.

It’s not you. I meant to retry it today but forgot. Will tomorrow.

I just flew the mission after today’s update and the mission is working like a charm. Can anyone else confirm?? @CheesierHawk103 @GFXONLINE @Pieter2427

Will try this evening and report in this post.

Update: Still very bad fps. If it’s any pointer: already bad performance during the end of the loading sequence 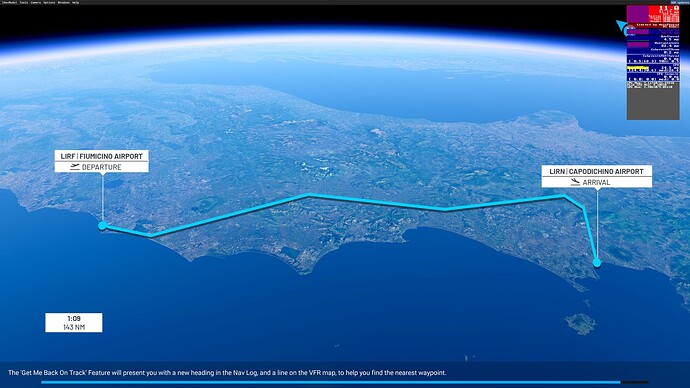 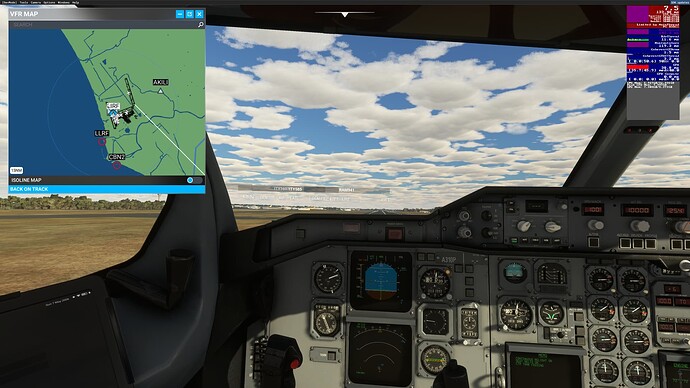 Even weirder: The plane is trimmed up 97% when starting and I’m unable to trim it further down than -21%, which still give a pitch up attitude. 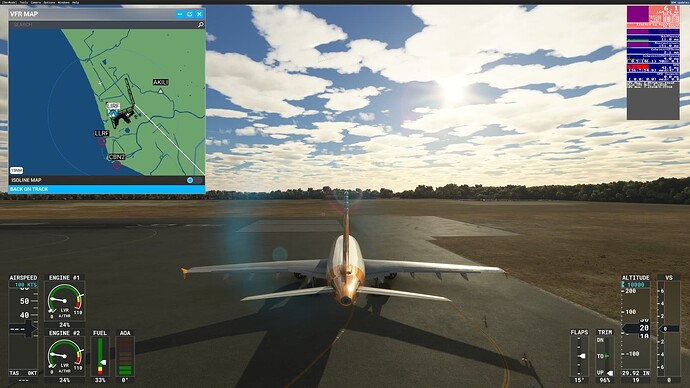 The moment you return to main menu, the performance is back to normal: 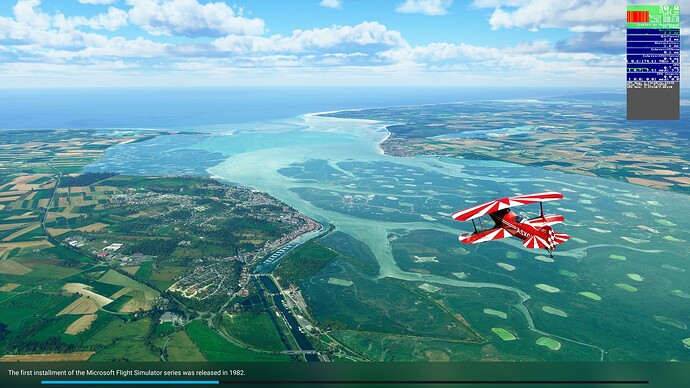 When loading in free flight, the performance is as expected (CPU heavy plane and old CPU, I know… Not impressive

) and the trim is normal. 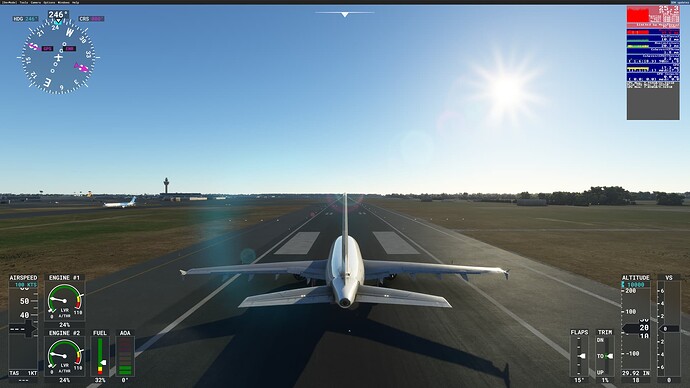