It looks like the issue is evident on the Nav1 HSI, which is the one coupled to the AP.

The Nav 2 HSI reacts as expected when selecting the radial, and centers in a stable manner

The Nav 1 HSI seems to be “Flipped”, and as you select the current radial, it flips violently from one extreme deflection to the other, in the wrong sense, as one passes through the Radial.

So you can fly an outbound Radial manually, using Nav 2 and the Nav 2 HSI, but in a NEW plane , that should not be broken. Maybe someone crossed a wire when wiring it up !!

So the $64,000 question - how long before Aerosoft fixes this as an update from their Store.
(The MS-Store is anyone’s Guess)

“My mama always said, MSFS Addons was like a box of chocolates. You never know what you’re gonna get.’” ----- “and that’s all I have to say about that.”

How are you finding vertical stuff with the autopilot?

I would expect to take off, having selected an Altitude. Then engage the autopilot and it should start with the VS of what I am already doing with no huge changes in pitch then climb to my selected altitude and level off then hold that altitude in ALT mode. It just doesn’t do this for me.

I would expect to take off, having selected an Altitude. Then engage the autopilot and it should start with the VS of what I am already doing with no huge changes in pitch then climb to my selected altitude and level off then hold that altitude in ALT mode. It just doesn’t do this for me.

That has always bee a BUG in the KAP140, from the day it was released – it does not CAPTURE the current VS when the AP is turned on.

Worse than that, the 1st time you use it, the VS is set to zero, and the subsequent time you turn the AP on, it set you to the same VS as you had when you turned the AP off.

There is at least one MOD on Github, that addresses this, and a few other issues, but the
Altitude ARM button continues to be not functional.

It it this one? Does it just go in the community folder like others? 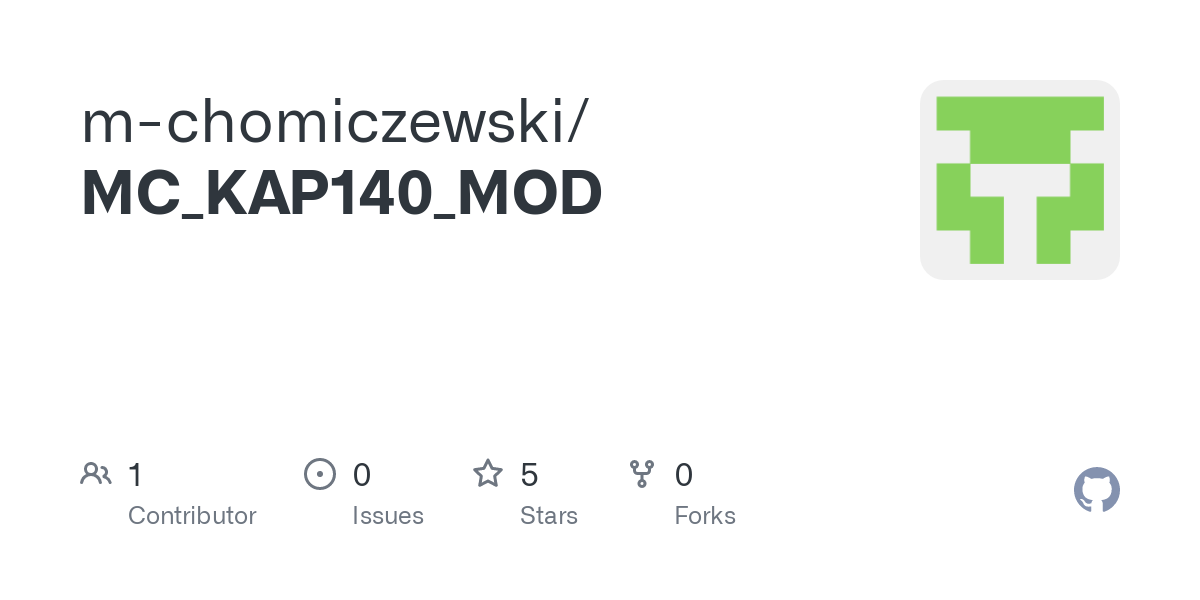 Contribute to m-chomiczewski/MC_KAP140_MOD development by creating an account on GitHub.

I am not using it, so have no comment on how well it works

Thanks, I’ll give it a shot, I had read something on the reddit it was linked to about changing and replacing some Asobo official files, which I am reluctant to do in case I mess it up, but if it just is standard mod I can try and remove with no harm done, I’ll try it right away.

Looking at it now (its 8 months old) when you extract the Zip, its a sub folder, mc-kap140 that you need to put in Community

That makes me a little sad. I mean I bought PMDG DC6 upon release knowing it would be awesome and it was. The JF Arrow was awesome upon release. The Aerosoft CRJ had some AP and ILS bugs. The NextGen EMB is still a mess. The SWS Kodiak was awesome after release. You win some and you lose some. The other payware I waited for. Strangely enough…the Carenado Seneca is like my favorite plane haha

I am sure (hope) Aerosoft address any issue in a timely manner. They have a good reputation to keep up.

Hmm seems to not work sadly.

I suggest you contact the Developer. (he is/was on Discord 3 months ago). At the time he was doing this, I was slightly involved, and found him to be a very pleasant guy to work with.

I’ve sent him a message on here, but if there was a discord link you had or something it would be great. The sound issue aerosoft have said they will fix, but not the broken autopilot. I fear without it the autopilot issues will make the Twin Otter unflyable for a lot of people who would otherwise spend a large amount of time in it.

I’ve never flown a Twin Otter, but have my private ticket and have a few hundred jumps out of them, including quite a few out of Skydive Perris Twotters, but not the one we have from AeroSoft. The sounds aren’t perfect, as in some of the transitions are confusing, especially going and out of beta. I also heard the flaps motor sounds when I hadn’t moved them a few times. But the rest are pretty good. The full power one is spot on. They definitely sound like they were sampled from a real Twin Otter. I’ve only got about an hour in this version, doing circuits and basic flight maneuvers, and while it exhibits some of the same traits as other aircraft in the sim, I find it pretty ■■■■ good. Like all aircraft released these days, it has room for improvement, but it no worse than anything else that I’ve purchased for MSFS. Think about how many times the PMDG DC-6 has been patched.

As far as the A/P, GPS, and other systems, most of the Twin Otters IRL are flying around with very basic panels. What I’ve seen so far of the engine management and other basic flight functions are working as they should.

IMHO, expecting a perfect simulation right out of the blocks is unrealistic and shows a lack of understanding of the simulation market. You need to wait perhaps a year and sometimes longer for most of the bugs to be squashed. And 35 of today’s inflated $ is a bargain for the many hours of pleasure that this aircraft will provide.

Does this Twin Otter steer properly on water?

yeah, very sensible remarks…sadly a lot of gamers seem unable to handle the
slightest thing that bothers them.

IMHO, expecting a perfect simulation right out of the blocks is unrealistic and shows a lack of understanding of the simulation market. You need to wait perhaps a year and sometimes longer for most of the bugs to be squashed. And 35 of today’s inflated $ is a bargain for the many hours of pleasure that this aircraft will provide.

You are absolutely wrong on this I feel, and are just both excusing and accepting bad stuff, There are massively glaring issues.

On the other side I have had this since day, look around the forums, there has been no bugs like this. It is a study level plane and even though it costs 3X the otter the point is it works. since day 1 as expected!
https://www.x-aviation.com/catalog/product_info.php/take-command-hot-start-challenger-650-p-212

You cant get pleasure out of something that does not work. It has many issues that stop that.

Are we now at the stage where for less than $50 you cant expect it work correctly? Is this what MSFS has come to?

1: There’s nothing “Bad” here. The quality of the Twin Otter is quite high across the board. It has a few flaws that will be ironed out in due course, like 99% of new products.
2: Saying that “It doesn’t work” is also completely false. I’ve completed successfully several flights with it, and in none I have found issues that could not easily be worked around or prevented me from enjoying the flight.

Hardly obsolete. It will be newer upon the release of the next iteration and by your logic that will make MSFS obsolete which of course it will not be. No need to hate on other sim’s or developers just because of your clear bias.

And look at the forums, there is quite a bit wrong and its basic stuff. The Kodiak is a better buy and has no issues like this if you want to compare in sim, less hype, less marketing, more flying!

I’ll ignore the personal insults because it’s not worth addressing.

The Kodiak is a great product, but it has its share of issues like all new releases, in fact, the developer is working on an update.

It definitely offers far less bang for the buck in terms of options (floats sold separately and less model variants on top of a higher price), and let’s not forget that single-engine aircraft are simpler to simulate than twins.

Trying to put two addons one against the other is simply disingenuous. We have two new very good aircraft to enjoy. One doesn’t need to choose one.

If you don’t like the term, feel free to choose an equivalent. Old, vintage, been around a long time. If it wasn’t, they wouldn’t release a new one.

It wasn’t an insult! It is an observation!

I understand what you are saying but this is review speak. The detachment from the actual simmer is so vast within the MSFS Eco system it is fast becoming an issue…