I’ve been looking for info on MSFS and the 11900K. Here are a few videos I saw that have benchmarks including MSFS as part of their tests. 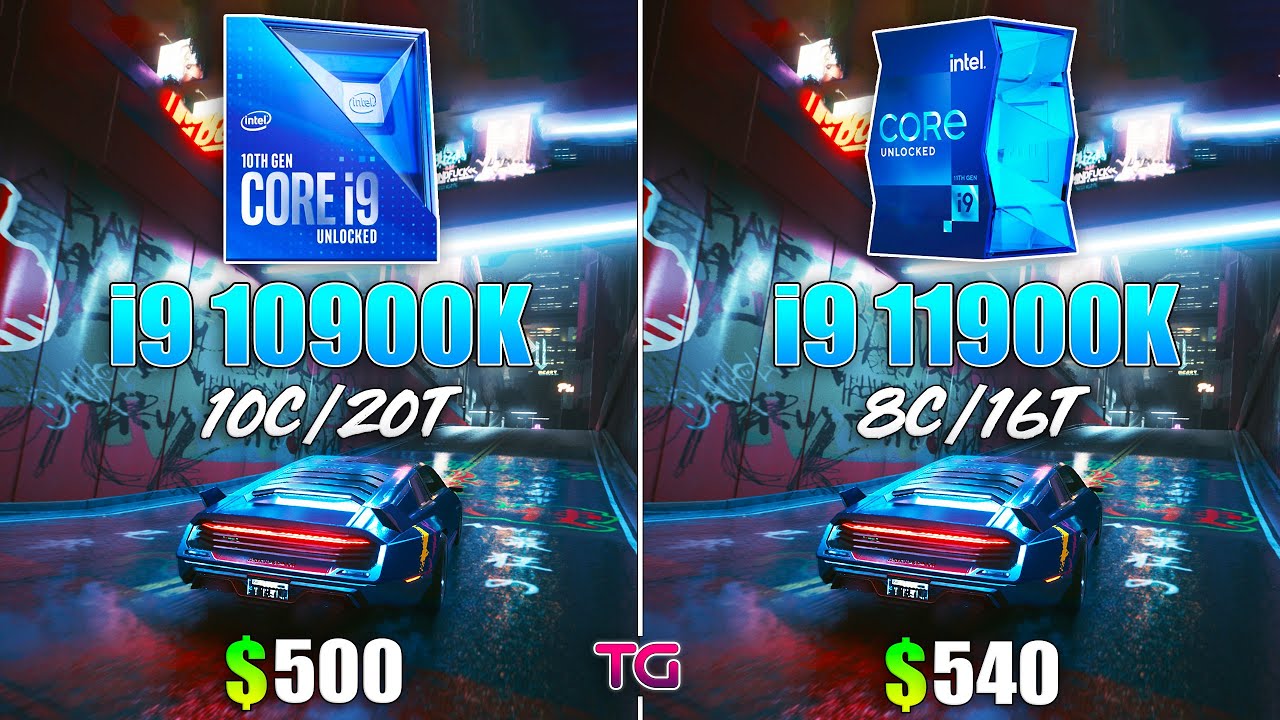 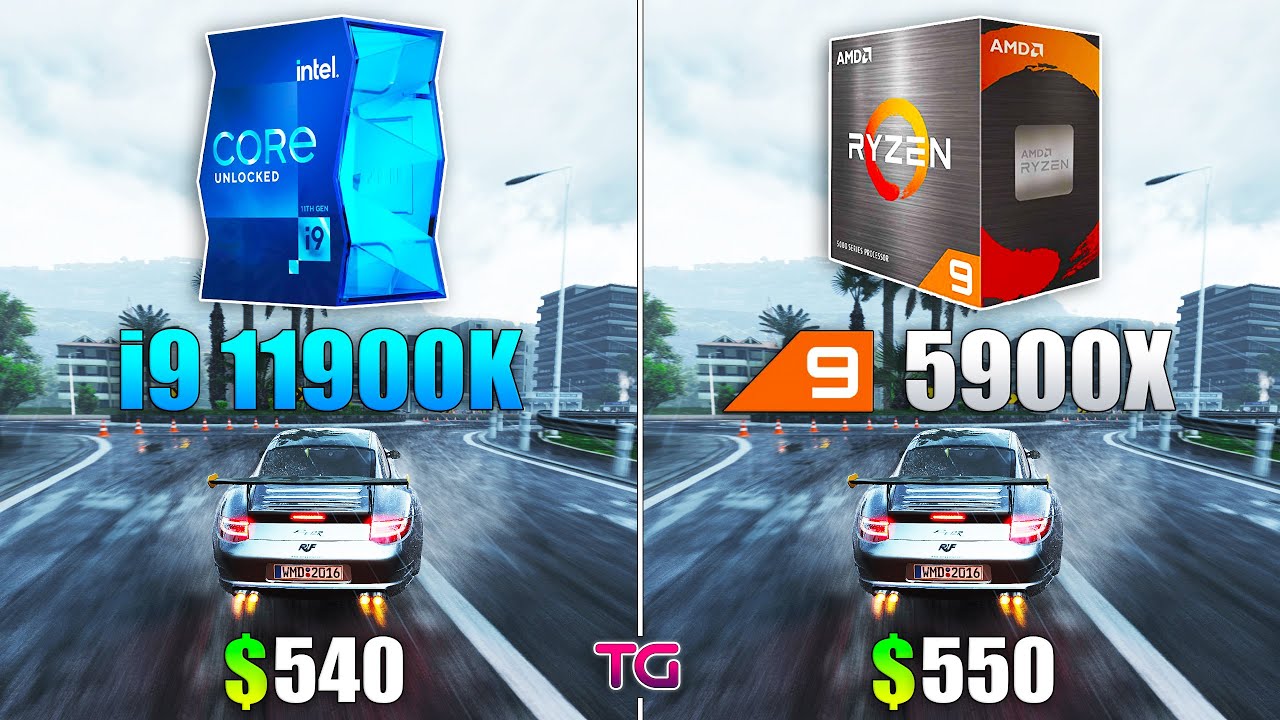 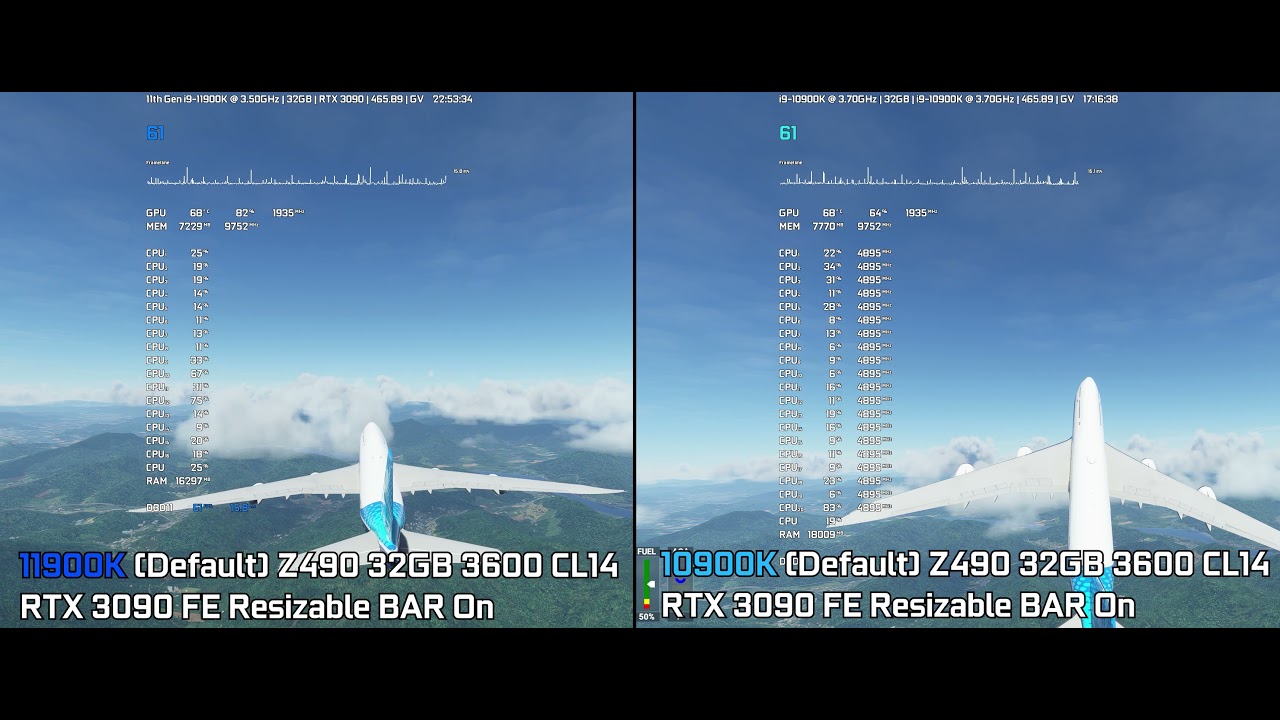 cool. i’ve got one arriving tomorrow, but i’ll be putting it into a z490 for now. still doing research on which mobo to go for. It looks like around a 10fps difference over the 10900k. I’m currently running a 10700k with a 3090, so it should be a noticeable improvement. Not too concerned with the FPS per se, just those micro stutters. The frame dips are hardly noticeable with Gsync anyway. If it can easily clock up to 5.3 with HT off like the 10700, it should be a good experience.

I think a very easy and straight forward benchmark is the Sydney landing challenge with 1920x1080p with Ultra preset (LTT also uses this scenery to test). Just wait it out until it starts automatically and go straight ahead. whitout touching any controllers. Can the 11900k deliver over 60 FPS here after several runs?

As long as HT is not disabled for comparison this benchmarks are not very useful imho.

Although the new naming by Intel is annoying for that the 11700K is practically the same as the 11900k with some small restrictions. A 10 cores on top would have been the correct answer.

Well, not too much to write home about yet, unfortunately. I have noticed that there are far less stutters (of all kinds) and gameplay is generally smooth. I have been testing with the FBW A320N and the Aerosoft CRJ. I am thinking that I’m limited by my motherboard at the moment. I’ve got a Z590 coming tomorrow, so we’ll see.

The Sydney scenario you suggested showed: In cockpit avg 43 FPS, external 56 FPS. I’m running 3440x1440 so I selected 1920x1080 for the test. With my native resolution, I’m GPU limited. The quantifiable performance in terms of FPS has not really changed over my 10700K at 5.3 HT OFF. But like I said, stuttering is virtually gone. I’m using G-Sync so that may be a factor. TLDR no, it can not give 60FPS in this scenario for now.

Overclocking on the Z490 has been really tricky since the board isn’t capable of using many of the features the 11900K has to offer. I’m expecting to see an improvement once I get this chip in its proper environment.

I don’t see why anyone would choose the 11900K over the 10900K, why pay more for 2 fewer cores. Yes, the 11900K may result in slightly higher FPS, but I wonder if an overclocked 10900K at the same boost speed as the 11900K would result in pretty much identical performance.
Also for longevity, I would go with the 10900K.
Would of course choose the 5900X over them both, but the price isn’t right for that atm.

where it is more like 25. The biggest thing is that it is very smooth though. I’m definitely not seeing enough to consider an upgrade at this point - actually thinking going to 64Gb RAM might be a better investment of that kind of money.

I think this is relavant. Even the 11700K performs better than 5800X in this benchmark (a reviewer that actually shows the hardware in the beginning, probably not fake as many other fabricated numbers on Youtube).

11700K performs a couple of FPS higher at 1080p and 1440p, but the interesting thing is that Intels 11th gen overall has better 1% low, presumably resulting in less stutters. 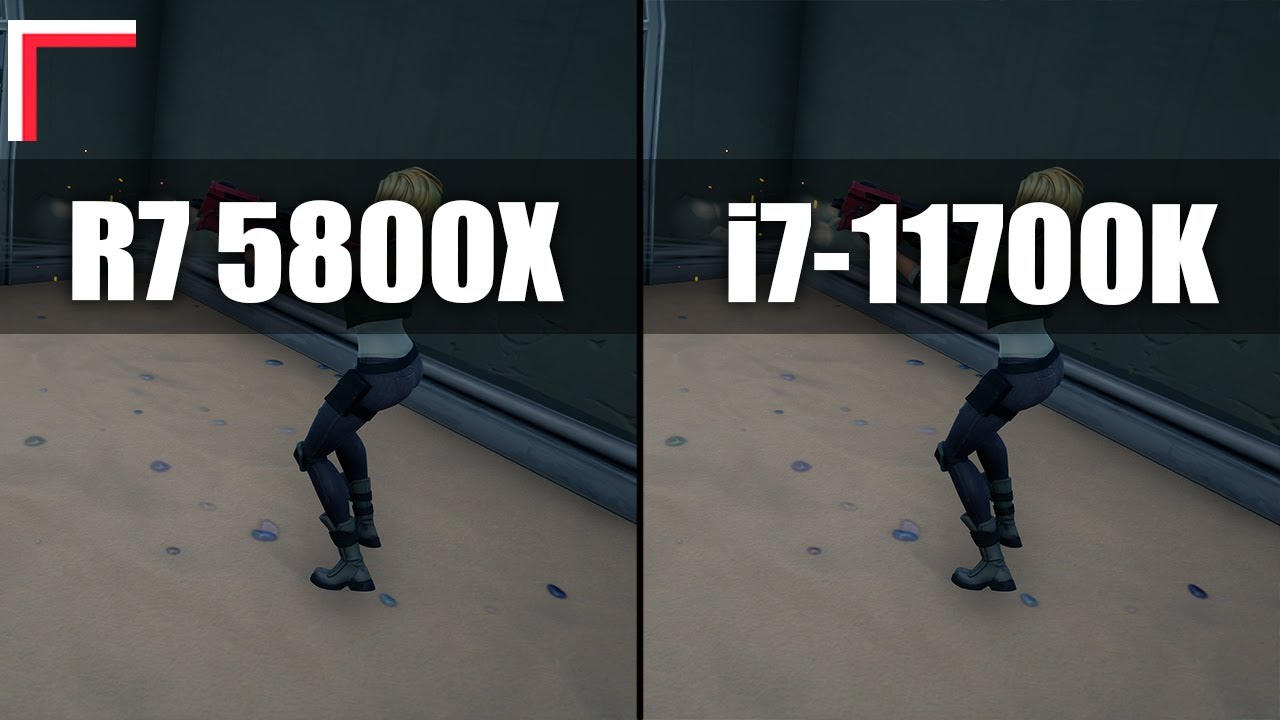 Especially for MSFS, which is a main threaded aplication, I would get an i9-10900K, disable Hyper Threading and have a ten pure cores overclocked to its max.

I can’t see nothing better than this.

I think 10900K are very good and probably the best overall Intel CPU atm for both gaming and productivity. But If you are going to build a “no compromise” gaming PC with it’s primarely focus on FS2020, don’t you think the 11th gen would perform better?

With the 11:th gen you have better memory controller, allowing higher DDR4 speed, PCI-E 4.0 and a higher IPC. If you manage to cool the 11700K or 11900K allowing them to boost as high as possible I think they are really hard to beat in FS2020.

I would wait for good reviews, because who is getting these CPUs will certainly play at 1440p and above, and then the difference in between CPUs fall to single digits, sometimes a technical draw. In this case, a ten core Intel is more appealing than an 8 core. I’m not sure about the IPC, but if the i7-10700K is spanking* the 11700K, there was really no IPC improvement, or just marginal.

*in the sense it is an older generation coming on top on the benchs (bizzare, really).

And 10 cores is better to render those pos-flight videos.

Well, I’m happy to report that with the new motherboard, a fresh windows install, and a vanilla FS install, with the Sidney test I was averaging between 55 and 63 FPS in the cockpit. The chip is clocked at 5.3 with XMP for the memory running at 3600.

Interestingly, with the 1080p for the test, the FPS were averaging 50. I think the 3090 is doing a lot of heavy lifting, however, it’s nice to know that the CPU is able to maintain 50FPS essentially by itself.

Thanks for sharing! 1080p Ultra and Sydney landing can be very inconsistent from run to run. First run is always faster, can almost be +10fps but with more stutters. When everything has loaded/cached and I take a restart challenge it settle and are more consistent between runs, but lower FPS. That’s one reason I’m not certain that review benchmarks can be thrusted, perhaps they restarted a challenge for some reason, and take that FPS into count instead. That could be one reason why results are all over the place between both CPU:s and GPU:s. tested with FS2020.

Yes agreed, I would say about 1440p ultrawide to 4K+ the CPU will probably not be the bottleneck unless you run a 3090 or VR.

Well for me, less than 1% of my usage is rendering videos while >90% is playing MSFS and other games, so multi-threaded performance isn’t my priority.

I don’t think there’s been a lot of hype, just typical marketing that accompanies a new product launch.

Everybody knows it has 8 cores instead of 10. It’s still on 14 nm. The reviews are terrible, except for the reviews that focus on Flight Simulator.

This is a MSFS forum and MSFS happens to be where the 11900k does well.

If I had a 10 core Intel, ring bus architecture, I would hold tight to it until Intel comes with something that people aren’t laughing during the reviews. Boy, a 10 core with hyper threading disable in a custom loop clocked to 5.2Ghz…