VS OR FLC for up and down

Which is better to use for decending or accending? VS or FLC?

FLC for climbing, you have low speed protection this way as speed is controlled by changing the pitch.

VS or FLC for descent, VS allows for a better descent control, FLC for better fuel efficiency.

With pratice, FLC can be used to allow descent close in accuracy to VS with the benefit of idle fuel flow during descent.

With pratice, FLC can be used to allow descent close in accuracy to VS with the benefit of idle fuel flow during descent.

With practice, proper descent planning will allow for idle fuel flow with unprecedented accuracy with VS/FLC or no AP at all.

@RFG1022 many commercial operators will P.P. whack their pilots that use VS going up OR down. FLC is the safest option in both cases but proper planning is still required.

@rfg1022, that is a question that requires the type of aircraft to answer, especially in the climb, with perhaps one exception. During descent, unless you MUST keep a speed, using VS may be a better tool for the job. You can dial in the rate and subsequently the angle of descent which may be more comfortable for your virtual passengers.

Also, more importantly, VS gives you a more precise way of managing a descent when you don’t have vertical guidance. You have one part of the math problem already solved - rate of descent. Now you just have to know ground speed and distance and you can use this to be pretty precise in an RNAV arrival with altitude restrictions when you don’t have VNAV capabilities. FLC will provide pitch to match the speed you prefer and can change your resulting VS.

Depending on the aircraft, you may have different capabilities. In the climb, VS is not really great as YOU may have to manage the power more closely. If you have an auto-throttle equipped aircraft, FLC will essentially get you rated thrust and your climb rate will be whatever it can do to match that speed - Again, it is based on pitch to match the speed. In some aircraft, mostly GA, I would be using VS for both climb and descent. If it’s an airliner, I’m using FLC, VNAV, or Managed climb (in an Airbus) for the climb and VNAV or Managed descent for the descent. When down a little lower, I switch to VS or if I have time, can use FLC or Open Descent for more shallower descents where I need to keep my speeds in check.

@willisxdc and there was a time when Southwest Airlines didn’t even have VNAV installed in their 737s so it was either FLC or VS. Both tools can get the job done but as you said, either require proper planning to use effectively.

I agree, however I think the question was implying the use of AP, hence my reply.

@Fmgc320 VNAV will calculate deceleration points for speed restrictions and for flaps extension, so theoretically you wouldn’t need VS. In practice depending on the procedure and the conditions VNAV can be a bit capricious.

@Boufogre, yes, totally understand VNAV and with the proper aircraft - typically an airliner, I’d be using it all the way down into the terminal area. However, at some point, usually below 10,000’ or thereabouts, you may start getting off the STAR and begin getting altitudes, headings, and speeds from ATC. For this, you’d HAVE to be using VS or FLC or no AP at all.

In the sim, I often hear folks who don’t “pretend” they are in a virtual ATC environment where this would be standard practice unless you were on some kind of full “descend via” atc instruction, or were doing a Continuous Descent Approach coming off the ocean for instance.

This isn’t official but for me in an airliner:

With practice, proper descent planning will allow for idle fuel flow with unprecedented accuracy with VS/FLC or no AP at all.

The question is about AP specifically… Not about what you can or can not do without AP.

There is no FLC or VS button on your ‘not autopilot’ hand.

With WT G3000 V0.6.1 VS mode is very interesting as you have an blue arc display on the aircraft position vector indicating where the specified FL will be reached.
Very, very useful for STAR and RNAV approach. You have just to set the rate of descent positionning blue arc on the corresponding way point altitude requested.

FLC up VS down

I typically use FLC for climb, VS for descent.

FLC is the safer option for climb, as you can set your climb airspeed and don’t have to babysit your climb to ensure you don’t stall on the way up.

For descent, I typically use VS, particularly in non-pressurized planes. More than 500 fpm will wreak havoc on your passengers’ ears, so that’s typically my descent rate. It’s not an issue in the sim obviously, but I like to constrain myself to what would be the situation IRL. Although I’ll occasionally go to 700 fpm if I need to bleed altitude a little faster.

Not sure what’s really “best practice” IRL as I’m not a pilot, but that’s what works well for me in the sim and I tend to stick with it.

The question is about AP specifically

Amazing how some will troll the forum just looking for opportunities to correct others.

The answer was to suggest that auto-pilot is there to assist the pilot, not to replace proper planning. Idle power descent is achievable in any AP mode if the proper planning is done.

My reference to no AP is to illustrate that fact.

Afaik usually you would consider passenger comfort. See alot of airliners in the sim on flc pulling some extreme fpm climb and descents.

VS is great for passenger comfort.

As @Crunchmeister71 mentioned above, pressurized aircraft will control the ascent and descent rate in the cabin to maintain a comfortable transition. Relatively high vertical speed rates are used as a matter of course, especially during departure. As long as the maneuvers are done smoothly and proper coordination is maintained, passengers will normally be unaware.

Non-pressurized is another story and a good pilot will avoid excessive rates to maintain passenger comfort. Again, proper vertical profile planning is the key. AP mode is not the controlling factor. Airmanship is what controls passenger comfort.

VS should be avoided in ascent, particularly in high altitude climbs where airspeed can become a fine balance.

There is no FLC or VS button on your ‘not autopilot’ hand.

What is that supposed to mean? Without AP there still is a Flight Director to follow, it remains important to keep the FGCP programmed correctly even without AP engaged, otherwise FD should be deselected.

To answer the OPs question, its pretty much depending on the aircraft. On the ATR we use FLC (called IAS) during climb, we are allowed to use VS or basic PITCH mode during climb with caution unless in icing conditions. For the descent I never use FLC mode on the ATR. Its uncomfortable for the passengers when trying to find a power setting which corresponds to the correct descent path while the AP tries to maintain speed. Its easier to use VS mode and set the correct vertical speed to maintain descent path and then adjust the power to maintain speed. On a turboprop it is a bit different anyway as you keep a fair amount of power during descent, on a jet its mostly idle thrust all the way down.

On the Embraer we use FLC or VNAV during climb or descent. Additionally we could also use VS or FPA (Flight Path Angle), although I don’t see any reason for using VS or FPA mode during climb. There is one exception during climb, no matter the aircraft type where VS mode should however be used:

The above procedure is completely ■■■■ to perform in MSFS as the vertical speed logic is wrong, instead of activating using the vertical speed at the time VS is pressed, it reverts to the last selected vertical speed. For example, when climbing and selecting VS whilst previously having used the VS mode in a 1000 ft/min descent, the VS mode activates with -1000 ft/min rate of descent and the aircraft will transition from a climb to a descent if not fast enough on the thumbwheel 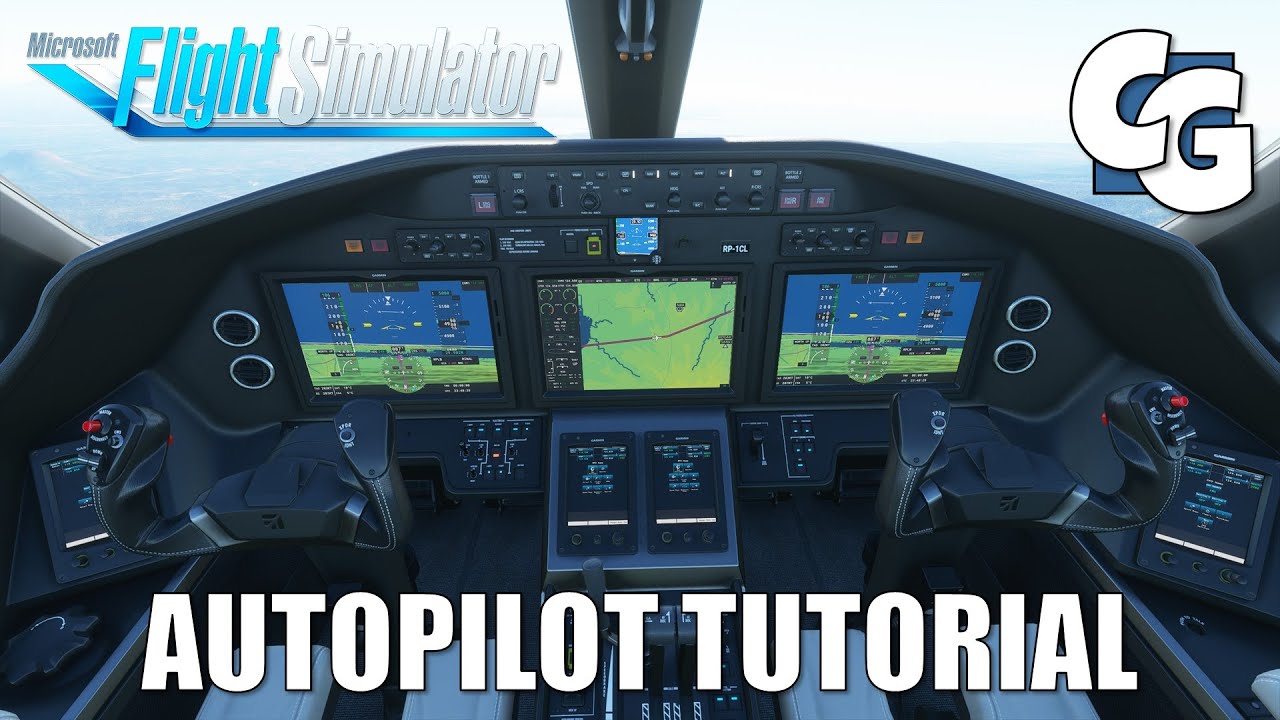 Horizontal guidance not working with autopilot OFF (like in the video) finally got fixed a couple of updates ago after a lot of lobbying.

FD lateral mode not working with AP OFF on any aircraft! Resolved Bugs

This is a a bug affecting nearly all aircraft in MSFS: When flying with Flight Director ON but Autopilot OFF and any lateral mode selected (HDG - FMS - VOR - LOC doesn’t matter), the Flight Director commands wings level and does only respond to the active vertical mode. When selecting autopilot ON the flight director starts responding to the active lateral mode and the autopilot starts following it. Of all the aircraft I’ve tested so far only the Airbus A320 seems to be unaffected but …

I like FLC or LVL/CH for both climbing and descending.

Because you fly A320

. On most jets you’ll descent with idle thrust anyway so its easy to maintain speed with pitch without extra variables. On props you keep quite some power during descend, depending on the aircraft this could create a phugoid as you adjust power which affects the speed which in turn causes the autopilot to pitch up / down to maintain speed which changes the rate of descent. Its not a very efficient way to follow the correct descent path. In real life I never found this a workable option on props.

Not really, since this is a super old video and a lot has changed in the meantime.