When flying at low altitude over water I can see patches following the aircraft.
Empty community folder, RTX3070 with nvidia 466.27, high setting (including water)
Does anyone has the same problem? 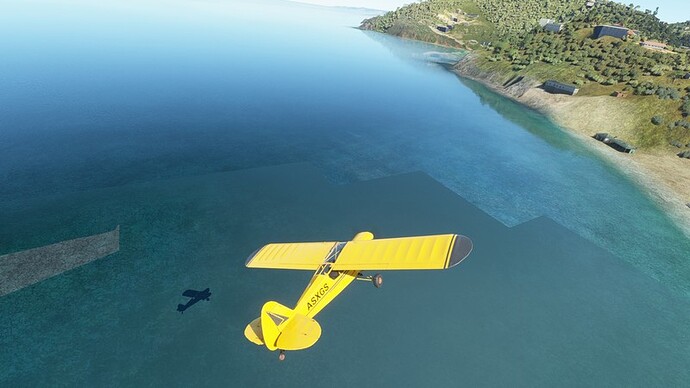 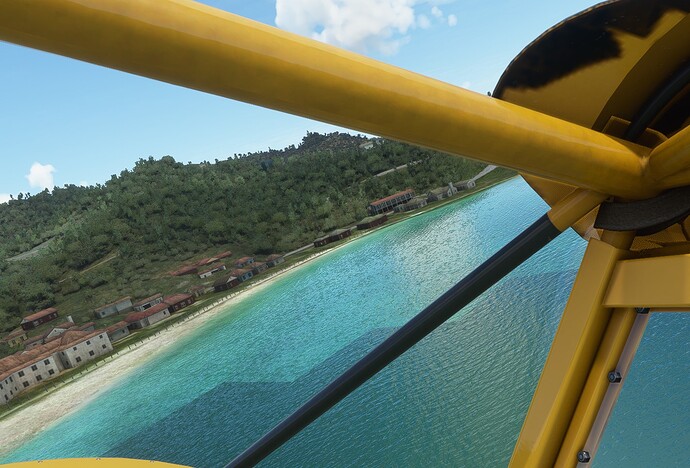 Am I the only one experiencing this issue???
Since the USA update, I see this jagged shore line in Toronto… the image below is Toronto lakeshore taking of from CYTZ, this changed recently, I believe same time the USA update was released 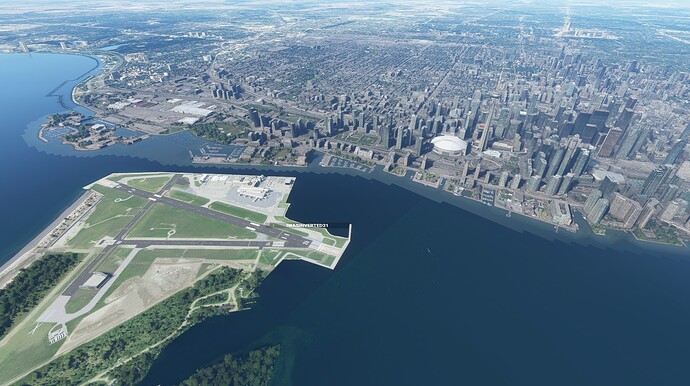 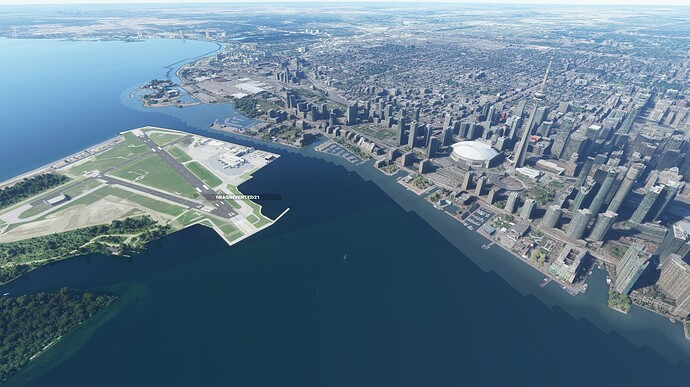 This looks terrible and I know for sure it wasn’t like this before, as I have flown to Billy Bishop many times before.

Game, windows, and graphics drivers are all up to date … very disappointing and unrealistic

I found som pictures of what it use to look like before this change, take a look at these with same settings 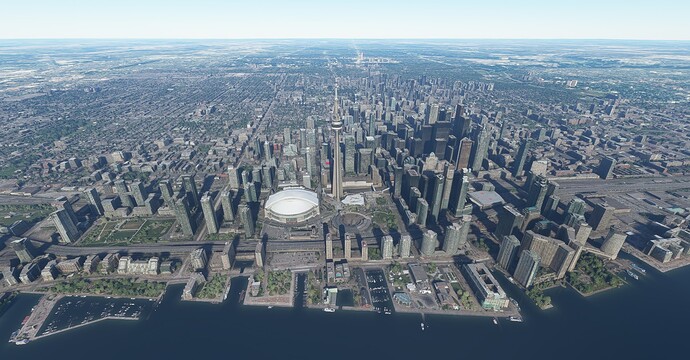 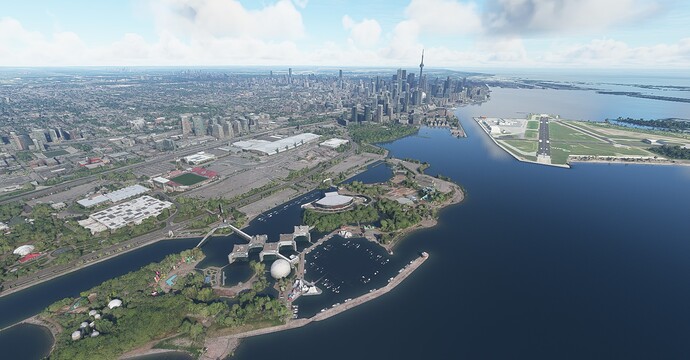 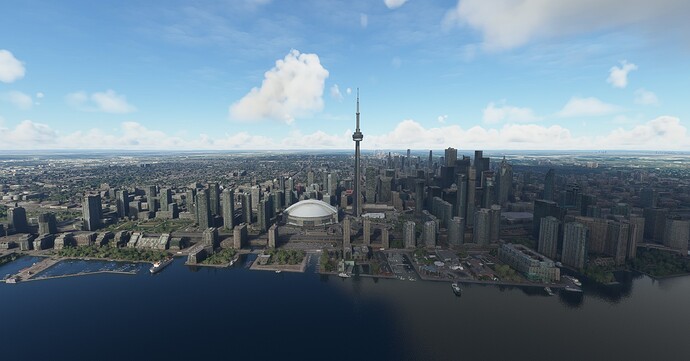 I hope this gets fixed because I use to love flying around here, now I avoid it completely

I see the same thing. It’s only in this very small area though. If you look up the coast in either direction it’s fine.

Same as @hobanagerik …just have one area from the marina eastward toward the next land area where it’s that way. Rest of the coastline both east and west of there seem to be fine (at least within the 40 NM I went when testing).
Regards

Yes the rest of the coast is fine but it’s the heart of downtown that’s affected. That’s exactly where you take off from and yes it’s a small area but it’s the most important area for anyone taking off from Billy bishop as it runs all along the downtown area. Strange thing is it wasn’t like that before.

Oh yea, agree with you that it’s bad. Just strange that it only affected that small area. Not sure what they did!
Regards

Hope the devs will see this topic and resolve the issue

I agree! I hope so too, and I hope the fix that night lighting for the skyline because right now it looks terrible to be honest, I never fly at night around Toronto lol the CN Tower looks like a mess… maybe in a “Canada world update” … hope soon

Yes… I see it too. The USA update was a disaster for coastlines in many places. As one who has flown from the island quite a few times, it was disappointing.

They also messed up Loch Ness with the same update. UK update never helped. Water level was perfect there before US update too.

Such a shame when such issues are created, and serve to be thereafter forgotten.

@KJKerr I’m hoping they resolve this soon, I noticed it in Toronto and it’s very noticeable, I have seen it in other locations, some not as bad as others (Niagara Falls) but it just looks so odd. Not only do we have the jagged edges but also 2 toned water masks in the same area which looks terrible

please upvote if anyone’s seeing the same issue, don’t want this post to sink too fast without being noticed

I saw the same issue yesterday around St. Barthelemy (TFFJ).

Looks like the ground data (water) was loaded below the water mask one. It was only visible at low altitude. Haven’t seen it since.

Can confirm this happens around TFFJ and Mont Saint-Michel, but not in some other areas with water masking that I checked, so it’s not a global issue. Best to include the exact location in a Zendesk report if you send one.

Saw this off shore of Wellington, NZ, loading blocks in as I flew toward the airport. It looked like there was some kind of water masking, that frozen wave/purplish ocean look that sometimes accompanies water masks (especially around St. Vincent in the Caribbean). 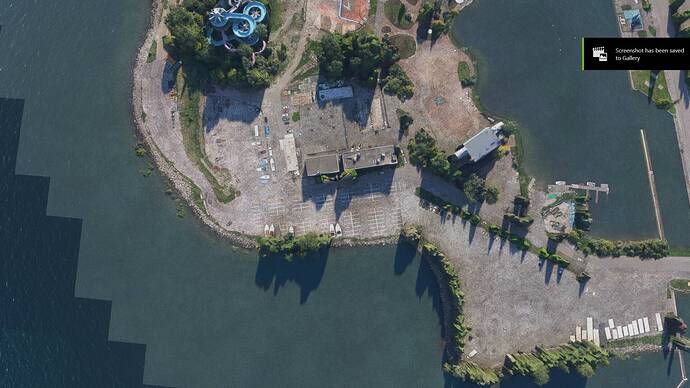 I see the same thing in this location, not sure if it’s caused by Roman Designs GTA or not. Will have to try a flight without it, been using it since December 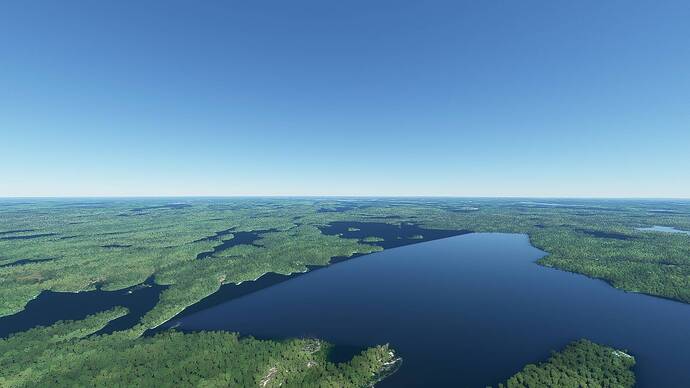 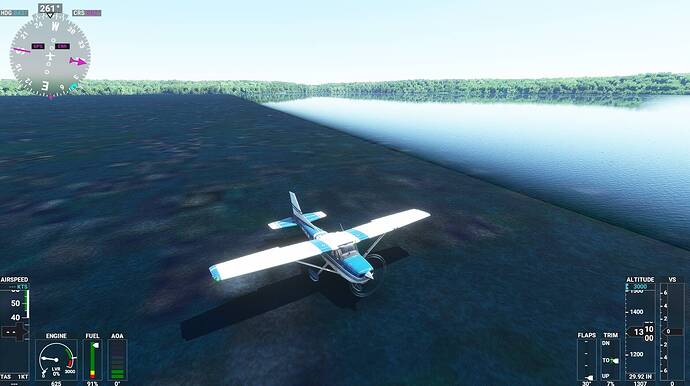 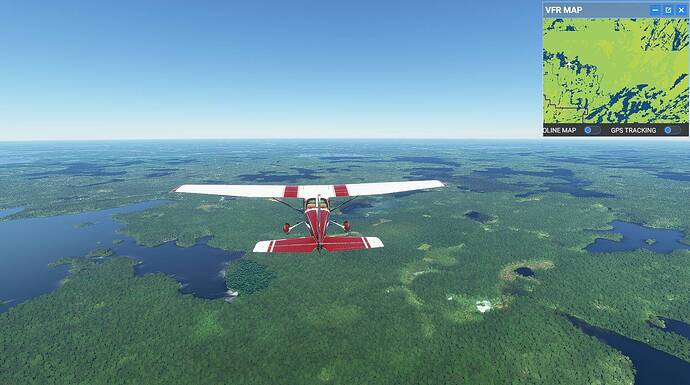 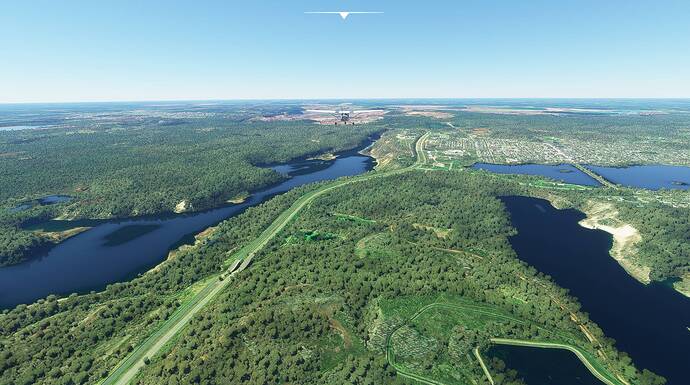 This is not the same error as described in this thread. I would recommend creating a new one.

got that problem too 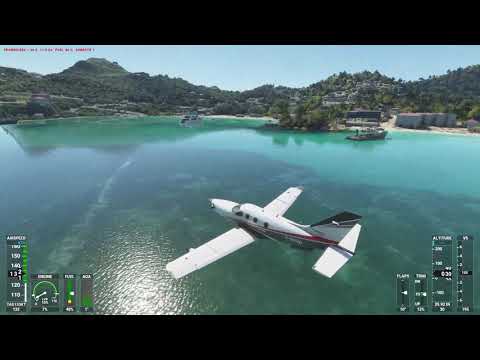 anybody found a fix yet?