Weather transition is not smooth after SU7

I totally agree…so if there is no time to make an implementation skip the feature for the next update but don’t give users a broken sim.

I experience similar issues and talk about it in my video.

It’s a bit a rant ^^, excuse me.
But I talk about the issues I have ran into.
Mainly:
Very inaccurate live weather and the apprupted changes of it.
Watch the first 3:30 minutes, the rest is rather the same

This information is definitely helpful.

My next question then is this:
Was the fog the only aspect of the weather that transitioned suddenly, or did everything else transition suddenly as well (winds, clouds, pressure, etc)?

From what I’ve seen in the videos showing this issue, the sudden transitions seem to only happen with the fog, nothing else.

One thing is asking for METAR based weather, another is finding yourself flying in perfectly clear skies and then go into zero visibility in zero seconds. I’m sure that none of those guys wanting METAR based WX is happy right now. METAR are clearly not correctly implemented in the weather model and it really reminds me of flight simulation 8 years ago

Fog was the only thing I noticed. Winds and pressure may suddenly change as well since they are apparently using the same METAR based system. I’ve seen reports on this forum of rapid changes in the clouds as well, but I haven’t seen it myself except once when I first loaded the SU7 beta, and took it to just be some random fluke.

I’m wondering if elevation has anything to do with this and if this is possibly related to the AGL/MSL issue. Using your example of KONT and then flying north, the elevation on the other side of the mountains seems to be much higher than in the LA Basin. Because clouds aren’t being rendered at the right altitude, I’m wondering if this is also affecting the fog layer and how it generates. WIth the AGL/MSL issue, a lot of weather is generating into the ground depending on where you are.

So the next thing I’m going to keep an eye out for:
Does the sudden transitions only happen when flying between METAR stations that are at significantly different altitudes.

if there is no time to make an implementation skip the feature for the next update but don’t give users a broken sim.

I wholeheartedly agree with this. If a feature is not ready for primetime, it should not be in the build. If more testing is required, keep it until the next update and test it properly. People will be impatient, but it will be better than pushing half-tested, incomplete updates that break functionality. I’m not sure how that works in practice, as features are sometimes interdependent. But it’s a goal worth striving for.

but it’s worth noting that the RTMA has been under development at the National Weather Service for more than a decade. Producing a high-quality product that blends observations and models is VERY hard. With more time and effort, I’m sure MeteoBlue can improve the current product.

That’s what makes me worry: a decade is the lifespan promised for MSFS.

I’ve noted the instant transition between KEDW and KMHV which has a 500’ elevation difference (2300’ to 2800’) over 16nm. That’s an easy one to reproduce too because Edwards AFB reports a much higher max visibility (currently 60sm) than Mojave does, which tops out at 10sm.

This one is annoying too because you can see Mojave as your approach, but then it just suddenly disappears like Johnny from Airplane unplugged the runway lights.

They need to choose one system and then focus on that. Now they have two different systems to focus on instead. I would choose meteoblue system, i think that system is the future not METAR. METAR is already tested in so many sims and it’s not good in my opinion.

If we want to use metar we can already use unreal weather engine.

The sim was using METAR data before, just it was blended way better than now and it was disregarding clouds and visibility.

It was but the winds was static. That we can’t see though. Only measure and i measured and it was always at constant windrate at groundlevel. That’s not a dynamic weather. Real winds always fluctuate more or less. Clouds are not static in real world they always changes dynamically and they are not based of some static METAR. They are formed because of high and low air preassure. Hot and cold air simple explained. All of that is simulated/calculated reported to the sim by meteoblue. Maybe not perfect all the time but i think it’s the closest we can have the weather simulated dynamically. Now with METAR they change from that system. It will be more static that way. Metar is local and static (like a picture) with more accurate data, meteoblue is global and predicted not that accurate all the time but dynamic (like a movie). They need to change many things to get METAR static to blend in well with meteoblue dynamic.

It happens with winds too, on my first flight (a bit above with screenshots) LEIB-EDDS I had windshifts all the time (like in FSX before) !
They also happened sporadically before but so rarely that it didn’t matter !

Still have upper wind shifts here, can see here the wind shifted by around 50 knots, then it shifted back again, also seemed it changed the air pressure. 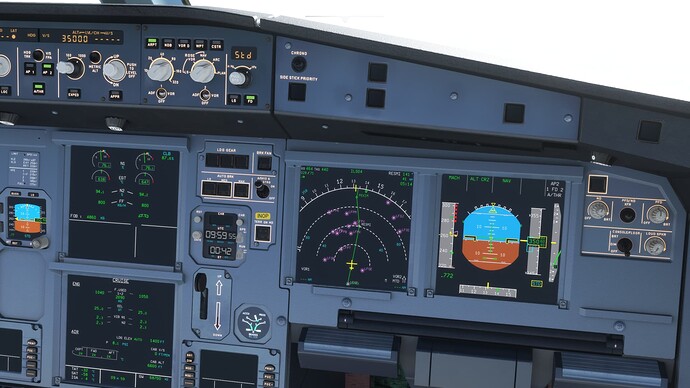 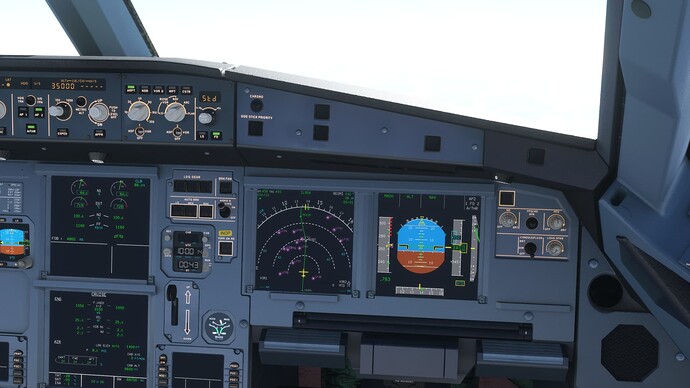 Just bring it back as it was pre su7 atleast. I want pre su4 weather back without any METAR integration in the sim. I want it all dynamic and realistic. Not perfect accurate to how the current weather is. I’m not flying in the real world. I’m using a sim that should simulate weather dynamically as the real weather is. I don’t want those static METAR clouds circles as fsx.

This is more unrealistic than have clear weather on the ground in my opinion. 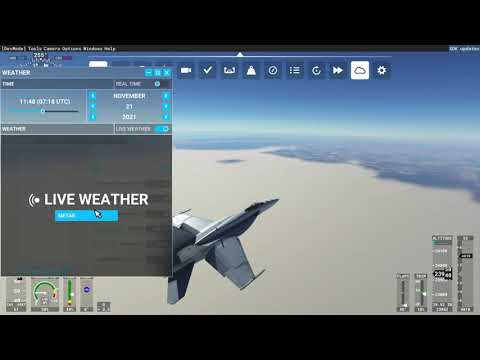 Experienced this for the first time today. Flying from Oahu to Kauai… From 10 miles out, skies somewhat clear with a nice looking misty layer over Kauai. Then … POOF… instantly surrounded by cumulus.

What have you been up to with the weather? Why if something works, don’t you leave it as it is?
Now the weather transition is truly horrendous and unreal. Please fix! It seems to have gone back over the years. Will we put it by hand in a while?

yes, we all ask ourselves that.
I know of course why and what the approach was - we have discussed it here enough (no visibility layer, VATSIM Metar fetishists need it to be able to fly online, and I mean that more as a joke than a disparagement…etc etc, it has all been listed and many people understand it).
Well, it’s still not clear (officially) which model we have - just a currently bugged system which will be hotfixed in a few days and we’ll all be happy again (forecast remains and is just BETTER than before with METAR added).
A complete weather system change to Metar based and only with forecast added ! (for my part this will make the sims no longer “usable” stupidly said - back to the “roots” P3D or XP11)
Or it is a transition with try and error the next months (not that everything always works immediately that is clear anyway) - thus theoretically also not really usable, at least until the big whole comes.
Until I know that - I’ll stay on the “ground”

I confirm there is something wrong. I was flying from PATK to PAFA with real weather (it was very nice and sunny) but during approach, a think layer of haze appeared suddenly and instantly around the airport, bringing me many years back when there was no smooth weather transition. I never seen something like this in MSFS before SU7.

We can describe it as a round picture appears in front of movie we are watching. The picture is METAR in the movie meteoblue. It will never match if they are not exactly the same as the frame that is right now on the movie. If they need to be the same why add a picture in the movie on top of it? They need to add low visibility properly from the predictions of meteoblue. Not add METAR that injects them on top of the prediction. If meteoblue not have that predicted it does not help adding them with METAR.

If we want to improve the movie quality we can’t add static pictures to it and then call it an improvement. It will always be worse with a static picture in it. We need to choose to work with a movie or a picture. Can’t have them at the same time to make it better. Maybe more accurate if we put a picture from real life into an animated movie but not better than trying to remake the animated movie to look more realistic. If we can’t make it more realistic with the current tools we wait until we have the tools for it.