Weird VR bugs, is it just me? Trivial, but maddening!

Unsure about #2 but #1 has been happening since SU5, it never happened before that

Thanks, glad to know its not just me! Do you know what the bug is called so I can add my vote to the bug log if there is one? I searched for horizon border, horizon jumping etc but couldn’t find anything.

I’m not sure it’s been logged anywhere, it’s the kinda thing that the Devs should notice and add to their internal tracker.

There’s a lot of bug the devs ‘should’ notice. I definitely wouldn’s assume they have

to 2. - There are other inconsistencies between the right and left eye. Shadows and reflections are just a small selection.

I think this is the shader dir bug, but according to Asobo it is fixed.

Only the forum-thread was fixed… (closed as fixed) 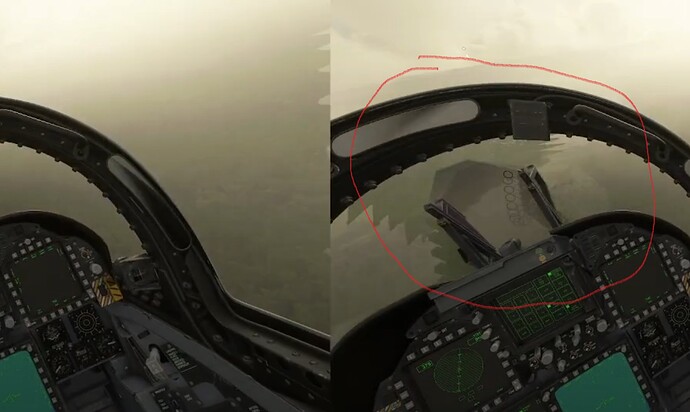 I have had number 1 since su5, I have mentioned it a few times but nobody else mentioned it so assumed it was a bug on my setup only! Can be really bad in certain cloud conditions.

Yes, I get annoyed about it every day and it massively breaks the immersion for me.

Indeed, it’s my biggest annoyance with the sim. It makes everything look a little pixelated, like I need more resolution, but when I close one eye it completely goes away and the sim looks super pretty.

You can see it clearly when you fly lowish over some trees where the shadows are being cast at an angle. One eye gives a light shadow, the other a dark. It’s basically exactly what Captain Lucky describes but Asobo announced it was fixed in SU6 or SU7 I believe, so I figured I might be the only one with the issue.

I’m surprised it doesn’t get talked about more often as it really drags down the image quality in VR.

I wonder if some people don’t notice it because their resolution settings are lower so it doesn’t show, or they have less shadows and lower contact shadows details set so it doesn’t show as much? I might try experimenting with different shadow levels…

But yes, I agree it’s a horrible bug in VR. This sim would be so much prettier without it.

I’ve been saying it for months, but I’m not being taken seriously. For people who are new to VR it’s not a problem, but after almost 6 years in dayly VR I see something like this.

But don’t worry, I’ll keep ranting every day until something happens.

Is there a bug fix request we can vote on or shall I make one? I think, from what I’m reading it’s basically the bug explained so expertly by Captain Lucky in his thread, that Asobo said was fixed, but actually isn’t?

There are similar topics in the bug lists, but I think the one with the shadow has been deleted. Don’t feel like looking.

But I think the double mouse cursor and reflections are still there. The funny thing is that these bugs and worldscale would probably all be fixed if they incorporated Wide FOV. At least that’s how it was in most other applications.

It’s possible that it’s a bit more difficult in openXR.
Funny questions abound on the Khronos forums. But I can’t see through it anyway.

I’ve added another request for them to look at the viewdir shader bug again in the VR bug section. Hopefully if people vote they will notice it again.

where is the link?

Please tag your post with #pc and/or #xbox. Are you on Steam or Microsoft Store version? Steam version using OpenXR Are you using Developer Mode or made changes in it? No Brief description of the issue: A few months ago Asobo acknowledged a shader bug ‘viewdir’ which caused shadows to render at different brightness in each eye of VR headsets. This causes a strange stereoscopic effect when viewed close up, and looks like pixelated shimmering from a distance. It was marked as fixed in a recent…

I’m using Steam version but rather loading into OpenXR Are you using Developer Mode or made changes in it? No When I fly in VR there is an intemittent bug where the horizon kind of jumps, with a greyish wall showing whenever I move my head up and down. So if I look up this grey horizon wall appears and is very distracting. It hasn’t always been present in the sim, but has been appearing for the past few months, sometimes resolving itself, sometimes reappearing. Provide Screenshot(s)/video(s) …

I thought that was the point of the last update…to fix VR?

A look at the roadmap shows something else.

I wonder if this is the reason that I feel like I can’t get my IPD correct on 3 different headsets (Rift S and two Quest 2s).

The sim is the only thing that I use VR for and I’ve used it since the day it was released. Does an incorrect IPD cause the same type of appearance as what you’re referring to?