Well, that CRJ 550 looks nice, but sheez that price

I know this is a simulator and lots of work is done on these airplanes, however, I do not see many casual players pick up this airplane, simply because of the price.
Have airplanes always been this price point for Flight Simulators? 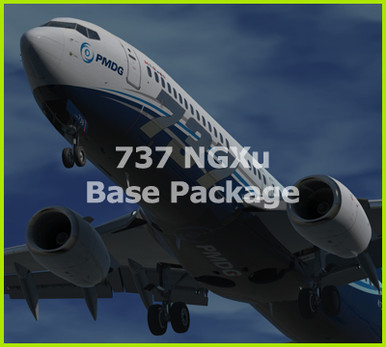 highly detailed airliner simulations for use with FSX, Prepar3D and X-Plane

But to answer your question - yes. Though having said that I think it’s very reasonable compared to previous sim add ons.

Yes, for quality and support, the good jets always cost a pretty penny. They’re usually worth it, especially if you fly them a lot. On the other hand, cheap planes tend to be awful.

MSFS has joined several different tribes of simmers, so a nice principle is to keep in mind that we are all different here and have different ideas about what to expect from MSFS.

In my particular view, that will be joined by many and argued by many others the pricing for the CRJ is on the low side. Saving failures and other minor details the aircraft is very close to study level and some of us would have probably bought it at twice the current price. In the same way others are looking for different things in the planes they fly and for those a $50 price may be crazy.

Something curious is that if you put the price of the CRJ at $20 then you will get more sales but many of those customers may complain about things like lack of tooltips or default MSFS commands not working, etc.

I’m guessing Aerosoft has strategized the price to make it very attractive to the hard-simmers but at the same time not too attractive for the xbox pilots. And I don’t say this as derogatory, there’s nothing wrong in using MSFS as world-sim / arcade where you can fly many different planes but then you probably don’t want to pay $50 to just start engines and enjoy flying around.

Totally agree. Way too expensive.
It’s almost the price of the game - which includes all the logic plus several very good planes.

Whatever the reason, they miss a big opportunity for a much broader and easy to get audience.

You can buy a Windows 10 key for 30 bucks. A student version of MS Office will run you 50.

For the many years I’ve been simming, I’ve always considered the sim as the operating system. I then add the programs (planes, scenery, weather, flight planner, economy, etc) as I see fit for my specific use. Windows comes with a number of basic items such as a paint utility. A graphic artist is going to spend much more on their software than the base operating system.

I do not see many casual players pick up this airplane, simply because of the price.

I wouldn’t recommend casual players pick it up even if it was a fraction of the price, because it is a lot more involved to get going.

The target demographic isn’t the casual person that just wants a nice easy effortless flight. And that’s all well and good! But there are people who will pay a premium for a product that has much more detail and functionality than the default aircraft that come with MSFS.

I think the pricing can be justified in some ways and in some cases but even the other plane add ons of reasonable quality that aren’t study level are above € 20,00.

I think MSFS has a big(ger) audience (and potential) than the other simulators and I think a lot more people will buy a plane if they were cheaper, just to try them. I think the 3rd party could even make more money by lowering the prices. Same for the airports

Compared to a serious driving simulator (where you get 10 times the amount of cars compared to planes in msfs), even extra car packs with like 10 extra cars aren’t that expensive.
I know that making a plane is more work…so maybe it’s comparing apples with pears

It’s a nice looking plane for sure but Jets aren’t my cup of tea. Still, I hope people who are waiting for this like it.

I have been flight simming for a long time. This thing is a pretty good deal. Period.

I have moved the topic to the Third Party Addon discussion forum.

You guys have no idea how much these add-ones cost lol.
I will leave you with this A320-X – Flight Sim Labs, Ltd.

And I find it actually pretty cheap for what I get. Bearing in mind, I am coming from P3D and XP11 where spending 80+€ on a plane is normal

Well expensive - yes indeed.
But on the other hand there is not one single game release this year except Resident Evil Village.
And we were all waiting for absolute highest quality study level airliner add-ons, so why not buy a fantastic plane this year for birthday or christmas as a gift to oneself?

Let`s see the positive side:
Some $10 low quality add-on plane only having the bare minimum of navigation systems and some light switches implemented into the cockpit, and nothing else (no interesting aircraft system and engine gauges, no interesting deeper functions no cool cockpit gadgets) would have been worthless.
I don´t have the money for this beautyful bird right now after the awesome processor upgrade (you should definately go for Ryzen 7 Zen2 Power - not one single stutter since upgrading!), but this aircraft is released today and already planned to buy some day just like the beautyful Carenado M20.

Actually, the most complex aircraft are usually even more expensive.

The term “study sim” has established itself for add-on aircraft that feature extremely detailed simulated systems and also documentation. When you buy something from Precision Manuals Development Group (PMDG), you will also receive digital versions of the FCOM (basically the user’s manual for the aircraft) for your airplane with several hundred pages worth of information.

But these cost sometimes more than 100 USD, depending for which simulator you are purchasing. Since Prepar3D (P3D) is a professional offshoot of Flight Simulator, the prices are much higher, catered at training centers or student pilots for academic purposes.

Aerosoft produces mainly casual to mid-level simulations in the 30-50 Euro range. Their top tier products like the CRJ are quite complete, in that they simulate all the functions that the pilot would use on a daily basis to a reasonable degree.

If you are new to flight simulation you have a myriad of knowledge to learn ahead of you. The high prices of add-ons stem mainly from their difficult development but also the low number of sales in comparison to normal game DLC.

Over time I guess the prices will come down a little, once MSFS has established has the dominant platform and sales as a whole go up. But that depends entirely on Asobo making the platform viable.

Look up PMDG. They are 2 to 3 times the price.
The price for CRJs is fantastic for what we get.

Mikviz is working on 310R and A2A is working on a aerostar 600. Both twins but still GA. Singles will come, the JF arrow is well done. I’m hoping also for a 172 and something else high fidelity like a Kodiak or TBM. They’ll all come with time… the CRJ is fantastic, I did saint louis to Chicago earlier and did some pattern work…Brunner yoke coming tomorrow to take it all to the next level.

Well worth the price, you get what you pay for.

Go see a movie (pre-COVID), you’re spending $30 for a 2 hour experience and popcorn. Pay $50 for a plane you’ll spend dozens or hundreds of hours on.

Yet we still have this argument all the time haha.

Different expectations, I suppose. I was pleasantly surprised at the price, and find it quite fair. Based on the complexity, I don’t think casual simmers is the target audience.

yes…agreed, and if you look at the history of the better products, they all come with a similar price tag. To me, that reflects the sheer quality of these products and justifies the price!

TBH I was pleasantly surprised by the cost, dowloaded it yesterday not flown yet…as was on night shift…here we go sleep deprivation and going to learn how to fly now