Flew the Japan tour and was absoloutly beautiful.

Jumped in the TBM and flew a short IFR flight from Porterville California to Elko Nevada. Had to deal with porpoising for the last 3000 feet of my climb on AP, and for a few minutes after leveling out. Then on approach had to deal with all cockpit buttons stopping from being clickable for about 10 minutes until it decided to work again. Landed successfully.

Then jumped in the C152 to take a quick VFR flight from Warrnambool in Australia, to go past the twelve apostles. (Large rock formations just off the coast That attract thousands of visitors).,. Boy wasn’t that a let down. They haven’t been rendered into 3D and are just flat 2D splodges in the now-lesser-quality water and waves after the update.

Another disappointing day on FS2020, one of many

Tried to fly the A32N then got a CTD a quarter way through it. Sigh. I’ll wait for next patch. This game is just becoming a massive chore.

flew under another plane on approach… sorry. ATC told me to follow a plane landing at a fraction of my assigned speed in zero visibility. Before I knew it they filled my windscreen.

can just imagine being in a light plane coming in on your final only to have a 747 scrape so close underneath I’m a pretty sure I have tread marks on top of the cabin. It was another player lol 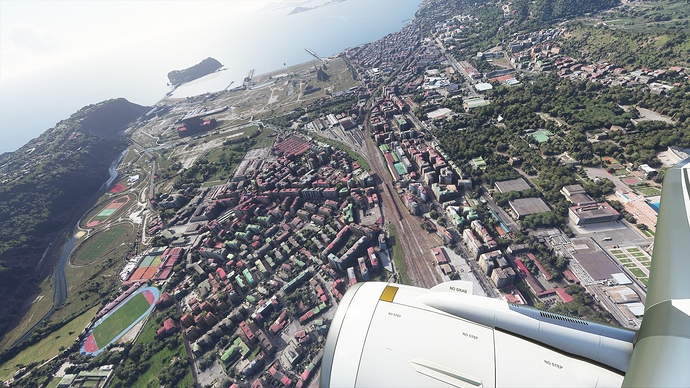 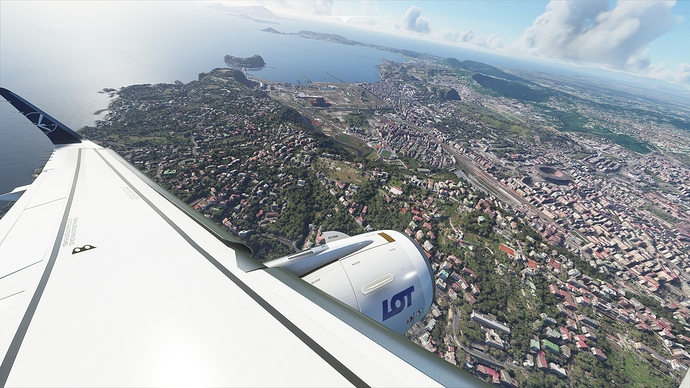 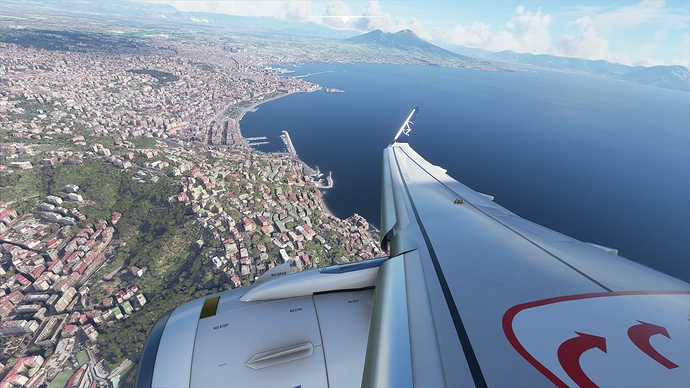 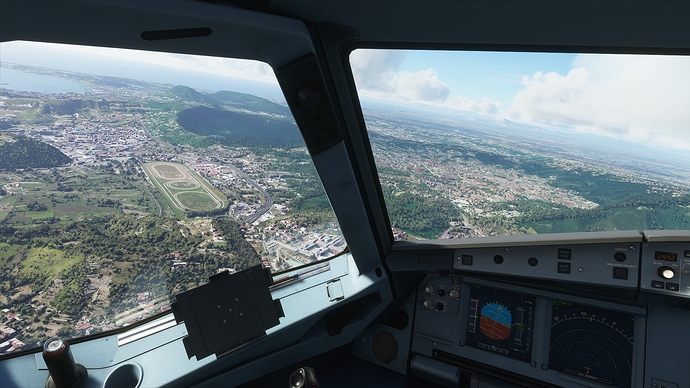 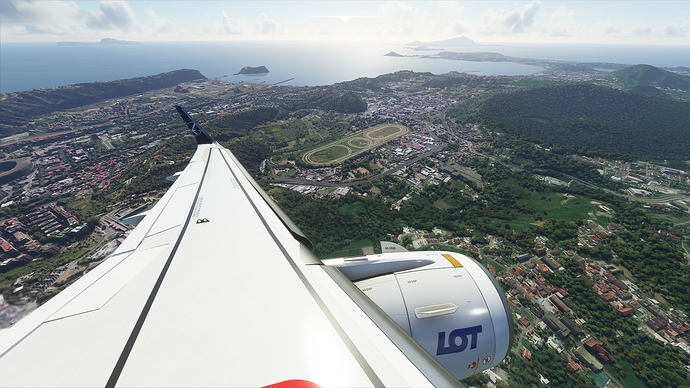 Haha, nope, never flown apart from being an airline passenger. I’m kinda obsessed with numbers. In GT Sport I calculated the fuel consumption as well for all cars, figuring out how many laps each car could make with or without fuel saving by short shifting or changing the fuel mixture.

Elite Dangerous was a good fit for me, calculating lots of random stuff, for example extrapolating the hypothetical hyperspace jump, hyper drive in Elite Dangerous: Ignoring the heat factor (and ignoring the decrease in range by the weight of the fuel) what do you hypothetically need to jump to the Large Magellenic Cloud based on the best technology we currently have.
A 136k ly jump would require 9.9 E+27 tons of fuel (1.3^31 x 40ly, 8t^31 fuel), that’s nearly 5 Solar masses!
Let’s take it beyond the extreme and jump straight to Andromeda 2.5 million light years away.
That would require about 9 E+37 tons, which is nearly 8% of the mass of the Milky way Galaxy.

Exploration: Quest for the loneliest planet

I have to say, SvennoJ, I'm really enjoying these logs. :) My expedition to the far rim has hit a problem though. My progress won't be as efficient as it has been due to fitting an entirely new flight control system in some well earned down time. ...

I’m flying around the world at an average height of 2,500 ft, discovering many new places. I’m using real time and weather and will mostly stick to day time flying which means adjusting my play times to the time zones I’m flying in. This will take well into next year to complete and I’ll update this daily if possible. I’ll attach the flight plans if anyone is interested. Simply save the .pln file in \Users<user-name>\AppData\Roaming\Microsoft Flight Simulator\ and you can load them on the world…

Took off in a 787 and fell out of the sky at 190kts right after take off due to the broken flight model. I keep trying to fly in this sim, but the devs are taking too long to fix the bug. So, I just take off and most of the planes just lose lift and crash. The elevator on my 787 is useless and does nothing at the moment. I am honestly laughing at this point. Efin joke…

Made a ~300 mile trip Carthago - Algiers on c172. That’s a part of the tour which i started from London about 2 weeks ago… went through France, Italy, Greece, Cyprus, Lebanon, Israel, Egypt… My purpose is to go around the Africa, see how long it will take to Cairo… 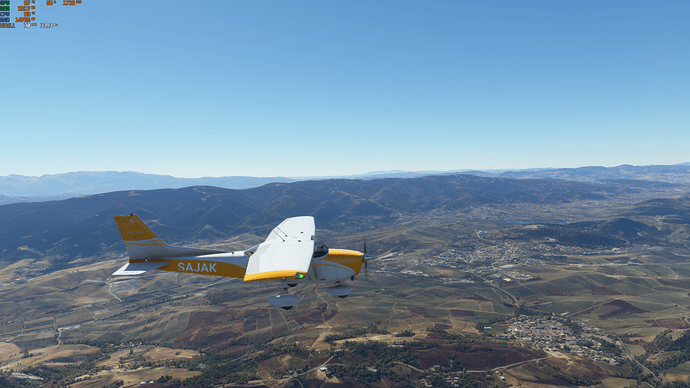 Flew from Cornwall to Bristol and made a hash of my landing. I really need a helicopter.

Today I tried the TBM again. This time, enroute at FL270 from KEKO to KASE, my AP didn’t activate the next leg on my flight plan upon crossing the waypoint on NAV mode. So I went to manually activate the next leg and sure enough, when I pressed the scroll down button, the ‘game’ (pathetic excuse for even a game, let alone a sim), froze on me.

Once again, another disappointing day of trying to stick with FS2020.

Continued on my World Tour with the A320 … 3 flights across the USA. All well apart from the last one when the AP decided to do it’s own thing… Quickly switched to manual flight and all was good. whilst it is annoying to get these bugs at times, it’s not the end of the World…

Stole my wife’s webcam and finally set up AITrack with OpenTrack and I’m not sure why I hadn’t done this earlier. It’s so much more immersive to have a smooth looking experience. I find myself more easily lining up the runway on base to final.

Before I was just using the snap turn left/right and forward and that lost so much information when it’s not one smooth continuous turn. Even using my the joystick on my throttle to look around while also trying to fly wasn’t a good experience for me.

I might try out the Oculus Rift tracking option in OpenTrack next. Anyone have experience with this? Is it any smoother/reliable then using a webcam?

OMG Oculus Rift tracking is SO much smoother! I just popped into my headset and used the virtual monitor software built into Oculus Home to view my screen and played in “psuedo-VR”. I can even pull my second screen into the virtual reality space too, pretty nice. Can’t wait for the official implementation!

then had a cockpit lockup (can’t set altitude for descent) in the DA62 (which has never had any problem for me previously) on a flight out of KABQ.

Took off from HKLY (Loiyangalani, Kenya) and tried to land at nearby HKOX (Gatab Lower) which is a short strip at about 6,500ft. 3 tries and failed every time in a Cessna 152

Oh, he’s talking about landing… I think he had one too many zeros. Landing roll is about 425 feet in a 152.

Today I learned to use the FMC on the Citation CJ4. I’d flown it when I first got the sim, but without really knowing what I was doing. Then again, that was the case with all the planes, but the Garmins are relatively straighforward to use compared the the FMCs on the CJ4 and airliners.

And to be clear, “learning” means I now have a general idea and can feel my way around setting flight plans, approaches, using radios rather than staring blankly at a panel of buttons I didn’t understand while drooling out of the corner of my mouth…

In other words, I’m slightly less confused than I was before. lol