Finally jumped into Navigraph and Simbrief, all i can say is i wish i had done so sooner.
Having actual charts and plates in my TBM with the WT-G3000 and everything being up to date PRICELESS>

After a week or so of trying to get the sim working, I did manage a flight in the CJ4 from EGKK-ESSA. My version of the FBWA320NX just will no load no matter what I do. Anyway, being my first actual flight post SU5 I was interested to see whether my experience matched those who have already posted on the forums. There is no doubting the smoothness of the flight and display delivery is superior to that prior to the update. Moreover my computer was certainly under less stress throughout the flight. There were no stutters or hesitations at any stage during the flight, even though I did use the excellent and highly detailed Gatwick scenery by MKVY. Previously this scenery would have been too much for my set-up b ut now, as Colonel Potter might say, “There are never enough Os in smooooooth”. At intermediate altitudes there is definitely a drop in scenery definition but at FL410 feet the ground textures are more than acceptable. The bulk of clouds is okay but they don’t appear as defined as they were prior to SU5 and there was some texture tearing as the edge of my monitor’s display. On this flight, my biggest gripe is with the “white out” you see in front. At altitude this is no problem but it really bleaches out the scenery as you make your approach. I couldn’t make out Runway 1L at Arlanda until about 5 miles out at around 1000 feet or so, Even so, it was so bright I felt I needed Raybans to make out the centre line and landing zone markings. One other issue I had was the camera settings I had bound to the hat switch on my Honeycomb Alpha yoke had been lost. I guess this is no hardship I can rebind them, but I would prefer updates to leave personal settings like these alone.

Flew from Acapulco to Mexico City in the DA62. Lots of fun. Weather was awful (in a good way). Thunderstorms for much of the journey. Tricky climb over the mountains.

Then a very busy approach into MMMX. Live Traffic was using both runways for approach and even so I ended up been told to go around.

Really fun flight. And all from the comfort of my couch.

I’m going to begin a flight today from Dubai to Mumbai using the EA7 Optica from Orbx. It has an 8 hour flight time but no autopilot lol.

Good luck with that, sounds exhausting!

Oh yea I’m not going to fly it non stop. I’m going to get the Landmark series Dubai and Mumbai. I will make stops to smaller airports along the way.

I flew on from Svalbard to Alert and survived the landing on moguls (damage off). The runway is very uneven, making the plane bounce a lot. Max reverse thrust to slow down and get it to settle.

The graphics are still very poor in northern Canada and Greenland. Passing the tip of Greenland 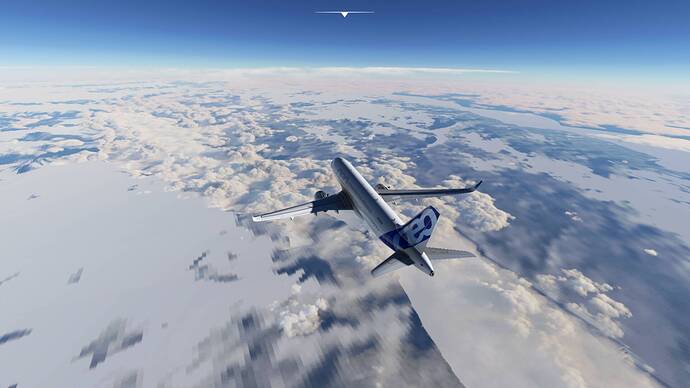 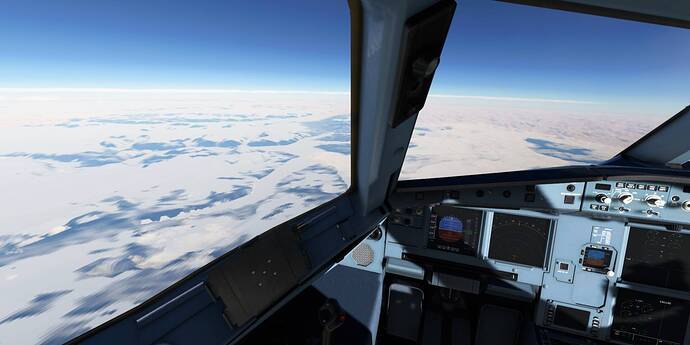 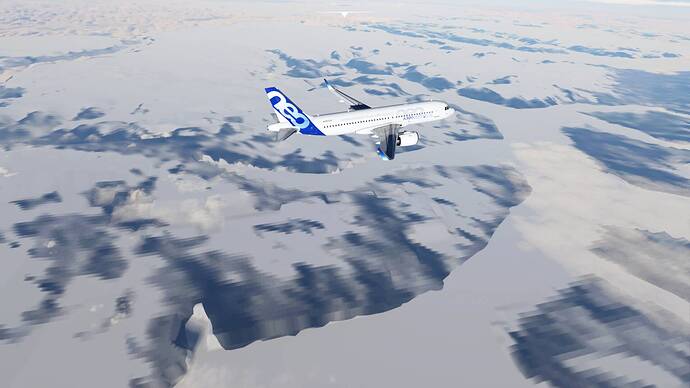 On top of the pixelated ground, different tones in clouds 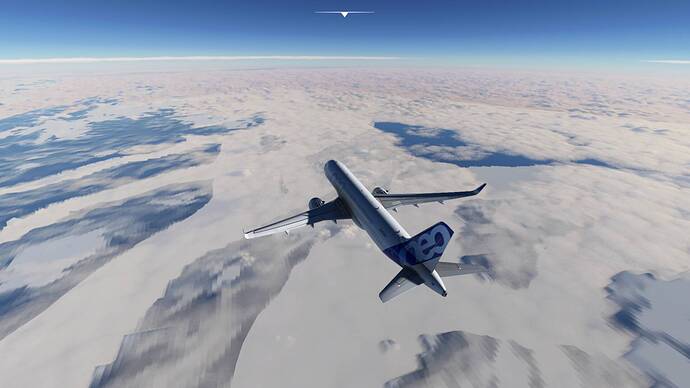 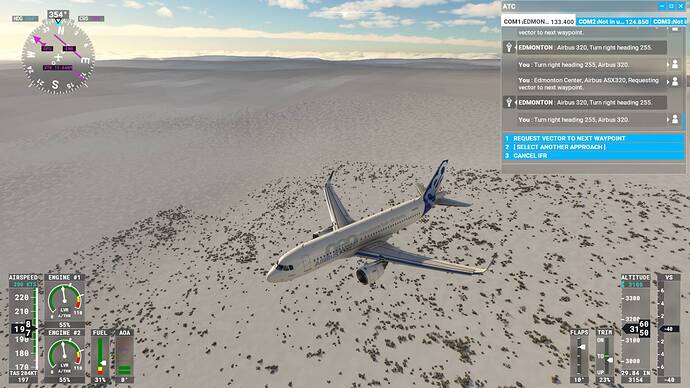 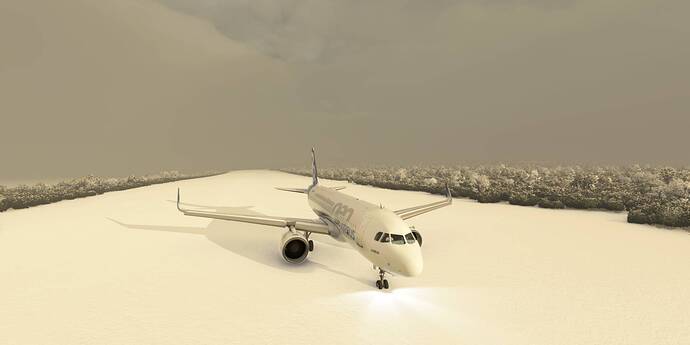 Not much to see here, no idea why fps is so bad (maybe it was time for a restart) 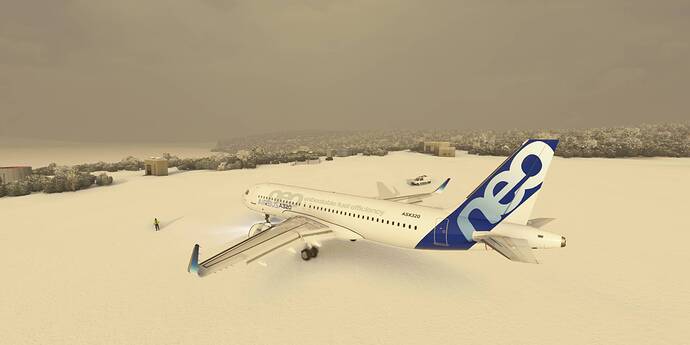 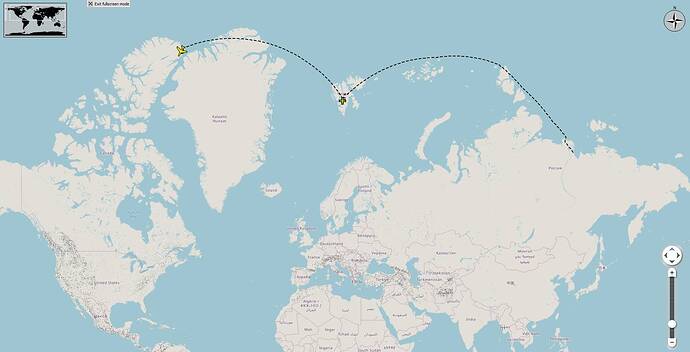 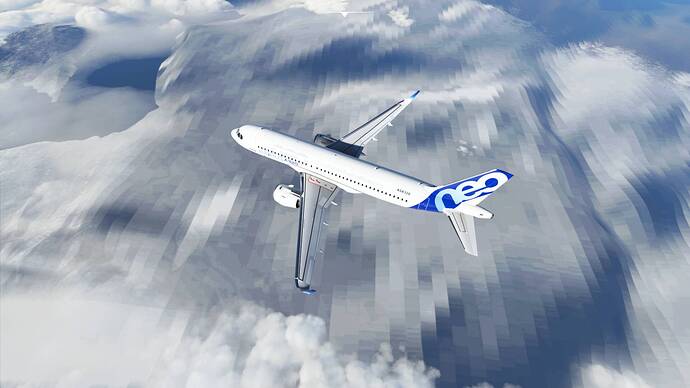 Got out of the pixel area, looking better now 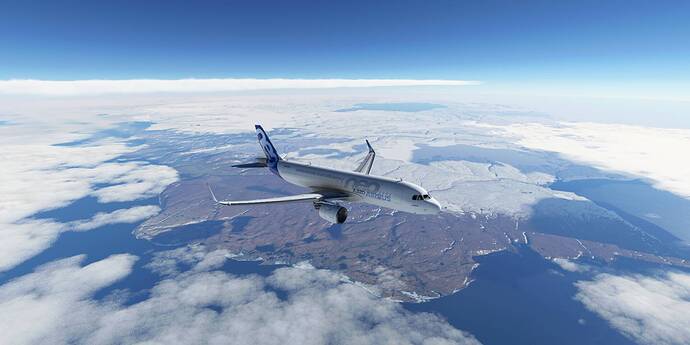 Btw, anyone know what causes this weird effect, something updating once per sec 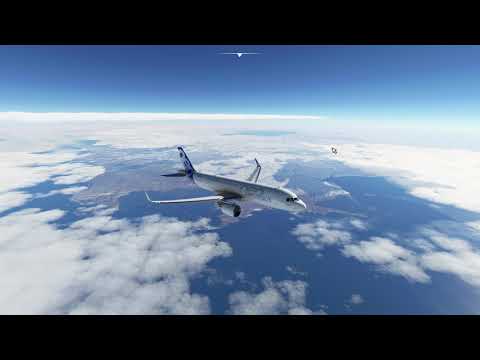 Anyway, be careful, there be dragons up here!

And how do you stop the drone from falling over all the time… Since SU5 it’s always rotating.

Arrived at Pond Inlet. I’m not sure if I’m doing something wrong or if its just bugged.

On approach to Pond Inlet (CYIO) I get RNAV 02 assigned for approach. I go to flight computer, press F-Plan, select the destination, click on arrival, then click on RNAV 02 and Insert*. This worked for Anchorage, yet the last 2 times I tried this it seems to send me back to my departure. And again this time it made the VFR map crash as well (froze, can’t operate any longer)

I entered RNav 02 approach where the plane turns back 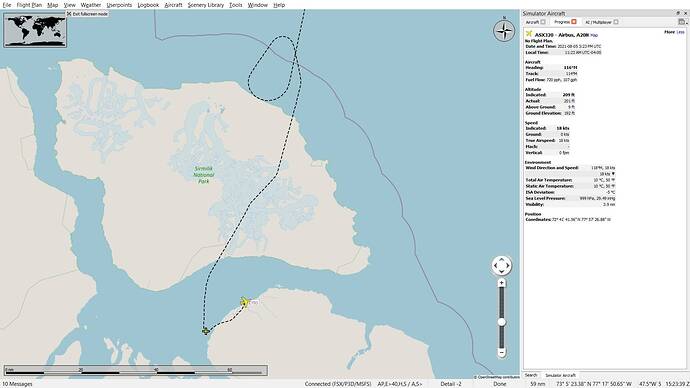 Much better runway than at Alert, still quite bumpy like at Svalbard 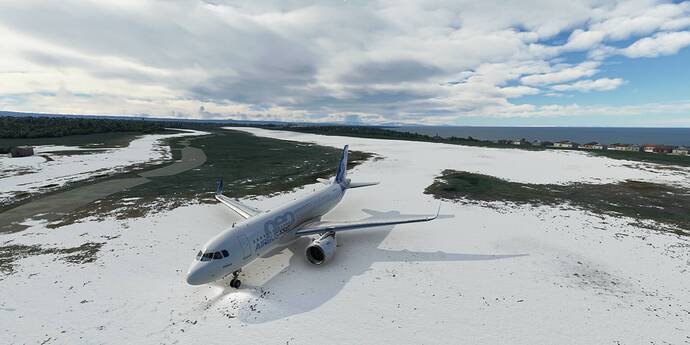 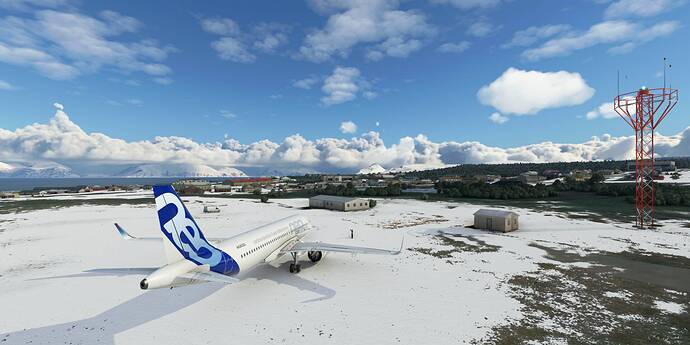 Please don’t give up yet ! Have a look at Overkill’s Vids as there just may be something that he can direct you towards as a solution for your present woes.
Good Luck & Regards from us. 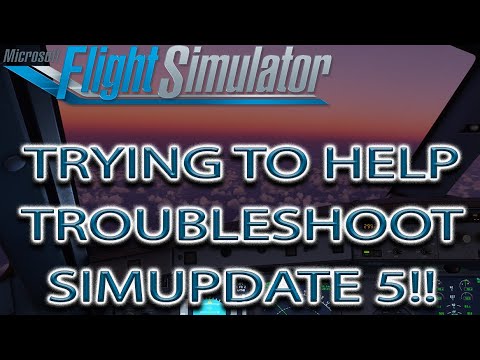 That’s incredible an rx580 can handle flight Sim. Despite all the issues, it’s quite impressive what they have managed to achieve. And that picture looks awesome by the way.

Governador Carlos Wilson Airport is located on Fernando de Noronha island, the farmost eastern airport of brazil and south america. From there I have around 1400nm to fly to africa. But this long flight I can do only on weekend (5h expected with TBM930).

So after it all of a sudden started working again I did this: 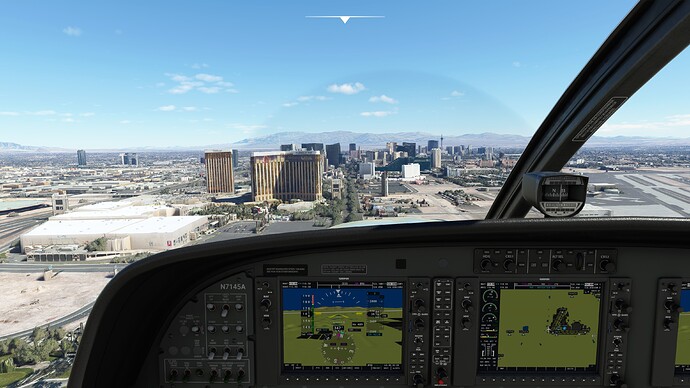 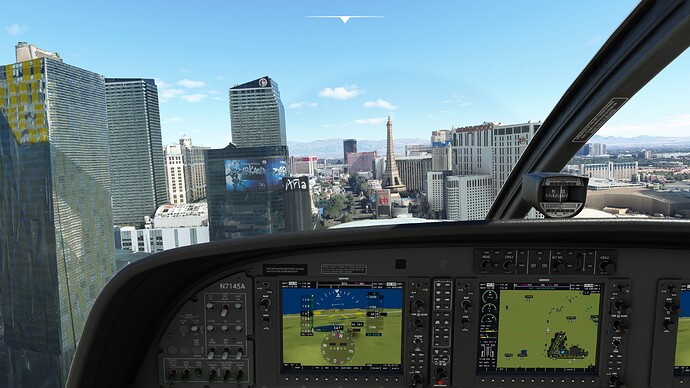 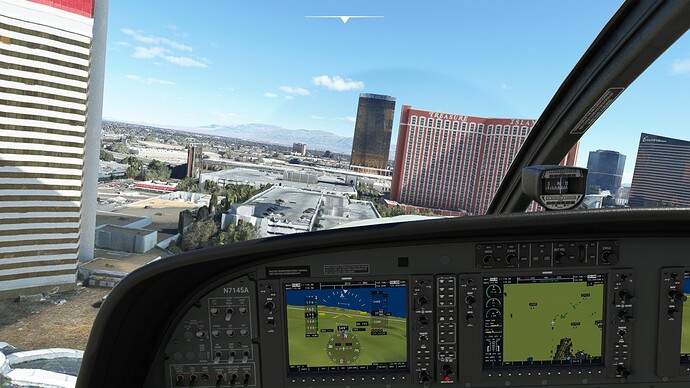 Then I took an evening cruise from KCLE to KJFK: 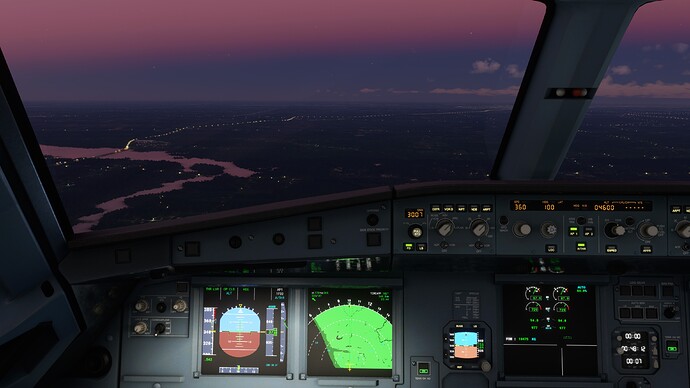 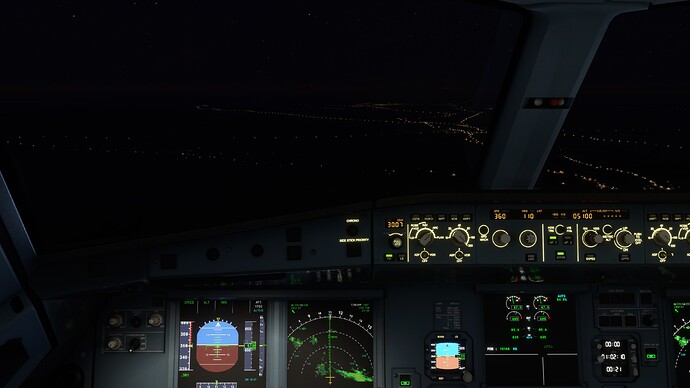 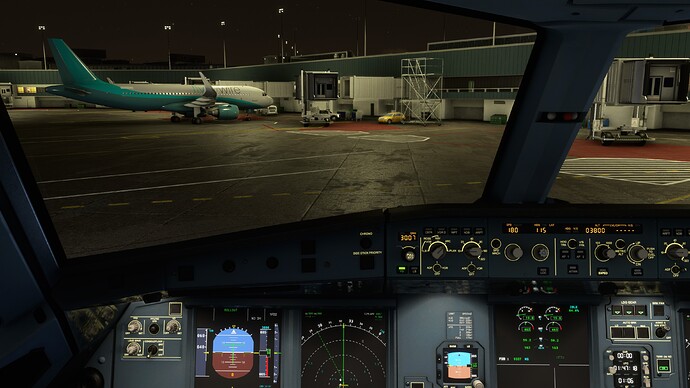 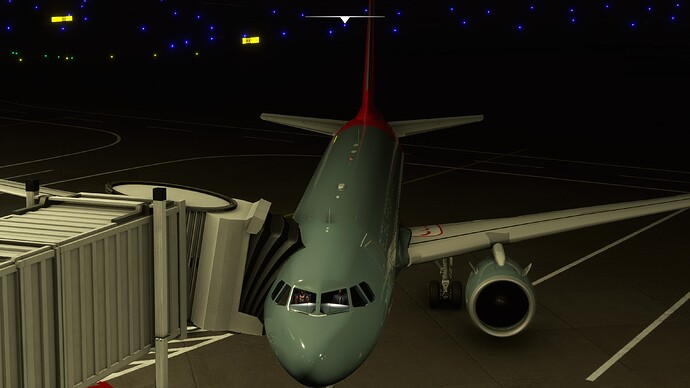 And then I went to bed!

The game loads about 20 seconds faster.

The flights load in about half the time.

Exiting the game seems much faster and much less painful. 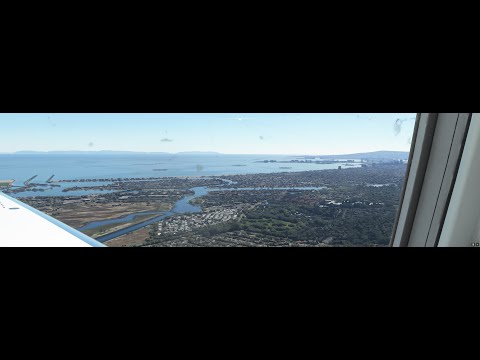 Haven’t done anything today, but thought id share something cool me and a friend have been doing.

We are currently up to flight #39 in a “around the world flight”. We started in Sydney, AU (YSSY) and will likely end in our actual home city of Newcastle, AU (YWLM), just a 2 hour drive from Sydney… - once we get back around.

Currently up to our 40th flight, we are now located in VYNT (Naypyidaw, Naypyidaw Union
Territory, Myanmar). We have an itinerary set of around 200+ flights, so a long way to go until we get back home.

Just thought id share, a really fun trip around the world we are doing. Trying to see as much as possible!

Just still get 1 or 2 CTD’s a night, but normally the first two times booting. Then 3rd time, i never get another one. Once the CTD’s fixed, itll be awesome!

Only graphical gripe i hate (and this is since day 1, not a SU5 issue) is the Glassy effect from clouds. They have a weird grainy, glassy effect… always been annoying since day one for me. Not sure if this can ever be fixed, maybe with DX12? not sure.

I flew on to Goose Bay yesterday (from Iqaluit) 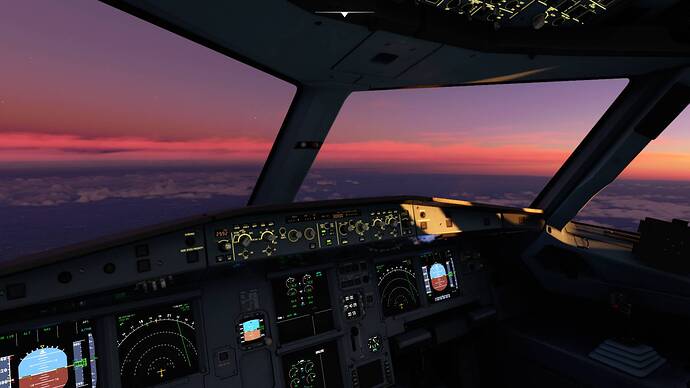 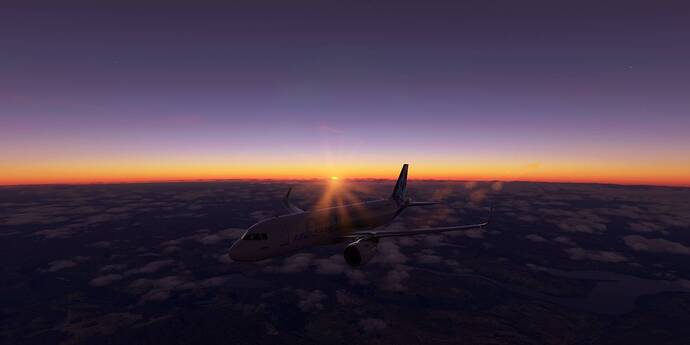 From too bright during the day, to too dark at night 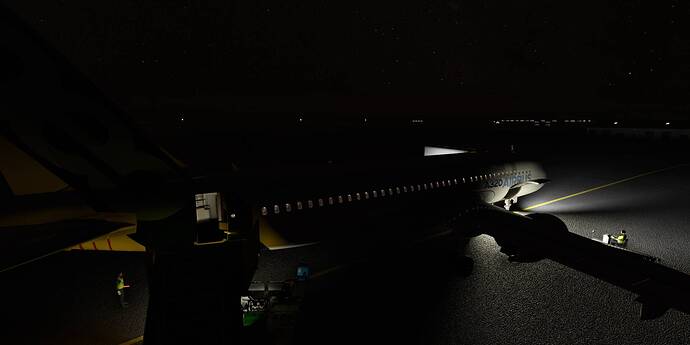 Bring back Ambient Occlusion as well 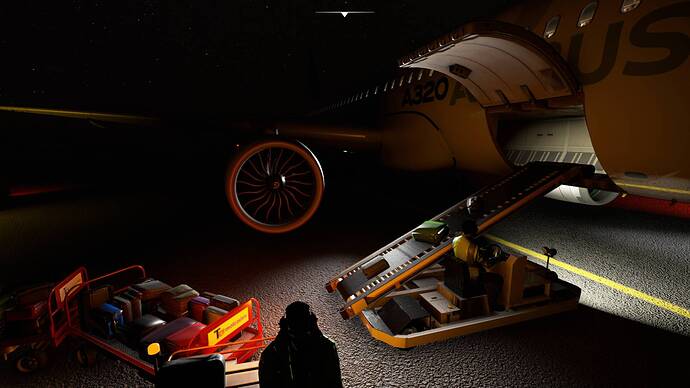 Tried to ski down Mt Hood – unfortunately while the ground texture looks like snow, it’s not snow.

Also found some sort of bug in my HDR screenshot processing tool which now I have to fix. Yay!