have the beech 18 and the c337 both are great planes
Beech 18 is pretty fun to fly with. Only thing that bothered me on the 337 is the sound that sounds the same no matter where you are outside. Cant go wrong with them if carenados are your choice

For the 310R there is this mod that might interest you. 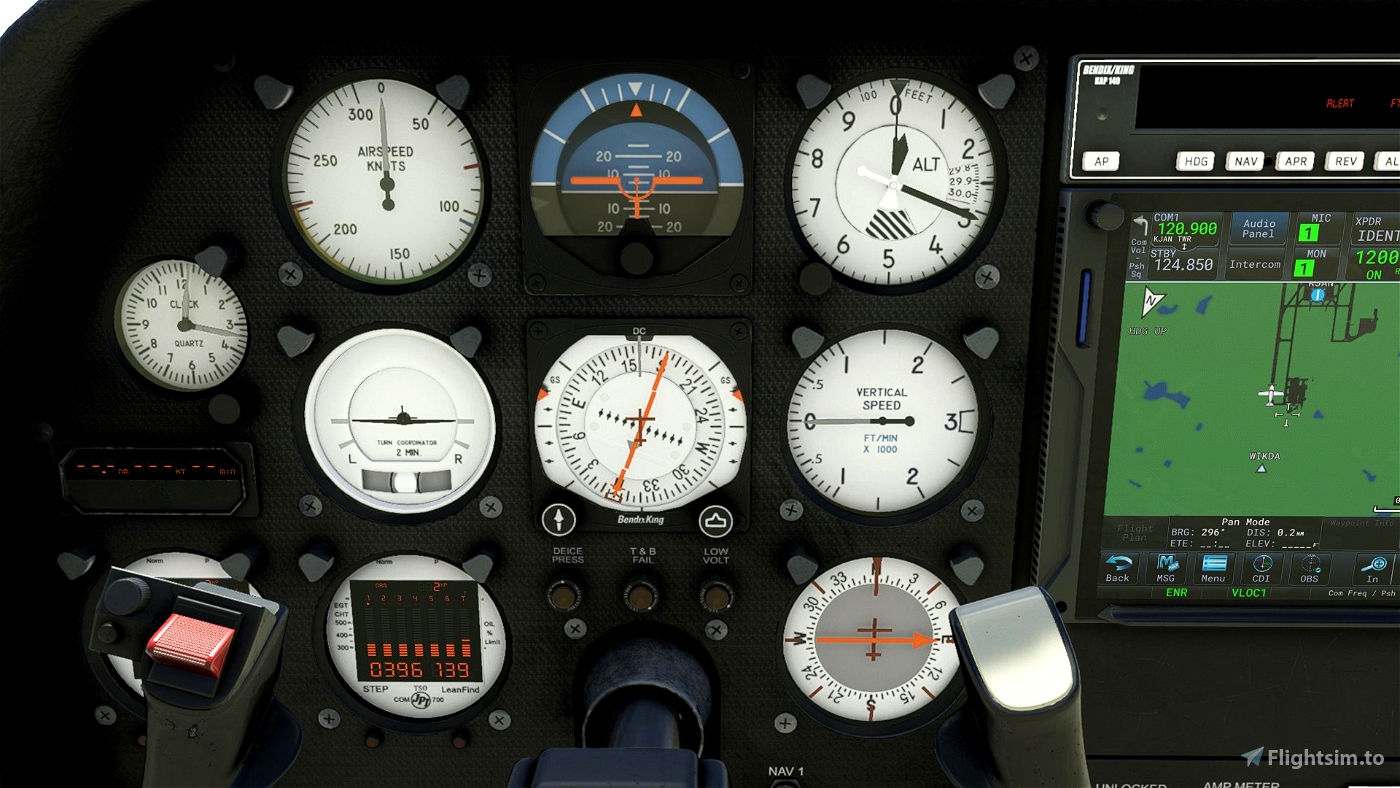 ✓ Milviz 310R Carbon Fiber Cockpit Panel and switch-plate is a Microsoft Flight Simulator 2020 mod created by DonFanucci. Download for free to enhance your experience in MSFS 2020.

sorry for the posts, some people tend to assume the OP position about money/enjoyment etc…

Oh wow and thanks for that link!
Looks like the C310 is finally getting beautyful! 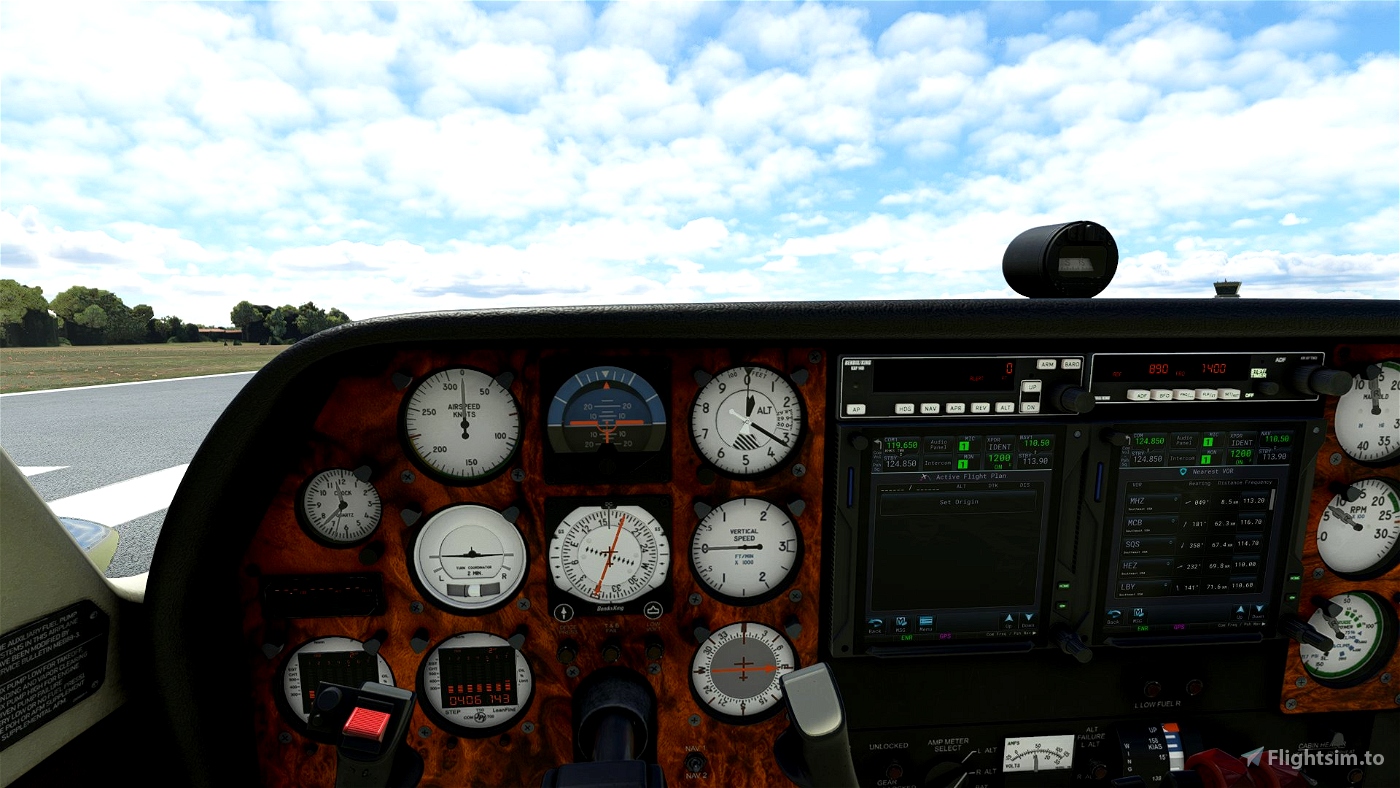 ✓ Walnut Cockpit Panel for the Milviz Cessna 310R. is a Microsoft Flight Simulator 2020 mod created by DonFanucci. Download for free to enhance your experience in MSFS 2020.

✓ Milviz 310R Carbon Fiber Cockpit Panel and switch-plate is a Microsoft Flight Simulator 2020 mod created by DonFanucci. Download for free to enhance your experience in MSFS 2020.

that walnut though… hahaha

The GeeBee Model Z and WACO YMF-5 are two of my favorite planes in the sim. Top notch all around, especially the model and sounds. Some of the very best models available. Recently I fly the Model Z as much as the FlyingIron Spitfire. The Staggerwing is awesome as well. Really you can’t go wrong with anything Carenado makes. All of them look good, sound good, and feel good in the air.

Skymaster, to pick one.

The Cessna Skymaster is very nice (especially when you love the movie Bat*21) but my favorite is the Cessna 170. Lovely little plane with an Art Deco vibe that is perfect for exploration.

The Twin Beech 18 is my favourite of the Carenado lineup with the Beech 17 Staggerwing a close second. I am heavily biased towards the older planes though!

flight model matters to you, I’d say steer clear of Carenado planes. I feel like their planes always feel arcadey

Combined with Carenado’s legendary skill of taking months to fix things if at all I’m not waiting for an update even, I

Can’t agree less.
While that was definitely true in FSX, they have improved considerably in MSFS. The flight models of the C337 and Seneca are very nicely done. Systems generally are well implemented and even the updates have been coming regularly (which they didn’t in FSX). Updates are slow but that is partly due to the Marketplace.

They are not on par with (the more expensive) SWS, Milviz or JustFlight, but still better than many similarly priced planes and also better than majority of what AH has been pumping out lately.

Also the OP was asking which Carenado plane to pick, and not why NOT to pick one. Looks to me like the OP wants to have a look for himself.

@Niffstippels I really like the Staggerwing. But on second thoughts I’m done recommending aircraft to you after the Hawk debacle

Of the aircraft currently offered, the C337 is the most “polished.” It also has the advantage of being a unicorn. It is fun to fly, lands well, and is reasonably fast. High wings mean good sightseeing for VFR flight, and no engines on the wings to obscure your vision like other light twins.

Of the Carenado aircraft I have, this is the only one I still fly. Nice retro liveries included as well.

the Twin Beech isn’t a 100% Carenado plane, so noone knows who’s calling the shots there about the updates.

I said above that Carenado are not always the fastest with updates and that it was PARTLY due to the marketplace, but at least the updates are coming nonetheless - even for their oldest aircraft.

in contrast I am still waiting on an update for the AH F3F and the promised Sound package for the Aerosoft Twin Otter and also there was that whole Electra debacle.

on the rest: well, lets agree to disagree then …

Thanks for quite the lively discussion

Thuink for now the 337 or Beech 18 are the most likely canidates. Is it so that the trim in the Beech 18 does not work at all?

Cessna 337 nice plane. does all things well. I like to keep things simple. More buttons and bells not always fun. If you need to be able to click every switch and push pull all things then learn to fly for real I say. Game will never be real sadly.

Well i do like pushy things when i am in the 146 or in my DCS collection. My GA does not need to have all circuitbreakers simulated. As long as it sounds good and flies as it should i am fine.
I fly OCD much by the book so even simulated engine wear usualy isn’t something that effects me as it will never happen unless it is randomised.

Good chance that 337 may be in my virtual hangar soon

Update, since the 337 got so much mention and i like its looks and vietnam history. I just pulled the card on her.

Looking forward to try her.

the Waco (irredeemably broken handling on the runway).

Even locked the tailwheel upon landings and takeoff’s? At low speeds once is supposed to use the brakes to keep it straight with full backpressure on the stick, until rudder authority is established… and yes, it’s still quite a hard plane to manage, but oh so rewarding when you get it right. Such a nice VFR flyer.
The Twin Beech is also a very nice airplane, both visual and simulation. Takes a while to get a bounceless landing though.

Good luck with the pickings, Niffstippels!

Ok, i am digging the 337. Thanks for all the feedback.
I know, honeymoon phase etc, but really enjoying it. Flown it some 1,5 hrs, handflying only and she flies great. The engines sound surprisingly good and the ratle on the ground is also very nice. Very happy with my purchase. 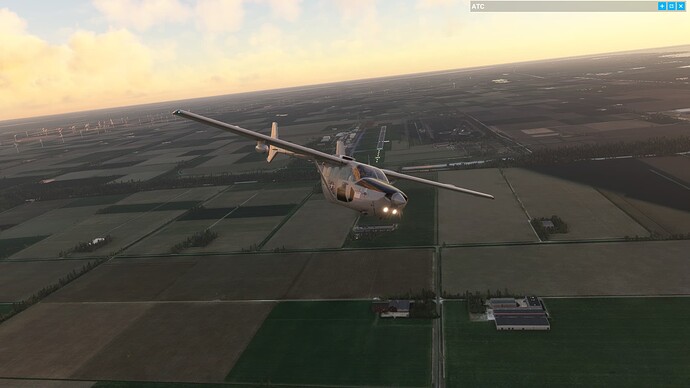 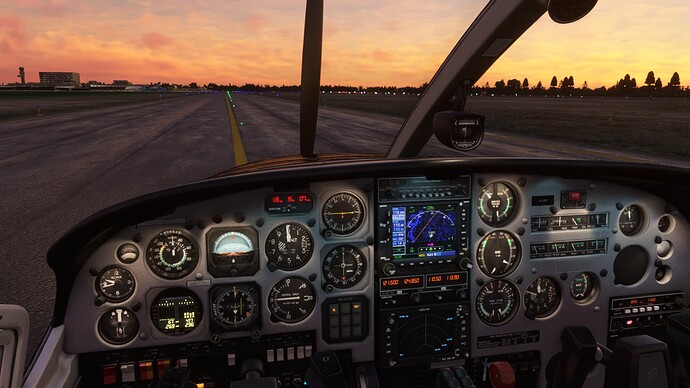 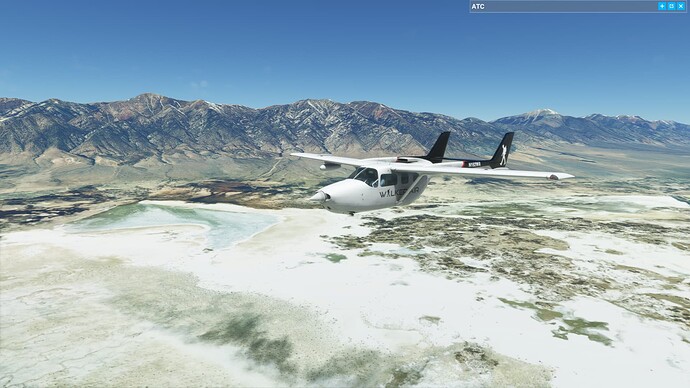 It’s a currently unique bird - FM does not seem to have any edges but it’s at least got a heavy feel & doesn’t have the completely on-rails/FBW feelnig most of the lighter aircraft ( in general ) have.

Yeah i was quite surprised by how heavy it felt. It does feel very slippery on decend compared to the Arrows, but those maybe are extremely draggy.
Was nice and alive in turbulence.
And boy the view from that thing, fits me a 100% as i love the 2000 ftt AGL cruise to see the world.