Why not the "other" business jets?

I have heard various suggestions as to why business jets from Bombardier or Gulfstream have never featured in any of the flight sims - mainly suggestions that the manufacturers don’t want them in there, for whatever reason… (copyright/trademark etc). But then how has the Canadair/Bombardier CRJ slipped in??
Maybe there is not much of a market for these aircraft and publishers haven’t bothered developing them?
I for one would love a Bombardier Global or Challenger aircraft in FS2020 or a Gulfstream 650!!
Anyone got the lowdown on why we don’t see them??

Gulstream G650 would be great. Never seen one made, I’d make sense if Gulfstream didnt want to be in a sim like this.

I think you should make a voting thread over in the wishlist section, so that 3rd party makers can see there’s demand for it.

A study level, large cabin business jet would sell like crazy. That is one big item that is missing in the market. If done right, many would be willing to pay PMDG money for something like a G500, Falcon 7X/8X, Global 7500, Challenger 350, etc.

Or if Asobo could partner with someone to make an advanced version of the Longitude, they could sell that. Already have the visual model and Textron licensing worked out. Maybe partner with Garmin for the G5000 avionics.

Never really understood what the exact manufacturer aversion is to being in the sim.

The Gulfstream aversion has been a rumor from way back. Even if they shot the idea down years ago, things change. Especially with management changes at aircraft manufacturers. Worth bugging them again. Textron has 10 aircraft, and they are proud to be part of the sim.

I agree! I’m a bit biased. I’m lucky to have flown Challengers and Globals (Both Honeywell and Collins Vision cockpit) and Gulfstream 650s IRL - my absolute first choice would be a study level Global (with Vision cockpit) in FS2020. Such an awesome flightdeck and the large scale displays would be fantastic - would love to see Enhanced Vision simulated. Would also be fun to assist a developer with the development.

Of note, the CRJ cockpit is INCREDIBLY similar to the Challenger 604 cockpit - maybe there is a reason Aerosoft hasn’t ported it into a 604 biz jet model???

I am a little surprised no one from Asobo took the train from Bordeaux up to Paris to chat with the people at Dassault. I suspect they tried.

And I agree about Aerosoft. Collins FMS and autopilot are similar, as are some of the Bombardier systems. I mentioned that over on the Aerosoft forum, but I suspect they are busy with other projects at the moment.

I thought I saw something about a Falcon 7X coming, but I cant find it now.

May be thinking of the 8X Aerobask is doing for X-Plane? Only current one I know of. Also, DDEN did a Challenger 300/350 for XP. Was good, but definitely wasn’t study level.

Oh that could be. I just skimmed it, since I don’t trust planes that don’t have nice propellers on them.

Propellers are for boats!!

Tell that to Orville and Wilbur! You can keep your oversized hair dryers!

But honestly, I’d pay for a HondaJet, and even be willing to learn how to use an FMS!

Scratch that - it has a G3000 package, so it would be simple to crosstrain into the type after becoming familiar with the TBM’s system! 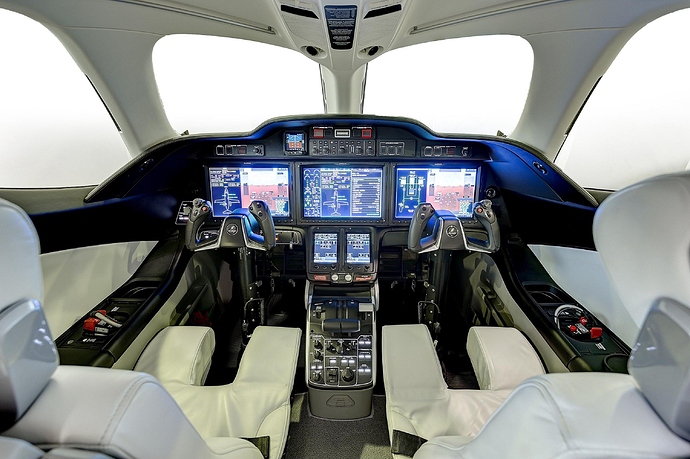 Almost as nice as this! 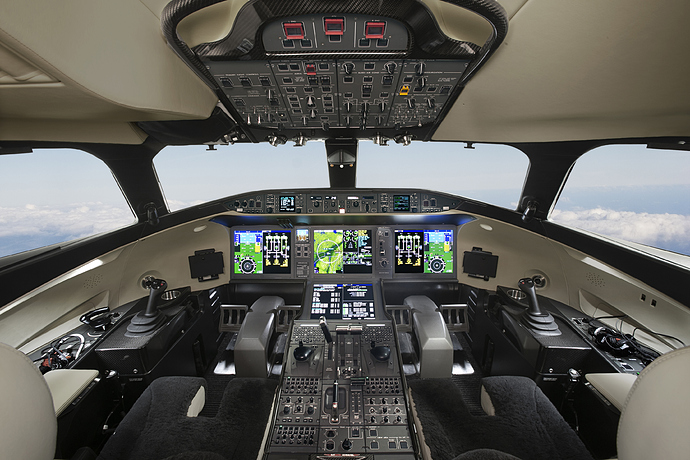 Agree with @BosBubba. The HondaJet is cool and trendy, but there aren’t that many out there. Need something with the range to go cross the Atlantic. Bigger aircraft systems that can be simulated (Autothrottle, HUD, APU, Tiller, IRS’s, Advanced RNAV capabilities, Packs, Datalink, etc). At least for a study level product.

I would absolutely throw my wallet at a good Global series, Dassault 8x, or pretty much any of the ultra long range Biz Jets out there. The Global 7500/6500 is downright gorgeous.

Need something with the range to go cross the Atlantic 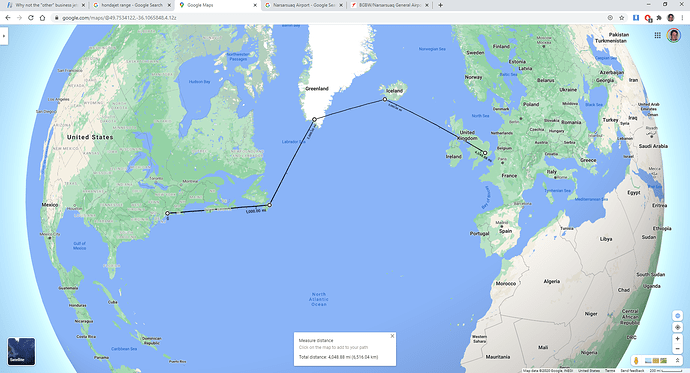 Have done that route quite a few times IRL. Greenland, especially BGBW, is an incredible place.