Will they fix snow and glass on addons?

I’m not a developer and I don’t own the game yet (because I need to buy another PC), but I saw some videos where they say that glass transparency is a problem with SDK when being indoor and that the snow is another transparency issue on some colors and marking.

Will they fix that?

How should anyone know that?

We basically all get the same info you do. It’s not in the weekly dev updates (which you could look up here) and also it’s not really been an issue that’s kicked up a lot of dust here, so … I would gravitate to a very definite … maybe.

Ok lol. I just didn’t know if Asobo knew of this bug, if it’s a bug or a problem with the graphic engine, etc.

Hi @Nic727!
There is currently a new Q&A for asking questions to the developers about the SDK. If you would like, you can post a question here. Please read the rules before posting:
https://forums.flightsimulator.com/t/sdk-q-a-guided-question/387481

Happy flying! (when you get your PC back!)

I opened a Q&A question at least for the snow aspect (before there was an announcement on the special SDK Q&A:

There are a few immersion breaking issues with snow coverage on airports, especially taxiways and runways. The current algorithm just makes everything white despite the fact that every paved operating airport will clean the snow from runways since otherwise it gets too dangerous. As of now you can’t see the runways and taxiways, it’s totally unrealistic and makes flying in snowy regions with live weather pretty much pointless and breaks immersion. Will there be changes to the algorithm coveri…

There is also a wishlist item where you can discuss the snow aspect. Maybe it’s worth adding a new thread about glass, but you need to specify what actually is required in detail.

At least the snow is not a bug but simply the way it was implemented. It does not cover darker textures, which is a pretty weird decision.

And here’s the SDK Q&A question which has already been placed but can be liked if you agree:

Will we have more opportunities to customize snow representation especially on the aprons and runways without the need to deliberately darken the surfaces?

But this Q&A is related only to xbox…isnt?

Yes, it is actually. Bad moderator for not mentioning that!

I don’t understand, both Q&A are not related to XBox.
The one is the regular Q&A and the other is a new SDK-specific Q&A.

EDIT: I think they say that the first topic will be about XBox support of addons, but I don’t read it the way that only XBox-related questions will be handled in the first session.

I’m asking for clarification on that… will post back!

The Q&A questions topic shows just how much people care about Xbox SDK questions :). One post. Clearly PC SDK deserves its own Q&A session, people know what to ask as compared to Xbox.

From Jayne, the main focus of the Q&A is on Xbox, but PC SDK can be asked. If anything it may dictate how the SDK Q&A will go if everyone asks questions NOT about Xbox.

proudly presenting, a glass cube ( or aerosol cube…) it can be done… Blender… 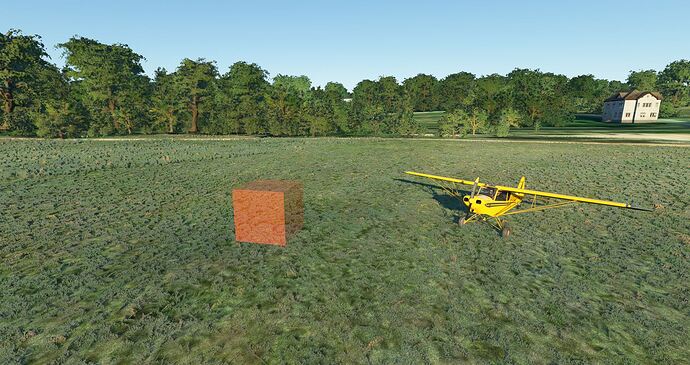 Of course I’m not the genious that invented the method, the .blend model was based on another tutorial that is this one about Blender compound shaders.

For anyone who would like to start playing with Blender, I’ve put a version of my tutorial here, it seemed to answer the question so I hope it will help others who want to start building.

I see a transparent cube but it doesn’t resemble glass to me.
Reflections are missing entirely.

Both reflection and on and refraction (through) the same surface

see a transparent cube but it doesn’t resemble glass to me.
Reflections are missing entirely.

Yes, you’re right about that. This was just my way to show you can have transparent objects and introduce them via an addon. With both reflection and transmission, you’re talking more advanced and multipass ray tracing. Blender can do it, but I don’t know if the conversion to MSFS by Blender allows that.

So… I’m not sure yet what to change to let it reflect as well. I can make it more milky though… changing the texture… like translucent… the texture may suggest glass, without reflection. I don’t pretend I can make professional scenery, I’m a Blender beginner and just like to experiment with the SDK.

If you have a proposal, I’m eager to test it.

Screen space reflections are used by the sim in the cockpits without issues. They have drawbacks but work quite well to simulate glass.

I have no proposal, seemingly the SDK doesn’t allow that for models and that’s the point of this thread.

I’ve seen the options for screen space reflections in Blender. I’ll try it. I know it works for aircraft windshields, so reflect+transmit can be rendered in MSFS, e.g. 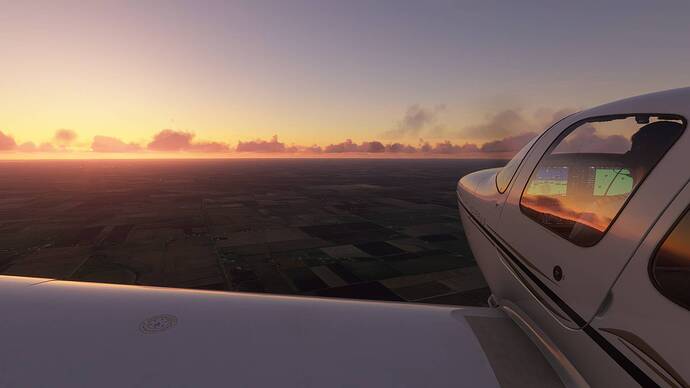 … but this is aircraft BGL… that may be another ball game, it is part of a SimObject, not a SceneryObject.