And its worth it peeps as a PC user. Fine aircraft.

Yep, agreed, my favourite GA aircraft still since it initially came out.

Highly recommended. A great aircraft to fly both with IFR and VFR. I fly it most of the time since released in December.

I have been trying for a while to get the update but seems not actually out yet but when it is, despite owning it from Orbx as knew wait was ages and was going to be worth it, I will be buying it instantly. Probably only buy the float on Marketplace though.

It actually flies beautifully with the controller too

A must have! I have it and do not fly any other GA aircraft. Can take her anywhere on almost any runway!

Where do you see the Kodiak 100 for Xbox?

its in the development update. probably be out tomorrow

I have their CH701 bush plane on xbox and it’s great fun. I must admit that I normally don’t fly G1000 planes (even with Nxi mod) as I’m not crazy about glass cockpits. I am curious, though, since there are so many G1000 standard planes in the sim what makes the Kodiak a step above the default Asobo planes. Better flight model? Sounds? Ability to click on all the switches?

I can only speak for myself but the Kodiak is a step above both in flight model and realism.

You also get nice extras like visual cargo weight, whether its passengers or packages. Its great taking a plane full of passengers for a ride, very immersive.

Its one of the better third party planes to hit the market and if its the same as PC a must buy./ Check out the kodiak reviews on youtube

Kodiak is in the Xbox market place. Look at recent dlc and scroll left or go to Aircraft.

Is there feature parody with the Xbox version vs. PC? In other words, did any of the systems get “dumbed down” for the Xbox? Or are you unable to load it to offer your thoughts

Crud, that would be so unfair if it crashes on xbox. My xbox sessions have been plagued by more crashes than normal after the surprise “update” but I will wait for further confirmation from other xbox users before purchasing this.

Ok, well rebooted the game and this time everything was good. Took a short flight and ran smooth. So just a small glitch on loading the first time I hope.

Uploaded a few pictures. Tried to set passengers but it did not work, but could be me.

I need to find a manual to dig in. Note for the rear door you need to unlock both locks and then click on the upper door and then the lower for them to open.

Visually the plane is fantastic as are the sounds, reverse thrust sounds incredible. Also lots of liveries available. 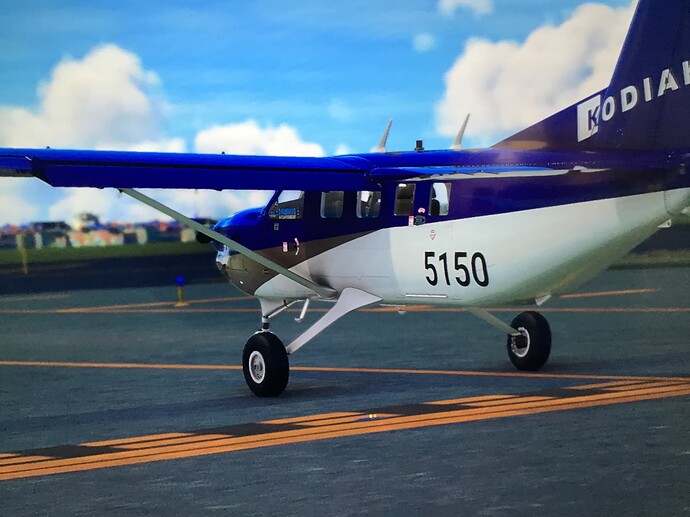 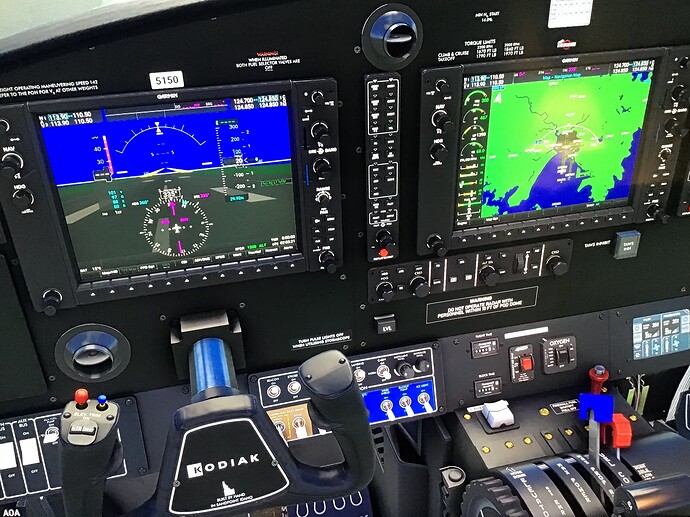 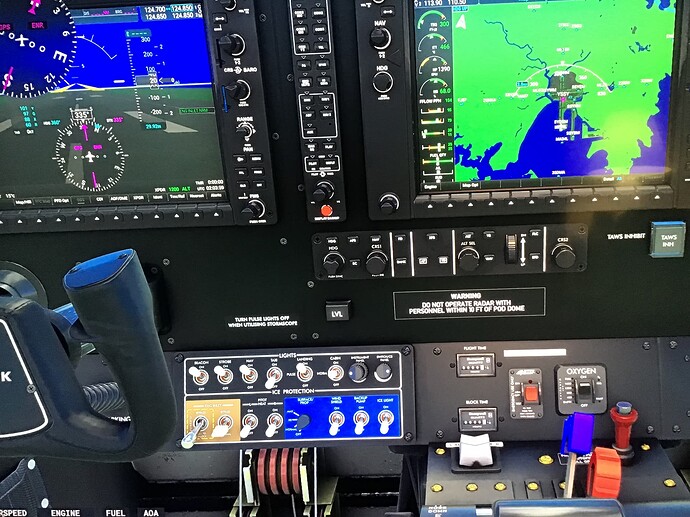 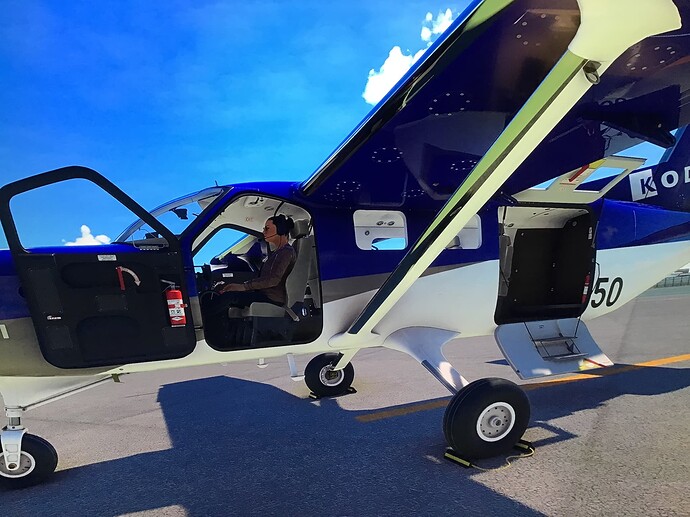 It worked after reboot, so hopefully just a one off.

Great! Thanks for the update. I will wait a day just to make sure (I’ve gotten burned before with day one xbox purchases), but this looks like a must buy for me if there are no problems.

I had the exact same happen to me! Has happened on two other loads since (I have been loading and reloading due to the first one to test) and it seems very unreliable when does or doesn’t crash. Also had a few loads where the screens just won’t work. I am worried that it’s actually due to the random, information’s update has caused unstability as only the T-45 caused me crashes like this yet it’s consistent unlike with the Kodiak where it’s a bit more sporadic

I wonder if it’s the plane or the recent update or server issues. I’ve experienced a lot more random crashes in the last day or two than “normal”. Especially with 3rd party airports or areas with dense scenery.

I have had very mixed results. Some heavy Airports loads no problem while other remote airports in the middle of no where it crashes. Then vise versa. I personally lean towards it’s a sim issue NOT with the Kodiak as I use it on PC via Orbx and it works great. I also know SWS are very competent developers and given the silence despite over 250 posts on the thread asking about the update.

I’d be very much tempted to jump to that conclusion as I couldn’t find any patterns and did about 20 loads with a mix of live weather, day/night and airports!
It’s also the fact sometimes it hard crashed and others just gave me the screens (though oddly not the Standby Indicator) as broken that really makes me believe its the simulator that I think gives it some credit but this is all being done at 2am with insomnia so mileage may vary

Hi there,
I have moved this to Third Party Addon Discussion. The Marketplace category is for discussing the Marketplace, itself, but not the third-party content in it.