The Kodiak we have in the same is not approved for flying into icing conditions no? Compared to the Otter that is.

Without proper wheels it’s not landing or taking off from 1500 ft grass strips on mountainsides - that’s 90% of how I use the plane.

If you look at the Kodiak as multiple variants, it does water, tundra, and regular operations. Good for lakes, land, and Lukla.

I would get the float variant if I could only choose one, but I have all variants and can fly pretty much anywhere in the world between them all. The Twotter with its ski variant is still better for Everest and Antarctica. But the Kodiak/Floatiak is by every other metric a better, more study level addon.

The Kodiak we have in the same is not approved for flying into icing conditions no? Compared to the Otter that is.

It doesn’t yet have a ski variant, but it is good for IFR, high altitude, turboprop operations. It has all the FAA certified de-icing options I ever need. And it has its own supply of OXYGEN. It is made for flying where the ice forms. Ice won’t form unless you let it.

It has a tundra variant. Tundra by definition is permafrost.

Also, it is called the, “Kodiak” not the, “Waikiki.” Rugged cold is right there in the name.

What about RL Kodiaks? Do they fly in any “cold” areas?

A generic Kodiak is not FIKI so cannot fly into known icing.

There is an optional TKS upgrade that uses anti ice fuid on leading edges and prop that as part of a more extensive anti icing package will allow flight into known icing conditions.

What about RL Kodiaks? Do they fly in any “cold” areas?

Yes. Kodiak island is cold more often than not. Tundra is ice. Its service ceiling is well below zero on a warm day.

There is an optional TKS upgrade that uses anti ice fuid on leading edges and prop that as part of a more extensive anti icing package will allow flight into known icing conditions.

Anyone know if this is or isn’t the TKS upgrade?

It is what we have in sim for icing.

Edit: Yes, that appears to be the OEM TKS anti-icing package so the SWS Kodiak would be certified to fly into known icing conditions if it were the real life version of the plane. 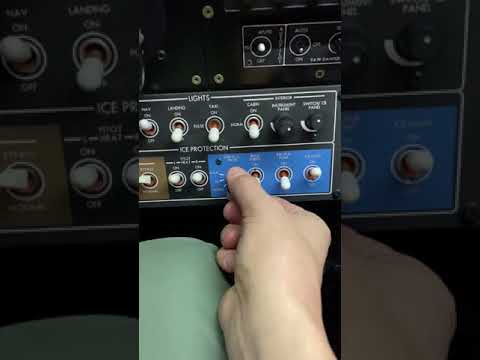 OK so the Kodiak we have in game is FIKI approved for known icing conditions. Good to know.

honorable mention to the pilatus pc6 by milviz which may be in the list depending on how i feel, same for the beaver

Hi there! Thanks for your tiny list lol.
Unfortunately I will need 5 for inclusion here. If you don’t have another 3, please feel free to come back in January when I will be changing the “rules” a bit and we can take from 1 to 10 in a list. Thanks for that

A lot has changed for me since August, specifically the release of the Analog King Air which became an instant N’1 favorite for a good month. And then came the 40th anniversary, so…the current list is:

I just ran the Hobbs Hours app as I thought I’d spent a fair bit of time in the Cabri. It’s jumped into my top 10 used aircraft already lol

#3 - Diamond DA40 NG - This one surprises even me because I am a bit of a Cessna guy. But it took the place of my beloved C172 because of the visibility it affords with those big windows during sightseeing flights. I still like the maneuverability of the C172 but this one takes the third spot.

#4 - Bonanza G36 (improvement mod) - This plane is awesome. I did a North and South America coastal tour in it when MSFS2020 came out. I love it’s performance. Always a challenge trying to hit a low fpm in it.

#5 - JMB Aircraft VL3 - Just because it zips, great visibility out the window. Great for VFR flying.

Yea true! Except the Glider

I do fly some other stuff too (honest) but guess you can see where my heart is! I normally do some fast jet stuff for a bit to change things up (recently more the fast PC-21) but not doing longer A to B routes in them. 30 mins here and there for some low level fun.

The 414 was on autopilot for probably half that time (which I normally never use but I’m doing a marathon continent crossing in that, so just long boring straight lines) so just read stuff on my phone and glance up once in a while to check things and look at the scenery.

Probably what Airbus pilots do locked in their cockpit

They are all probably experts at Candy Crush.

The Bulldog is a great little plane to fly.
Not so twitchy as most other GA aircraft. 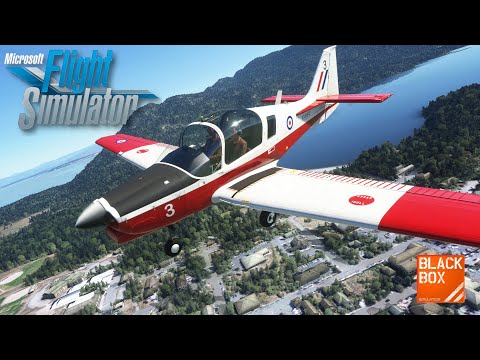