Still, I have no displays in the A310. Many buttons don’t work. The indicators on the switches do not work. Throttle cannot be calibrated. Aircraft is not airworthy. 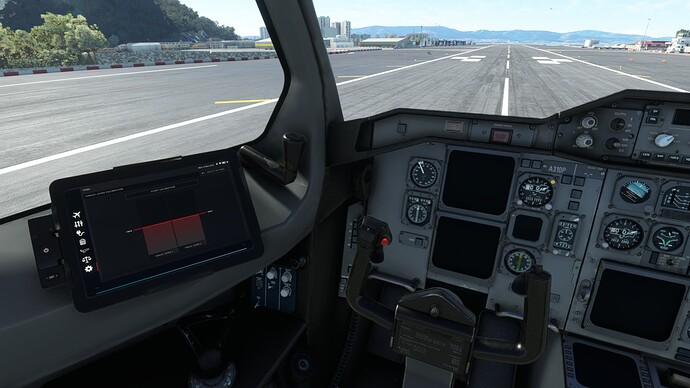 I don’t know how to reproduce/eliminate the problem encountered as I don’t have any problems with any other aircraft.

I solved it by reinstalling Windows. Apparently the problem was that my computer name contained the letter ‘ä’.

It’s horrendously broken on series X too folks nothing really able to operate , just flew from Edinburgh to Glasgow and it was one flight the virtual passengers won’t forget .

Fly on Xbox one s (streaming) using a gamepad. Throttle quadrant won’t work at all. The a and b buttons do nothing. When you push the throttle forward manually it instantly just snaps back to idle. Such a shame as it’s a great aircraft

For me, the A310’s throttles keep locking after take-off.
Ps. I don’t have any special characters in my PC name – so that can’t be the cause contrary to what @CptNuss7309 suggests above.

Hi, could you describe a bit more the Throttles locking after take-off? If you’re using the TOGA push button, this is expected as the A/THR will engage

Hi, I was flying manually and I didn’t push any autothrottle button.
Once they jammed, I tried also using the mouse to directly move the throttles, but that didn’t budge them either.
I will investigate further on the weekend…

Hi, could you describe a bit more the Throttles locking after take-off? If you’re using the TOGA push button, this is expected as the A/THR will engage

Ok, I solved it:
I was flying manually, deliberately on the edge of the flight envelope, and the stall warning kicks-in.
And then the autothrust light comes on on the FCU (I didn’t see that before) and engines go into TOGA, and they stay in TOGA.
Unlike the A320, I cannot disengage the TOGA by pressing the red buttons on the side of the Thrustmaster Airbus throttle levers + physically moving them to idle. Instead I have to press the lit autothrust button on the FCU – which allows me to move the on-screen throttles again.
I don’t know if this is a bug or not, but it’s very different behaviour compared with the A320 – fly-by-wire systems notwithstanding.

Ah I see, THR L triggered. It’s a low speed protection mode similar to the modern Airbus A.FLOOR. I should imagine you would be able to disable the A/THR with the red buttons as long as they’re bound to the appropriate binding in the MSFS settings. I’ll have our team look into it and double check it’s working as intended

When starting from cold & dark, the cockpit view is as per the attached screenshot. The caution lights are both lit, the landing gear lever is in the “up” position. Most buttons / switches do not work. I can’t find anyone else reporting this so have to assume that it is a problem my end. I have deleted & re-installed the aircraft, did not fix it. Any suggestions most welcome as I would like t o fly this aircraft. 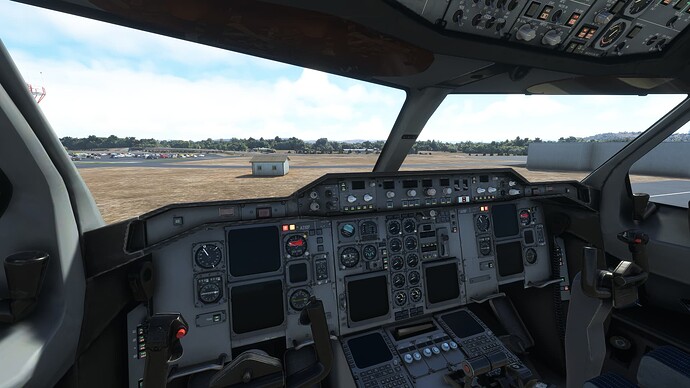 Same here in xbox series x . The throttles are completely stuck and won’t move at all with the standard controller. Have no mods installed either .