I would be surprised if it was.

Am I reading the backlog of the thread correctly? Sounds are being reworked? I know that was a major complaint most reviewers had of this add-on.

Also, this plane isn’t supported to work with in-cockpit GTN 750 mods is it?

no 750. It is also flying absolutely awful, at least on my system, with the new wind, etc. Tail moving all over the place, extreme banking on take off, etc… even with very mild winds. Sound will not be enough to make it a good plane. I also saw on the forums that it may take weeks or even months to get the sound updated, depending on when they get the files.

Shucks. I kicked myself last time it was on sale before I knew about this stuff. Guess it will stay on the wishlist for now!

Remember…that’s just one man’s opinion. I for one do not agree.

Fair enough. A lot of people seem to be enjoying and having fun with it. I would say… wait for the next update and then make a decision. Last major update was early in march. I believe there was another one later that didn’t do much. Sim has changed so much in the meantime and I do think they need to refine the FM to improve the experience. At this point, FM needs more urgent attention than the sound, in my opinion. 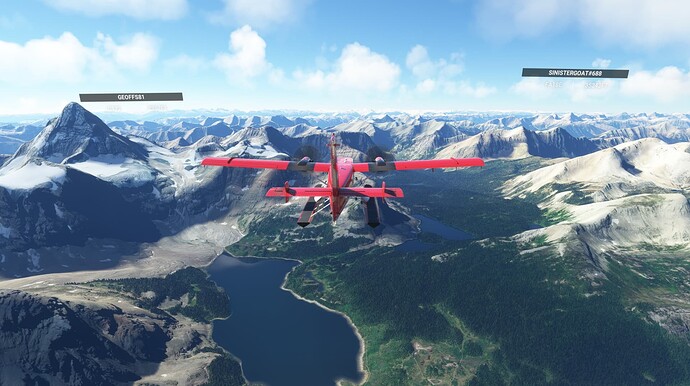 Have you ever started a Twotter with a killer surround sound system at a high volume? It is AWESOME. Then turn down sim audio. Put Led Zep on the commercial free HD Streaming service.

i was under the distinct impression that you don’t really listen to the twotter while you are flying it around. the sounds are still not good, to the point that the dev is completely re-doing them. if you’re listening to music and not the plane, i understand why you like the sounds so much.

Anyone considering the purchase of this aircraft right now, just ask yourself why a low-fidelity, $35 aircraft has a thread with over 2400 replies to it. Spend some time doing your research.

Tbh, the sounds aren’t that bad necessarily, there’s just some awkward transitions that can break immersion. It’s still a very fun aircraft to fly and have fun with.

The new Wind System with SU10 infects all light Aircraft. It’s not the Twotter alone with this behavior.

True, but newer aircraft seem to handle it really well, that is why I think the Twotter needs an urgent update. SU10 beta was around for a while, plenty of time for a big studio like Aerosoft to prepare an update, this is what is frustrating.

im actually gonna fly it again this week, give it another go

Flew around Mobile, AL area and when landing I had to give full aileron left or right depending just to keep it from tipping over plus rudder control.

Depending on the weather that really may not be unrealistic.
Flightsims are overly stable specially in the landing phases.

Watch landinggs with a bit of wind irl and large yet short aileron deflections are made quite often.
You now actually have to stay on top of the plane. Happens in not just the Twotter.
Landing in wind should be quite a bit of work.

The Twotter is a light STOL Aircraft with a big Rudder Fin, so Crosswind will hit it very nice.
Asobo has changed the Turbulence System and added Gusts. And they overshoot the Target a little bit. At higher Altitude, we had erratic changes in Wind Speed and Direction about 10 Times a Second. So every lighter Plane was wobbling around the Z-Axis. Even Asobo ones. Heavier Planes where less effected. This was very unrealistic.
It seems after the Canada World Update, this was changed. Gusts and Turbulence are still there, but at a lower Frequency.
Below 1000 feet, when Wind is effected with Buildings, Hills and Forests, the Gusts are at higher Level and it could be challenging to land a Plane at higher Crosswind Levels.
I think it’s still a little bit to rough some Times. But that’s on Asobos Side, not Aerosoft.
And watch out the max Crosswind Levels. If they are near the Maximum, it’s a Fight to land a Plane.
There are a lot Videos of Crosswind Landings for lighter Airplanes like the Dash-8 on Youtube. Not so much for the Twotter. I found this short one. Watch the Windsock at the End. High Wind and Gusts. 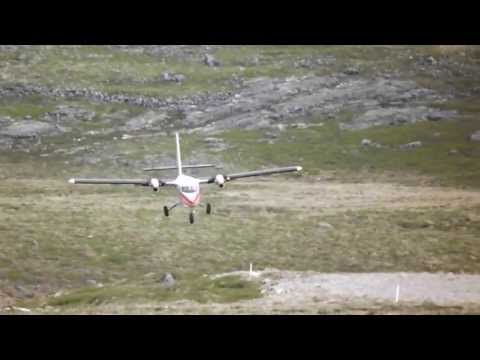 That is a nice video. That’s also why so many people love the Twotter. Such a fun and unique plane.

What I’ve noticed is that Asobo introduced a lot of new variables into the simulation with SU10 and this has caused problems to some plane’s flight models, specially aircraft released earlier. The Otter, at least on my experience, is one that suffers a lot, even a 5knot crosswind will make it unflyable sometimes. Tail is all over the place, it has this weird banking on the runaway, any crosswind will make it shake almost out of control, and I really think it needs some flight model refinements.

I have several planes and newer ones seem to work as expected. For theses planes, the new wind simulation works nice and makes sense, crosswind landings are fun… 414 flies fantastic, analog Caravan is great, even lighter planes are fine e.g. Tiger Moth.

Twotter is unflyable to me, unless you pick clear skies preset, or fly most of the time with AP on. Others have issues too, like the Arrow, with the weird jerky pitch. The Fox2 shakes too much, similar to the Otter, etc…

Last otter update was a long time ago. They have to update it urgently, in my opinion, to account for the new CFD models, new wind variables, etc. Sound could come after.

Fun plane, but unflyable in the current Sim build.

Yes, they added gusts and improved turbulence calculations in the SU10 but I pretty doubt they adjusted it with the Canada World Update as there was no update to the MSFS code. Only scenery files. Plus there was only one week between these two releases.

The Gusts and Turbulence System is not ready yet. Sometimes I have this Tail Vibes, the last two Days not. At the Moment, the way they inject the Gusts is to much. We will see the new Weather System with SU11. The Flight Model of the Twotter needs Adjustments, for sure. But some Asobo ones too.
But Asobo should finish their Work at the Weather System first before a redone of the Flight Models is useful. The Twotter is not unflyable. I fly it often. Yesterday in a heavy Wind with high Turbulence and Gusts around Tangier. It was a challenge but manageable. And I decided to Land at Tangier with a 38 knots Crosswind blowing from 10 o’ Clock. More a Helicopter Style Landing.
Lets wait for the completed Weather System and hopefully, Aeorosoft will redone the Flight Model and the Sound Setup at once.