Whooo, really bad experience this evening. VHHH to RJCK. 42 fps to start, 3 fps when I killed it.

You can tell from the LittleNavMap track where it went completely off the rails. The fps was so low, the auto pilot on the FBW A320 wasn’t even able to keep the plane on track. Looks like it was about 3 hours into a 6 hour flight.

I turned off every online option (traffic, weather, graphics), tried windowed mode, dropped resolution… Nothing helped. I had to end it. 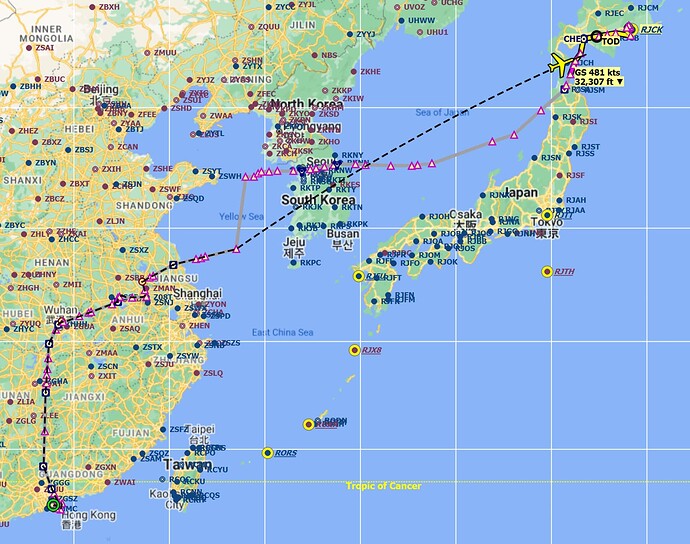 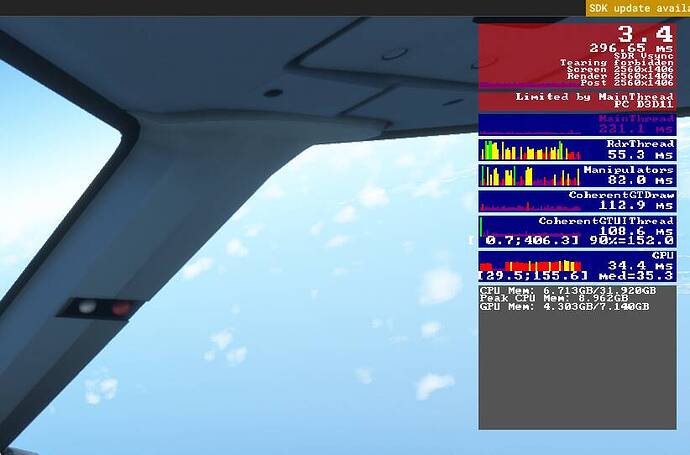 Which version of the FBW are you using? I was having quiet a few issues with dev starting roughly two weeks ago, and finally figured out that it was the issue. Changed to stable and it went completely back to how it was.

I’m running experimental. I’m a little over an hour into a current flight after rolling back my NVIDIA driver to one from December. Sitting at 45 FPS and running great. Will check in about another hour when it usually starts taking a dump

The Flybywire needs at least 17 fps to function as supposed. Is stated in their manual / discord.

I think I might be on to something here people… 3 hours into my flight and I’m still sitting at 42 FPS and running smooth. Did not change any settings from the setup I posted above except I rolled back my NVIDIA driver. going to keep flying until the gas runs out and check back.

Rolled back to what version, if I may know? 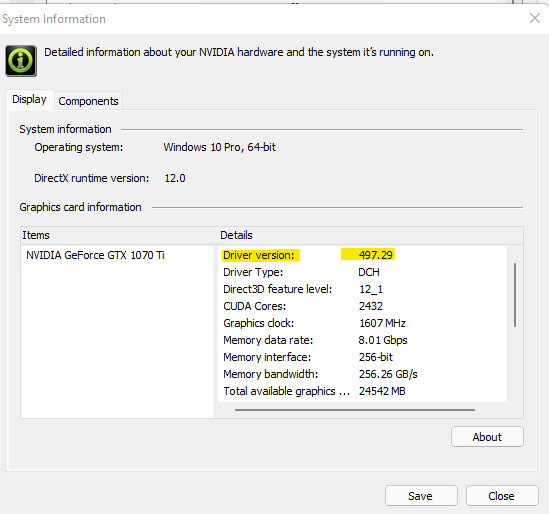 today sameflight, same everything yet we have fps drop

for the dear love of god. please someone explain why my GPU is like non existent? 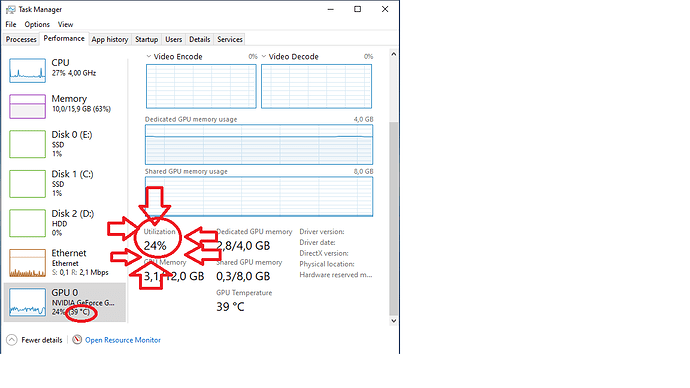 I was getting flawless flights 5 days ago. I didn’t changed anything then became impossible to do flights over 2 hours long.
Do you still have good fps after rolling back drivers? I’m thinking in just re-install the latest driver and see how it goes.

Worked fine for the last year or so, then yesterday after the last game update, I can’t fly more than 2-3 hours, and the FPS rate drops from 50-60 to 2-3 to the point where I can’t even escape to the menu and I have to crush the game in task manager. It is amazing as to how long, two years almost now and they can’t figure this out.
I have a dedicated new Dell CPU 7 and Nvidia 3060 RTX GPU with 32 GB memory so the hardware is not the issue.

I will test another flight across the US tonight… I’ll do a west coast to east coast flight but yesterday I flew for 4 hours with FPS never dropping below 40 after rolling back NVIDIA driver… for the last few weeks my FPS drops to below 10 after 2~ hours flying and then crashing by the 4 hour~ mark so staying at 40+ FPS last night at the 4 hour mark was a huge improvement for me.

Thanks for that. I will try, as I also updated my Driver recently. Actually, I wanted to get everything up to date as I upgraded for Windows 11. Seems as the driver broke it. And as the driver was already out quite some time, I didn’t think it could have been it.

I’ve been running Windows 11 for a couple months now

I made a flight KSFO-PHNL. After I landed and parked, I got around 50FPS. 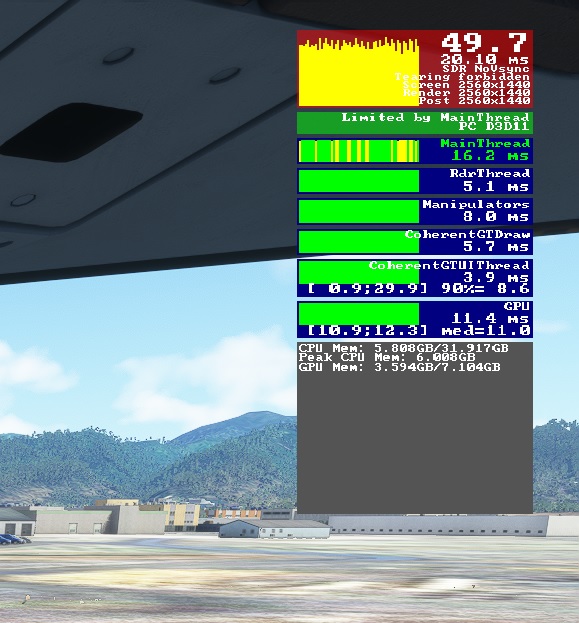 Then, I exitted and relaunched MSFS. Start a flight from the same parked spot on PHNL. I got around 70FPS. 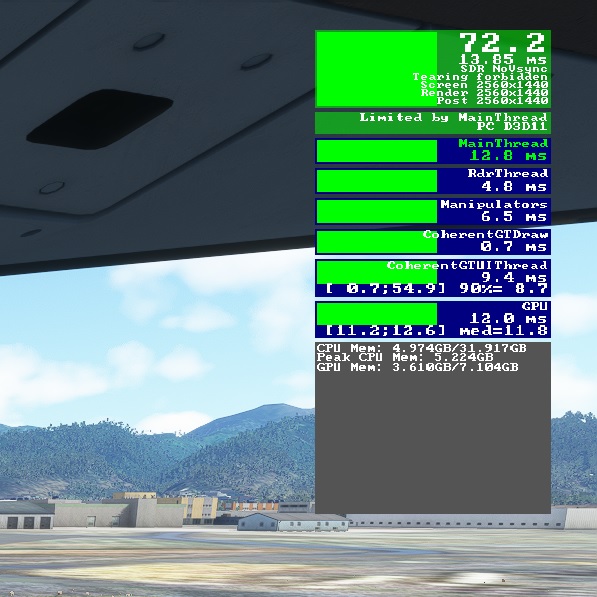 In theory, if there’s no FPS degradation, those FPS should be the same, more or less.

This is definitely an issue with the sim. I hope Asobo/MS could resolve it.

At what point did your FPS start dropping?

Just finished one flight over 2 hours long (KBOI to KDAN) after reinstalled the latest nVidia drivers and got almost no degradation, just around 2~5fps.

I spawned at KBOI with steady 30fps 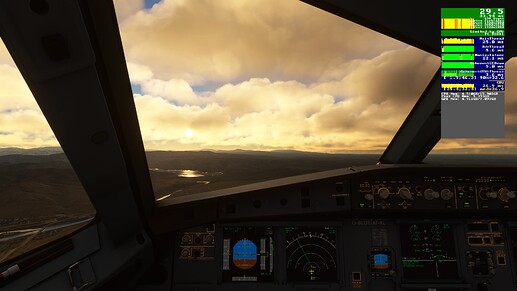 The fps was steady until descent, under FL200, getting around 27fps but still way better than before (17fps). I guess I need just to tweak around the settings. I did maxxed out gf. Will try again with less intensive graphics and see if it is fixxed.

I have an RTX 3070, an i7-11700K and 32 GB RAM. I also don’t know when it appeared for the first time, must have been mid February. Since then I tried to tweak almost every setting, in the Sim, NVIDIA Control Panel, in Windows, even the BIOS.

■■■■ sorry to hear that all. I’ll try another cross country flight tonight and see

This is gonna sound dumb but does all the stuttering have something to do with msfs now being able to played on the cloud?