I don’t understand what’s going on though fortunately i am getting no issues on recent 3 flights, first time since these 2 or 3 weeks…
Finally i am ready for PMDG

I don’t think i have changed settings…

What I noticed though was every time i was having issue was one core use of CPU is maxed out when I check task manager even in mid air, external view, where usually core usage is less than 50% in my rig&setting.

I also have this exact issue. It’s happened twice on long hauls. FPS drop to 1-5fps and completely unplayable. Most recently on a long haul from VHHH-KMEM, it was fine until I started to pass over Kansas area.

I do not understand this. Yesterday flight from LOWW to GCTS, everything was fine, no problems. Ok, sometimes during the flight a minimum of FPS loss, might be because of bad weather.

Today, testing exactly the same flight, after 3 hours, the sim is unplayable!

I seem to have mitigated the issue a little bit and improved my FPS.

I disabled all online functionality, live weather etc. Then after a short while, re-enabled it. Seems OK now, touch wood.

EDIT: Nope, problem is back

I do not understand this. Yesterday flight from LOWW to GCTS, everything was fine, no problems. Ok, sometimes during the flight a minimum of FPS loss, might be because of bad weather.

Today, testing exactly the same flight, after 3 hours, the sim is unplayable!

Well if you havent changed anything since then, you have to look to the things on the end you cant control. ie. The server your connected to, the network path to that server etc. I have the same issue sometimes I can fly for hours on end no problems and other times (last night) 20 min in and we’re running in single digits.

From Dec 26th up to about two weeks ago, I had those big fpm drops beginning after around 40 mins. (60 fpm down to around 5fpm over a period of an hour approx.

My issue disappeared without any input from me, or any hardware changes, so I have to believe this whole fps debacle is completely external from our PCs or internet connections and I’d guess we’ll have to just wait till Asobo or Microsoft figure out the cause and rectify it. It’s a real shame, seeing as the sim is otherwise so good.

Its funny because this morning I flew a 1 hour flight and everything was perfect. An hour later launced again, and my fps is up but my LOD is missing. It displays to about 20 mi out then its just flat blank nothing. Even little mountain was missing again.

watching the network both times (yuck back in debug mode) and the network performance from what I can tell using ping plotter window performance monitor etc, to be identical. So that for me at least is starting to narrow it down to server issues.

Maybe theres a cyber attack going on that no ones yakin about. I know back when this first came out I would see articles related to azure and the server farms. I know that one of the articles said that the failure rate in the farms is extremely high, so who knows maybe they just burnt up a bunch of servers again, and MSFS was on some of them.

Just counting the days till either the end of the world or that other products beta comes out! ROFL?

I suddenly had this problem today. Had done several long fliths without problemas, and… suddenly today fps drop after hours. I was flying on a mod A339…

Is just incredibile that a bug from the first month of this sim, has not been solved yet on year and a half later. This a mayor issue… i really can’t understand this microsoft guys.

Im thinking its more of a server issue. Would explain the why it does sometimes and why it doesnt other times occurrence of the problem.

Not sure what factored into it… but this 14.5 flight went as smooth as a 1 hour flight for me. I do not have Vsync enabled in NVIDIA or in MSFS.

I use google translate for my explication. My configuration: Win11 - Ryzen 9 5950X - Geforce RTX3090 - 32GB I’ve been flying FS2020 since its release. 1 year ago I bought a great PC and the sim is not fluid. At each start of the flight, the sim is fluid and beautiful. Over time, simulation performance decreases. I tried everything for almost a year and no solution! Many simmer…

Suggestions are that it works, confirmed by many different people.

This also started for me a couple of weeks ago since the Australia WU. It seems to happen more in the FBW. I’ve tried a clean install of the sim and FBW which helped a little, but I’m still getting the degradation of FPS after about 30 mins. My sim on the same settings runs no where near the usual 40-50 fps I used to get before Christmas. I’m at a loss as I’ve changed nothing my end hardware wise. My issues all started around the WU and when I had an Nvidia driver issue mid December causing CTD. other than that I’ve had a flawless sim since day one until the last few weeks.

Not sure if this is of any help to you guys, but this just solved all my issues i think. Testing as we speak. I had my monitor in 144hz and geforce settings wernt correct. Heres the link to what helpled me. Now got a solid smooth 30fps locked atm, gpu is now working as it should. Ill test and let you all know if i get any performance drop in the FBW as i normally did. Reproducing yesterdays flight where i landed with only 5fps.

Quite literally described in this post here. Do the NVCP in a new tab for FS only not global settings. reset everything first then set them as described below- [image]

After testing for an hour it seems it has degraded slightly, but not as bad as previous flights. I have noticed this though in my monitoring. My standby memory went from only 4000mb to using everything, and thats where its started to degrade. Im not 100% sure this has anything to do with it as im not a big techy, but thought id post it up in case someone who knows what it might mean, if anything at all. 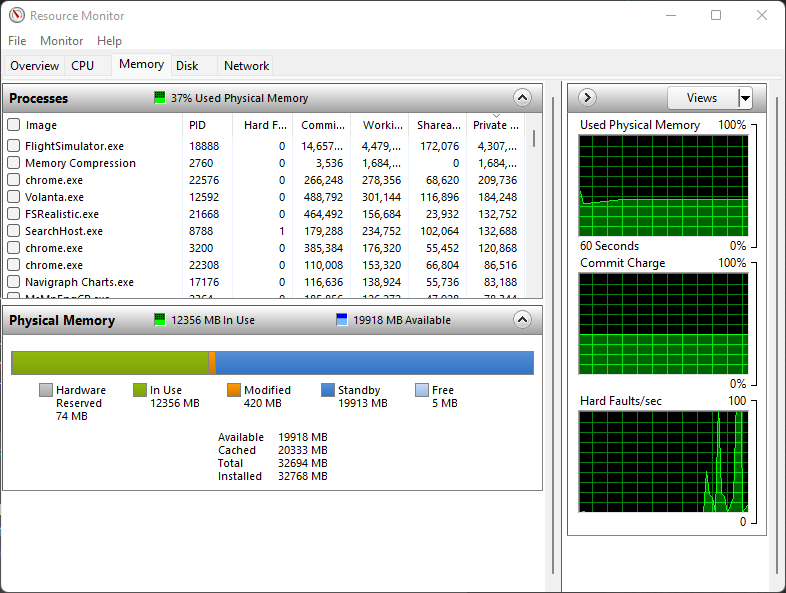 Just ran a flight 6 -720 am edt. I started getting your bandwidth is to low we will continue to reconnect you, click ok, then I reconnect. On another couple of mins and same thing, over and over again. Popped up win/perf and Im sending data but not receiving anything back from the server.

Hit reconnect, and it just sits there for 10 min, finanly telling me I dont have the bandwidth and it switched me back off line again.

Kill the sim , check the net with pp and the bb test and all is normal. So what the hell is going on now.
When I said I wanted consistency I didnt mean constantly bad. geez come on already! 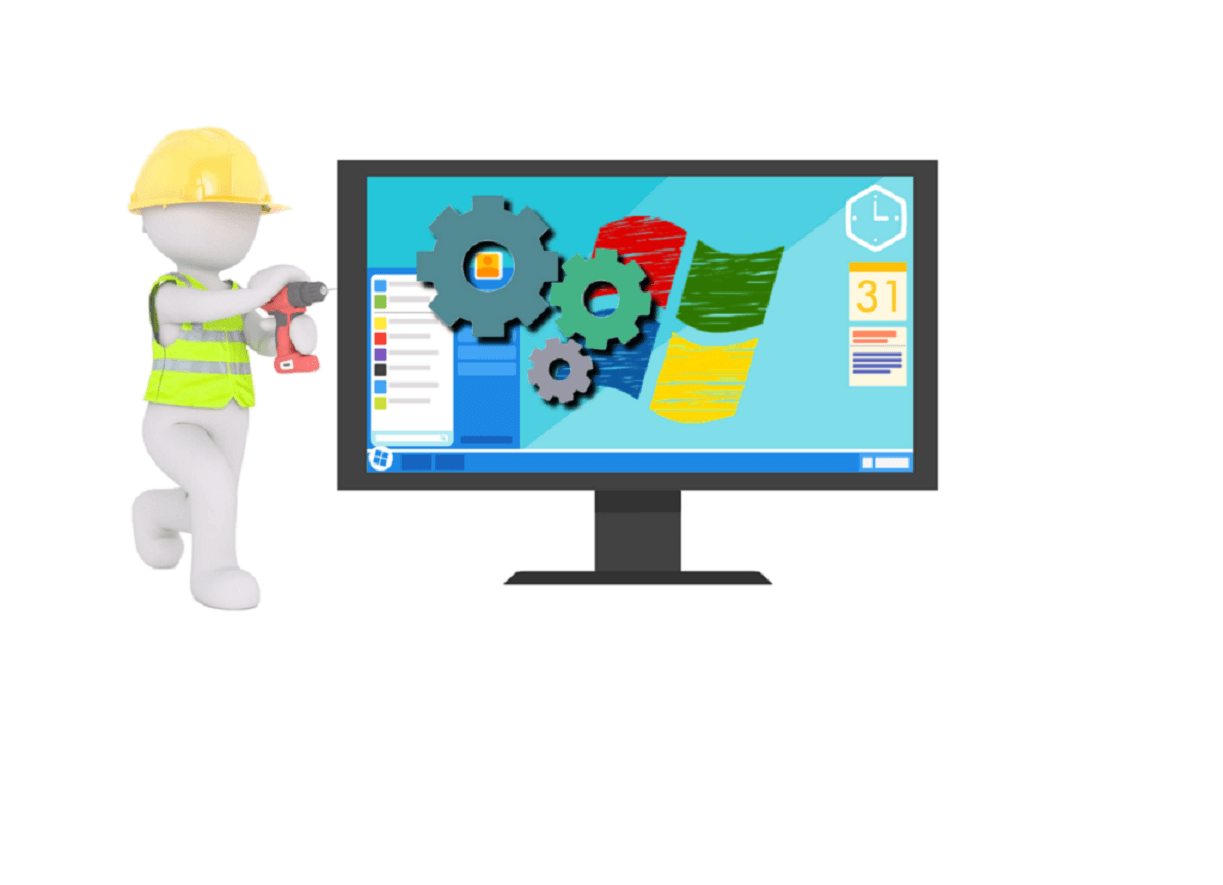 If your computer is slower than usual. one of the most common causes is related to Standby Memory problems. Here's how to fix it.

I’m trying to reproduce this issue now through pure curiosity, 2hrs 15minutes into a flight (about halfway through) and my GPU usage has just dropped from the low 90s% to mid 70s% for no apparent reason. FPS has gone from 80s to mid 70s, I have no mods installed.

I could confirm that, too.
When standby eats up everything and free gets zero, fps got worse and having stutter…
I didn’t expect 32G RAM is not enough…(?)

I have changed ndu as well, tried 3.5hrs flight and I think somehow it is way better than before, still having bit fps drop on arrival handcrafted airport (OMDB) w/ no “free space”, it was really nice experience.

I think it is getting close