I’ve been messing with Air Manager for a few months now, but mostly just adding hardware interface features. I have about 30+ encoders (some being double counted here because they are the dual-coaxial type), 25 toggle switches and a bunch of LEDs as toggle indicators. It’s set up basically as a Baron cockpit but I have a few extra toggles that can be repurposed. The graphics and instrument work you and others have done is awesome! I’m sure I could figure it out but I’m not ready to take on yet another learning curve to gain those skills. Plenty on my plate at the moment.

Speaking of lighting, yeah, I’ve had a bit of trouble with interior lighting, especially on the CJ4. My mappings don’t seem to work as they do in the Baron. I tried messing with it a bit but still haven’t come up with a good solution. My stuff is a mix of “native” LVARs, H: events and “legacy events” but some MobiFlight ones as well. I’m having trouble with the MobiFlight events. Maybe it’s something I’m not getting.
EDIT: I feel like I’m missing a required config file step or something. I’ve been looking at a Google docs spreadsheet as a reference. For some reason it says it’s private, so I’m not going to link here.
If you’ve seen it (as I imagine you have), the stuff off to the right columns suggests that there’s more to it than just adding the Mobiflight event.

De-icing and lighting are my current challenges with hardware integration. They don’t always work where they “should”. Obviously, a 152 doesn’t know about airframe de-icing, but I’m not trying to do that.

What’s interesting is that with this hardware, I’m immune to some of the issues others are having with the in-sim mouse controls. For instance, the recent bug where the COM whole number would only decrease. I don’t get that because with the hardware script, I’m writing directly to the LVAR or sending an H: event (can’t remember which it is). I was also able to work around the “heading 10 degrees bug” that popped up a few months ago. I just read the heading bug value from an LVAR and increment/decrement it by 1 and send off a new value to the LVAR using the Air Manager script. I did similar things for altitude, VS, baro, etc. It took me a while to get dialed in but now I have something that works well… until they change the SDK.

First, make sure you ahve the latest version of Mobiflight and have the WASM module installed. In the WASM folder structure somewhere (can’t remember the exact spot, but there’s not much in there), there’s a text file called events.txt. That has EVERY Mobiflight MSFS event. THat list keeps growing with every new Mobiflight release.

As for lighting, what I’m thinking of doing is creating a mask for all the bezels and instruments in my CJ4 and make them black with yellowy-white text with a “glowy” effect you’d get at night from backlighting. I want this on every AM instrument in my panel, as well as the background graphic I use. Those dark overlays will start out with 0% opacity.

Then I want to create an instrument (just a knob) that I can interact with using my Knobster that will increase that opacity to like 80% or so to simulate flying at night. That way, I won’t have bright instruments on my monitors when I’m flying at night. It will look like my virtual AM instrument panels are being seen at night.

And last night, I watched a video on implementing inter-instrument communication in AM. I know how to do it now. This is going to be interesting. A lot of work, buit interesting… 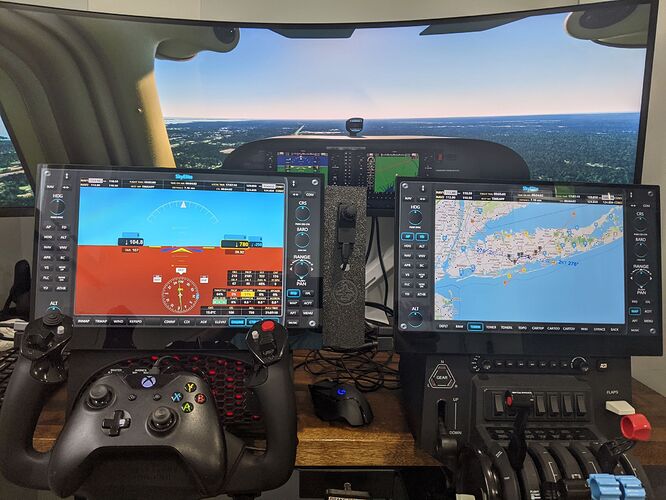 skyelite2364×1773 561 KB
as you know, I am a big fan of your setup. I have the two touch screens with the knobster mounted on alpha and bravo. have been using air manager which is really good. aiming for a g1000 setup but popping out the instruments is so taxing on frames. I bit the bullet and purchased Skyelite. I got to say, for $23 its really pretty good. supports touch screen, (no knobster). Anyway thought you might like a look…
Crunchmeister71 August 8, 2021, 11:32pm #36

Very nice. I’ve looked at that but haven’t bought it. I rather like having my synthetic vision. I would miss it terrible in this. And of course, I don’t only fly G1000 planes, so that would rule out others. But if that works for you, then all is good. Very familiar looking setup there. lol Glad I could be be of inspiration to you. Especially with the Xbox contrller attached to the yoke. THat’s SOOOO handy.

The frame rate hit is a pain for sure. I go from about 45 fps down to 30-ish when I pop out anything. Still a nice mostly smooth experience for the most part, but that 45 fps rate is so noticeably better.

I find that on my system, after popping out windows, I get worse performance if the sim window has focus. If I give focus to my browser, LNM, AM, or something else, I gain a few fps back and frame timing is a lot more consistent and smooth. You might want to give that a try.

I already have. These are the instruments that I built. I have a few more that will be coming shortly.

Sorry, @Crunchmeister71, I see your additional CJ4 instruments in your link, but above you mentioned some edits you made to @FLRob27 panels to add/fix some functionality. Are those available by chance?

Not yet. I’m still working on those instruments. I’ll be sharing them on that other thread with my other instruments when complete. Probably within the next couple of days. I was busy finishing up some TBM and Cessna l instruments tonight and didn’t have time.

This is probably a dumb question but will this work with other planes? Say the 787 or the Aerosoft CRJ mod?

The panels are specifically programmed with MOBIFLIGHT.CJ4.XXXX events. Those won’t work with other planes. The odd button here and there is a generic SimConnect command, but the vast majority of the functionality is CJ4-specific.

Sorry, @Crunchmeister71, I see your additional CJ4 instruments in your link, but above you mentioned some edits you made to @FLRob27 panels to add/fix some functionality. Are those available by chance?

If you haven’t seen, on the weekend I uploaded my other CJ4 instruments. Light, and de-icing panels, as well as fixes to Rob’s starter and autopilot panels.

I’m hoping I’ve finally fixed my CTD issue. It won’t be as annoying to keep building panels as it is when the game crashes every 10 minutes.

Just want to say thank you! This is a great piece of work!

Great, thanks a lot!
The WT CJ4 is in my opinion the best plane at MSFS so far.
One question, how did you get rid of the windows frame at the top of the popup windows PFD, ND and FMS?
Thanks and regards,
Herbert

Oh well, I had to set transparent backround.
Here´s my current setup, including my first instrument, the Climate Control Switch.

Rob and Crunchmeister gave me great advices, now I hope that I´ll soon be able to help two of my friends with multi-monitor cockpits currently using PMDG 737 and FSLabs A320 2D panels, planning to move to MSFS. 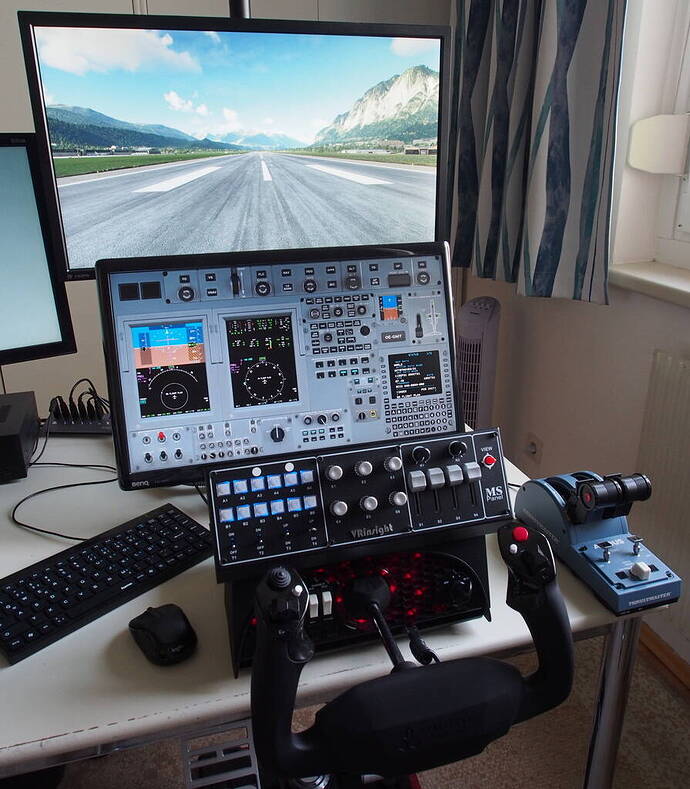 You mean similar to this? Night Lighting starts around 6:35. All my panels have night lighting implemented. It’s more work but if you do each instrument with this intention its a bit at a time. Its second nature to me now when developing new instruments. 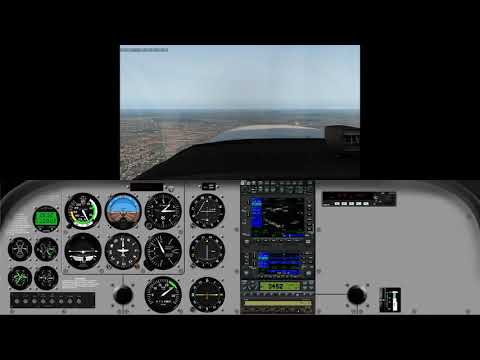 Indeed. That’s exactly what I had in mind.

If you could point me to the resources I need to learn to do this effectively, I’d much appreciate it…

Do you mean to implement night lighting?

Yes. That would be very helpful.