Again. This time 42 minutes into the flight. I was climbing at 5500 rpm. But this time I had an electrical failiure 3 minutes before engine out. Probably 3 minutes later the electrical pumps failed? Master battery and alternator have been on. I’m not sure if I had this the last time when it happened. I need to monitor the battery voltage on my next flight. Is there something I’m doing wrong? Anyway, I have recorded the flight: 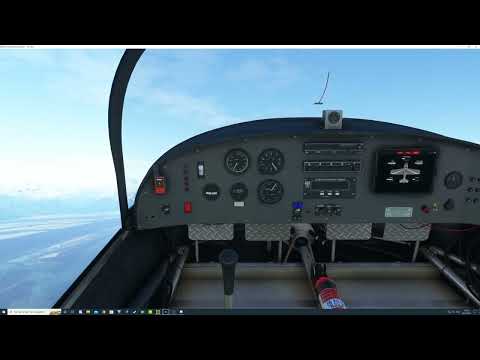 i made two 60 minutes flight today. Didnt happen to me. Cruising around 5000RPM.

At the moment this Aircraft is quite buggy so I would wait to see how it will do after a patch.
I have those failures too and they are random. Sometimes after 5 min, sometimes after 3 min.
The flaps are broken too, after a while they are flaping and they arent operable anymore. It doesnt matter if You operate them within limit or not, but shutting off the Airplane fixes it. Altimeter in EIS gives me a negative Altimeter. The hidden Autopilot didnt work for me either. A few of issues are reported to Aerosoft already. It´s a pity cause its a fun and cool looking Aircraft but atm it has too many bugs. Hope some patching will help. Meanwhile have fun with it as much as is possible in its state…

Had the same problem with the auto pilot. It just keeps turning left wenn activated.

I for now will put the Searey into my hangar being confident that we will receive a patch.

Will this fly well in VR mode?

It flies well in VR but as soon You start it in VR You are way in front of the Aircraft (after pressing space) and must adjust the position manually. But it is fun in VR and performance is good.

Sorry but that sound is terrible as it loops over and over. Put me right off buying.

That is with most aircraft in MSFS… didn’t have the same issue in DCS or Xplane.

Apparently you can change the CGF file with the default VR camera position xyz, so it seems an easy fix, besides moving yourself, centre, then moving back / forth.

This seems nice, if it works well in VR (WITH VR MOUSE ZOOM TOO!) then I will pick it up when on the MS Store.

At the moment this Aircraft is quite buggy so I would wait to see how it will do after a patch.

Trying to find something Positive to say about this aircraft, but really cannot.

Maybe it will get a much needed update soon…

Do you think you could copy the X, Y Z coordinates of where the aircraft starts in Non VR pancake mode to VR somewhere? Is so, where in the config file would you do this?

In pancake mode you start as you should in the cockpit, but in VR you are out front of the plane by 4 feet or so.

Too bad more people making these, do not use VR or have testers prior to selling it to prevent stuff like this.

Indeed I think the seating position in VR can be edited. Here is some info how to do so, quite easy:
www avsim com/forums/topic/615297-vr-default-seating-position/

But do changes at Your own risk. I will not change anything to fix something what the developer should fix cause I´ve paid for the product. I´ve bought the advanced Version and I think atm the higher price isnt worth it, so at least they should bugfix as much as possible.

. I´ve bought the advanced Version and I think atm the higher price isnt worth it, so at least they should bugfix as much as possible.

In hindsight, the price is worth it … not for the plane itself, which is amazingly bad and unfinished, (and that;s putting it nicely — did the Devs even test it ? ) but rather as a reminder NEVER to EVER purchase anything with the Aerosoft name on it ever again.

Should have learnt that months ago !!

There are many Freeware planes out there, far better implemented than this Payware one …

A a new developer (to MSFS ?) , it will be interesting to see how FSS addresses there imperfections, and support this plane going forward.

Does not help, that to date, for anyone thinking of purchasing this plane, there is no decent Youtube Reviews of this plane, that are anywhere accurate, critical & truthful

Those I have managed to find, are the typical, rushed, trivial, “suck up” type reviews, from those that got an early release version, and will say anything Positive, to get the next free early release plane to “Review”

I find it interresting that i have flown the plane for about six longer flights now and didnt have any problems that some have mentioned.

The only things i have encountered are.

I am hoping on a patch of course, but i stil like the plane.

The plane just came out 3 days ago. For the first 1.5 days, no one touched it waiting for someone else to buy it and review it. So reports of bugs only started 1.5 days ago. We haven’t seen what they will do yet about fixes.

The Twin Otter, it had issues on release. But those were worked out and is an ok plane for most people now.

Here is my first flight. 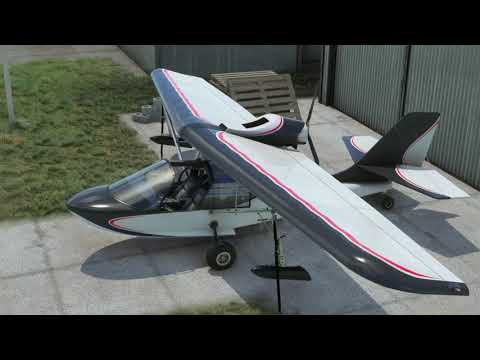 It seems okay however:

Besides these two points it seems a really fun aircraft, however with those two points in mind it is more something to buy on sale (considering the “Elite” version).

Has sound been improved?