This issue is there since the very first version of the game and it happens basically with every aircraft: default, payware or freeware. It’s just more or less evident depending on the aircraft.
To sum it up, it’s extremely difficult to keep control of the aircraft during the takeoff phase or rollout when there’s crosswind, even well within the limits of the aircraft.

Take an aircraft, set the maximum demonstrated crosswind component and try to takeoff. You’ll find that it’s almost impossible to keep the aircraft on the centerline. Same for landing: you can control the aircraft until it’s on the ground, but once you land you’ll see the aircraft wanting to veer off the runway even with the rudder full deflected.

Using Saitek X55, but this issue is not relative to peripherals

The first release version, don’t know the number anymore and the issue is still there after SU7.

Yep. It is a well known issue and (sarcasm) will maybe be fixed in two or three years from now. For now, go to assisted options and tick rudder support…or whatever it is called. Ah…before I forget it. (sarcasm) The next update (most likely) will make things worse.

One of the challenges in msfs is to find your own solutions for the bugs (more sarcasm).
Happy new year.

My big question is: why there’s so little people complaining about this issue? It’s crystal clear.

set the maximum demonstrated crosswind component and try to takeoff

Same for landing: you can control the aircraft until it’s on the ground,

Control of the aircraft in the air is completely different than on the ground.

To begin with, “maximum demonstrated crosswind component” does not mean that the aircraft is easy to control with that wind. It means that an experienced test pilot was able to demonstrate control of the aircraft in those conditions. I have no idea what your level of experience IRL is but the suggestion that the plane veers “even with the rudder full deflected”, indicates that your crosswind control experience is not the same as the test pilot.

Maybe the reason “there’s so little people complaining about this issue?”, is that most of us either are not experiencing unrealistic difficulty, or understand that our skill level requires us to avoid those conditions.

I would suggest some You-Tube instruction on crosswind technique and maybe some on theory. (When aircraft are accelerating or decelerating on the ground, there are some extreme physics at play that need to be dealt with.)

I’ve been simming since 10 years, I know how to takeoff or land with crosswind. I don’t need youtube videos or IRL experience because here we are talking about an issue which obviously isn’t there in real life.

And I know the MSFS simulation is wrong, because on the ground you go full rudder deflection without keeping the aircraft on the runway: that’s simply wrong.

Many people don’t notice because they don’t know what is crosswind and fly the aircraft with mouse and keyboard, or worse with a controller. 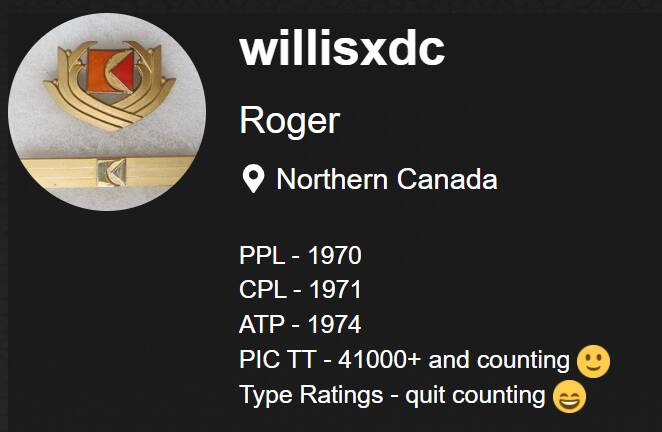 Doesn’t have a problem with crosswinds.

I’ve been simming since 10 years,

Has a problem with crosswinds.

Amazingly, even those of us “in real life” don’t try to control the aircraft on the ground, in windy conditions, using rudder input alone. Not if we want to stay on the runway.

Your 10 years of simming should have you covered though. I guess the sim must be broken.

I will concede that some aircraft in the sim are a bit squirrelly, maybe even a bit overdone, but with judicious handling and the correct techniques, it is possible to get even those ones to track a centerline.

Can you show me a video of you taking off in MSFS from an airport with the TBM or the C172 with maximum demonstrated crosswind component and possibly with control imput?

Not going to start creating training videos. There are plenty out there. I will share one I created a while back. Messing about in a 172 in my neighborhood. 20 knot breeze blowing off the lake about 50 degrees off centerline. Quartering tailwind on uphill landing followed by a quick departure back downhill with quartering headwind. 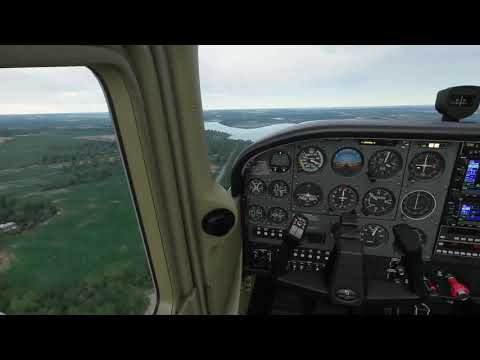 taking off in MSFS from an airport with the TBM or the C172 with maximum demonstrated crosswind component and possibly with control imput?

And on the landing I still had the option to make use of differential braking if I needed more steering to the left.

Ok, let’s sum it up: on the C172 and the TBM the weathervane effect when there’s crosswind is too strong but the aircraft can still be controlled with strong inputs on the ailerons and rudder.

But there are some aircrafts that are impossible to fly, even below the maxium demonstrated crosswind component. Just try the Citation Cj4, with or without the WT mod, and see yourselves.

Well funny you should say this . I’ve got a couple of hundred hours in the CJ4 (note WT mod has no impact on flight dynamics) . And yes it can be hard to control in a crosswind on landing. Not without aileron and judicious use of the brakes. Speaking to an IRL CJ4 pilot was no end of help.

There is an interesting debate elsewhere about reduced PCS travel vs wind effect as being the issue so I’m going to be running test flights using the CJ4 with and without the increased rudder authority option available in customisation. I’ll be posting the results.

I’ve been simming for 30 years on and off and studied aerospace engineering. MSFS simply offers more of a challenge, but I do agree it needs some tuning for the ground physics.

note WT mod has no impact on flight dynamics

This statement is wrong, because I asked specifically on their discord and they said the flight model has been tweaked and furthermore the changes to the flight model are stated on the features of this mod.

I don’t agree with the statement “It’s hard to control in a crosswind or landing”: it’s impossible to keep the aircraft centered on the centerline or its extension. There’s a difference between “It’s hard but possible like in the C172 or the TBM” and “It’s impossible” like in the CJ4.

Ok, I asked WT the same question some time ago and was given the response I qouted. ‘Tweaked’ doesn’t suggest a major alteration though. As to whether it’s ‘impossible’, I’ll reserve judgement until I’ve done my testing. But I’ve never had to resort to rudder assist in any aircraft in the the SIM. Even the PC-6. And that’s a handful. Do I have to go arounds sometimes - yes. Have I diverted due to the wind? Yes. Do I think there is an issue? Yes…and so do Asobo.

The issue is simple: the aircraft according to the manual can handle a 25 knots crosswind component. Is that true in MSFS? Answer: no.

Going around due to a crosswind component much less strong than the maximum allowed is not an option.

The real question is: Asobo is aware of this? On of the WT developers told me that ground handling is something Asobo is going to correct in 2022, but I don’t see it mentioned anywhere.

Have you tried increased rudder authority in customisation?

The question isn’t ‘is there an issue’ - there clearly is. The question is - what is causing it? Lack of primary control surface travel leading to reduced authority? An incorrect ground physics model that over-calculatess wind pressure relative to the effective surface area and COG or the reduced lateral ground contact friction or inertia. Or a combination all three? Or is it aircraft model specific?

What will help Asobo is data from standardised test flights by capable pilots across a range of aircraft with a range of controllers/peripherals. And it’s THAT which is lacking from the discussion.

If you consider yourself a capable pilot, please show a video of the Cj4 taking off with a 25 knots crosswind component without veering off the runway violently with full rudder deflection. I’ll post a video later.

To make things worse, payware developers like Aerosoft with their CRJ and even PMDG with their DC6, couldn’t solve the issue because there are dozens of threads around the forums covering this problem. And that makes me worried about the upcoming and highly anticipated PMDG B737.

And appropriate aileron input, and elevator trim too of course.

Elevator trim is totally irrelevant here, anyway I know how to takeoff as I said before. I’ll post a video.

If you consider yourself a capable pilot, please show a video of the Cj4 taking off with a 25 knots crosswind component without veering off the runway violently with full rudder deflection. I’ll post a video later.

Rudder alone will not allow you to maintain a straight path in a strong crosswind, (in a real airplane or in the sim.) You absolutely have to use aileron as well, or the aircraft will go “off road”. In a strong crosswind, you will be cross-controlled with aileron into the wind, and rudder away from the wind, and the ratio between them will have to be continuously adjusted as the aircraft accelerates.

As a past real-world light single pilot, I will absolutely agree landing and take-off roll in their sim equivalents is squirrelly. There appears to be no simulation of inertia, air flow and contact friction. Using the assist option makes it feel slightly more realistic but still not accurate.