ANOTHER FLIGHT RUINED. 2FPS. And I have evidence

MODERATOR - PLEASE DO NOT MOVE THIS TO AN EXISTING THREAD. THIS NEEDS TO BE SEEN BY Asobo AS A MATTER OF URGENCY, AND THAT ISN’T GOING TO HAPPEN IF IT IS MESSAGE 2035 IN SOME OTHER THREAD. MAYBE SOMEONE KNOWS SOMEONE AT Asobo AND CAN GIVE THEM A LINK TO THIS, BECAUSE I’M UP TO MY TEETH FED UP REPORTING THIS FOR MONTHS NOW AND IT ISN’T EVEN ON THE SU8 BUG FIX LIST.

I have a video capture of the flight, but the video is 6Mb and you can only upload 4MB. Give me strength.

How do I get this video in front of Asobo???

No addons except the FBW A320 I am flying.

OK I have zendesked this AGAIN, now with the video attached.

And stop giving us new gimmicks until you have fixed what we already have!!!

I’ve done my best to communicate this for months, but I’m really not sure anyone is listening any more.

This isn’t even on the list of fixes for SU8.

They probably can’t see that link it if they see the same thing like on my screen.

That being said, it’s probably difficult to see one ticket if it’s only affecting you and not affecting as many people.

AND CAN GIVE THEM A LINK TO THIS, BECAUSE I’M UP TO MY TEETH FED UP REPORTING THIS FOR MONTHS NOW AND IT ISN’T EVEN ON THE SU8 BUG FIX LIST.

Again, it’s unlikely for your issue to come up on the Bug fix list if you’re the only person experiencing. And seeing as I can’t open the ticket link you provided, care to explain your problem as a whole? 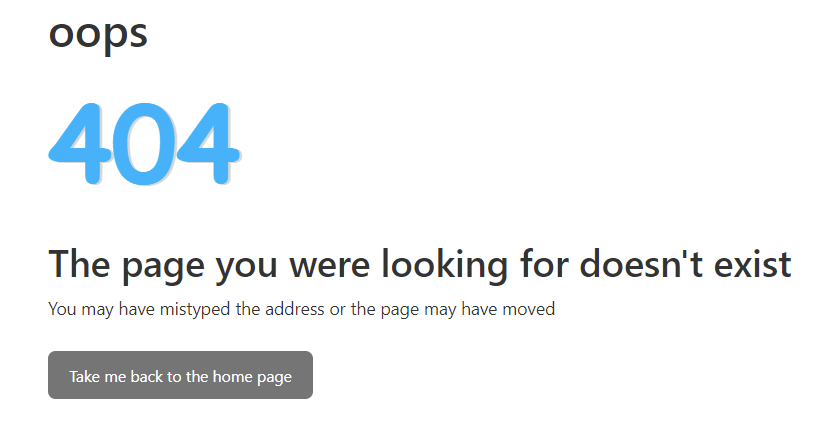 What’s the problem again? The link does not work.

Might also help if you also detail your hardware specs. since FPS issue is usually about setting your graphics setting far above what your hardware is capable of. It could also your network issue. I find that having photogrammetry enabled drops FPS on my machine a lot, so I keep them off. And also I disabled Intel Virtualization Technology in my BIOS which also gives me back my FPS.

Play in windowed mode and go tab out and tab back in FPS return.

No addons except the FBW A320 I am flying.

Did you actually try to uninstall this addon as well? It’s an addon after all which may do all kinds of funky stuff on your system… just sayin’.

Good luck with tracking down the root cause on your system.

If you have ever installed the FBW A320 via the insim marketplace, you might want to read this thread.

2FPS is quite unique. Most probably an issue with your system.

AND IT ISN’T EVEN ON THE SU8 BUG FIX LIST.

First of all: caps.
Second of all: a problem for only one person will never make it to the bug list, let alone one with urgency.
Third: Upload to Youtube and use a link. It isn’t that hard.

It is 95% something with your and only your system, since the vast majority can fly with higher fps than 2.

To everyone above, I can only assume you don’t ready the forums much. Other longstanding threads of this subject:

Just an update to say this decreasing fps problem isn’t fixed in WU8. What I do notice is something with my CPU cores. At the start of this 3 hour flight all 12 cores had nicely balanced workload. However, now the fps is dropping off, the last core is almost at 100% cpu utilisation, and the other cores have dropped off in utilisation. I thought this historic (FSX) busy last core problem was supposed to have been coded out of the sim last year in one of the SU releases (5?), but it still seems t…

Anyone else seeing this? Every time I try a flight of more than an hour or three, I experience continuing decrease of GFX performance throughout the flight. At the start, everything is smooth and nice, but as the flight goes on I see the cockpit panning becoming more and more jerky. Happens in both planes I fly - TBM 930 and FlyByWire A32NX. Same thing if I take an external view of the plane. All the smoothness gradually disappears, leaving the sim unpleasant and jerky to fly. As I pan the vie…

Just plain wrong. I have never used that mod, but have had the problem since SU5. I get the feeling Asobo haven’t even started trying to fix this as the problem has been there constantly since then. How can such a thing just get ignored? Still, hey, they keep releasing new half-baked planes for us to fly in a sim which can’t even support a long flight with reliable performance. They really need to sort their priorities out. Get the sim working properly first and stop putting so much effort i…

There is nothing wrong with my system.
My settings are not the problem - I have tried many different ones.
I have tried tests in other planes.
I have tried all the known tests to recover the FPS
I manually install the FBW, not marketplace.

You failed to mention it’s after a few hours. Yes that’s a known bug and is being worked on, so I don’t understand then why your post should be so special and not merged to the other topics.

I can only assume you don’t ready the forums much.

I can only assume you don’t read the dev updates much. 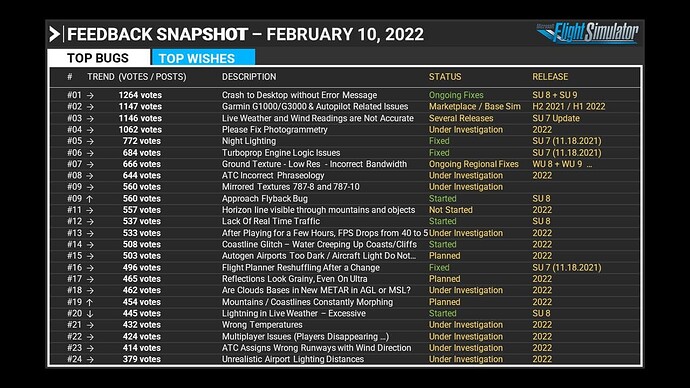 If you do want to fly in the short term until it is remedied, there are a few suggestions in those threads that do work.
Don’t use live weather, and don’t use live traffic.
I wonder if you may have missed this when you read all the threads!

Closing thread, it is a duplicate, a known issue, and violates the forum’s Code of Conduct.

Be mindful with topic titles. The title and/or post should be clear in its intent and focus on the topic at hand. The following is prohibited: