Sure, I see the yoke steering ever so slightly to the opposite direction too, what I mean here is the response I get on my controller (thrustmaster). There is clearly a threshold on the yoke under which the plane won’t budge, and when you apply more force it will and AP disengages. In the sim our hands are not on the yoke, hence I don’t think we can make any real conclusions of the movement it makes.

Ok I see the yoke move way more than a “little bit” going almost to full deflection in opposite direction before disengaging, maybe its depending on the aircraft type or maybe they have fixed something in the meanwhile.

I found this out because I wanted to do a quick test so I used my keyboard instead of plugging in my joystick and found the aircraft steering hard left or right and then crash every time I engaged the AP. When flying with the keyboard the controls don’t auto-center so its impossible to use the AP

This was some time ago, I think it was last week I last flew in MSFS and it was still the same. 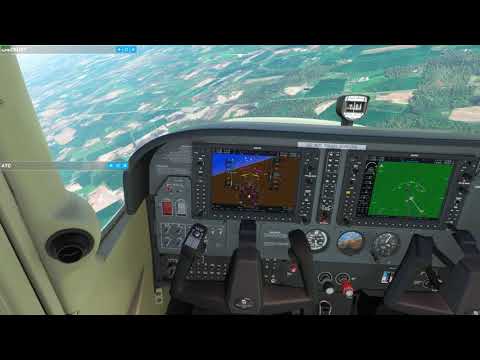 You can see that its possible to steer through the autopilot on the pitch axis, which is also wrong but at least it doesn’t steer opposite, which looks rather stupid

. In real life the yoke wouldn’t move but you would see the trim wheel running as the AP senses the force you are applying as being out of trim.

this autopilot sucks it will be working then all of a sudden it just starts going in circles i,ve been play flightsimulators since jet alomost 40 years ago and this is the worst version yet this simulator sucks to the bone

You can see that its possible to steer through the autopilot

Well, of course it is, when you apply enough force. Possibly your controller settings are far too sensitive? I just tried with c172 and had exactly the same experience as with TBM 390, moving my controller approx 50% in any given direction the plane won’t budge. Going above that the AP will disengage. I am not quite sure what you mean by “through the autopilot” though, it just disengages whej you apply more force that the threshold allows.

Well, of course it is, when you apply enough force.

To be absolutely clear, the autopilot will disengage when applying enough force after which you are in control of the plane. The aircraft can’t however be flown below this threshold with the AP engaged, when the AP is engaged you can’t physically move the controls and control the plane.

moving my controller approx 50% in any given direction the plane won’t budge.

But does the yoke stay neutral or does is move in opposite direction?

I will have to check when I’m back, maybe they have improved on it. As you can see in my video the AP moves the yoke in opposite direction, which does seem to counter my control inputs to some degree, even though I’m able to steer the plane through the AP. What I mean by this is that I’m able to fly the plane even though the AP is still engaged.

I will check when I’m back home on Monday and report back.

Still the same with latest update. Giving steady and < 50% roll input to the left → the autopilot steers to the right and increases input as deviation increases. 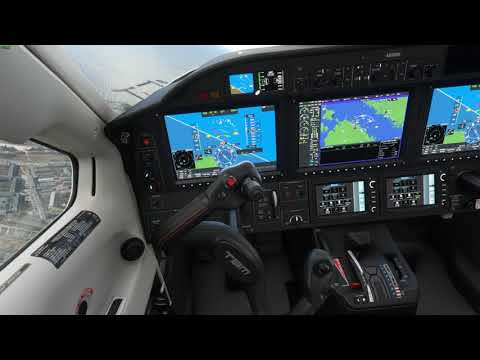 Was doing a KABQ-KLAX last night using the FBW A320 and several times this happened (plane starts flying in circle). Kept having to disengage and re-engaging the AP to fix it, but yeah, autopilot seems to be getting worse and worse with each sim update.

Trying to fly to ENSB, which doesn’t have a long enough runway for a Dreamliner to land.

Oh, in MSFS it most definitely can land there, I do it often as it’s one of my favourite airports and I fly the Dreamliner almost exclusively with close to 600h in the 787. ILS RW10 landing approach from the south west. Auto brake 2. Plenty of time to stop

Approach from LALAD to reach LOLVO for final and glide slope: 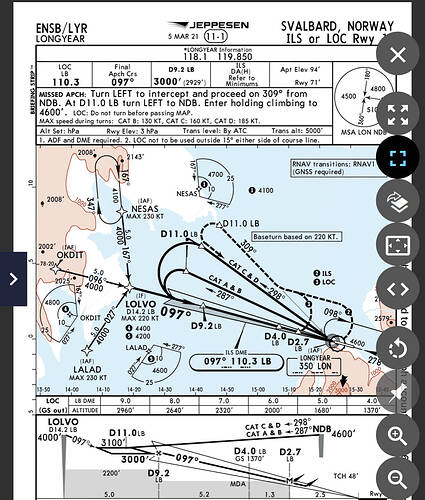 The only thing I’ll add is that if doing a cross-polar trip to ENSB (I have flown a few times there from Alert CYLT Canada - a super takeoff challenge in a 787 lol), the approach via NESAS from the north can be tough to get low enough quickly enough in a 787 due to mountains immediately preceding the final approach from that direction. The sim for some reason likes to take you that way so if approaching from the north I now manually enter the waypoints for the southwest approach.

I see what you mean, so when you actually stay on the input a while it kind of bleeds through, and finally AP disconnects, while the AP has been steering to the opposite direction. I just don’t know why anyone would do that?

The autopilot doesn’t disconnect at all, in the video above you can see that even a small input with the AP engaged leads to a increasing opposite input from the autopilot to “counter” it but the AP remains engaged this whole time until pulling the wings off.

Obviously, the yoke is directly connected to the flight control surfaces therefore the above situation is impossible. You and the autopilot are both moving the same yoke. In MSFS the ailerons are controlled by you, from external view you can see the ailerons mimicking joystick position while the autopilot is moving a dumm.y yoke with nothing connected to it. Its weird and wrong.

I just don’t know why anyone would do that?

You would have this problem for example when dead zones are set too small causing a slight input on the roll axis with the stick centered (had that with my previous old Logitech). Or when using a keyboard instead of joystick. In any case it just has to work as it should, manual control inputs need to be disregarded with autopilot engaged as in real life.

Try this for example, center the joystick and give a couple of left or right clicks on the keyboard with AP engaged and you are in for a wild ride

I flew the CJ4 recently. I wanted to change course - turn off the NAV AP but keep the vertical speed VS autopilot. Once I took the controls the AP automatically turned off, including the VS, and the plane started diving, since the last AP setting had the elevator trim at a negative. I have to fly manually the rest of the way, unless I engaged both VS and NAV, in that case the AP did work.

Once I took the controls the AP automatically turned off, including the VS, and the plane started diving, since the last AP setting had the elevator trim at a negative.

There’s something wrong. The AP uses trim for pitch control.
If you disenage the AP, the aircraft is perfectly in trim (if it was stable prior to disengaging).
Disengaging the AP shouldn’t result in an uncommanded pitch change and I’ve never seen that in MSFS.

You don’t take over the controls by trying to overpower the AP.
You have to disengage it with the disengage command.

You don’t take over the controls by trying to overpower the AP.

Maybe this is why the aircraft is mistrimmed upon autopilot disengagement?

I agree that’s how it should work, but that’s not how it worked. I kept the AP main on, but just turned off the “NAV” and wanted to steer to a different location. For some reason, it turned main AP off.

You can’t do that! Either the AP controls the aircraft or you do!

That would be my guess.
If you try to overpower the AP, the trim very quickly tries to compensate for the control input. Once you reach the disconnect point the trim has reached max input. You now have control of the aircraft with full nose down trim. You also have manual trim now. Your only out is to quickly neutralize the trim while correcting for the nose down attitude.

I guess the way to test that would be to attempt to overpower the AP with a push on the yoke rather than a pull. In theory you should now end up with max nose up trim when the AP disengages.

None of this is correct, but looks like how they modelled it.

In other words, there is no way to have the AP hold climb/descent rate and/or altitude unless it is also following a NAV plan? Is there a way to set a new destination in flight? Let’s say I was planning to fly to Chicago, but wanted to change to Detroit while nearing Chicago, is there anyway to do that? If not, is there anyway to hold altitude while I change the direction?

I guess I can manually input the heading and hold that in AP?

Yep, I think this is spot on and helps explain why the plane can be all over the place when you switch off the AP. Same could be true if you have significant control input in when AP is engaged - it immediately tries to trim out the control inputs. This might explain some of the “AP tries to kill me” experience people have reported.

Also try this: simple flight from EGLC to EGLL with the TBM. Set it up in the world map.When on the runway switch to external chase view with the hub showing. Then turn on AI piloting. Watch what the AI dies with the flaps and trim during take off - they are all over the place. Makes me wonder if the autopilot does something similar.

I guess the way to test that would be to attempt to overpower the AP with a push on the yoke rather than a pull. In theory you should now end up with max nose up trim when the AP disengages.