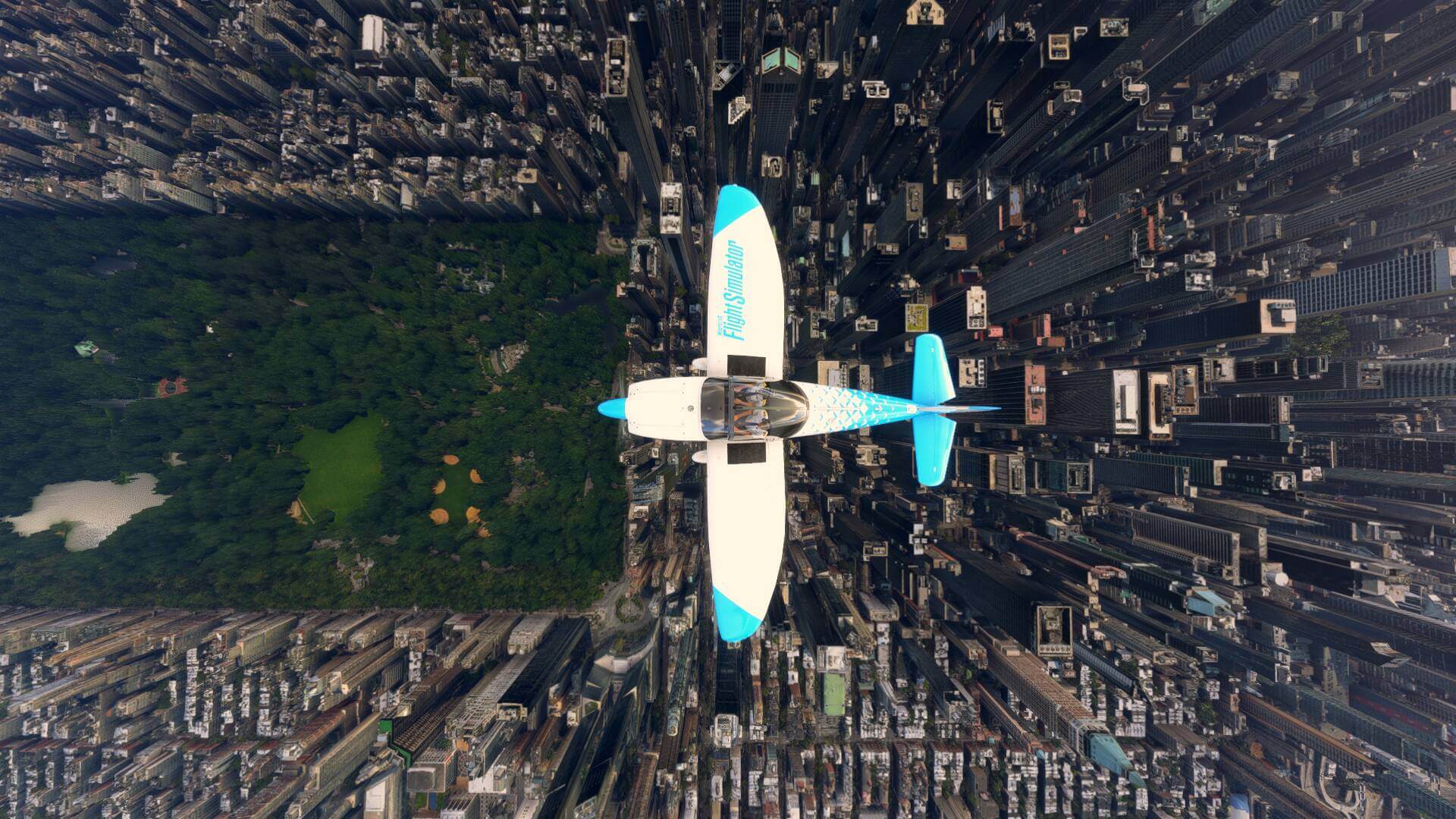 Work on World Update 3 is nearly complete and we have started to integrate the photogrammetry cities into the sim. There is a bit more integration work to be done and then various data passes that need to be completed, but progress has been very good. We now anticipate that the update will be ready for you between February 9th and February 11th. Below are a few images of London in the simulator … the city is (obviously) massive and it’s going to be incredible to fly around in that environment. This World Update contains five brand-new photogrammetry cities – Cambridge, Oxford, Birmingham and Bristol – nearly 80 POIs, five new meticulously hand-crafted airports (Barra, Liverpool, Land’s End, Manchester-Barton and Out Skerries), as well as visual and logical improvements to 85 more area airports, improved digital elevation data across the U.K. and a trio of new activities. 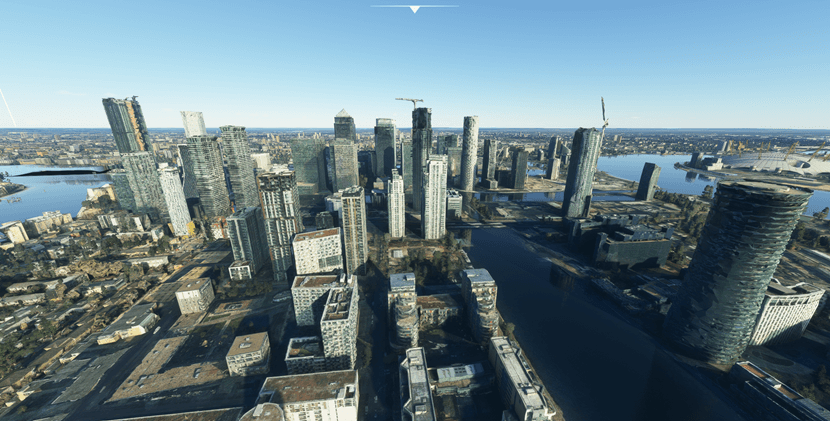 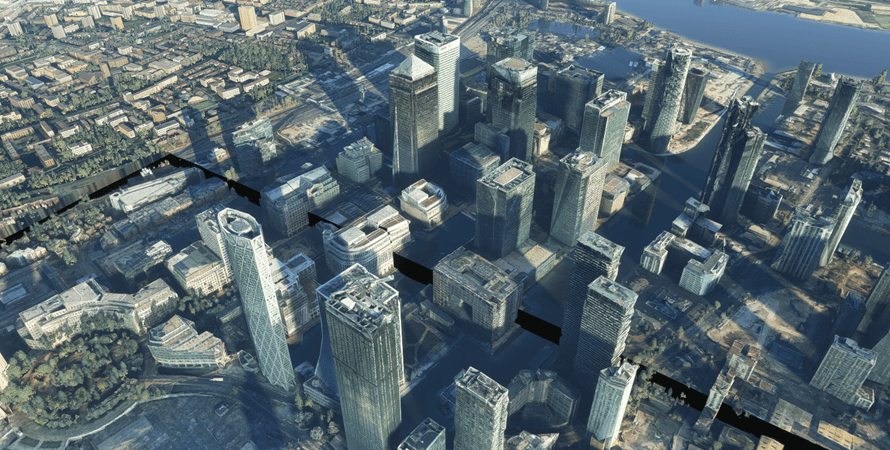 Thank you to those who chatted with us live during yesterday’s Developer Q&A series. We were happy to meet with you again and answer questions. On the live stream, we promised an email address for those interested in helping us with reporting accessibility bugs and requesting accessibility features. Feel free to write to MSFS4ALL@microsoft.com if you have accessibility requests. If you missed it, here is the whole VOD on Youtube with timestamps for questions you asked: 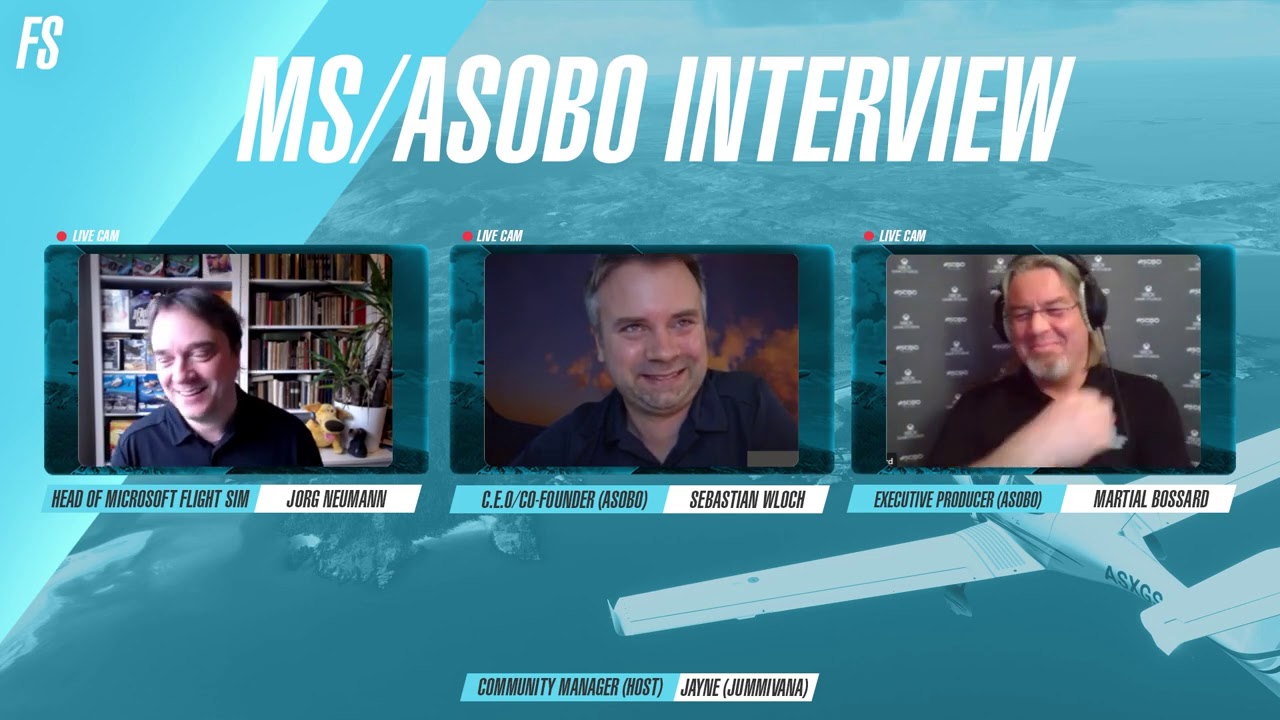 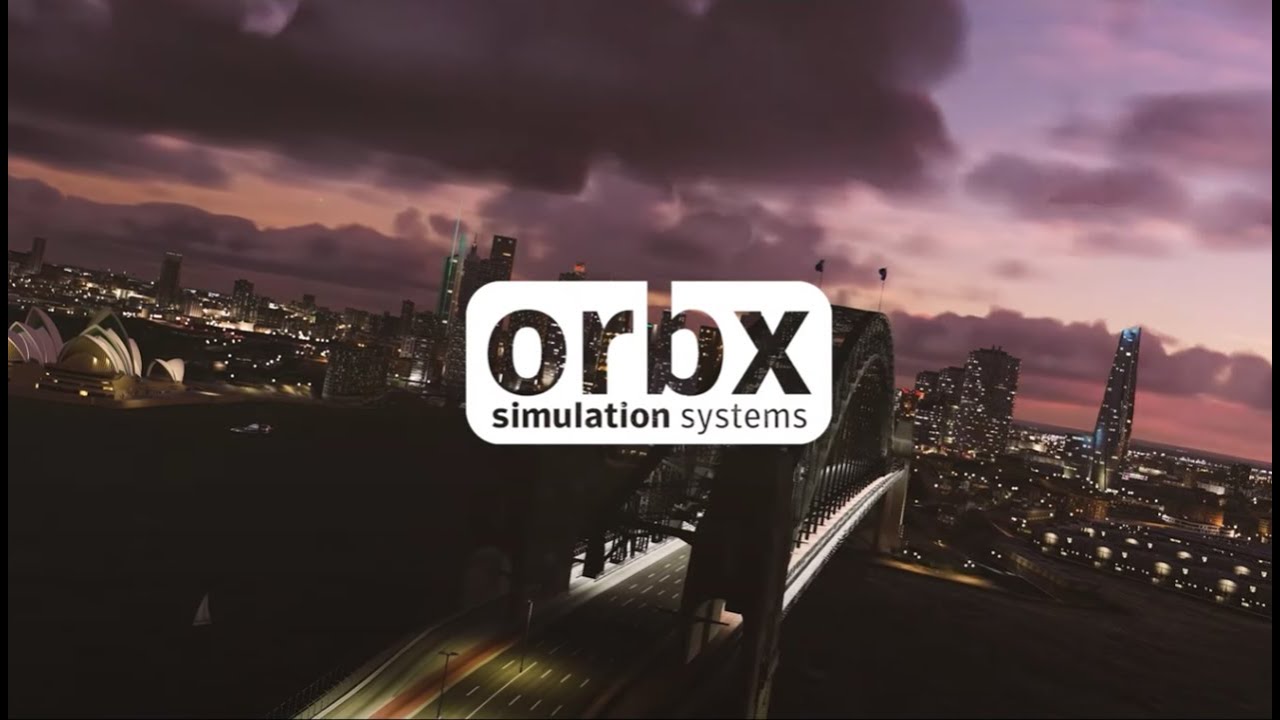 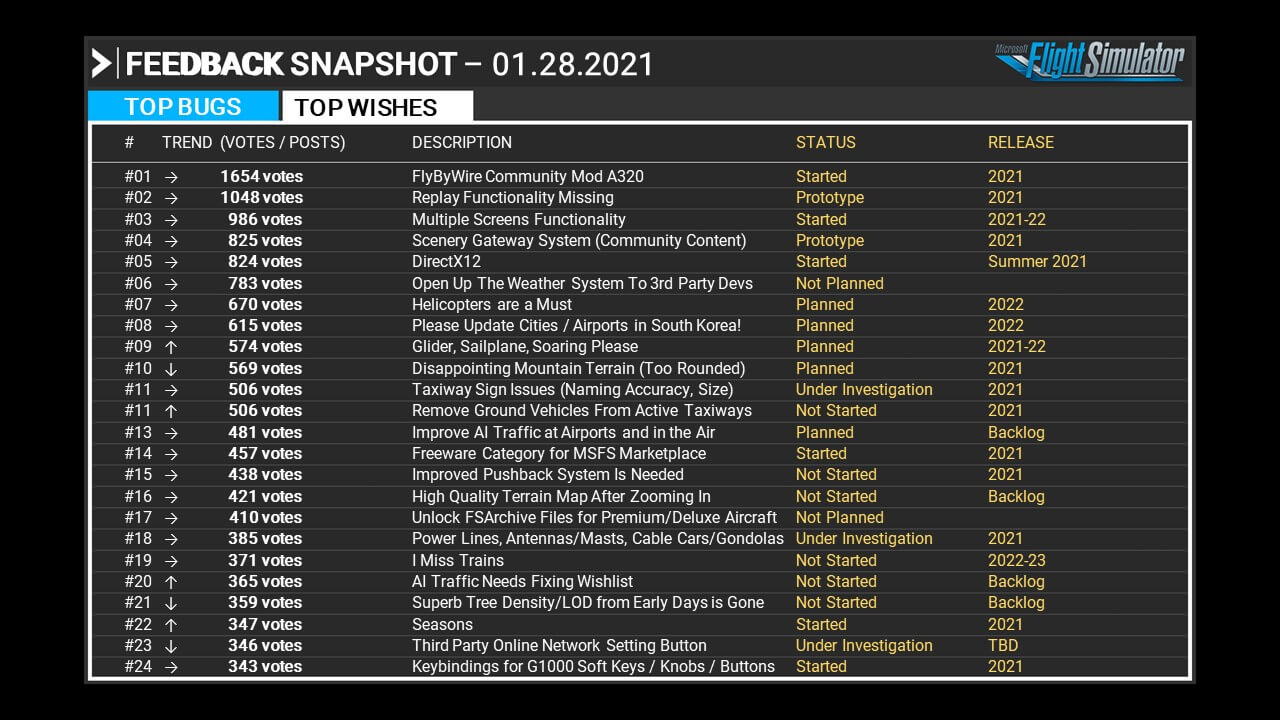 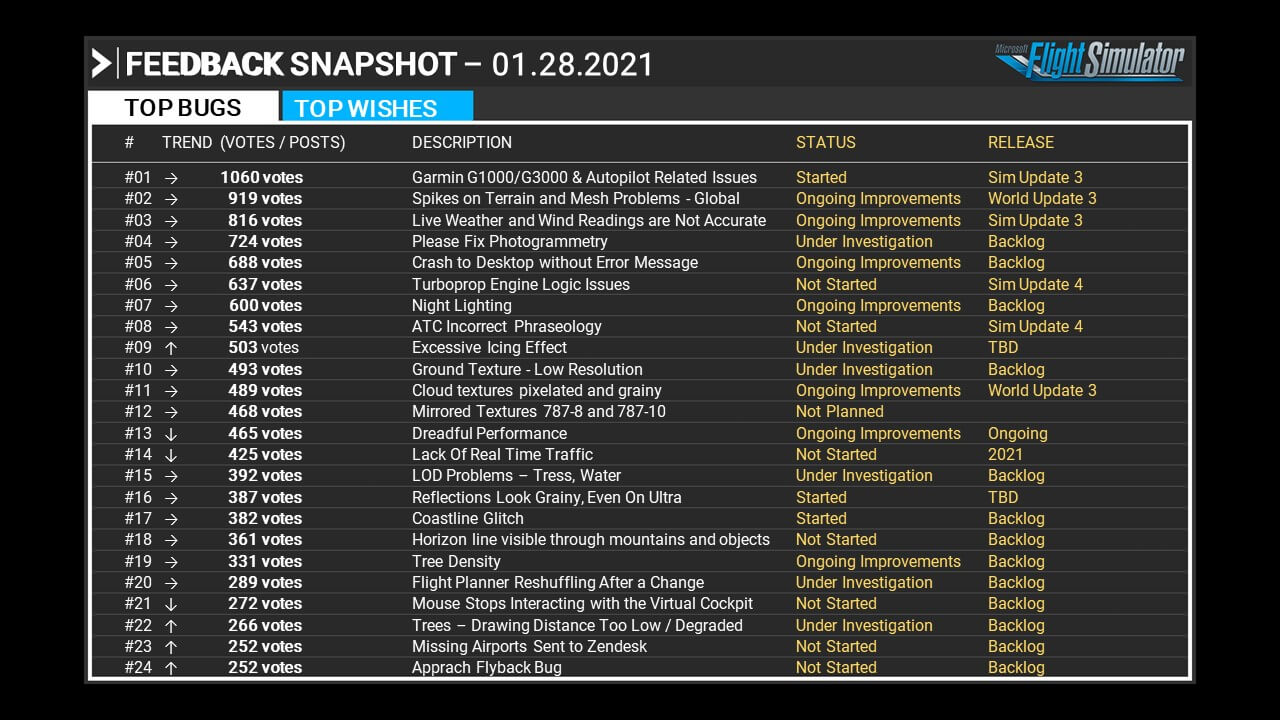 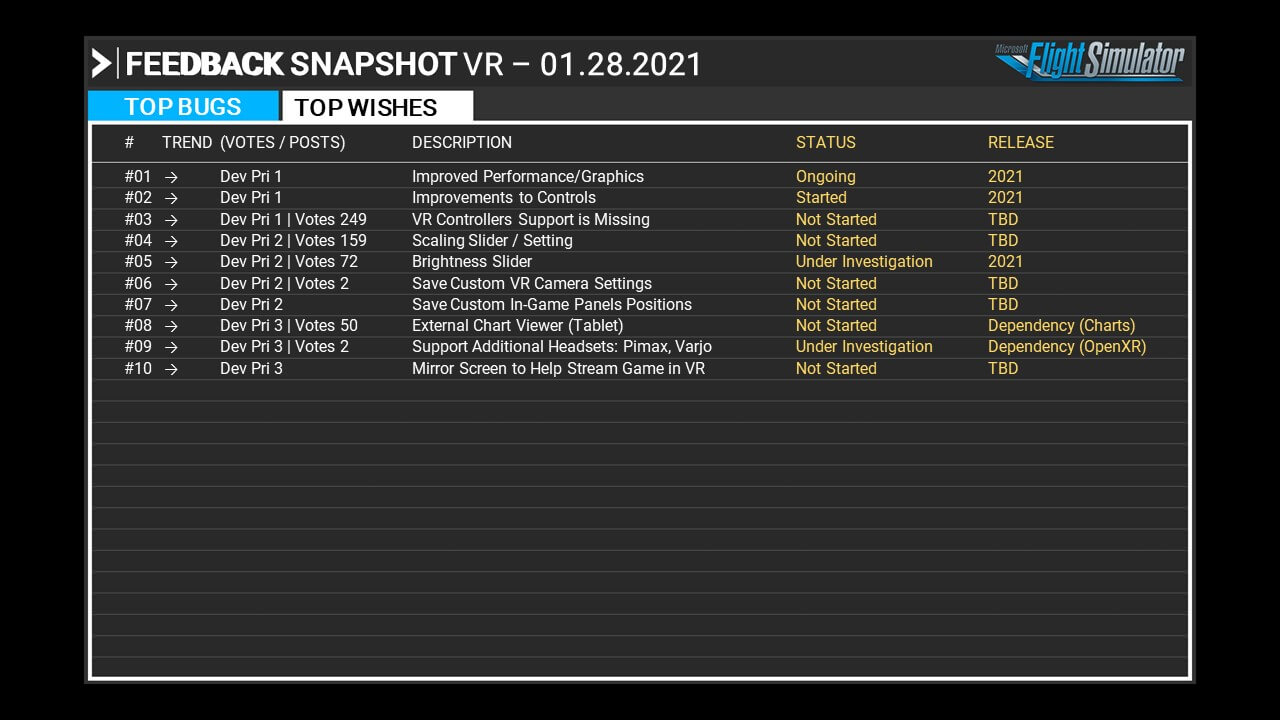 We are very happy to see that more and more planes are getting produced. In just the past few days, we’ve seen new announcements, updates on major airliners that are in production, and also new aircraft releases. it’s really great to see that the SDK has matured to the point where more and more teams are bringing their creations to the platform including the following:

Quick update on the numbers:

Today there are 20 new products and 3 updated products releasing in the Marketplace. 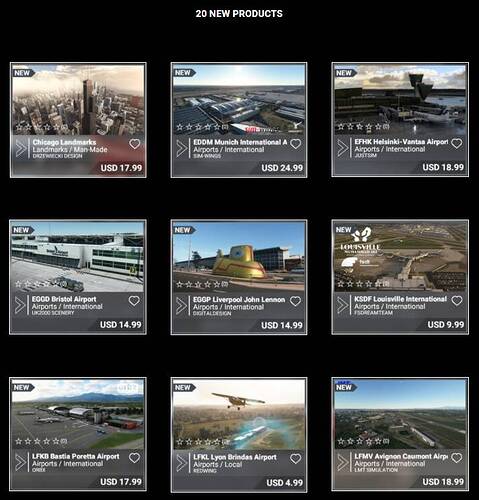 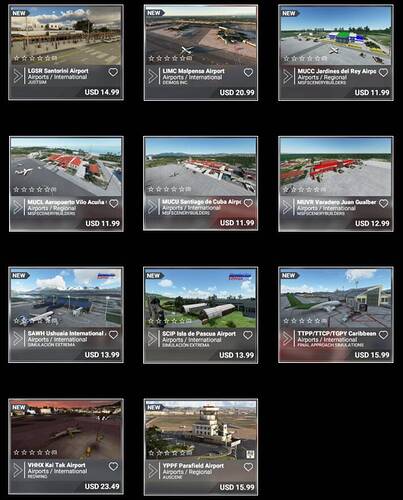 LAYOVER WITH THE DEVS

My name is Lionel Fuentes, I am Technical Director on Microsoft Flight Simulator. I have been working on this project from the very beginning, touching everything that is tech related. In particular, I focused on everything related to the engine, the world representation, the SDK, the developer mode and on optimizations, with the fundamental objective of “making it work." 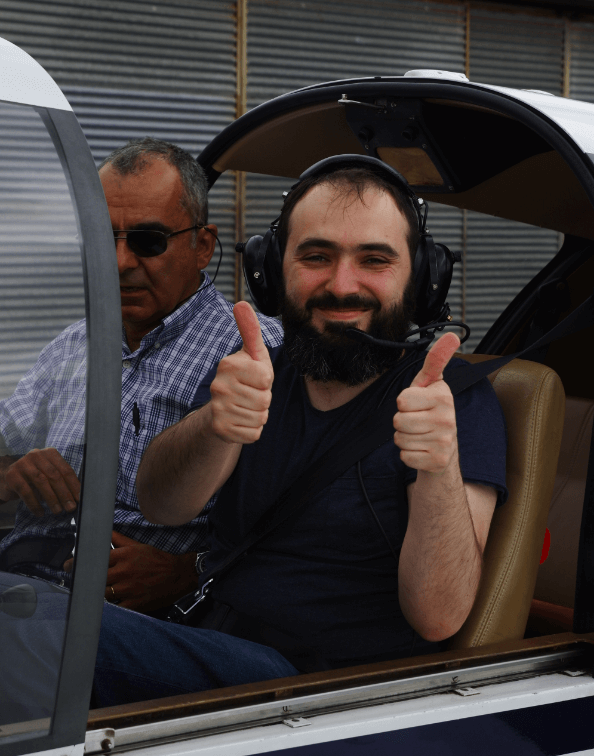 Lionel giving a thumbs up while seated in a plane594×756

A lot of things were challenging! As I usually say, “the world is big” and so representing it came with a lot of difficulties. For example, we had to adapt our engine at its core so it would support placing objects at such a big scale using 64-bit floating point X,Y,Z coordinates instead of 32-bit.

A big world also means a lot of inconsistent data to store, process and download. Often you have an algorithm that works in one part of the world, but it doesn’t mean that it will be the case in another part of the world. Nothing is ever perfect and you need to find the right trade-off.

However, this was not the only aspect of the sim that has been challenging for us. It’s a first for Asobo Studio to make a simulator. Initially we are a game development studio with no expertise in simulation and aviation. We came with a very humble perspective as we had a lot to learn. It was a big step! In addition to this, Microsoft Flight Simulator is also a live simulator, which is also totally new to Asobo. We had to think about how to distribute and develop features and re-organize processes to suit this type of project. New people with different background and expertise joined the project as well (Customer support, Community management etc.).

On top of this, we started with the FSX code base while still using our in-house engine, so we had to start combining both, which was not an easy task. Also, we were creating tools at the same time we were using them. And those tools had to also be usable by the community, which was also new to us!

We tried to make the best out of the difficulties we were facing. Even though it has been quite challenging, I’m pretty happy with the result.

Clearly, the most impressive thing I’ve seen when it comes to SDK and developer mode is the reaction of the community! For instance: if we have something not available, they just find a workaround, they find their way through it, they document it and they can even create the tool themselves. The community is impressive and willing to get something out of the sim by investing a lot of time and effort, they are super motivated. I’m very impressed everyday by what people are doing.

A good example is the content manager. It’s still under development on our end but the community already made one! There is also an alternative airport editor and a Blender exporter just to name a few. This community is very alive and involved and it’s super motivating for me.

Join us tomorrow for an informal community fly-in over the Greek Isles. More information can be found here. Next Wednesday, Chewwy94 will be taking over the stream, so come say hi! Please refer to our Twitch schedule here for any updates or changes. 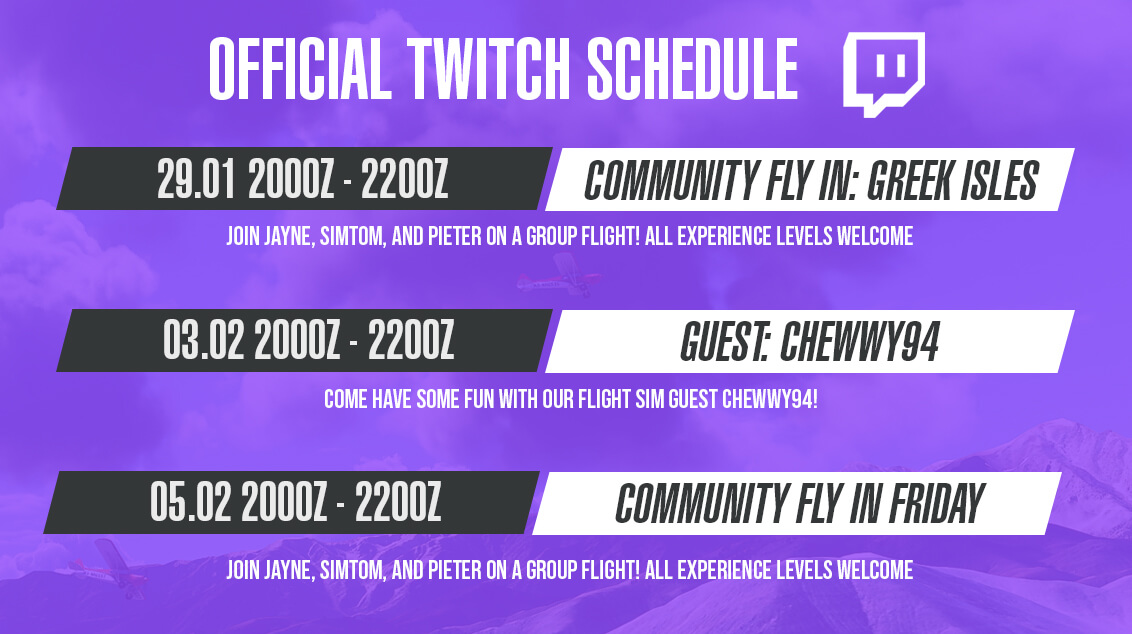 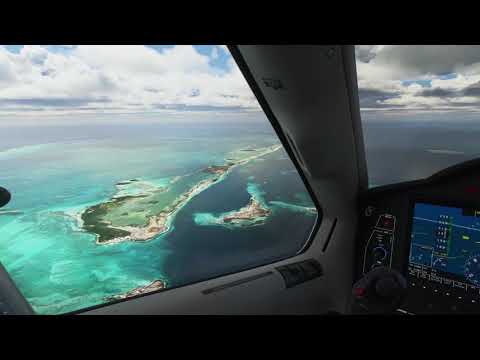 This past week we challenged you to take a screenshot in Bustling Cityscape. Thanks to all those who participated! We will continue with another screenshot challenge announced next Thursday! 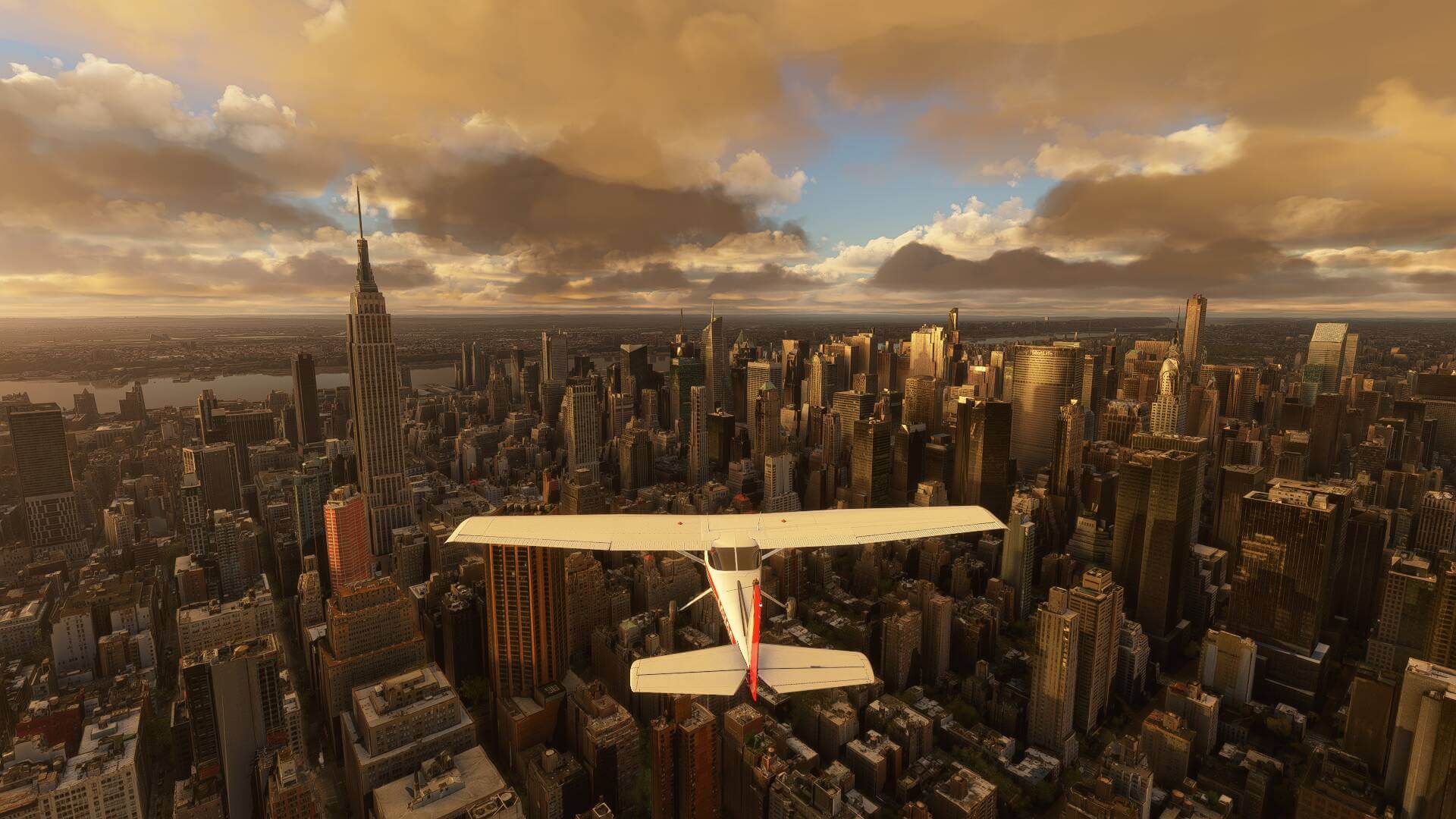 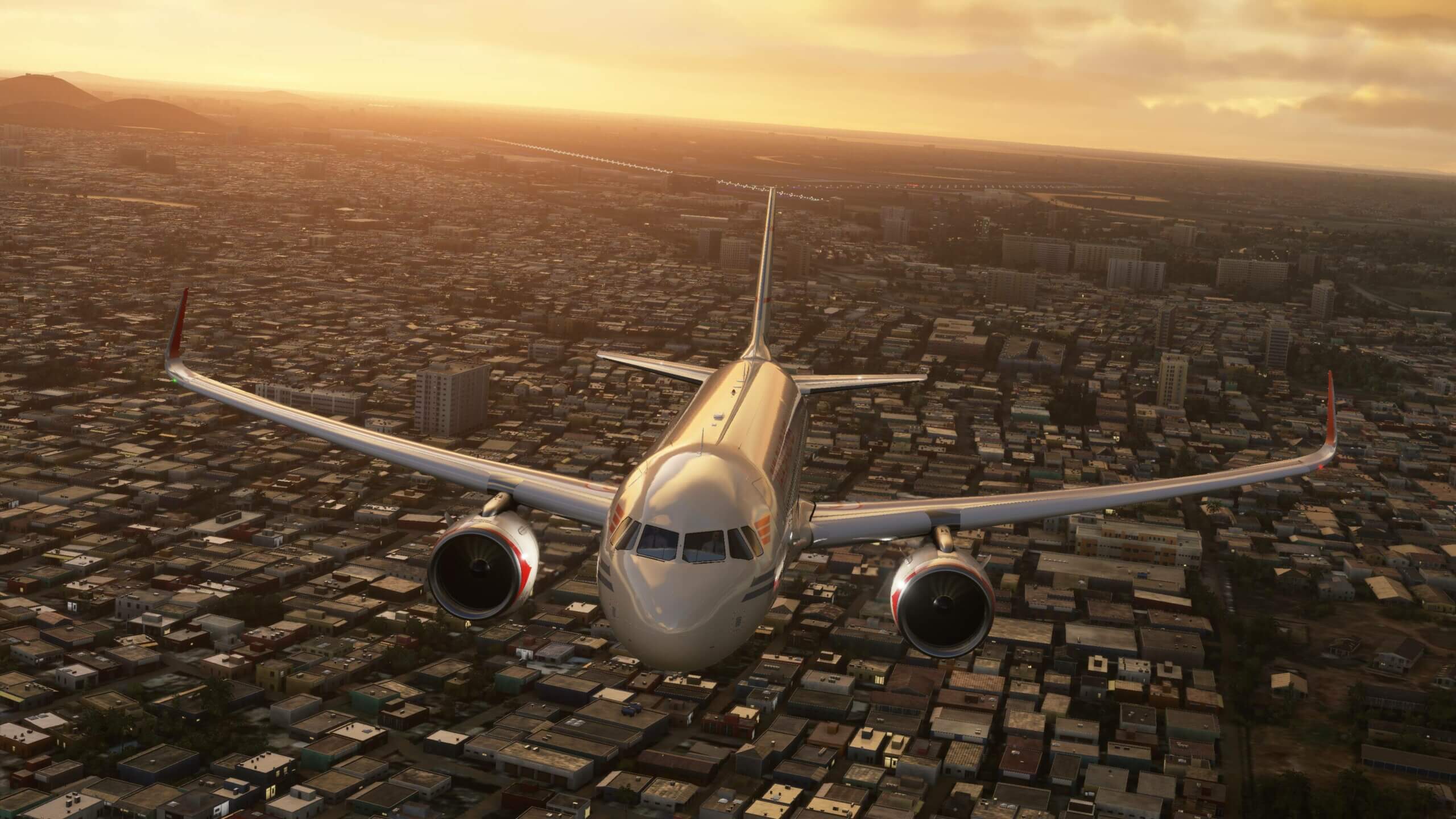 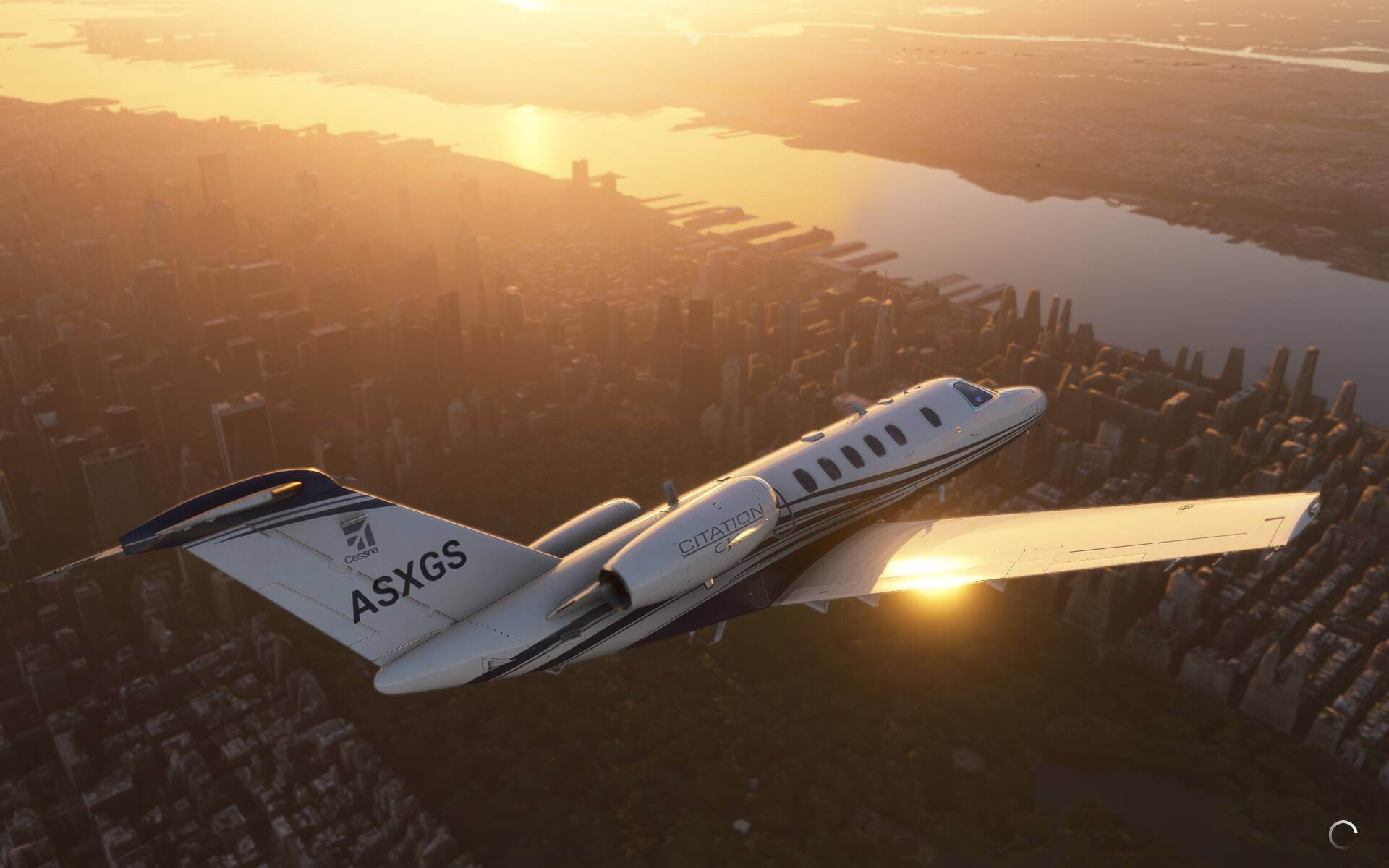 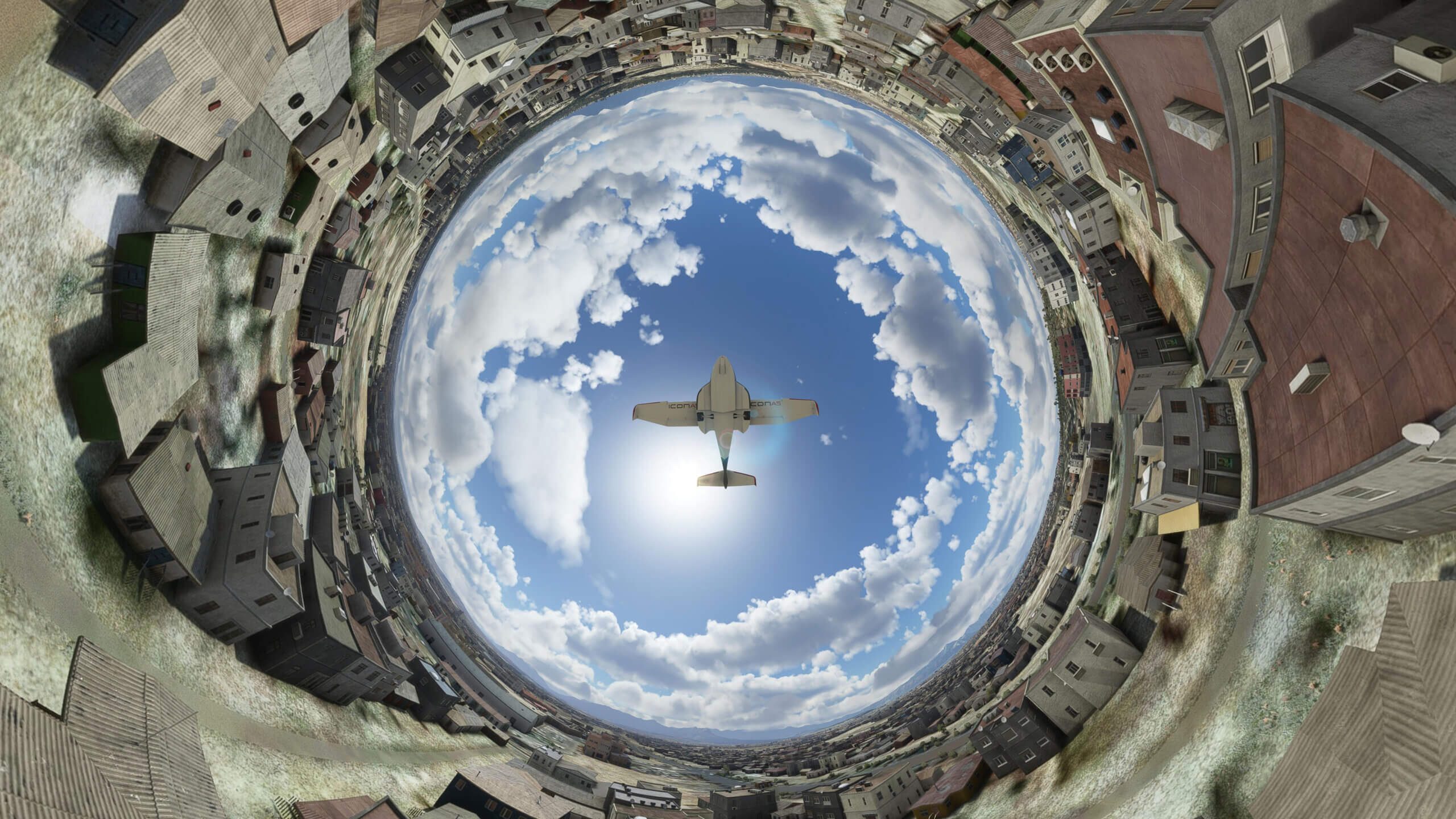 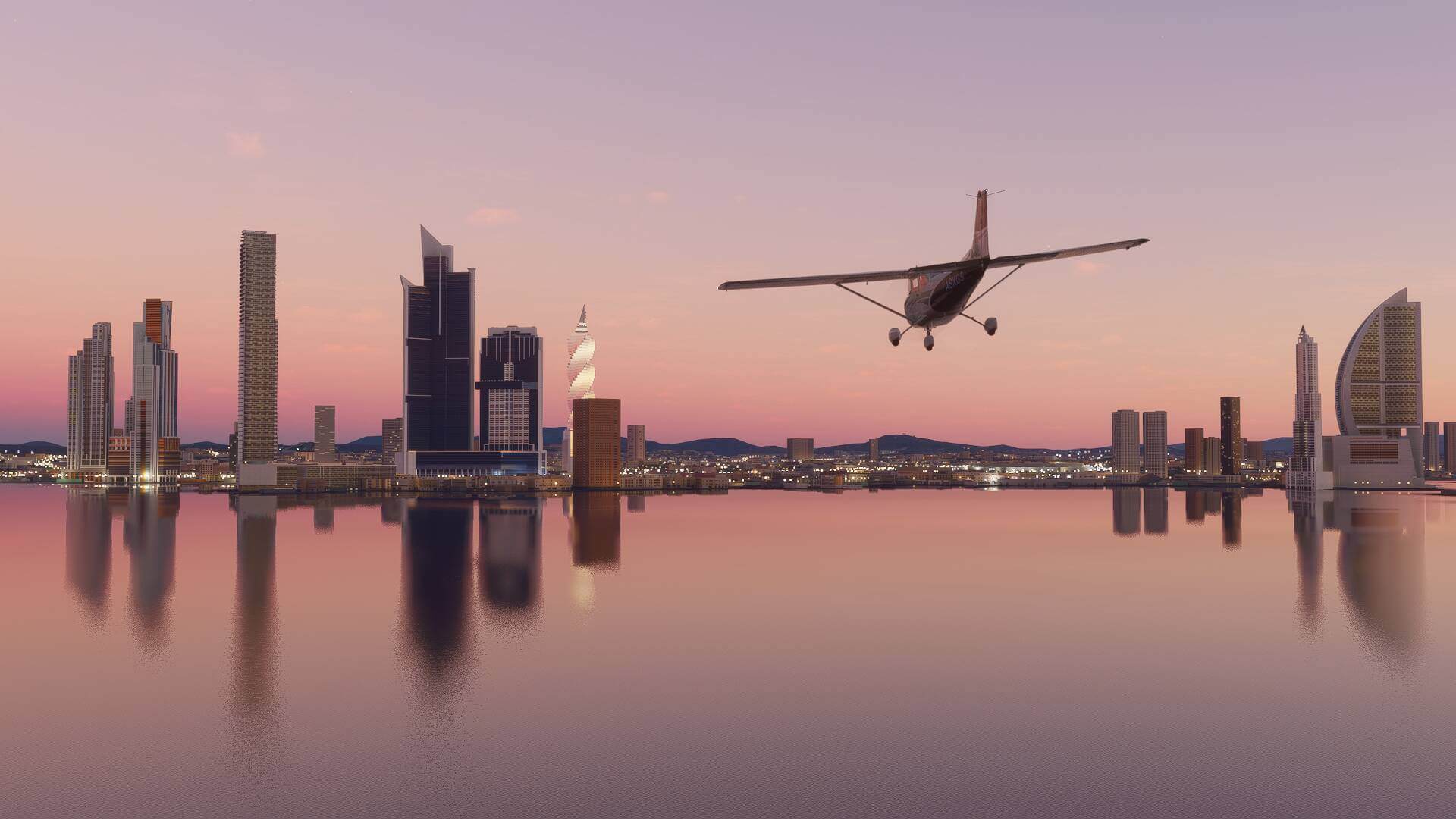 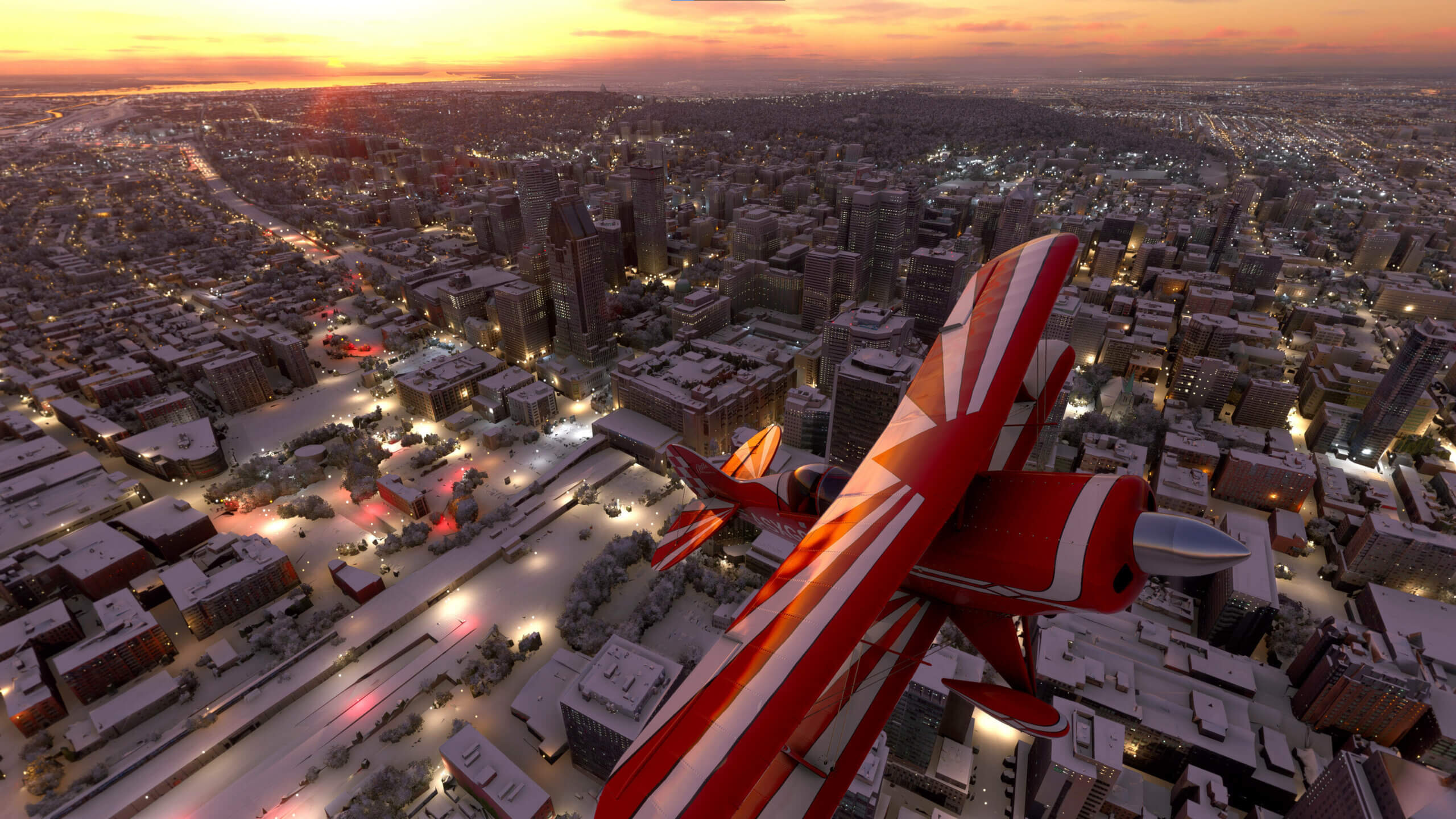 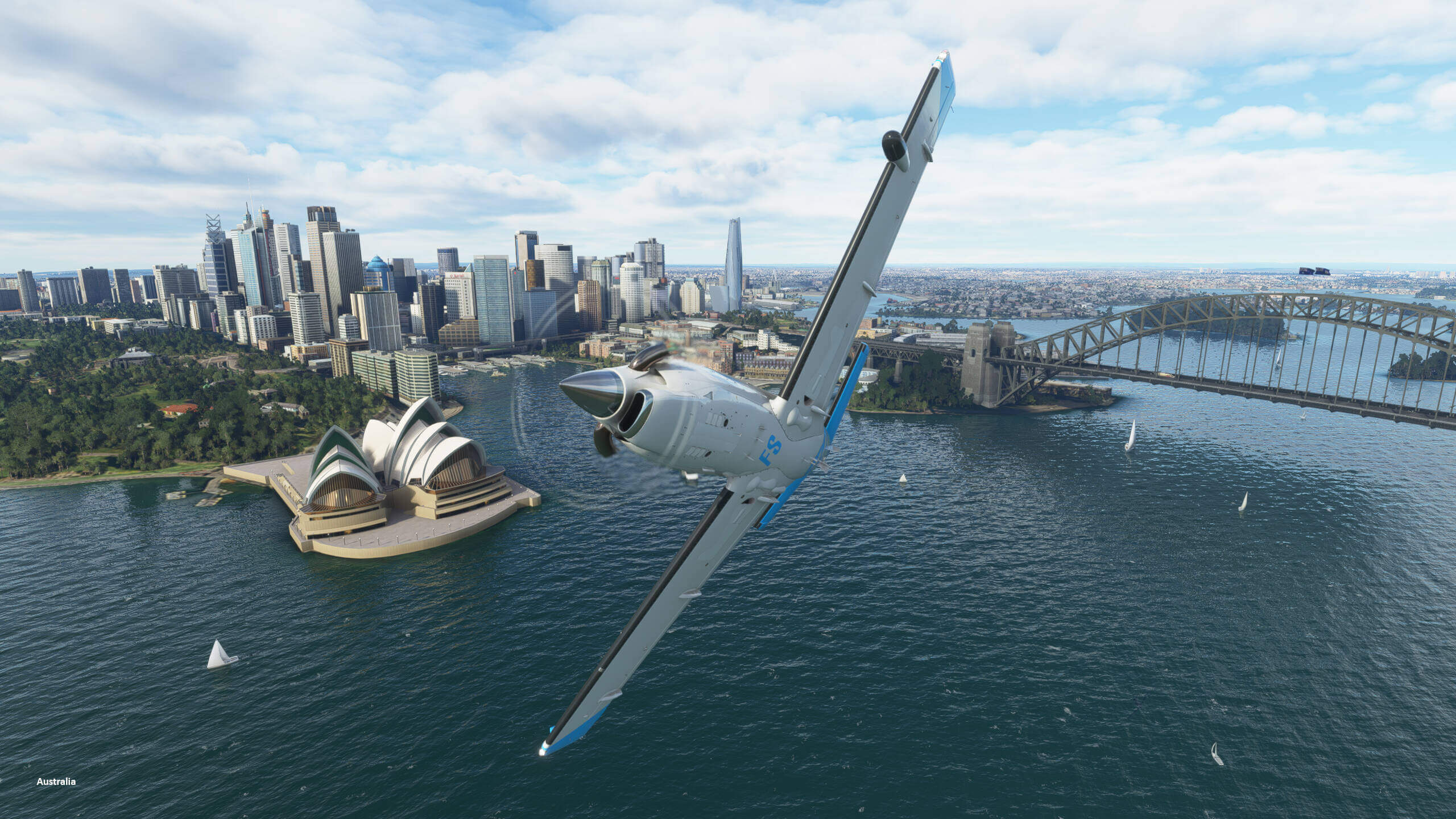 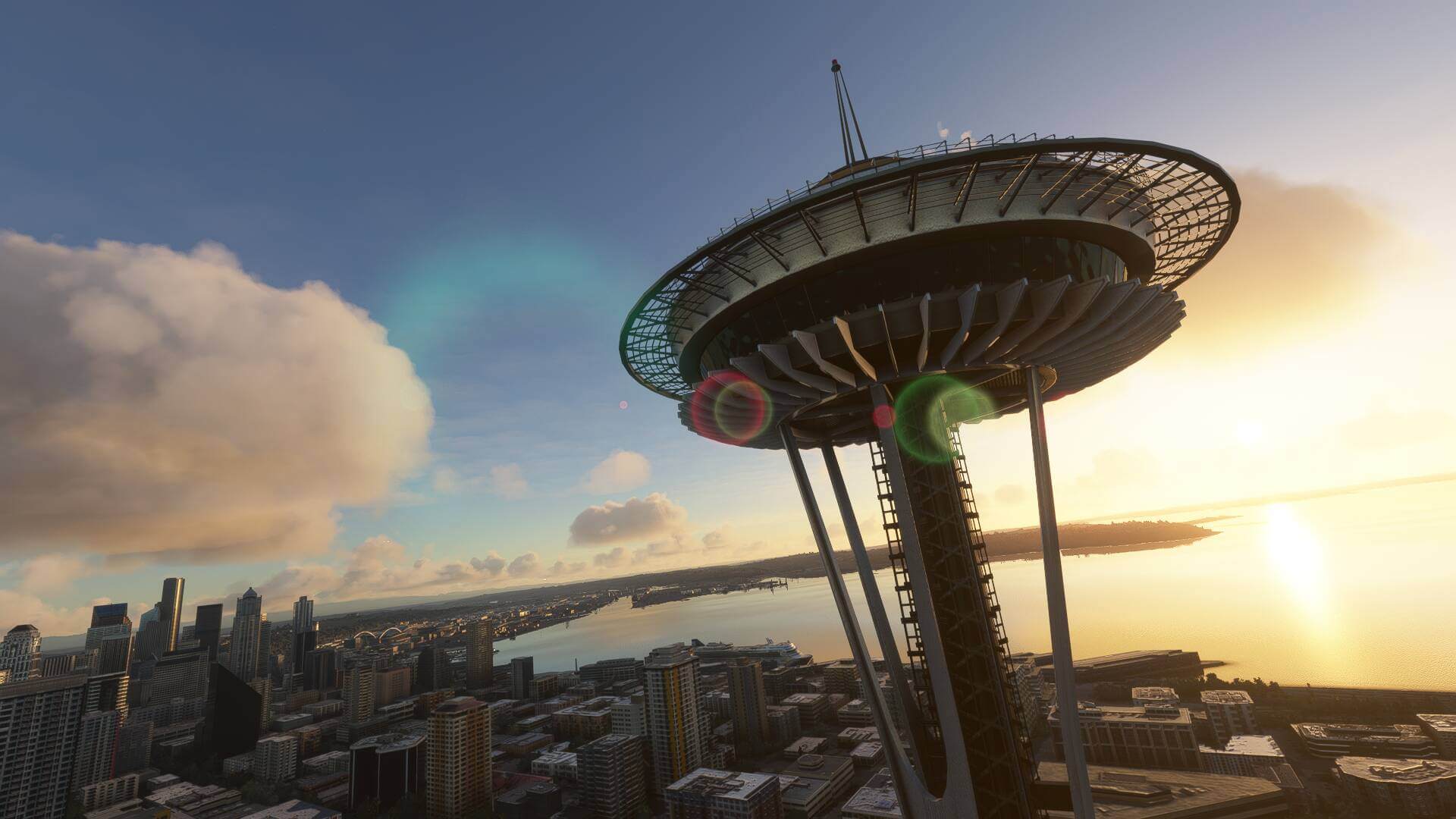 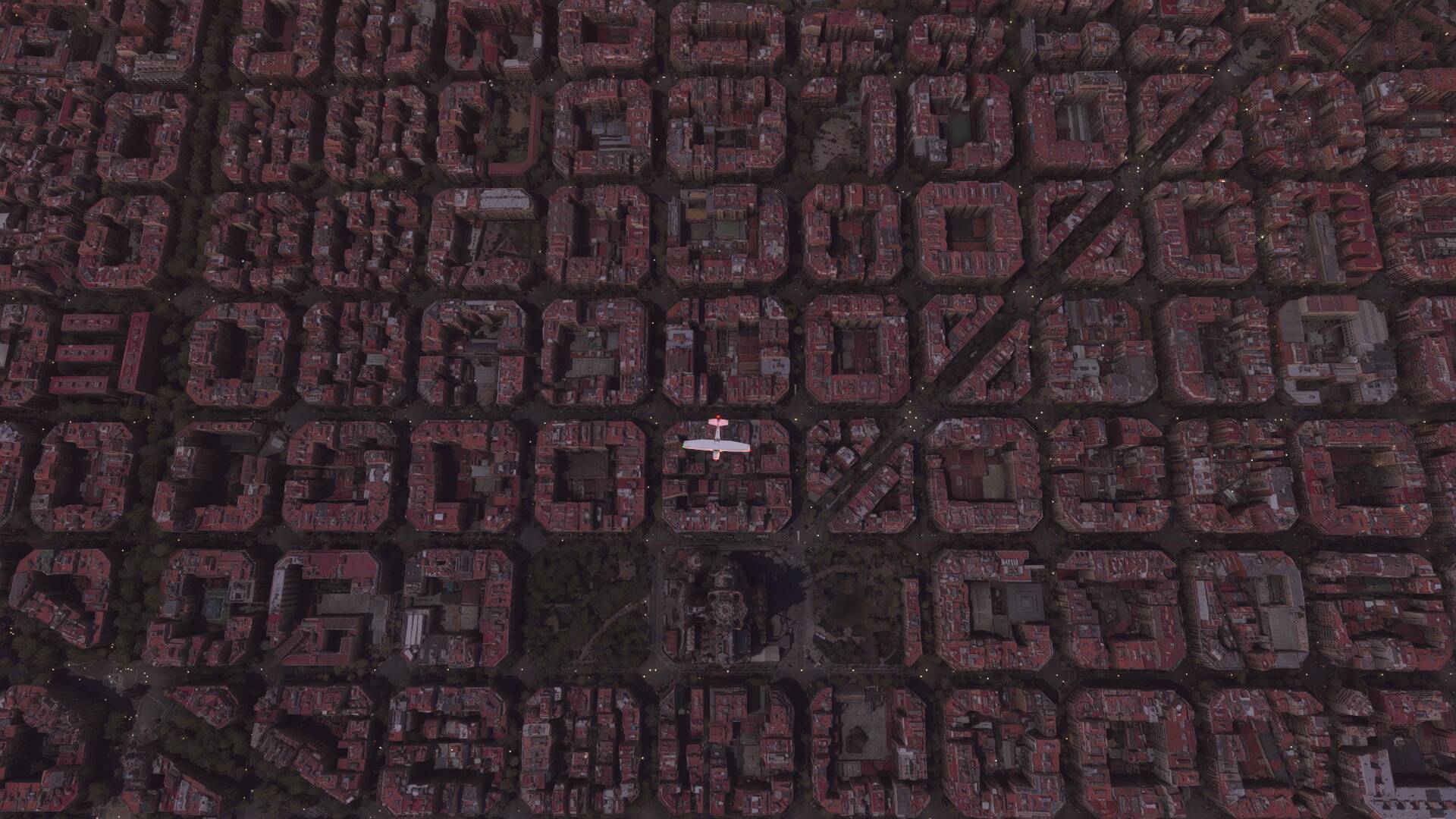