Carenado Piper Arrow for MSFS to be released imminently

I was talking about this one: 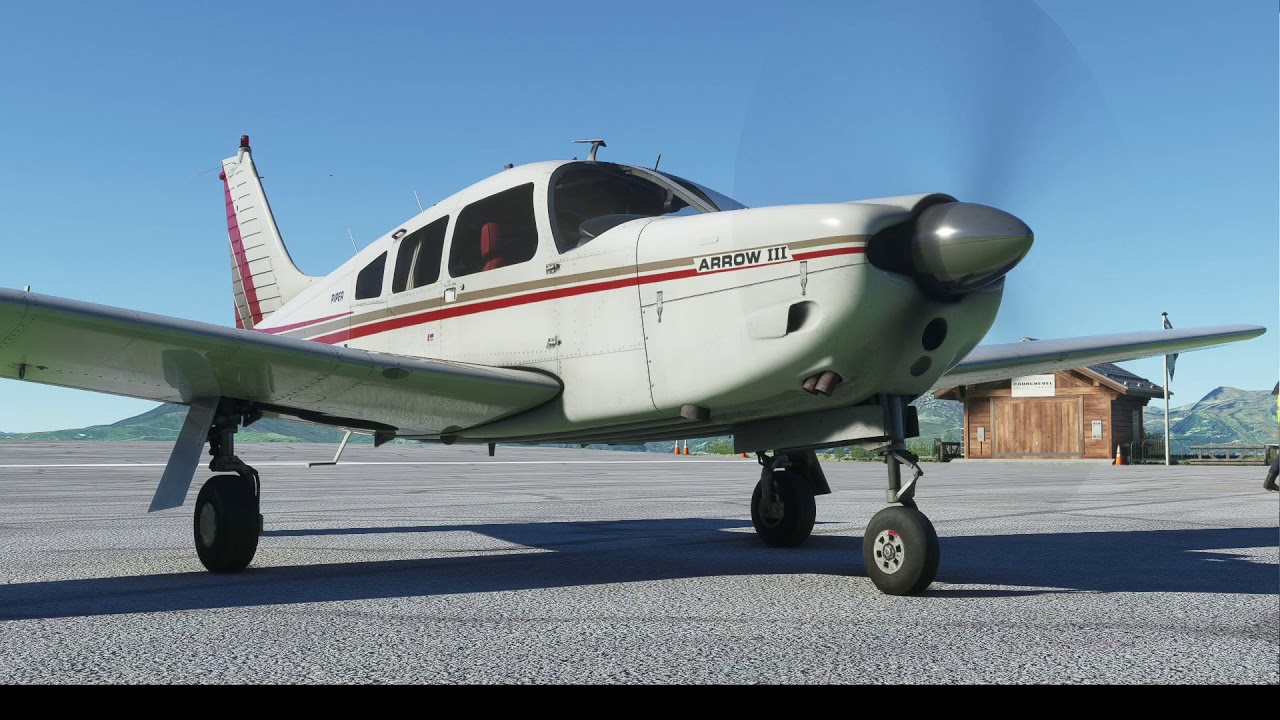 In the previews at least, the standard arrow seems to get a Garmin and has slightly more wear and tear but otherwise similar. though that may change on release. I like the old school radio stack on the turbo version.

Yeah. I want that Garmin.

Oh yay, yet another 120kt GA aircraft… I’ll hold out for the JF version, it was great in XP plus a turbo version.

The planes I have flown in the past, or am likely to fly IRL even now, generally do not have a Garmin so I prefer what I am used to

There are less Garmins about then the sim would have you believe, at least in the Aussie Bush.

Also the in game Garmin’s are a bit broken anyway (though there are mods) and do not work well in VR .

I don’t use VR. What I DO like though are the old school 2-axis autopilots that A2A has in their Cherokee and Comanche. Even with my GTN750, I have to babysit that AP cause it won’t trim the AC for you - it just instructs you to trim up or down. That’s a bit more fun!

I also prefer that 1970s vibe, and that red cloth interior. So cool. After some more research I realized that the JF Arrow III is original arrow production and Carenado’s is just called Arrow (without I, II, III) because it was after Piper went bankrupt and the company was resurrected in the 1990s and started producing New Piper Arrow in 2006. That is the model they simulate. In terms of performance, it is the same 200hp engine, but the cruise speed in almost 10kn lower in New Arrow than in the old one (I am guessing, extra weight?).

Even with my GTN750, I have to babysit that AP cause it won’t trim the AC for you - it just instructs you to trim up or down.

Sounds like there is a flight director without autopilot functionality

The flight director works out what the aircraft needs to do and tells the AP and real pilot about it. The AP is the bit that mechanically flies the plane.

Though often the term “autopilot” is used for the combination of both.

JF Arrow III will also have an option with/without GNS530. Carenado’s is only with double GNS430.
Good point with the autopilot. I assume that both will have modern one with auto-trim.

No, no. The autopilot keeps flying your GPS course and everything. It also keeps your altitude, but it just won’t trim it. It can basically make MINOR adjustments but you have to trim for it. Also, the GPS course can’t have any sharp-ish turns as it’s only able to bank a very limited number of degrees. I will look up the autopilot device number for you. It’s wicked cool.

Just Flight also have their Turbo Arrow close to go as well.

We are going to have an abundance of choices soon.

You just made my day. Any idea which Turbo Arrow it is? III or IV? I did my commercial and CFI in a Turbo Arrow IV. I love those airplanes.

Indded both as Severeeno says:

I do find it a little strange that they are planning to sell the regular and Turbo models as separate aircraft… But I am likely to get both of them.

If you want both and do not want to pay full price, there will be a package with all three once the turbo arrows are released. If you are patient enough

. I am guessing up to a few weeks.

Hmmm… I am not the patient type… so a few bucks discount may not matter.

Not to hijack, but I see the obvious comparisons being made.

I own every Carenado plane so far, and have spent a few hours with JustFlight’s Piper. Carenado will have the upper hand in this 1v1 when it comes to texture quality, but JustFlight will take it home if you’re looking for uniqueness and character.

Subjective tastes will probably win out here, buy em both

30 Minutes With The Piper PA-28R III from JustFlight Aircraft

I just did a 30 minute early access preview of the PA-28R Arrow III from JustFlight. Preview starts at 11:00 in the Twitch clip below. Please note this is only a preview build - custom sounds and some FDE tweaks are still being work on currently, but I am very excited for the final release as I already really enjoy the plane.

I MAY actually get both, because as pointed out above, they are two different eras of the aircraft… Being a completist, I am tempted to just get both.

We may have two piper arrow, one T-45, one CRJ in the coming week, that’s a lot of money to spend