Change appearance of stars and planets, especially needed at dawn/dusk time of day

Especially when there is a colorful dawn/dusk sky which is always I believe, I find stars & planets look too big, too fuzzy looking, don’t twinkle, and look to me like they are painted on the colored sky, versus exist behind the atmosphere, as in light years away. The dawn/dusk appearance of stars looks just flat out fake and don’t match the rest of the quality of sky and scenery in MSFS. A quick look at P3D’s which are smaller, sharper, and though they too are too bright at dawn/dusk also look far better and more realistic to me.

The “starry night” is incredibly fake, and the resolution is just terrible, if you compare the sharp and awesome plane textures vs the sky textures. 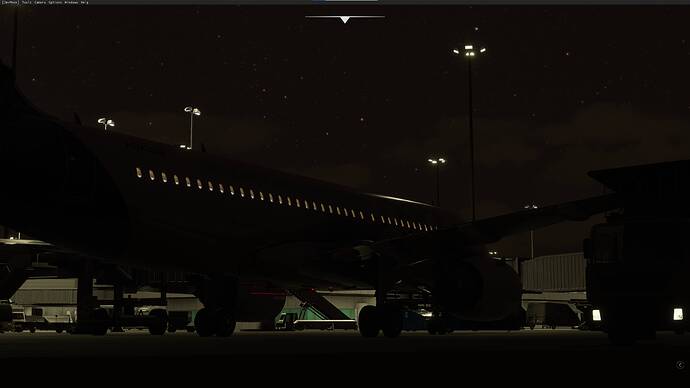 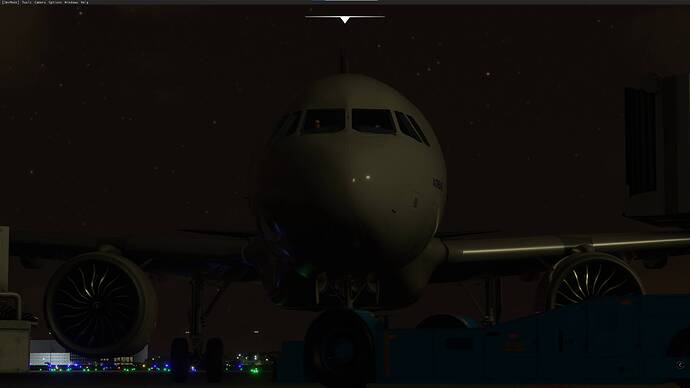 Note: No, we are not having such a starry night today in Amsterdam.

I just learned this. If you’re using the drone camera to take these shots, the “Depth of Field” configuration setting will affect the blurriness of the background. See the discussion here.

Thanks a lot :), I took this pics using the external camera. However I noticed this while in the cockpit, I was reluctant to believe that it was a MSFS issue, so I checked that my graphics settings were set to ultra, which was the case, but I confirmed that this is a MSFS thing. Calling it an issue is a bit subjective.

It’s a pity that with such awesome graphics, the starry night is depicted like this. In fact, even if you see a starry night like that, you will hardly find it on earth…

If you’re referring to the amount of stars visible, then yes I agree they are “too visible”. However, as a keen astronomer I am impressed with the accuracy of the night sky. Even the planets are correctly placed, too. The only times I’ve seen a real sky full of stars like this is in Montana, Utah, and Arizona.

They could totally improve the sky sphere texture resolution, but it’s already a very large HDR image. Covering the whole sky causes the texture to get stretched, and you have to increase the resolution massively at the cost of memory and performance to diminish this effect. I think it looks great if you’re not zoomed in or using a narrow FOV, but it’s probably more apparent on higher resolution screens.

They need to use a “wallpaper”. The sky sphere texture includes a lot of detail like the Milky Way. Using pixel points for stars instead of an image is going to look even more fake and regressive. If you change exposure on the drone camera you can see the milky way really come out, and it looks awesome.

I think the main issue here is with the sky’s visibility conditions. You’re seeing too many stars over urban areas because the air is too clear, not because the stars are too bright. They haven’t properly implemented visibility conditions based on humidity, and the aerosol density setting isn’t being used in live weather. If you crank that setting up, those stars will wink out and you’ll get that familiar orange sky glow over cities instead. 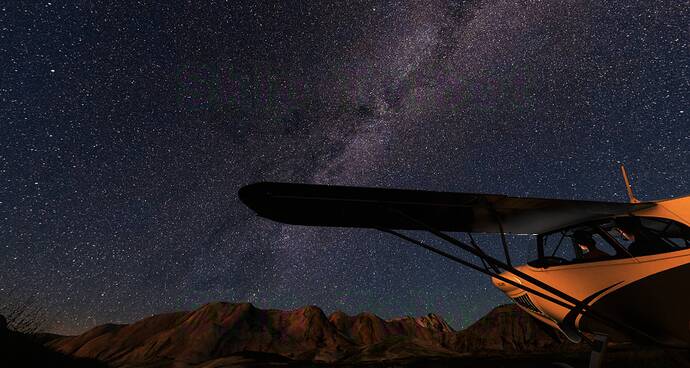 Hi there,
The night sky in MSFS has received some appreciating attention. However, the stars do not only seem static (no flickering), they also appear unrealistically bright. In fact, I cannot recognize a single constellation because there are so many stars in MSFS that cannot be seen in reality. I read that this impression might be due to some overexposure settings in the Nvidia card driver. Does anyone know if that can be changed?

I’ve spotted Orion and the Big Dipper several times, but they’re the only ones I really know. From what I’ve seen, the stars look like they would look if you were laying on a field in the middle of nowhere with no lights around. It’s next to impossible to see the night sky when you live in a city with all the lights around. Get out to where it’s really dark, let your eyes adjust, and you’ll be amazed at what you can actually see.

Well, MSFS is a flight simulation. I wish the stars looked like seen from a flight deck, not from a field in the middle of nowhere. That’s my point.

All we need now is an add on hardware sextant, (USB of course) maybe poked through a hole in the roof, for star shots and maybe a dedicated navigator, though a real, versus simulated one, that could hopefully bring beer, tea and biscuits occcasionally along with happy tales of the outside World.

Seriously, planetarium programs do often have a slider for magnitude, which could maybe offer some enterprising soul scope for a mod or two.

I do believe that there was once a payware Boeing 314 Clipper that had a sextant as one of it’s pop-ups. I never tried it, since I had Mike Stone’s clipper model paired with Ken Mitchell’s panel.

The skybox seems to be rather low quality at night, you can notice the noisy texture compression and just looks a bit odd. I would like to see something similar to the FSX mod AutoStarX implemented, which actually simulated stars visible to the naked eye using scientific data. I can’t find any good screenshots but I remember it being very crisp in-game.

Apologies if there is already a thread for this, I did search it and found nothing under skybox and of course searching stars came up with discussions around arrival procedures lol. Would also like to see auroras & St Elmo’s fire but I’ll make another thread for those if there isn’t one already.

I’m sure you have tons of flight hours on the flight deck to show us some pictures of how the sim sky should look at night then.

That’s pretty much impossible to achieve. Not only from a technical point of view (how are you going to get a long exposure photo on a moving plane?), but also from a practical point of view (photos of the night sky don’t look like what you might see with the ■■■■■ eye).

I just want the planes to work properly… I’ll worry about stars later when I have nothing else to complain about!

Who needs GNSS when you have stars anyway tho?

Just ask the Polynesians. But yes I agree, this is probably further down the priority list.

and I want shooting stars!

I’m sure you have tons of flight hours on the flight deck to show us some pictures of how the sim sky should look at night then.

That’s pretty much impossible to achieve. Not only from a technical point of view (how are you going to get a long exposure photo on a moving plane?), but also from a practical point of view (photos of the night sky don’t look like what you might see with the ■■■■■ eye).

I could not agree more. When conditions are very clear in the real world with low aerosol counts stars should be twinkling, and much more pinpoint. To me the stars and planets look like a projected image with a somewhat low resolution projector on to the underside of a dome. Whereas even in P3D the stars seemed deep, as if coming from behind the foreground atmosphere just like real world stars do. I think there is room for improvement here.