To get the current version: GitHub - Working-Title-MSFS-Mods/fspackages: Working Title FS Packages
Scroll all the down to the bottom.

I am happy to finally announce that we have released a BETA version of the Working Title CJ4 mod (v0.2.0). We want to emphasize BETA! You will find release notes with a changelog, as well as an overview document, included in the release on Github. Thanks to everyone for your patience.

Let me say a huge thanks to everyone that has joined the Working Title team, and also to everyone that has generously contributed content that we’ve included. Our hope is for this to be THE CJ4 mod and we hope that others working on the CJ4 will help out by contributing to our Github repository. And don’t forget to check out the other projects – the G1000 is coming along really well with exciting new features coming soon!

We’ve done a lot of work on the CJ4, but there’s still so much more to do, so please keep that in mind as you explore the new features and capabilities. The change log includes a list of known issues – we’re sure there are more, so please log any issues you encounter in Github under “Issues” and please make sure to tag them as CJ4 so we can filter them separate from our other mods.

This update focuses on the FMC, as well as fixing a few of the more obvious issues with the PFD and MFD. There are also a few quality of life enhancements – you can see the full list below.

I have prepared a video for demoing the features of this release: 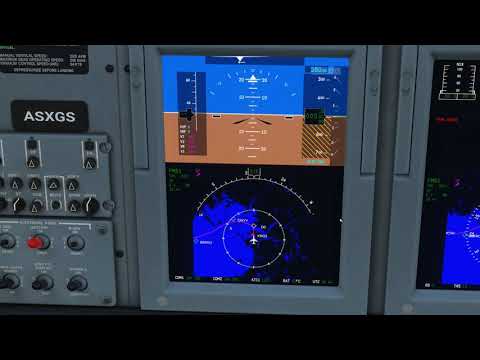 In addition, you will find a few pictures of features included below the change log. Here is a full photo gallery: Working Title CJ4 Mod for MSFS - FMS Pages - Album on Imgur

The install instructions are simple: download the zip file and drag the workingtitle-aircraft-cj4 folder into your community folder. MAKE SURE YOU HAVE REMOVED ALL PRIOR CJ4 MODS FIRST.

Scroll to the bottom of the page to see the Assets, which include a zip titled ‘workingtitle-aircraft-cj4-v0.2.0.zip’ - that’s the mod.

Here is the changelog:

Installation is easy, simply copy the workingtitle-aircraft-cj4 folder inside the zip file to your MSFS Community folder. 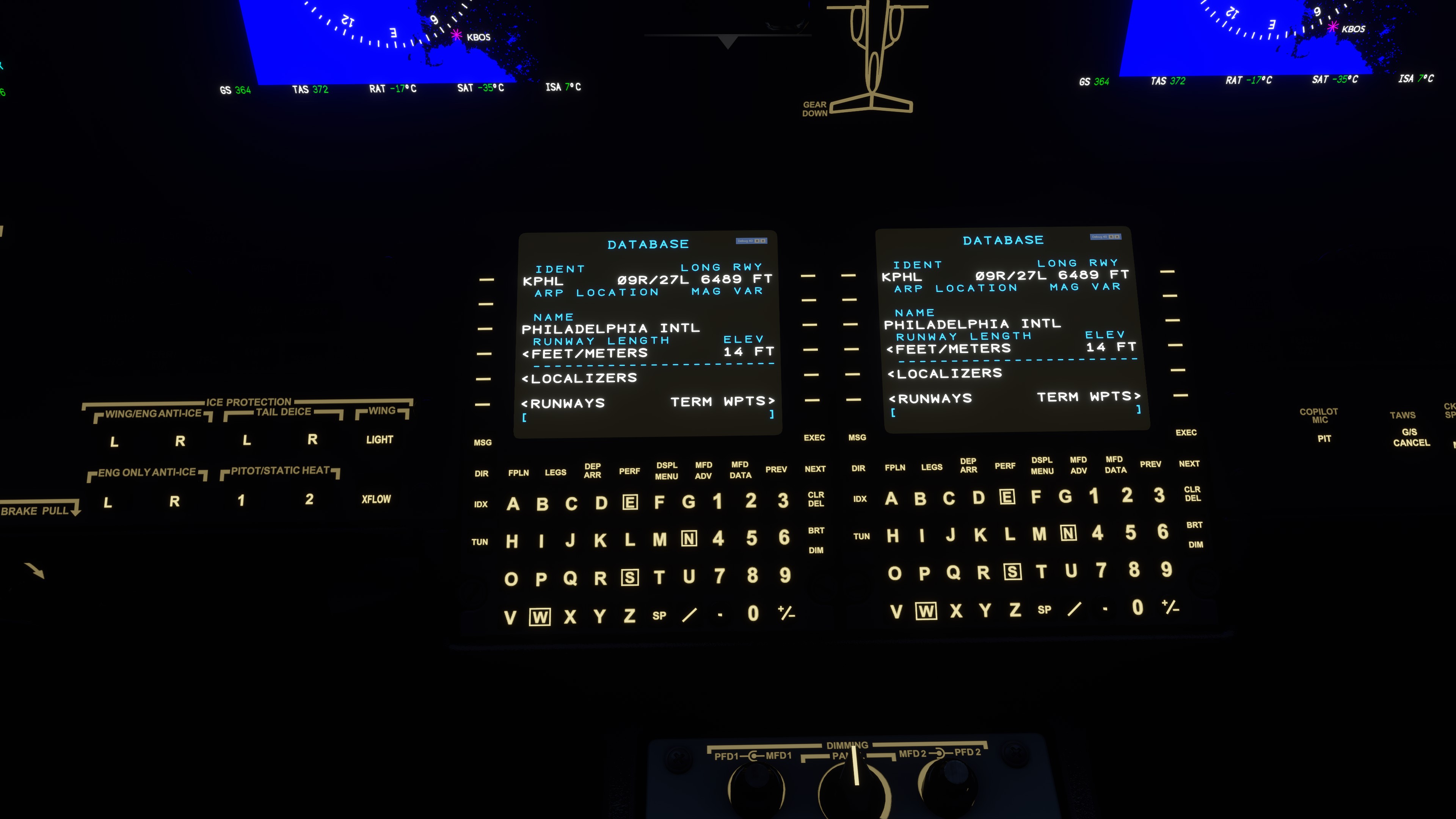 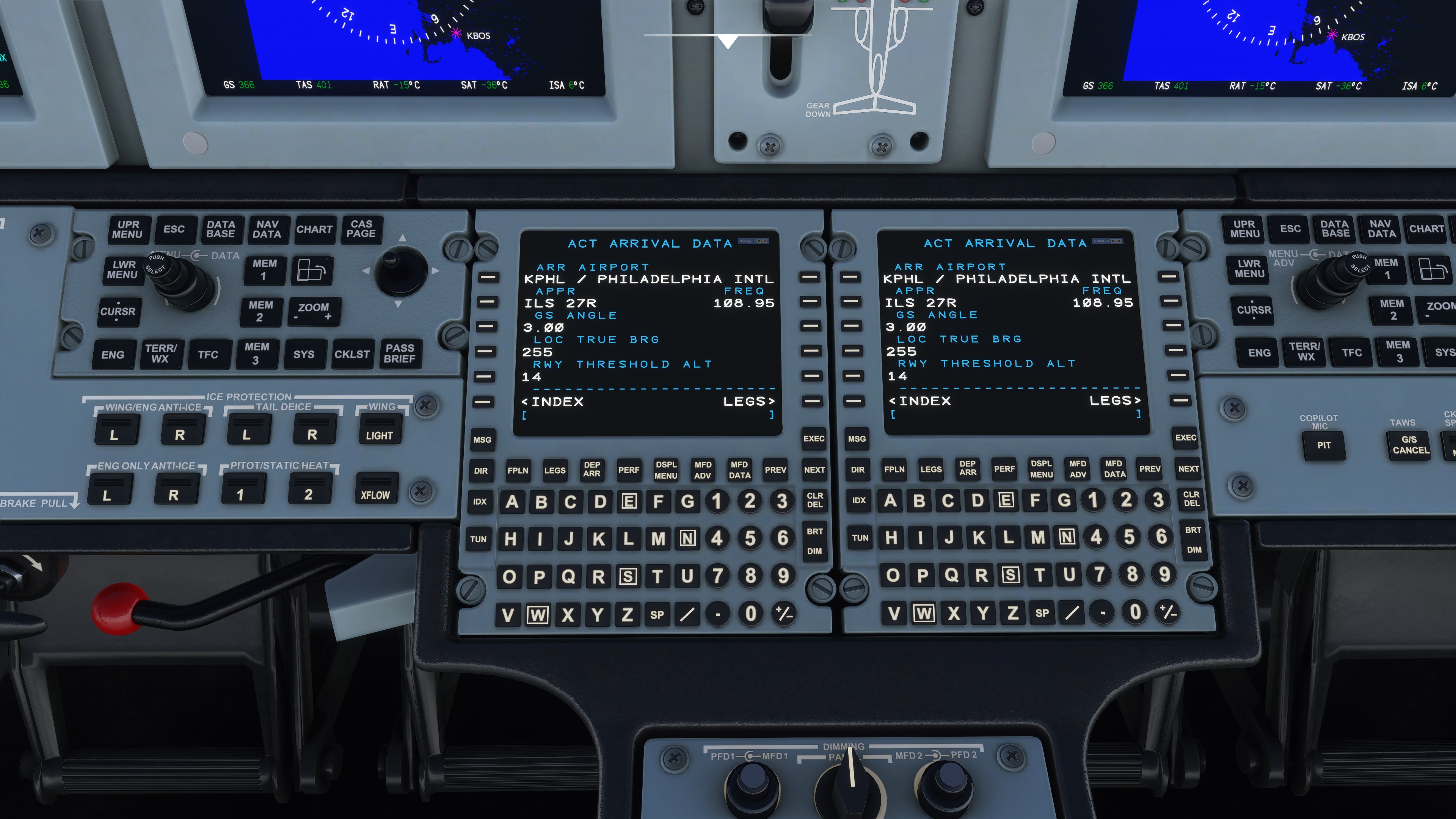 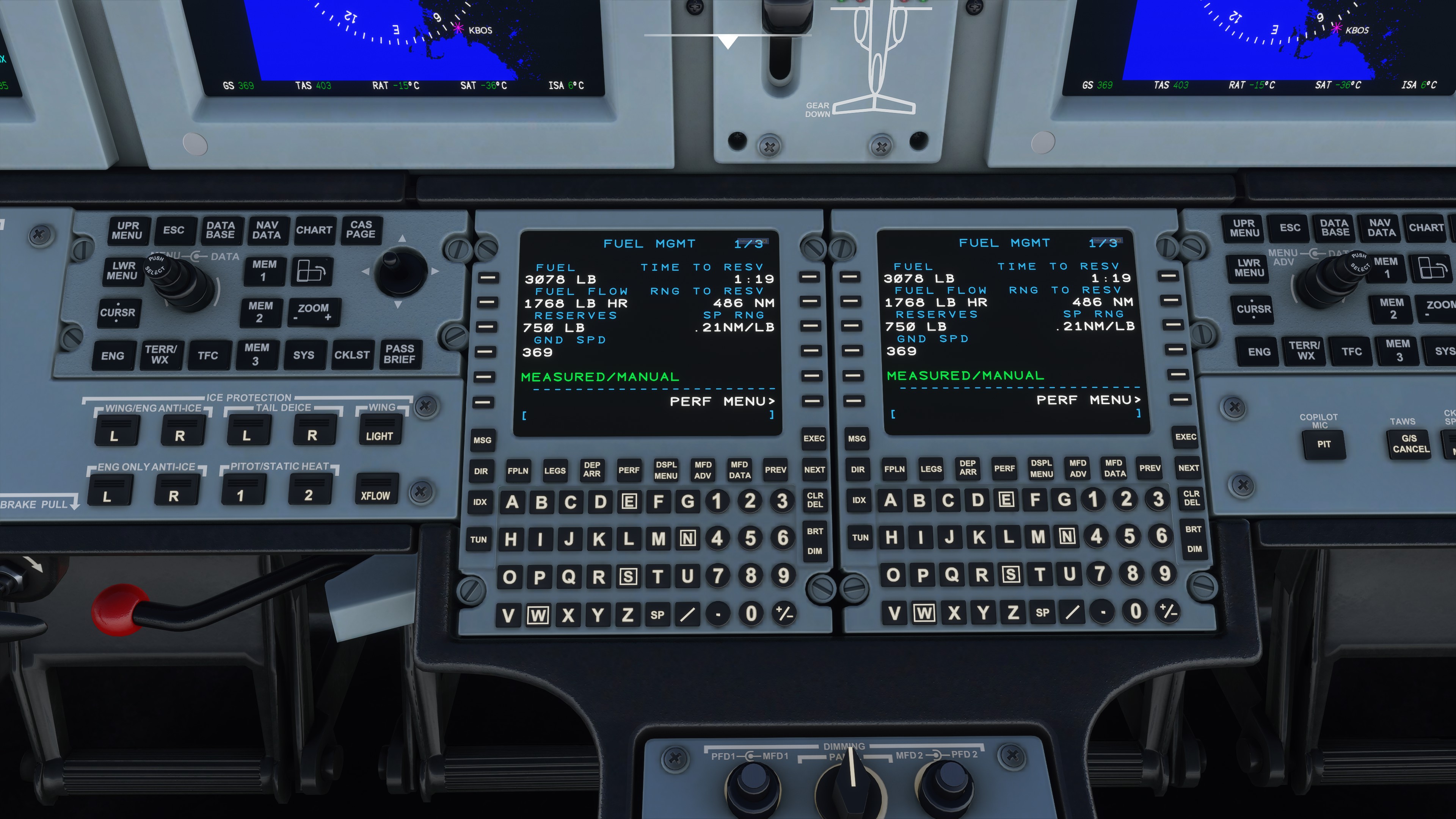 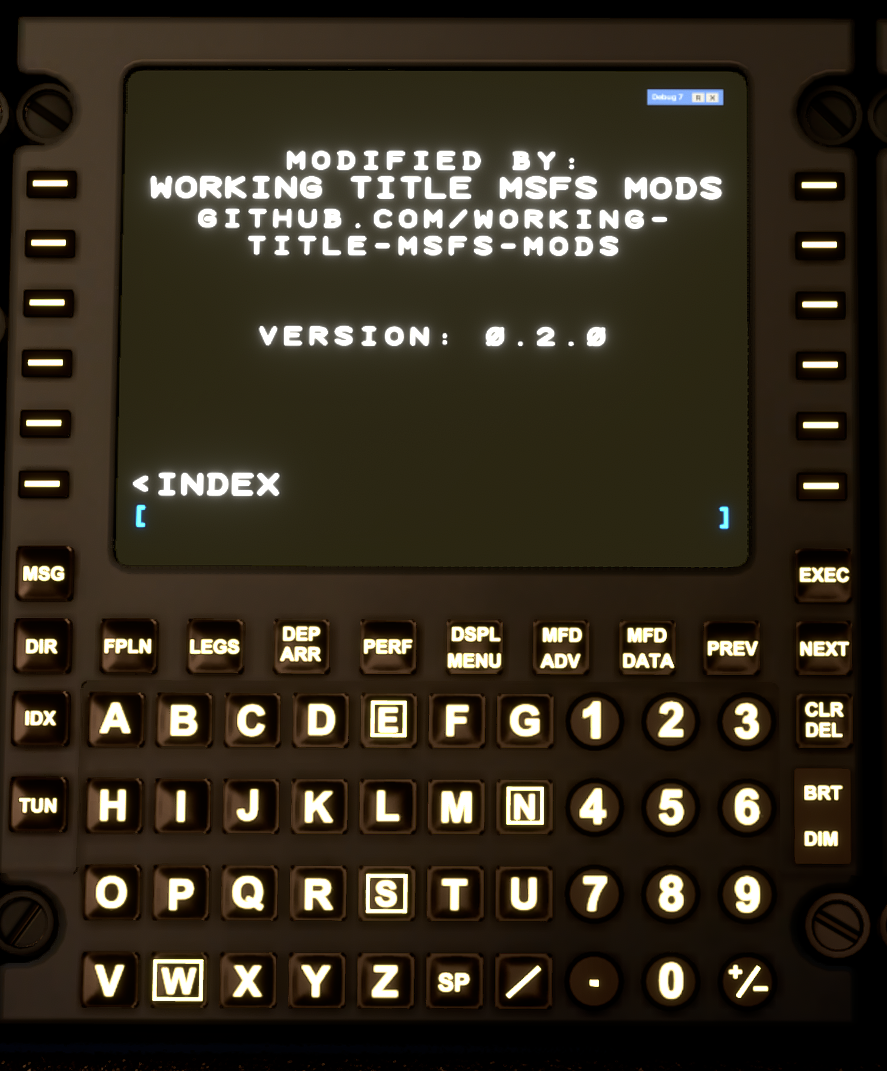 A big thank you to all involved

Is there a Discord server for this project?

yeah a discord link would be great just like the other mods of aircrafts have.
makes it easier for me to follow the development and when new releases are up

I understand the involvement, however, we also don’t want to become inundated with new people and project management would get out of hand.

@K20017, This is night and day, a world of difference better than the base version. Thank you for all the efforts that have gone into it. The layout and look is nearly identical to the real FMS. Implementing proper EXEC/CANCEL MOD was crucial, as was the improvements to the legs page. Glad to see you fixed that.

Just tried it out for the first time and figured I would write down some initial thoughts. These aren’t complaints, because this is an incredible improvement. But since it is a work in progress, here is what came to mind the first time I used it:

Scratchpad: Should be able to copy a waypoint down into the scratchpad. Currently only works 1 way (moving it up)

Status page: Looked odd to just see “WORLD” for the database. Maybe J8-WORLD or J42-WORLD to match a plane with a Jepp Nav database (guessing that is 99% of the CJ4 aircraft out there)

POS INIT page 2/2 could stand to be updated, but this is also not that important.

FPLN page 1, regarding the <COPY ACTIVE line select key, are you sure that is present? Could be dependent on FMS software, but I was thinking this was removed.

PERF INIT: No way to manually input fuel. If you enter a value, it should take that number and change from “SENSED FUEL” to “CALC FUEL” (I believe CALC FUEL is the wording)

PERF INIT: Changing values should prompt an EXEC / CANCEL MOD option.
Was unable to send the V-speeds. The speeds on the PFD all remained at -1 (in magenta)

MFD ADV: Page is modeled, but doesn’t appear to be working. (MFD does advance however when scrolling through legs pages, which is incorrect) I see this is noted as work in progress

Tuning page looks a million times better. Was not able to load swap active / standby frequencies however.
Also, would be nice if it would accept frequencies without the decimal point, like the real plane. (i.e. 1219 and 121.9)

VNAV altitudes and speeds in the legs page will be nice (I know VNAV is incomplete in the sim).

Any way to make it so the right FMS doesn’t mirror the left one, page for page? Guessing this is outside the scope of this project.

Again, those are all very minor and just some initial observations. Am very impressed with the improvements you all have made. Thanks for the work put into this!

Can’t wait to try this out. I’m trying to learn the FMC. I understand you need to put the speeds in there per leg? How do you get the aircraft to auto fly a specific speed?

No Autothrottle on the CJ. Any speeds in the FMS are only for reference.

In the real airplane you can sync FLC to the climb or descent speed profiles in the FMS using VNAV (depicted as VFLC). But even then it doesn’t adjust throttle. Only changes pitch to try to maintain a speed.

There is a guide to programming the FMS linked below. (But it was written prior to all these improvements)

Thanks so much for the kind words! We definitely put a lot of work into it. I personally put some time into the design of the font, so I love hearing that the look and feel is close. A couple things layout-wise we’re fighting against the Asobo code but we will be improving all those aspects over time.

That’s a great list of suggestions, much appreciated. @K20017 addressed them already, but just wanted to thank you for taking the time to point them out.

As he alluded to, a big struggle is working with the in sim flightplan management system, which at this time is extraordinarily brittle and breaks in goofy ways with even simple flight plan changes. One of the goals is for us to reduce or remove our dependence on it entirely, and only sync as little as is required to maintain coherence with the sim ATC.

The -1 v speeds definitely appears to be an issue with what actually is implemented so far. If you can, please file an issue for that on our GitHub, which is linked in the original post.

Thanks again and we’ll see you in the air!

Thanks @Bishop398! Will see if I can duplicate it tomorrow and file a report on Github.

Not at all, I have no skills to offer. I was interested in a Discord to be able to follow progress.

For now your best bet would be to Star/Watch the GitHub repo. The team will figure out “public relations” later, I guess ^^

MAKE SURE YOU HAVE REMOVED ALL PRIOR CJ4 MODS FIRST

Just for clarification here. I applied some of the available tweaks to the CJ4 in the original asobo-aircraft-cj4 folder (less fuel consumption) and in the asobo-vcockpits-instruments-cj4 folder. Do I need to get rid of these and, if yes, how? The game doesn´t seem to simply reinstall the original data if you delete the folders.

In this case, any files included in our mod will overwrite those in the official folder. Any that we don’t include will remain as you modified them.