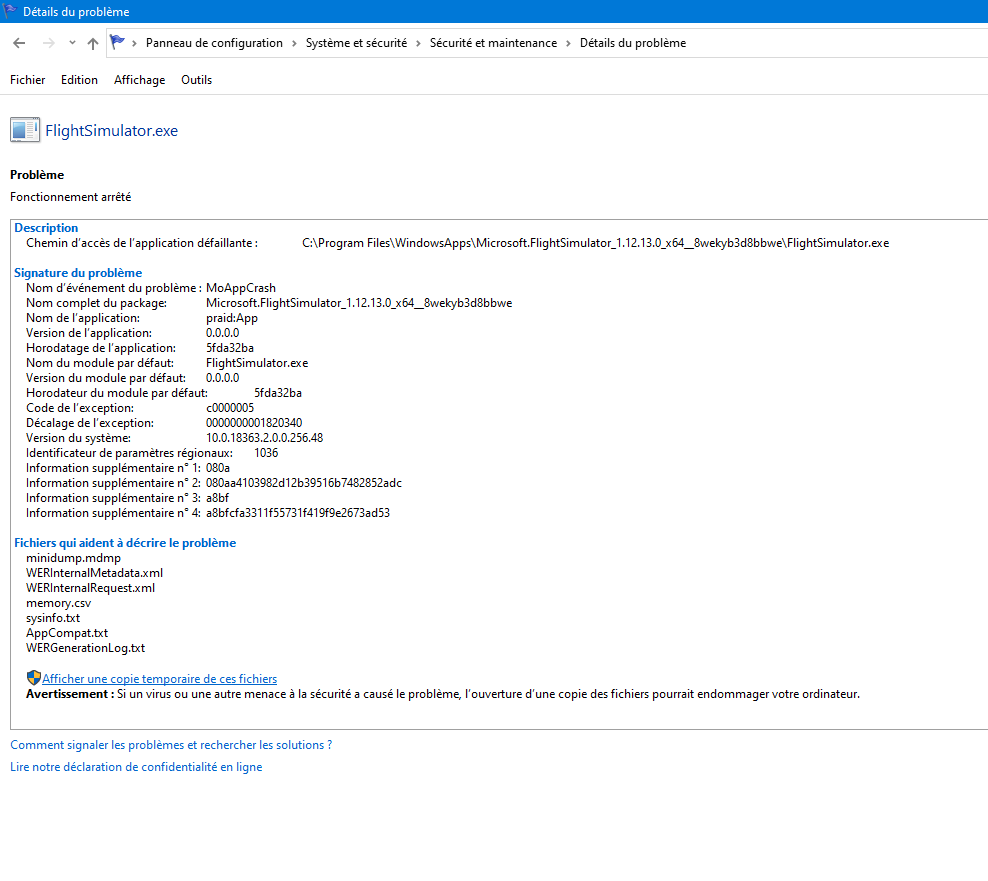 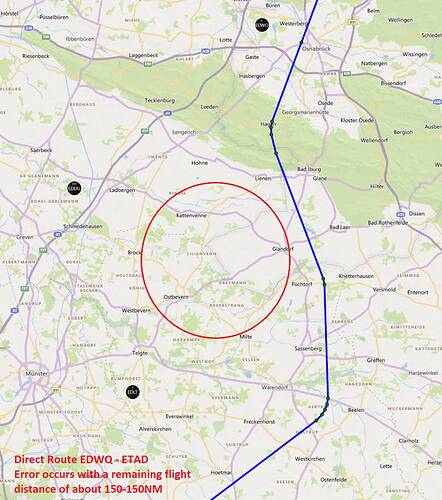 Hello, I hope it helps those who have problems with profiles when connecting a USB.
1-Disconnect the Internet.
2-Delete everything that this route contains.
C: \ Users \ User \ AppData \ Local \ Packages \ Microsoft.FlightSimulator_8wekyb3d8bbwe \ SystemAppData \ wgs \ xxxxxxxxxxx …
3-Connect your devices to USB.
4-Start simulator (it will ask us that we are without internet so we are going to configure everything again and with the options of without internet.
5-Check in controls that the devices have been detected and check in the route that we have already created the correct profiles.

A little update - i found a “fix” to this. When i wipe my local settings and the game tries to do a sync on the launch - i cancel the sync and force the game to start from a scratch. All works well. Once i do a sync i get ctd again. So looks like a corrupted settings file in the cloud. Any way to wipe my data in the cloud?

W10 had the 2021-1 .NET core 3.1.11 update waiting for me. After installing that it seems (fingers crossed) the CTD has ceased. Makes sense since .NET was CTD at the same time flightsimulator.exe was crashing.

Ok, went through all of it now, no success so far…

To my knowledge it is not part of a “normal” Windows update, in that it will not automatically install as part of a routine update for Win10.

You can download the latest .NET version from MS here…

I also got it running again just now. I took a different approach though:

-Deleted c:\Users(user)\appdata\local\packages\Microsoft.FlightSimulator_8wekyb3d8bbwe\systemappdata\wgs everything in that folder.
-disconnected internet
-started the sim
-several 'your’re offline blabla messages will appear, until you end at an XBOX popup giving you the options to abort or retry connection
-reconnected the internet
-selected reconnect
-update starts
Now it gets a bit confusing, I don’t know if it worked because of it or despite…:
-I chose a different folder that what I used before, full 100+GB download started
-I aborted by closing the window
-restarted the sim
-now I was asked if I’d like to keep the cloud or local profile
-choose local
-update process starts again
-now chose the already existing folder
-nothing downloaded, sim starts ans is fine again

So clearly something messed up the cloud profile or the syncing with it. The workaround is absolutely insane for the common user, there just should be an option to delete the cloud data, once it gets corrupted.

It looks like it should have updated as a part of Patch Tuesdays but for some reason on my machine, it was stuck. Once I did a manual update it updated just fine.

Hi @Seven7Tango , @KenG1175 ,
thanks for answer… I only wondered me bit about these .NET update, therfore the question. I think also it is not part of “normal” windows update and thus most users not get it ( and possible not necessary for most users ). Also wondered me bit about the “version number 3.1…”. And as per description it seems a security update related to this .NET core lib.

This does not exist for me under steam install. When i hit the windows settings and choose apps. I can see microsoft flight simulator, but it will only let me uninstall, there are no other options.

also i only seem to crash about an hour into a flight, when it closes down silently to desktop. I am running a i9 9900 KF. 32gb ram and a founders edition rtx 3080. There is no way on this earth should msfs be closing down or crashing to desktop. there is no logs of these crashes either. i watched a vid on youtube where someone tried to fix these crashes for other people with this problem. This problem seems to be quite deep rooted and i am more than surprised this never got flagged during the beta process, because this affects a heck of a lot of people. The first patch didnt deal with the crashing and the second patch has done nothing either to fix the issue.
I would also like to point out, there also seems to be wild speculation that msfs seems to only run properly under 1909 build of windows, where the 2004 breaks it again and this latest window build doesnt actually cause any issues or i should say add to the crashing to the desktop issues.
The most difficult thing in all of this, is the lack of crash logs. it just silently closes down to the desktop.

I also cannot understand why I have no ability to reset flight sim through the windows apps, basically the only choice i have is to uninstall.
More over i have a very slow 46mbps fibre internet connection, which means if i have to redownload and reinstall this monster sized sim, it will take me more than 12 hours to do so, and thats if there are no problems with slow downs from the microsoft servers. To be honest, redownloading for me is not an option, with my speed line.

what can i do to stop these insuferable silent crashes to desktop? I havent tried changing to 30fps. I have done the change in the nvidia control panel for msfs, and i am going to try it in the sim itself. other than that i am completely lost on what i am supposed to do… it feels like i wasted on a dead rubber duck if i cant use it!

I have been doing long flights on the stock 747-8 lately and even got a solid 14 hr flight in without issues. My Nvidia 1660 Super seemed to be running dependably but there have been a few attempts doing long haul, that have had this issue of CTD, out of nowhere.

I updated Windows to latest, cleared out the mod folder, and manually increased my virtual memory in WIN 10, did the NET update above and have MSI Afterburner set with full power scale, and the average overclock settings most are using.

I’m happy to report that I have just completed KJFK-EGLL w/ live weather, w/live traffic, RollingCache OFF, and EGLL in manual cache. These two airports are scenery heavy as well, and the entire flight was completed without issues. I was surfing the web, watching Youtube, using Navigraph, Adobe reader open and switching views in game frequently.

I will start adding mods and doing long flights and keep an eye on it. There is nothing else to be done. We are at the performance wall already with this title, and it seems that a lot of things must work in harmony, windows, this title, and gpu drivers - all at once.

I’m no expert, and not sure of any of the recommendations improved things, since I did complete a 14 hour non-stop using a community livery, with a few other community mods in the folder just fine. The title is just unstable with all that is going on in the background. I hate the feeling that my flight sits like a deck of cards, and one movement of the mouse could or breath of air would cause a CTD…but I’m afraid that’s how things are for the time being.