Hello @Batterby76,
Yes, we’ve been allowing that. The guideline is for developers using the forum as a support channel. This guideline has been in place almost 2 years.

Thank for your clarification much appreciated

(owners of F-14/F-15/F-16) I strongly suggest conducting a test yourself, to make sure what happened to me didn’t/isn’t happening to you.

It is 100% possible to get some of the updates but not all. I have provided video showcasing how the HUD reading can reflect the updated one, but the flight model is still the old way.

The flight model was upgraded on all three, but imo the F-15 flight model had the biggest boost so if it seems other jets of the same kind are surpassing you, you might want to look into this.

In the above video, as I have been claiming for a month, the HUD can sometimes seem accurate but the flight model was not. You can clearly see in this video, same parameters, but this time mach 1 was reached significantly faster.

Again, it’s possible to have the updates, and out of nowhere without any new installs, it can resort back to old HUD and/or old performance. I am crossing my fingers a fresh install can keep these updates.

When you say adding same fuel in both aircraft are you adding same percentage or same weight?
10% f14 is not the same weight as 10% f15 as tank sizes are entirely different, hence f14 rarely flying without external tanks.
Asobo have recently changed the fueling system so this maybe a bi product of that

Since this is the F-15 thread, perhaps this video explains it more.

It’s possible that someone can appear to have the updated aircraft, but the flight model can be the older/slower one.

The F-15 takeoff test I did yesterday, showed the updated HUD. I claimed it didn’t have the same performance despite having the updated/correct HUD. That claim has been proven correct. Proven correct on all three F-14, F-15, and F-16.

For example today’s F-15 test after a complete re-install showed the updated HUD but also the updated performance.

I count 11 seconds reaching Mach 1 faster than the one from yesterday. I know you call that nitpicking, but I am sure others would agree that updated versions are all considerably faster/better and that’s all I’m trying to do, is have the same fast aircraft I assume others have.

After a complete re-installation, the first aircraft I tested was the F-15, as the other two were not purchased from marketplace, so with only having the default aircraft and marketplace payware aircraft, I tested the F-15 after the re-install and both HUD and performance were working.

Once that worked, I moved onto the F-14. The F-14 is from JustFlight and their installer. I closed the game out, loaded up the F-14 JF installer, and got a weird message saying the F-14 is already installed. When I saw that message, I double checked my folders and did not see the F-14. I proceeded with installing the F-14, and once installed and the sim was loaded up, the first airport I was at, the F-14 I had just downloaded after a complete install, was showing the older HUD. However it did have the updated performance.

So after a clean install, the F-15 did not give me issues, but the F-14 did. I did not hop back into the F-15 after the F-14 issues as of yet. I wanted to report my findings so this issue can be determined if it’s a me/my pc issue, if it’s a Just Flight installer issue, or if it’s a conflict of coding issue.

Im not worried about your HUD.
Im more interested in the performance.
Ok here is my reason.
I updated another product by another 3pd, on other occasions this has caused conflict between various pre settings.
Since said update i have also noticed some odd behaviour, firstly being i am on xbox, i download from MSFS marketplace, today my f15 downloaded the file but titled justflight, not marketplace as on previous occasions.
Secondly since updating and downloading i have noticed that the F15 no longer accelerates at a pitch of over 45degrees nose high and also decelerates during a dive of under 30degrees nose down even with the throttle open at 64% across both engines.
At altitude above 45kft it does not accelerate above 720kts IAS not TAS in cold conditions i.e from PAED in overcast conditions (air is cold enough for condensing of clouds).
The reason im testing this is said 3pd has recently updated how their UNKNOWN performance envelope works. This seems to have an affect on the DC/SC range of Fteen products.
Im not overly worried as DC has already stated there will be updates once any SU10 bugs have been ironed out.
I hope this makes sense, its nearly midnight here and last thing i need is a standard great wall of txt to grind through first thing in the morning.

Strange no? Not a DC/SC issue its an Asobo/MS issue

i have also noticed some odd behaviour, firstly being i am on xbox, i download from MSFS marketplace, today my f15 downloaded the file but titled justflight, not marketplace as on previous occasions.

Okay I actually noticed this as well, but I didn’t mention it because I never really looked at the F-15 folders before because I never really had a reason to, so when I was having all these issues with the F-14, F-15, and F-16, when I went to delete the F-15 as well as search for possible other folders that had it, I noticed that mine also said “Just Flight F-15” and I thought that was odd too because like you, I purchased the F-15 from marketplace, not Just Flight.

If you would like me to help you in determining your performance, I suggest taking your F-15 and lowering the fuel to 30%, clear skies and depart from Heathrow Runway 27R. Do it with flaps down and once you have lift off, retract landing gear and flaps. Do not touch the stick, just let it fly straight.

I’m not ripping DC designs. I really would like to know why the texture quality is sub standard. I have your concord and bird dog. Compared to most other aircraft including the stock planes, the cockpit and exterior are not up to standard.

I would really like to know why DC designs doesn’t create their aircraft with better looking textures. It really kinda ruins it for me. I really want to get the F-14 but after seeing YouTube reviews I just can’t get over the textures. Especially in the cockpit.

Also I fly strictly in VR. I have G2 and running a 3090 card. Everything is set to ultra in VR and most aircraft look spectacular. When I loaded up concord it was a little disappointing in the cockpit. It flys fine.

So DC Designs, why don’t you use better textures in you aircraft and do you plan to upgrade the textures in the near future? If you do I will buy all of your stuff!

Questions and requests are not allowed to be answered on this forum by developers or their team members. All such requests should be directed to my Facebook page as per the forum guidelines. We will not respond to any further questions or requests here.

URL for your Facebook, please, if you posted it earlier I missed it. Thanks.

I have your concord and bird dog.

The Cessna Bird Dog isn’t even a DC Designs product, it’s by BlackBox Simulation. You could at least learn which developers are which before you take them to task.

I can’t see the F15E in the MSFS menu ( select aircraft )
Removed everything and downloaded again, default…
Could anyone help, please ?

Trying to learn how to record in VR 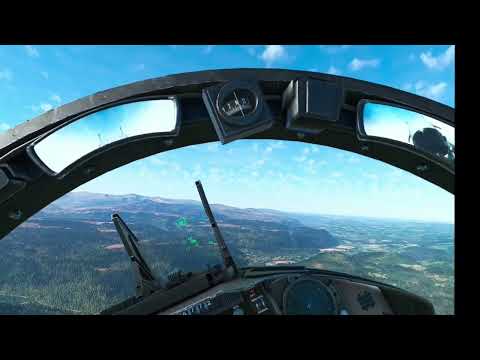 Hi there, is any one know how to set up the engined red cover and stair for the F15.
Thanks
Dylan

on the right hand panel to the rear, there are some toggle switches for chocks, covers and GPU.
turn them on and when the plane is completely shut down they will appear

Thanks very much appreciate